One of the worst things about backpacking is the fact that you need to travel light, that means souvenirs can be a massive no-no. But, being human, you’ll want some keepsakes, something more than just pictures.

There are some items that make great backpacking souvenirs. The important thing to remember is keep your souvenirs small. Don’t buy anything that’s big and bulky, you don’t want to be carrying it round for the rest of your trip! When buying backpacking souvenirs think carefully, will it be broken easily? Is there a chance it may be confiscated on your next flight? Also, do you really have the money spare to spend on such luxury items?

If you really do want something that’s a bit big and possibly breakable, I’d advise sending it home. However, this can obviously be a little pricey, a way to reduce the cost is to post it via ship, not plane (although it takes a lot longer, but that’s why it’s cheaper!) Here’s my list of cheap, easy to transport (or cheap to send home) backpacking souvenirs:

Yes, postcards make great backing souvenirs. They’re cheap, you can buy them practically anywhere and post them home. If you don’t want to send them home, they’re easy to store in a bag (though I’d store them in a book to reduce the risk of them being bent). Postcards normally have better pictures than you could ever take too! What’s more, send them to a close family member to make sure they know you’re thinking of them (even if you’re not, it’ll make them happy).

Patches are another great souvenir, they’re small, cheap and you can get them in most places. The added benefit is once you’ve sewed a couple to your bag, you’ll never mistake your bag when you get off a flight! The only downside to patches is having to sew them on – I hate sewing and have never managed to get all my patches on my bag, but I’m still glad i’ve got them!

Free leaflets and used tickets, they’re either free or you’ve already paid for them anyway! I love pouring over old leaflets, it’s a trip down memory lane, which is the point of souvenirs. These items also make it easier to explain to people what you’ve done when you get home. Once you’ve collected a few you can always post them back too, it won’t cost too much!

Now, I’m obviously not advising you to steal beer mats from pubs, but if a cool beer mat falls into your pocket I’m sure pubs have a budget for beer mats that get damaged anyway… Plus you’ll be advertising for them… (And a easier souvenir than a glass…) Once again, nice and small and easy to post home or carry around (do you see a pattern with backpacking souvenirs yet?)

You’re backpacking, you want to immerse yourself in local life, so why not get some local fashion items. This mainly applies to underdeveloped countries as most of the developed countries have the same ‘fashion’. You’ll be helping the local economy and have some authentic souvenirs.

You’ll end up with this anyway and no where will exchange it. Don’t try to get rid of it at the airport, buying last minute bits and bobs that you don’t want or need. That loose change makes a great keepsake of where you’ve travelled!

Backpacking souvenirs can be difficult as you’re trying to travel light and don’t have much money to spare on such luxuries. However, there are some small and cheap items that actually make really good keepsakes. Just make sure you think carefully about what you can actually get back easily. 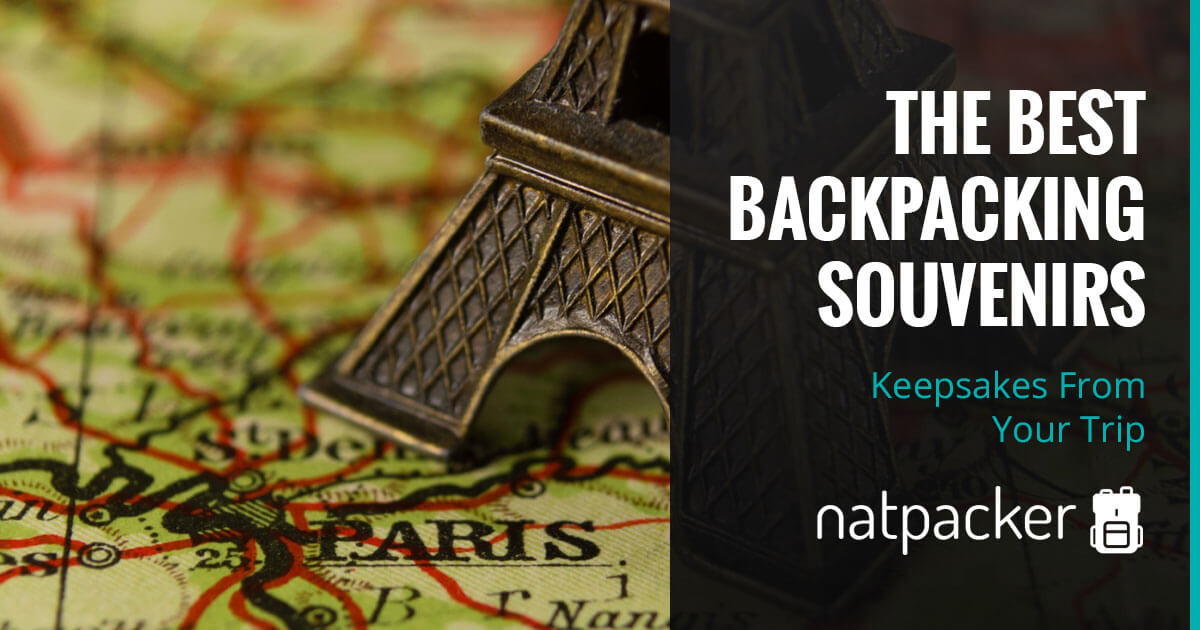