Snowdon is one of the Three Peaks mountains and the tallest peak in Wales. Known as Yr Wyddfa in Welsh, this mountain attracts a lot of tourists. It is located in the beautiful Snowdonia National Park and with several routes to the summit, and the Snowdon Mountain Railway, it draws the crowds. There are easy walking routes and much more difficult ones, so no matter your ability there should be a way for you to reach the summit of Snowdon. And if all else fails (or you don’t have the time) you can reach the summit by train.

Snowdon is the tallest mountain in Wales, at 1,085 metres (3,560 feet) above sea level. The mountain that you see now are the results of both natural and human processes.

The mountain rises above the town of Llanberis in Gwynedd, North Wales. Due to the ease of getting to the summit, it is the busiest mountain in the United Kingdom.

How Was Snowdon Formed?

The mountain of Snowdon was formed by volcanoes in the Ordovician period, which was around 485 million and 443 million years ago. The massif that was formed due to these volcanoes were then extensively sculpted by glaciation, which has given Snowdon, and the surrounding area, the shape we see today. There is the pyramidal peak of Snowdon itself, narrow ridges such as Crib Goch and cliff faces. Snowdon Has Many Ridges Formed By Glaciation

The first ascent of Snowdon was in 1639, by botanist Thomas Johnson. Tough this is the first recorded ascent, there are arguments for previous ascents. The cliffs were used by ±Edmund Hilary as he trained to climb Everest in 1953.

The mountain is now a National Nature Reserve as you can find rare fauna and flora here. One example of the rare plants you can find here is the Snowdon lily, which is also found in the Alps and North America.

The History Of Snowdonia

There are several prehistoric sites in Snowdonia, so human history here goes back for thousands of years. The most important is an Iron Age settlement known as Tre’r Ceiri. The Romans also built several forts in the area during their invasion of Britain.

In more recent times, Snowdon has been important for industry. From this area, slate was quarried. Copper and gold were also mined from this area.

The slate was used for roofing for many buildings all over Britain. At the industry’s peak, more than 485,000 tons of slate was produced and 17,000 men were employed. There are still some small quarries that operate in Snowdonia today, but at nowhere near the scale of the past.

Being in the UK, naturally, there is a legend associated with the mountain. And with Snowdon, there is a story of King Arthur. There are a few place names in the area that link to this mythological monarch.

The legend of Arthur in the region is that a giant, called Rhitta, lived in Snowdon. This giant made a cape for himself from the beards of his fallen enemies. None of the kings in the area could defeat this giant.

The giant missed one beard from his collection, Arthurs. So the giant sent a message for Arthur to shave off his beard and send it to Rhitta. If he did not, the giant would come and rip it off. Arthur was enraged by the giant’s arrogance and so set out to confront Rhitta.

The Giant and Arthur meet at dawn at the highest peak in Snowdonia and fought. Both were wounded. But at last, Arthur found some remaining strength and put his sword through Rhittas skull. Arthur and his men buried Rhitta by piling rocks on top of him. The place was named Gwyddfa Rhitta, which means “Rhittas Tomb”. Over time, this became Yr Wyddfa, the Welsh name for Snowdon today.

Some of the lakes are also thought to be contenders for the lake that Arthur pulled Excaliber from. One of The Lakes On The Pyg Track

Visiting the highest peak in Wales is a must if you’re travelling in the UK. Though it is very popular and so it can get crowded, it is still worth it. You can easily avoid most of the crowds by taking less popular paths to the peak (though the peak will still have crowds).

At the summit, there is a cafe, which joins the railway station. Here there are toilets and you can buy refreshments (and warm-up) before tackling the descent. However, be sure to check opening hours if you’re going to depend on using this cafe. On The Summit Of Snowdon

This is not a full guide to the paths of Snowdon, but an overview. Please research the path you want to take before climbing Snowdon. And be prepared with an Ordnance Survey Map of Snowdon 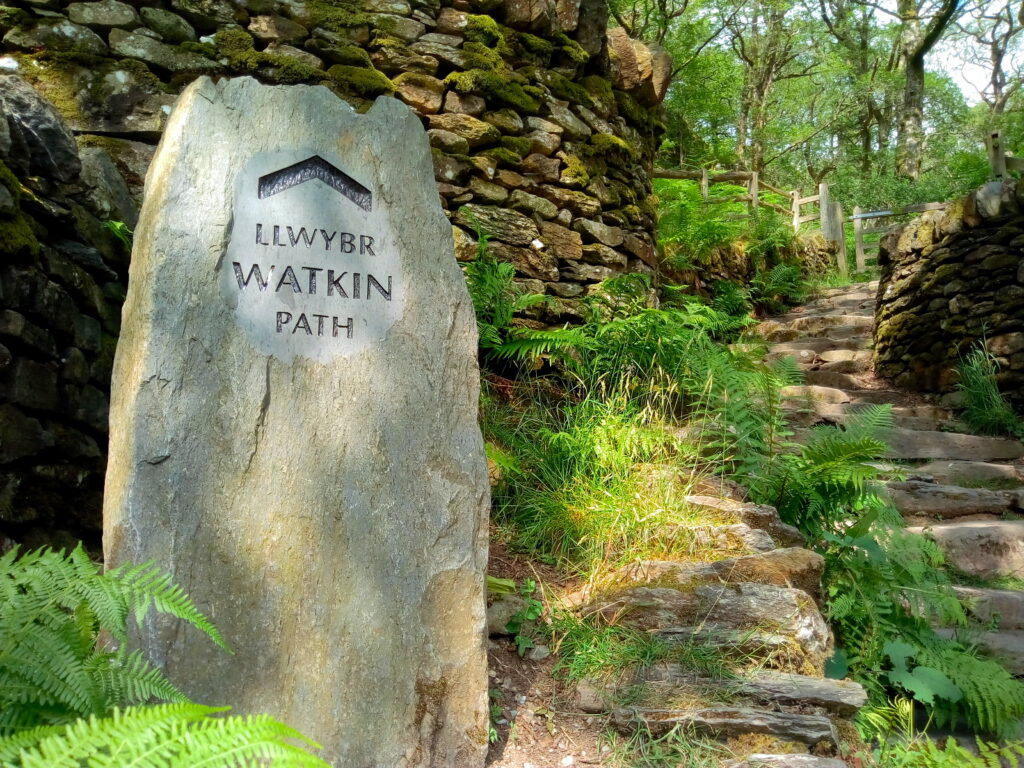 The Start Of The Watkin Path – My Favourite Snowdon Route

There are plenty of routes to the summit of Snowdon. Each has its own appeal. The six main routes are:

Important Information About Hiking The Mountain

Whichever route you choose, remember that they are all classed as “strenuous”. For all paths, it takes about 6 to 8 hours to reach the summit of Snowdon and then complete the descent.

It is also important that you plan your climb. Weather on mountains is very changeable, so be prepared for all weathers and wear suitable clothing. Look after your feet, as they will be working hard, so wear comfortable, sturdy walking boots and good hiking socks. You will also need to make sure that you have plenty of water and food to get you to the summit and back. 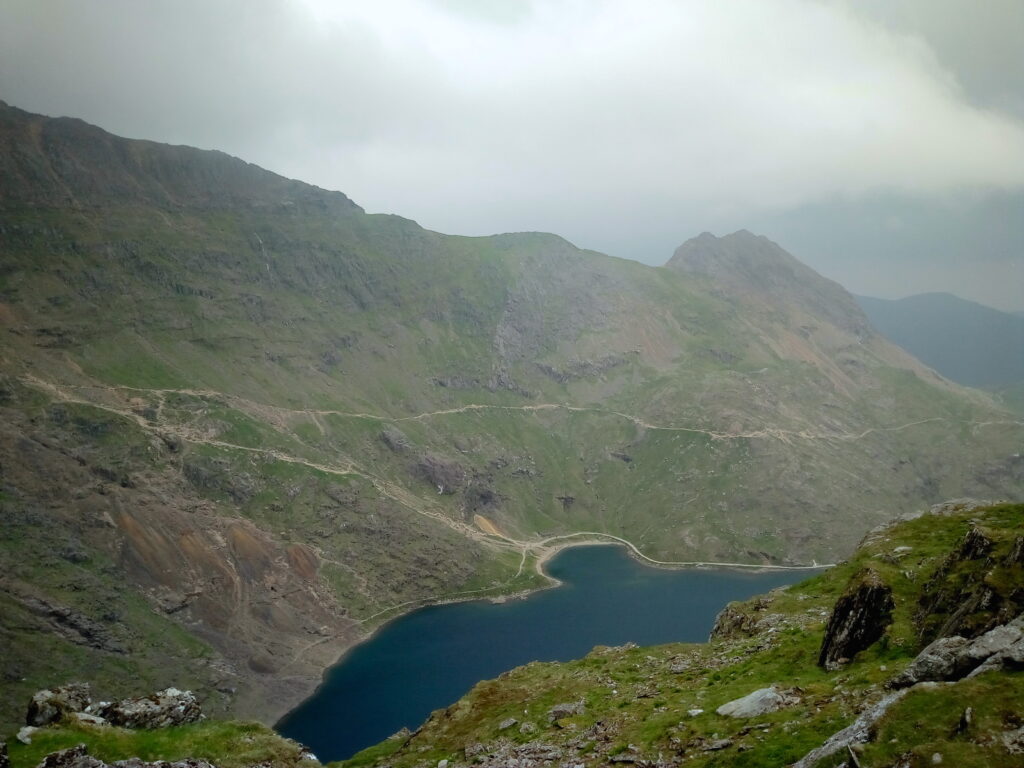 It is also possible to hire a guide to lead you up to the summit, if you are not confident on your own, or want someone to tell you a bit about the mountain. It can also be a good idea if you are tackling Crib Goch.

If you’re not up for a walk (or don’t have the time), you can still summit Mount Snowdon. This is done by using the Snowdon Mountain Railway.

This is a narrow-gauge railway that is the only public rack and pinion railway in the UK. Starting from Llanberis, the railway travels 4.7 miles (7.6 km) to reach the cafe just before the summit of Snowdon.

The railway was opened in 1896 and has been a popular tourist attraction for more than 100 years. It is owned and operated by Heritage Great Britain.

The train does not run during the winter. And although it runs during some of the harshest weather conditions in Britain, extremely bad weather does cause it to be closed.

You can check out times and prices here.

There are several cliffs in the Snowdon Massif which are important rock climbing locations. Clogwyn Du’r Arddu (or “Cloggy”) was the site of the first recorded climb in Britain. There is also Y Lilwedd, which even made it into a climbing guide book.

There are plenty of climbs in Snowdonia. Some are advanced, but there are also areas where beginners (with guides) can have a taste.

However you explore Snowdon, it is important to remember that mountains can be fickle. So you must be prepared. To explore this mountain remember to: 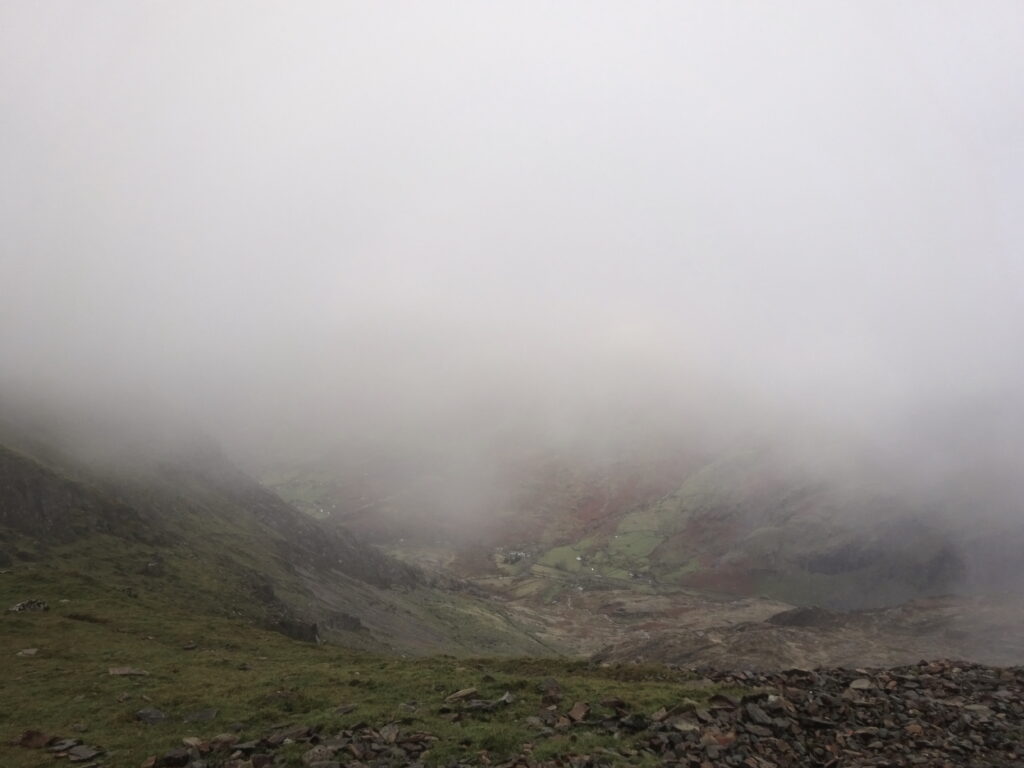 The Weather is Very Changeable And Mist Can Descend Quickly

How To Get To Snowdon

How to get to Snowdon very much depends on the activity that you are doing. The train and Llanberis path start at the town of Llanberis, where there are car parks. There is also a car park at the Pen y Pass for the Pyg and Miners’ Tracks.

However, due to the mountains’ popularity, car parks can get very busy. Therefore you need to arrive very early to get a space. 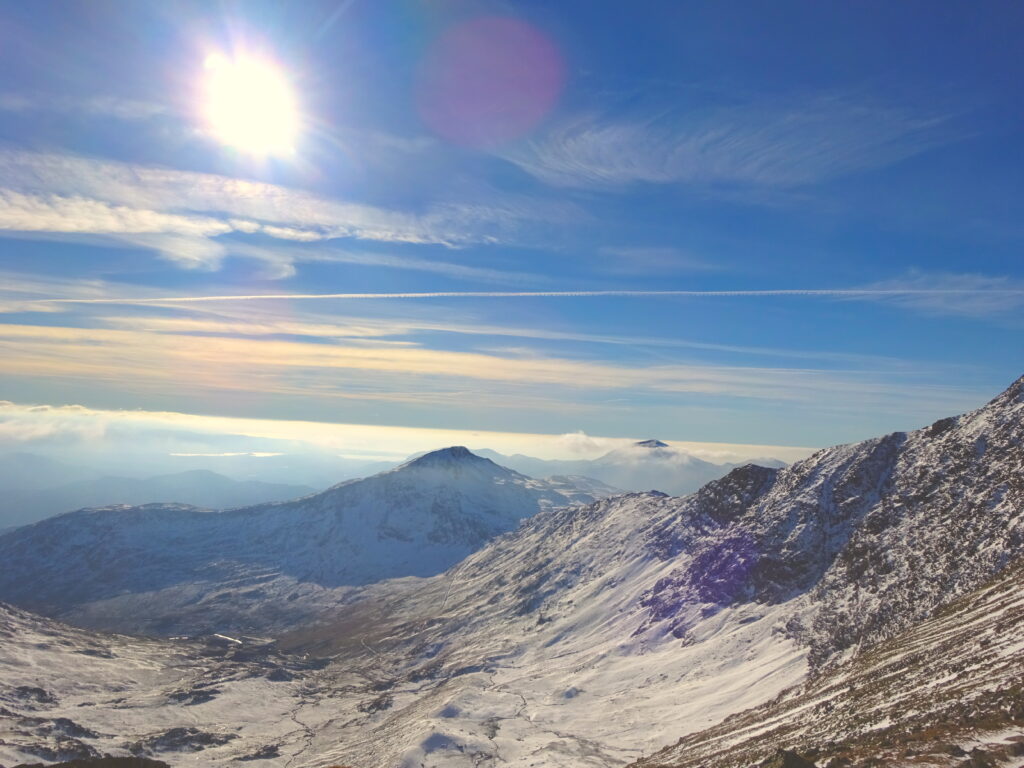 Views On A Good Day Are Incredible

Another option is to use the Sherpa Bus Service. This bus links the main six routes up Snowdon and surrounding areas. Not only is this a great way to explore Snowdon without a car, but it also means that you aren’t limited to paths depending on where you park. As you can get back to where the car is.

The route goes around the base of the mountain, so you can start at one car park and finish at another.

If you are exploring Snowdon without a car, this bus service also connects other cities, so you are not limited to staying in Llanberis. You can see the full service here. You can stay in Betws-y-Coed, Caernarfon, Llandudno, Bangor or Porthmadog and still be able to get to Snowdon on this service.

Want to explore North Wales and reach the summit of Snowdon? Find nearby hostels on HostelWorld. 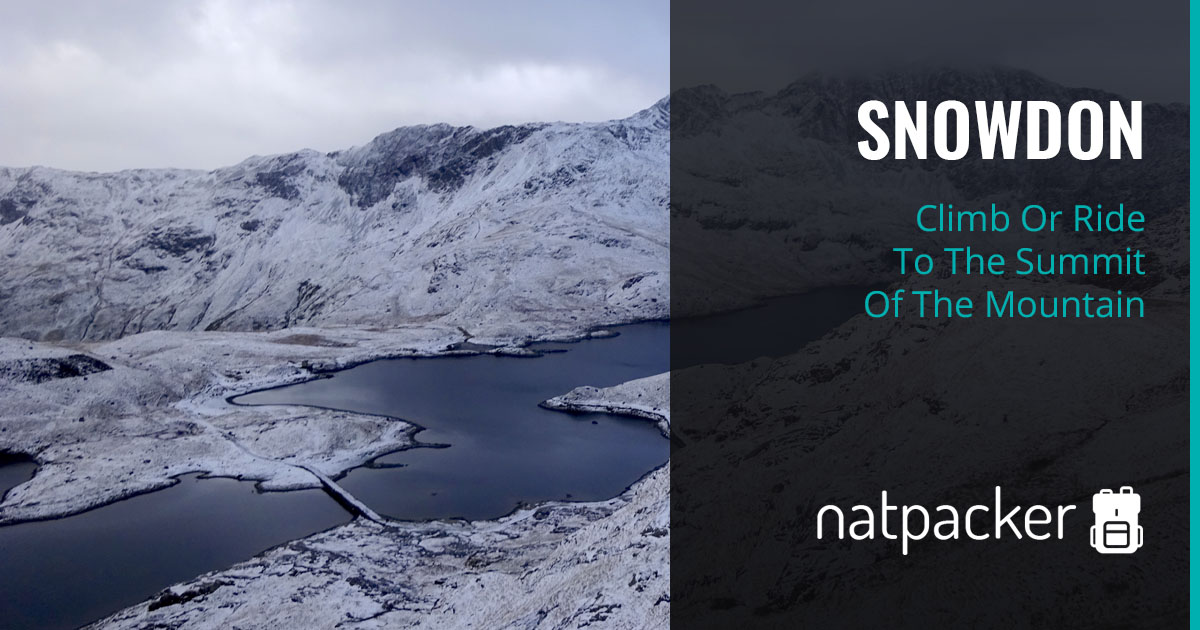