El Zócalo in Mexico City is definitely something you can’t miss when exploring CDMX. Part of the UNESCO Site of the Historic Centre of Mexico City, this main square is surrounded by other attractions of the city. There’s plenty to do nearby and it’s very much the hub of the city. From the Zócalo you can find museums, murals, historic architecture, taquerias, restaurants, hotels and more. If you’re looking for things to do in Mexico City, heading to the Zócalo is a good place to start!

The Zócalo in Mexico City has quite a long and varied history. Before the Spanish came, this was the heart of the Aztec capital Tenochtitlan. The square was an open space, with the sacred precinct containing Templo Mayor to the North East. There was also an important intersection of roads to the south.

When the Spanish invaded and took over what became Mexico City, they very much kept this open space the same. The new main plaza was placed here by Alonso Garcia Bravo. Around the Zócalo were placed a number of important buildings, such as a new church (later replaced by the cathedral) to the north, and the new palace to the east, which was built over the ruins of the Aztec palace. 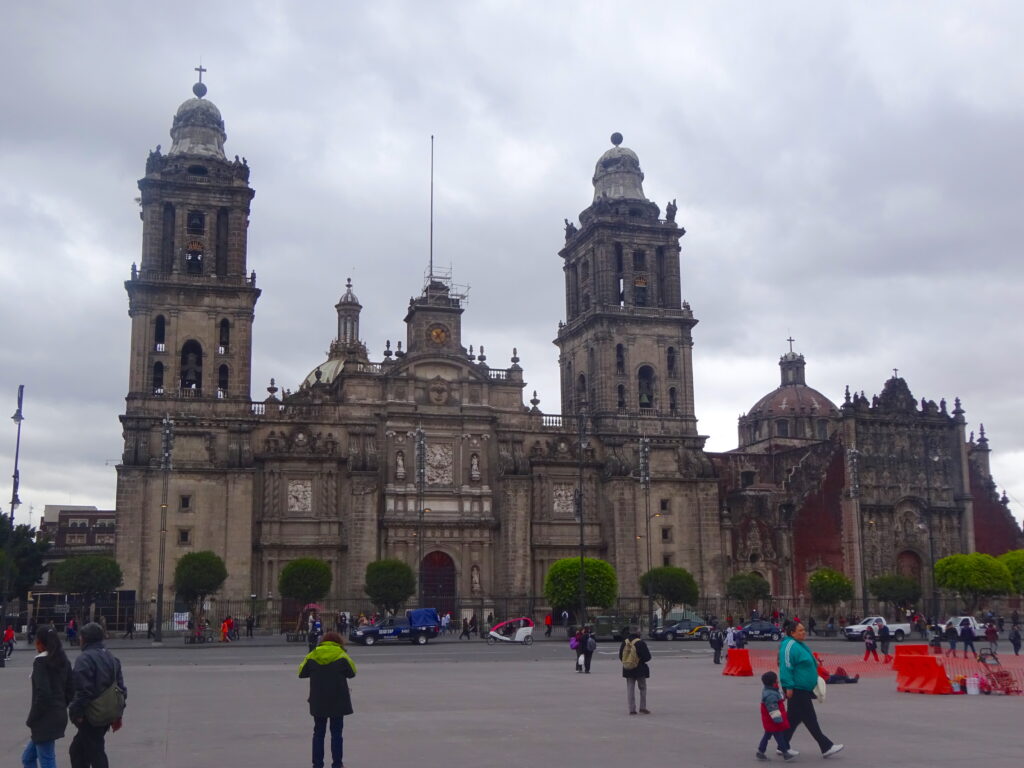 The Cathedral Is A Must-See On the Zócalo

Over the centuries, the Zócalo held markets, protests, and riots. The square, though bare today, held many monuments and statues. Many changes happened and discoveries have been made, such as the discovery of the Aztec Calendar when the Plaza was being repaved in 1789. This calendar can now be seen in the Anthropology Museum. 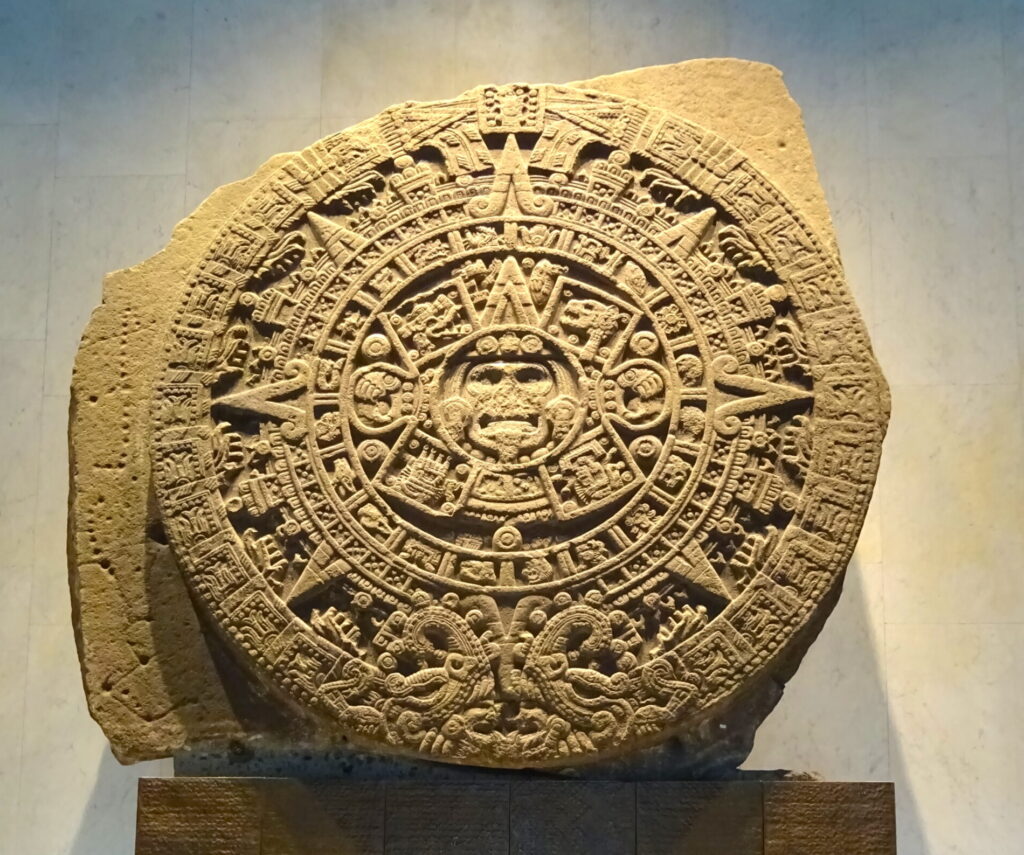 The Zócalo And The Independence

This Square in Mexico City played some key roles in the fight for Independence. One symbolic move that took place here was the removal of the equestrian monument to Charles IV, which is now in front of the National Art Museum.

Then on December 4th and 5th 1828, the market on the Zócalo was looted and damaged by an uprising. Though it wasn’t until 1843 that the market was finally fully demolished, leaving the Plaza bare. The President who demolished this market, Santa Anna, wanted to build a monument to the Independence in the Zócalo in the centre, but only the base was ever made. This is also how the Zócalo in Mexico City got its name, as zócalo means “base” or “plinth”. Many other squares across Mexico have also adopted this name for their Plazas too.

Unfortunately, time took its toll and the Zócalo in Mexico City was allowed to deteriorate. By the 1970s, all that was left in the Zócalo were light poles and a large flagpole. During this decade the plaza was levelled again, parking prohibited and repaved with pink cobblestone. Despite this, the Zócalo and much of Mexico City’s historic centre was in disrepair as the end of the twentieth century loomed. In the 1990s, a $300,000,000 renovation of the square and the surrounding centre was launched.

The Zócalo of Mexico City is a well-known landmark of the city. Formally named La Plaza de la Constitución, this square is very much the heart of the city. The casual name that it is more commonly known by, El Zócalo, came about in the 19th century when an Independence Monument was meant to be built, but only the plinth was ever made.

The Zocalo Is Huge

The square itself is huge, and according to my Rough Guide, it is actually the third-largest in the world (though I cannot find this confirmed anywhere). Either way, it is massive and definitely one of the largest public squares in the world, and definitely the largest in Mexico. Measuring 200m from north to south and 240m from east to west, with no monuments, but just a large flag pole, it is an impressive sight.

If you want to take a tour that includes the Zócalo, check out this tour, which includes the main square, the Cathedral and more.

Things To Do At The Zócalo

If you’re looking for things to do in Mexico City, the Zócalo is a good place to start. The square is always animated, with dancers and music, buskers and even street stalls. You can also find people offering native cleansing rituals. There are even freelancers to be found in this central hub. Parades and protests are also held in this square, including the Day of the Dead Parade, which began in 2016.

Want to know more about this tradition? Read my post about visiting Janitzo for Dia De Muertos 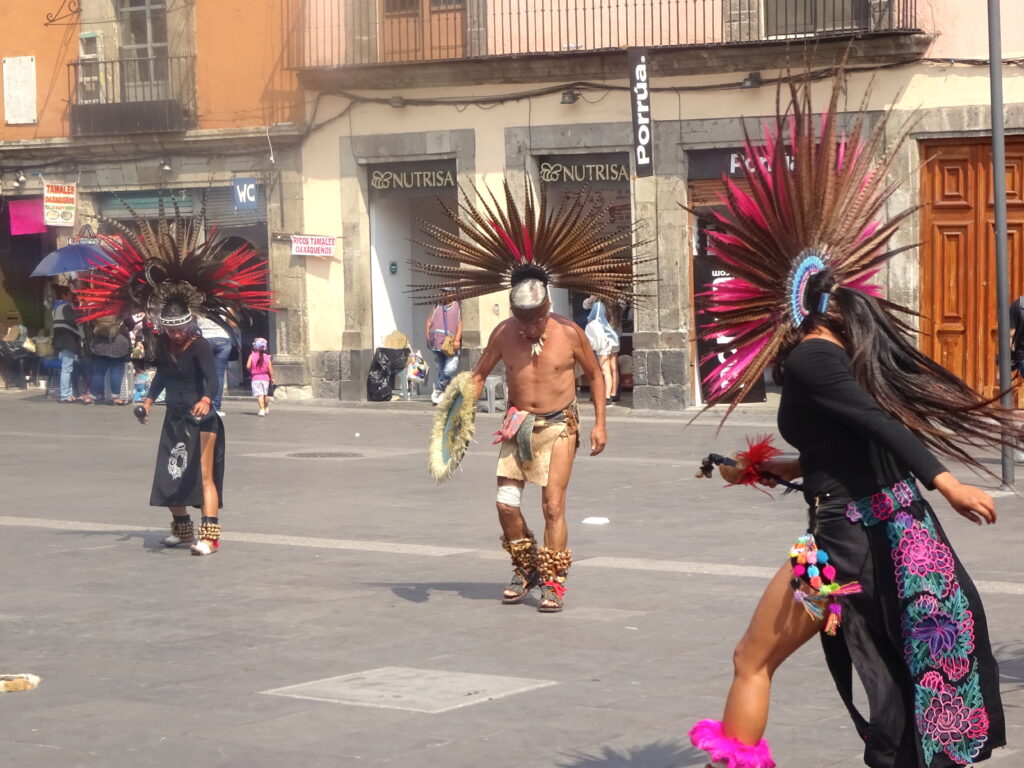 The Square Is Filled With Dancers

You are obviously not guaranteed to see any protests on the square, and the Day of the Dead parade is only in November. But one daily ceremony you can see is the lowering of the huge flag. During this ceremony, a troop of presidential guards march out of the palace, lower the flag and perform a complex routine. At the end of all this pomp, the flag is neatly folded and left in the hands of one of the guards. This ceremony takes place at about 18:00 and is raised again at about 06:00. 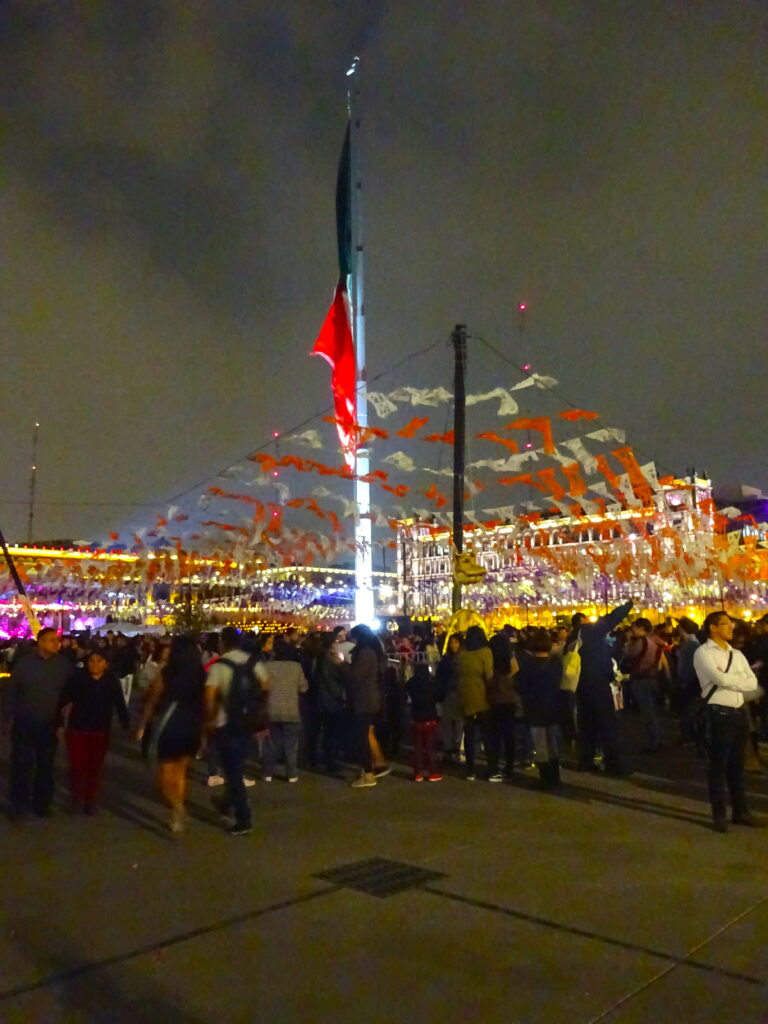 Surrounding the Zócalo are many of the main tourist attractions too. On the square itself, is the Cathedral and the Government Building. Just to the northeast of the Zócalo, by the cathedral, you will find the ruins of Templo Mayor. From the square, you can take tours of the city. There are also many restaurants and taquerias in the surrounding streets. It’s a good place to start your exploration of Mexico City from.

Templo Mayor was one of my favourite ruins in Mexico, find out more about my other top archaeological sites across the country.

Being such a big tourist attraction, and being surrounded by many more, it’s important to be cautious when exploring the Zócalo. Although it is not really a dangerous place, it is crowded, and so is a good area for pickpockets and scammers to make some money. Just use the same precautions you would in any busy, tourist area of a city, such as:

How To Get To The Zócalo Of Mexico City

WIth the Zócalo being the heart of Mexico City, it’s pretty hard to miss. Even if you tried to avoid it, you’d probably stumble upon it at some point if you’re exploring the historic centre.

If you want to start your explorations from the Zócalo, you can easily get there on the metro. As there are so many places to stay in Mexico City, it would be hard to give actual directions. All you need to know is that you just need to head to the Zócalo metro station, which is on Line 2 (the blue line). You Really Can’t Miss The Zócalo At Mexico City

Looking for other things to do in Mexico City? Check out Monumento A Los Niños Heroes and Chapultepec Castle.

If you want to stay in Mexico City, check out places to stay on HostelWorld. 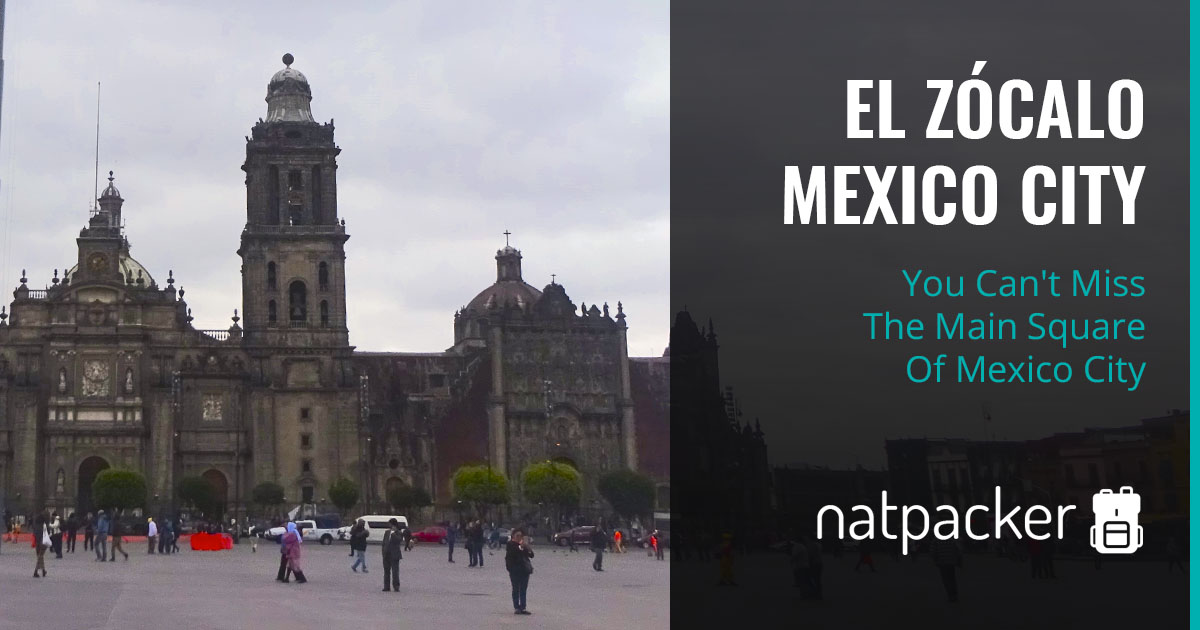