Monumento A Los Niños Heroes is found in Chapultepec Park, Mexico City, it is dedicated to the six Mexican Child Soldiers, who died during the Battle of Chapultepec.  These boys are also known as the Heroic Cadets or Boy Soldiers. It is a imposing monument and moving. So, if you are planning to explore Chapultepec Park you should make this one of the features of the park to see. 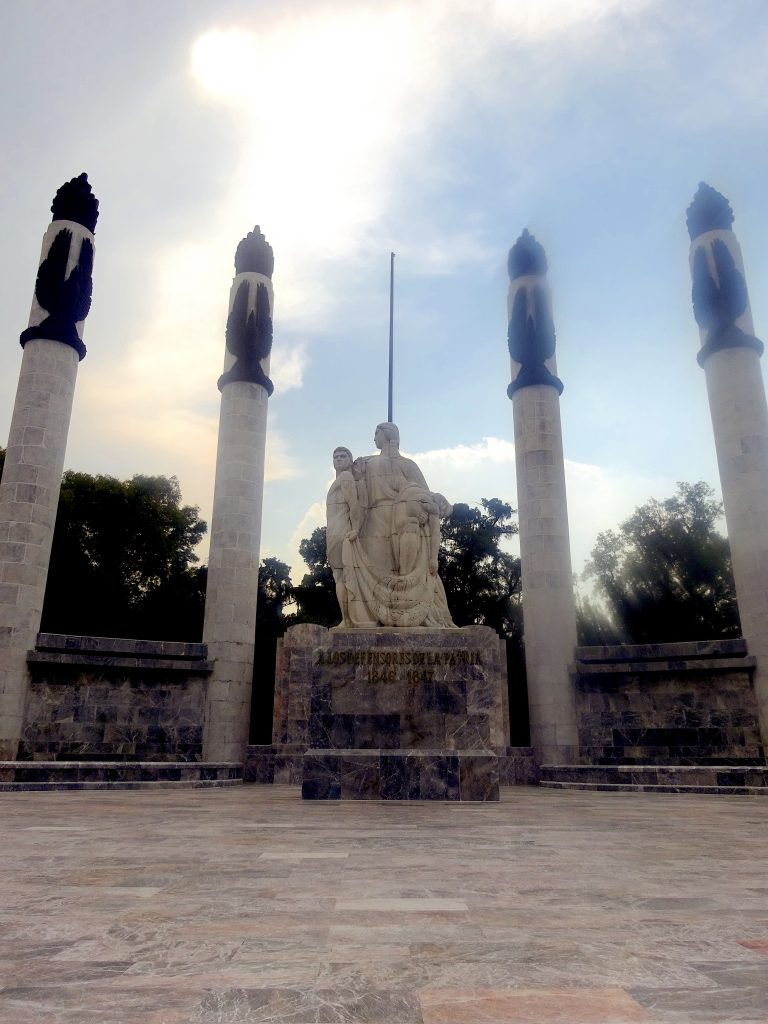 The Mexican’s were severely outnumbered during the battle and despite the castle’s position of 200 feet above ground level there were not enough men to defend it. General Bravo ordered a retreat after about two hours of battle. However, six cadets refused to fall back, the cadets were all aged between 13 and 19.

Legend has it that Juan Escutia was the last cadet standing during the battle. To prevent to Mexican flag being taken by the enemy he wrapped himself in the flag and leapt from the castle. There is a mural of this in Chapultepec Castle.

The Niños Heroes names are:

Los Niños Heroes are now an important part of patriotic folklore in Mexico. The boy heroes have streets named after them all over the country. You will also find memorials and murals everywhere. The 13th September is a National Holiday in honour of the Child Heroes.

Monumento a Los Niños Heroes was erected in Chapultepec Park in 1952, it was made by the architect Enrique Aragón and the sculpture Ernesto Tamariz. The official name is actually Altar a la Patria (Altar to the Homeland), though it’s popular name is Monumento A Los Niños Heroes (Monument to the Boy Heroes). Most people know the monument by it’s popular name, which is also the name usually used in guidebooks and on blogs. 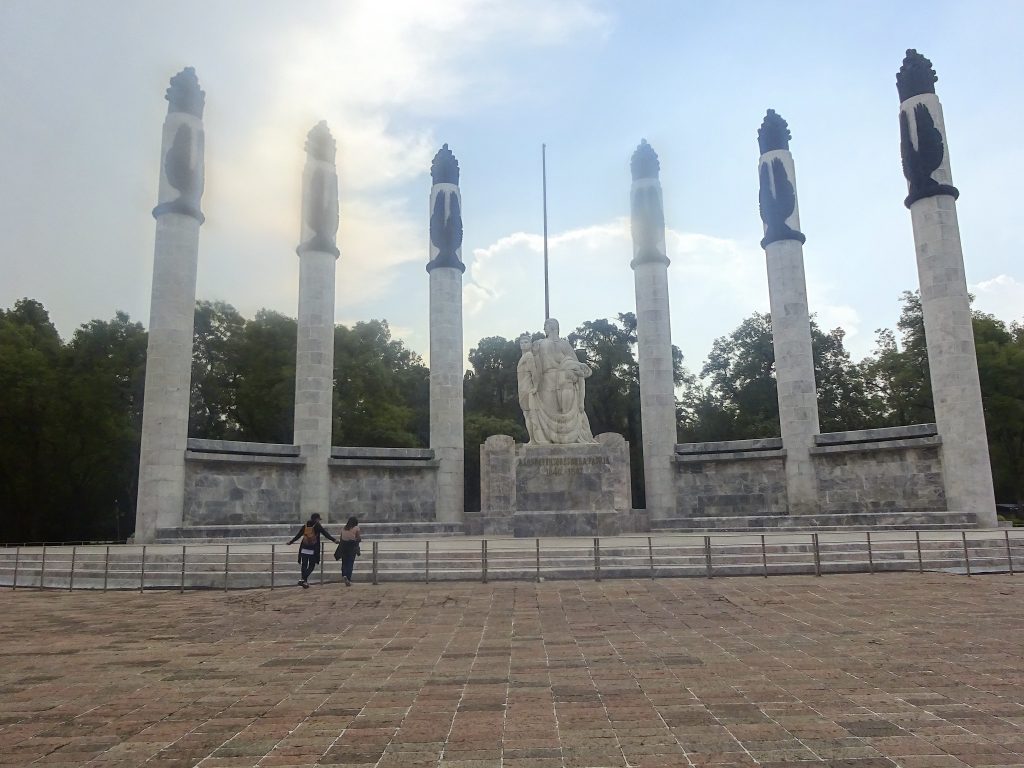 The monument is made from Carrara Marble. The imposing monument is a semi circle, with six columns.. There is a column for each of the boy soldiers that died. Each column contains a niche, which holds an urn with the remains of one of the cadets.

There is also a statue below the main monument. Inside this statue are the remains of Colonel Felipe Santiago Xicoténcatl, who also died during the Battle of Chapultepec. He did not want the Mexican Flag that identified his battalion to fall into the American’s hands. And so, severely wounded he wrapped himself in the flag and died beside his men. 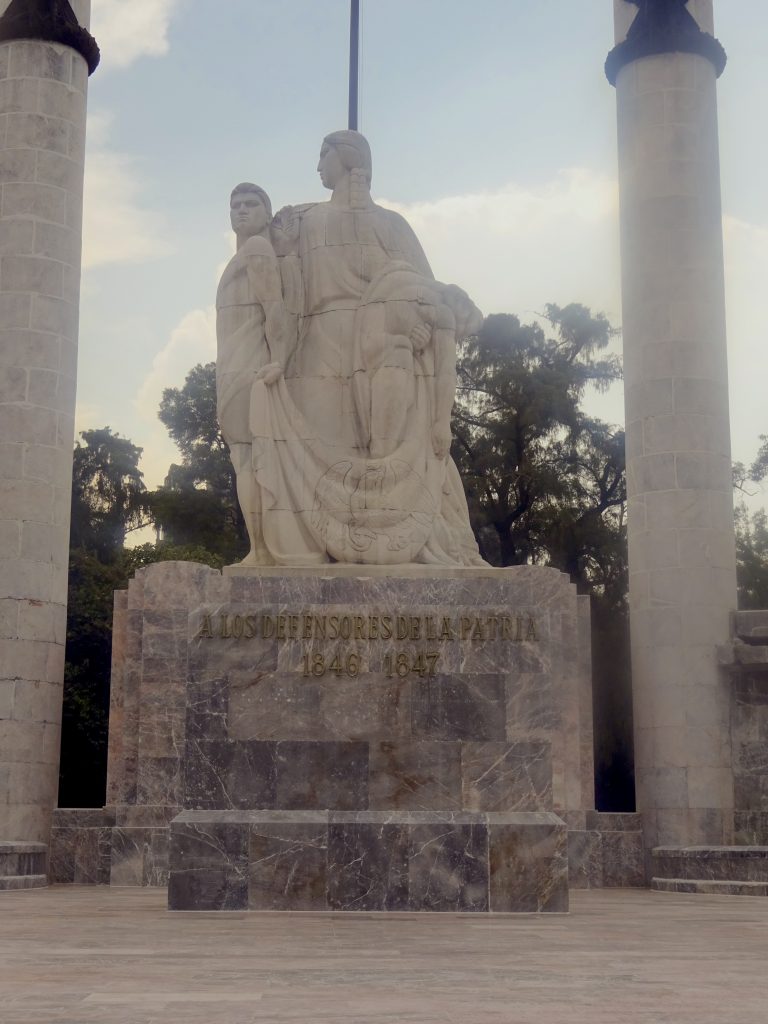 The Centre Statue Of The Monument To The Child Heroes

The monument is found at the end of the old Walk of the Emperor – known today as Paseo de la Reforma (Walk of the Reformation). This is also one of the entrances to Chapultepec Park. It’s really not hard to find in this location.

The nearest metro station is Chapultepec. On exiting the station, simply walk through the park’s entrance and you are there.

Alternatively, you could walk from the city centre to the monument. Simply walk down Reforma, which is an impressive street to walk down and worth doing. Alternatively, if you are visiting the park from a different entrance, simply follow the maps to the Reforma entrance. Once there the monument’s easy to find. 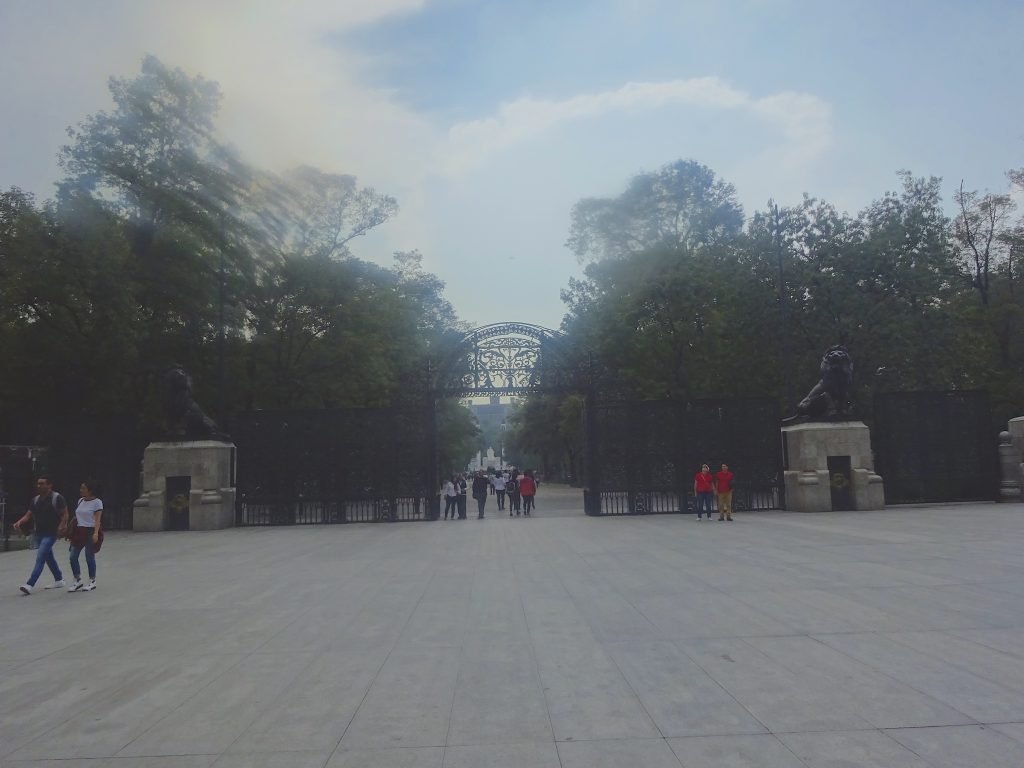 If you want to know more, check out TripAdvisor. If you want accommodation in Mexico City, head to HostelWorld.

Let me know what you think of Monumento A Los Niños Heroes in the comments below.