Mexico certainly isn’t short on archeological sites to be explored. There’s many more to ancient Mexico than just the world-famous Chichén Itzá. Many are found on the Yucatán Peninsula, but there are many more throughout the country. Every site is unique, with different features, due to being built in different times, by different people. Each one has historic and cultural importance. If you want to delve into the ancient history of Mexico, you need to visit more than just Chichén Itzá. Here are, what I believe to be, some of the best archeological sites in Mexico that you shouldn’t miss:

Uxmal (pronounced Oosh-Mal) translates as “thrice-built”. This UNESCO World Heritage Site is about an hour outside of Merida, in the Yucatán State and shows the finest achievement of Puuc-Mayan culture. The buildings are covered in elaborate decoration and like all Mayan sites Chac, the rain god, can be found everywhere.

Discover the other UNESCO Sites in Mexico you should visit

The reason this archaeological site makes this list for me is the main pyramid, Pirámide del Adivino (Pyramid of the Magician). This pyramid is one of the most remarkable of the Mayan world. The sides rise at an incredibly steep angle from the uniquely oval base. To go with this pyramid is a magical story of its creation (and I love a good story). Legend has it that an old sorceress lived where the pyramid ow stands. Here she hatched a dwarf son from an egg, who she encouraged to challenge the king to various tests. Naturally, the dwarf won every test with a little bit of magic. Finally, the king challenged the dwarf to build a pyramid overnight. The dwarf built the Pirámide del Adivino in the time frame and became the king of Uxmal. 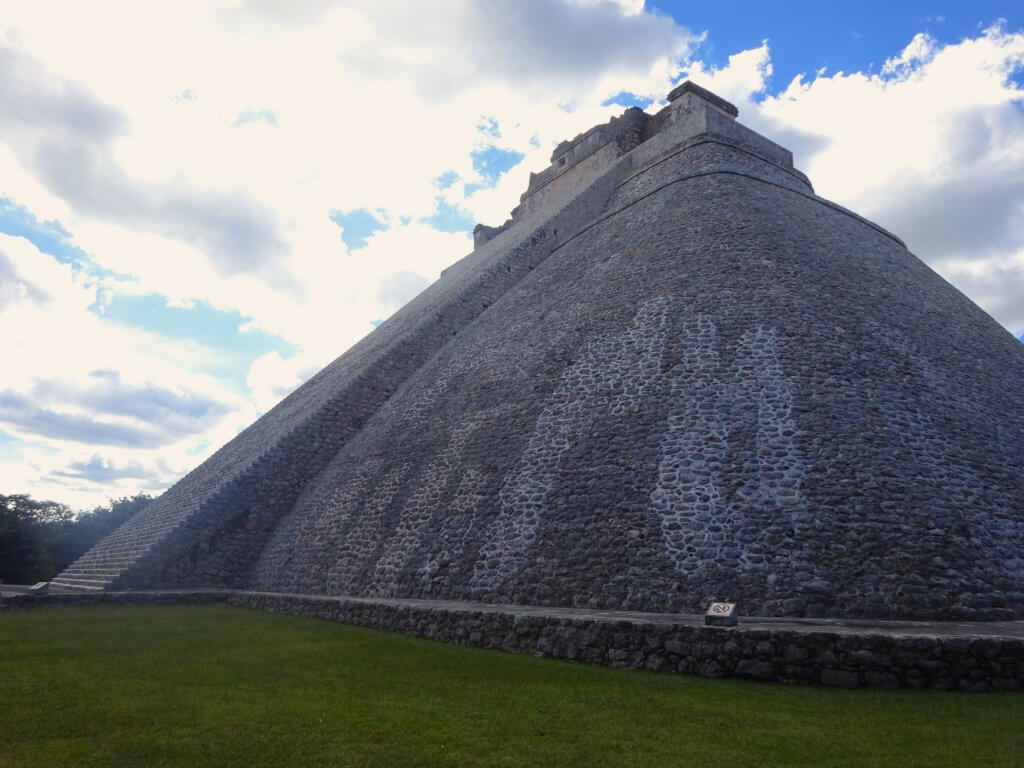 Another Mayan site on the Yucatán Peninsula, Calakmul is found in the state of Campeche near the Guatemalan border. Hidden deep in the jungle, this UNESCO World Heritage Site is not the easiest place to get to, but it’s well worth the effort. Only partially uncovered, with nearly seven thousand buildings in the central site alone, more steles and pyramids than any other site, Calakmul is possibly the largest archaeological area in Mesoamerica. 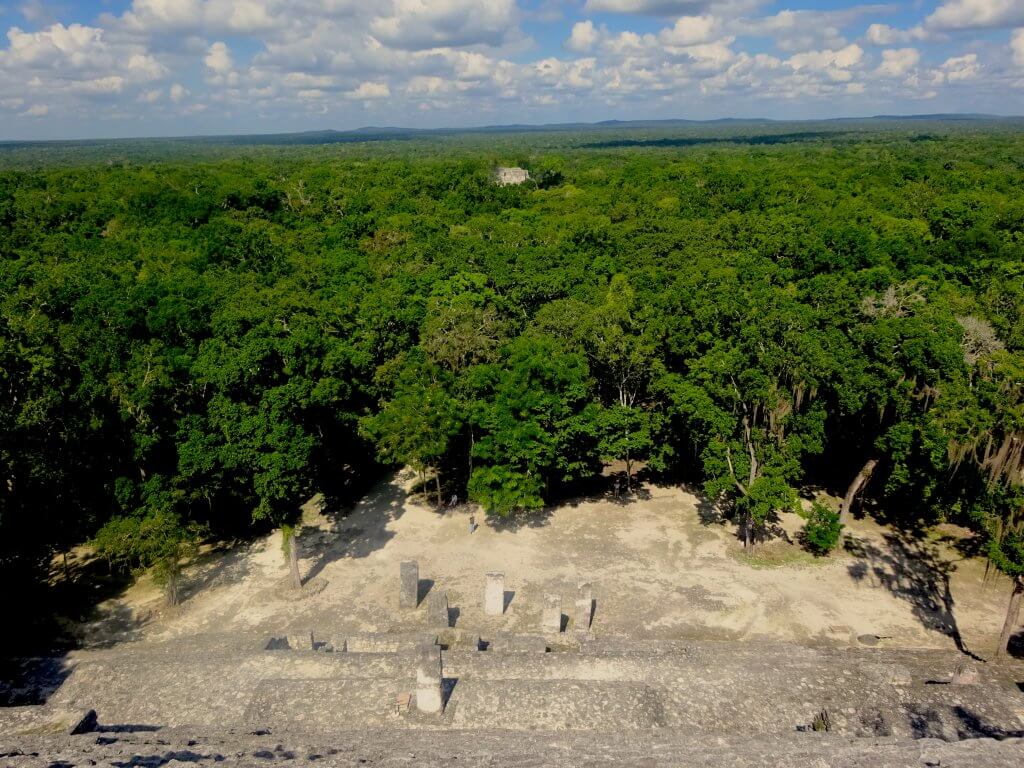 The pyramids can be climbed at this site, and it’s worth tackling the steep steps to do so. At the top you are reward with views of the jungle, with other pyramids poking out through the treetops.

Read about my trip to Calakmul from Chetumal

In the state of Veracruz, the UNESCO World Heritage Site of El Tajín can be found. This is arguably the most impressive and important archaeological site on the Gulf Coast. The site itself is split into two areas: Tajín Viejo and Tajín Chico.

In Tajín Viejo is a unique pyramid, Pirámide de los Nichos. This was one of the last pyramids to be built and is one of the most remarkable of Mexican ruins. Six receding tiers rise up to the height of 20 metres and each face has regularly spaced niches. There is a steep stairway at the front of the pyramid that leads to where the temple would have stood. The number of niches, including the damaged ones around the base of the temple and those that the stairs hide, adds up to 365. Obviously, these must have had more than a purely decorative purpose and there are plenty of theories as to their use. 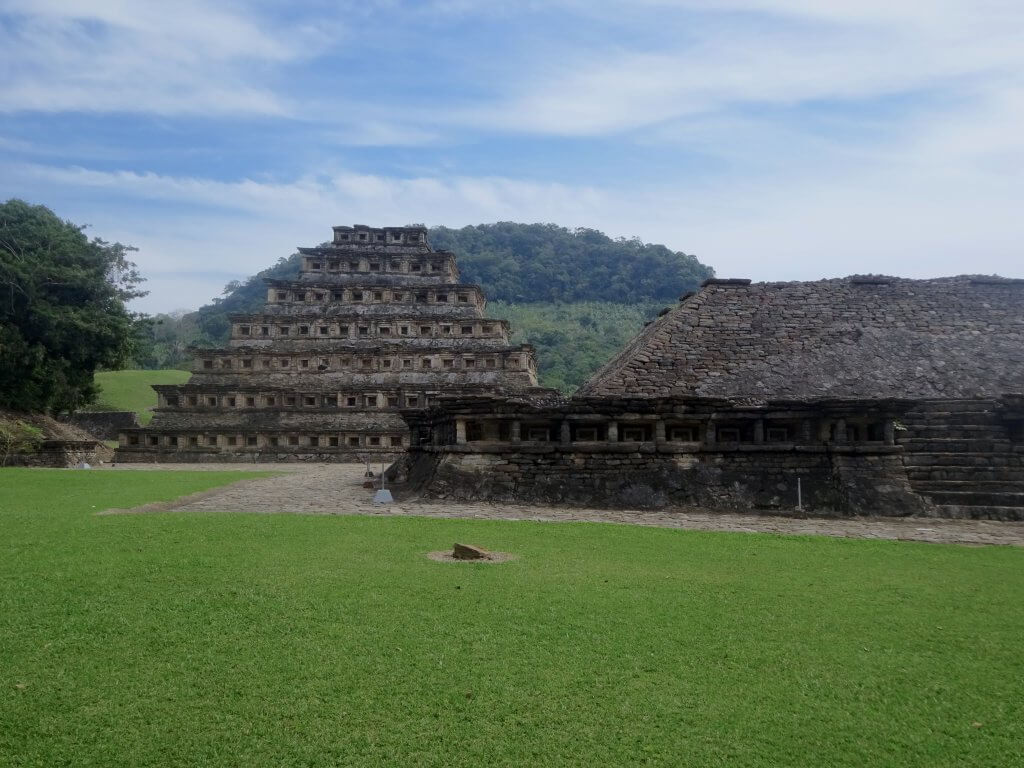 No one actually knows who built this site. Some say the Huastecs, others argue the Totonacs, making this one of Mexico’s most enigmatic sites.

The small Mayan ruin of Bonampak in Chiapas, is well worth the effort of travelling there. Even though the small buildings won’t wow you, but the interiors certainly will.

Inside the modest-looking Edificio de los Pinturas, which is about halfway up the steps of the acropolis, you will find something stunning. Inside three separate chambers are the Bonampak Murals. These cover the walls and ceilings of the chambers and depict vivid scenes of Mayan life. Although time has faded these murals, and only small parts have been restored, they are still stunning. There’s nothing like them in the rest of the Mayan world. 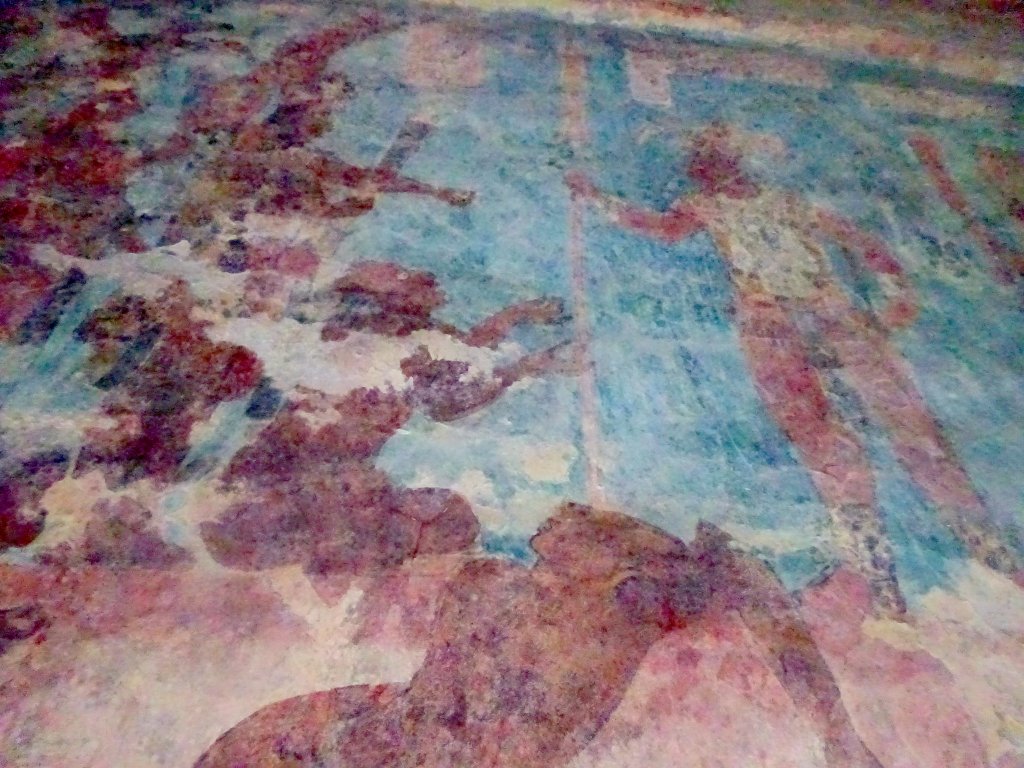 Another Mayan ruin in the Chiapas state, Palenque actually has more in common with other Mayan ruins in Guatemala than Yucatán, yet this archaeological site is unique. The number of inscriptions and reliefs are not found elsewhere in the Mayan world. Also, the Towered Palace and Pyramid Tomb are like nothing else that has been uncovered. 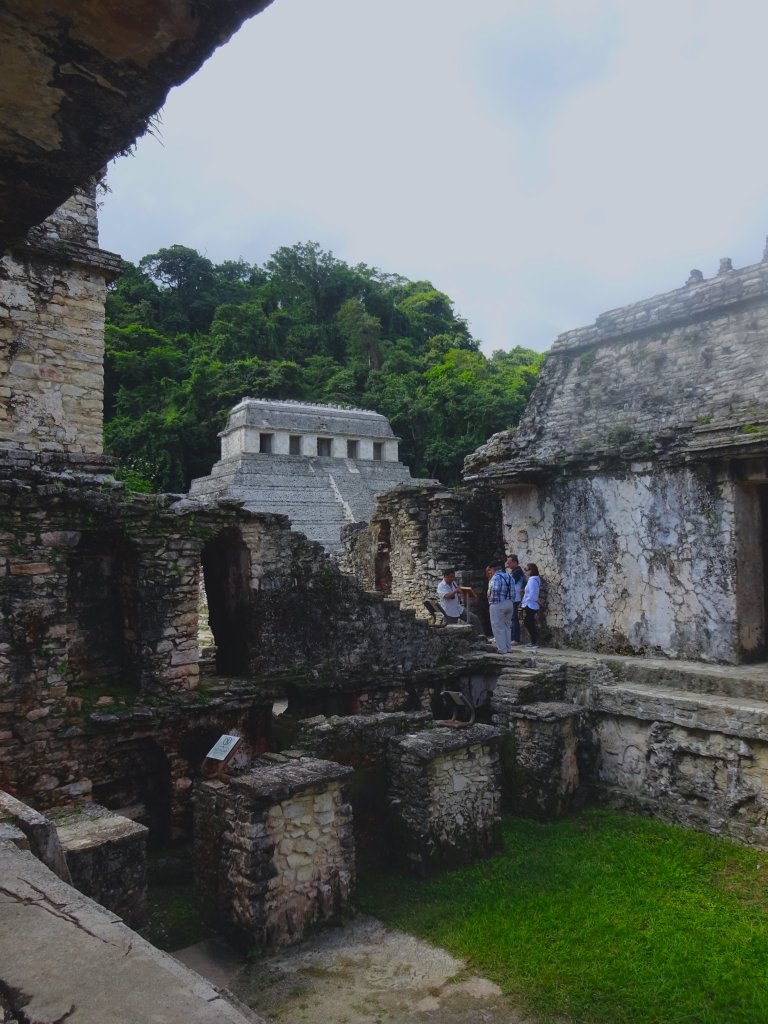 Templo de las Inscripciones may not look as impressive as El Palacio, but is very important. Inside this Mayan pyramid was found the tomb of Pakal the Great. This tomb was the first and most important pyramid burial to be found in the Americas. The smaller building next to this pyramid holds another tomb, Tumba de la Reina Roja, which you can enter to see the sarcophagus.

There are also buildings hidden in the jungle that are not part of the main site. It’s well worth doing a jungle walk to discover them.

About an hour away from Guadalajara, the Teotitlán ruins of Guachimontones can be found. Included in the UNESCO World Heritage Site of the Tequila region, it is the major site of Teotitlán traditions, though it is possible that the city was founded by Aztecs.

What makes this site unique is the pyramids. The structures are rounded stepped pyramids that are in the centre of circular building complexes. The pyramids are overgrown with grass and although the site is small, it is very unique among archeological ruins in Mexico. 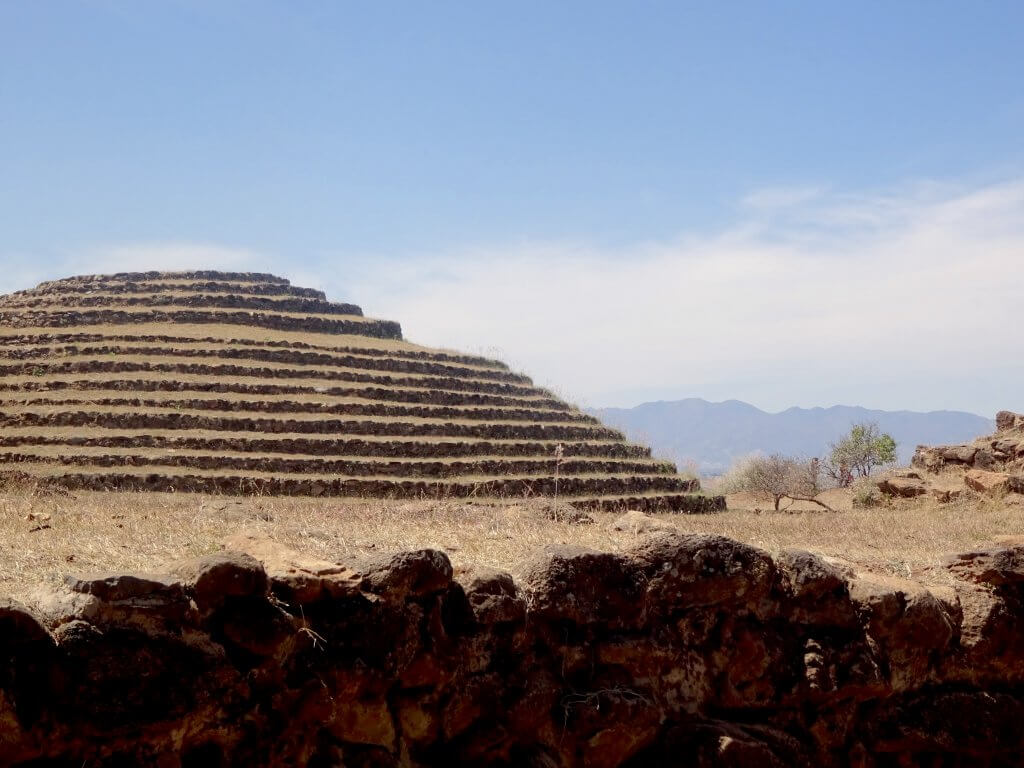 One of the world’s great archeological sites, the UNESCO listed Monte Alban is a legacy of the advanced Zapotec culture once found in the state of Oaxaca. After the Zapotecs, Mixtecs used this site as burial grounds. Though the buildings of the site aren’t that spectacular, the views and the scale of monuments are impressive.

The most interesting feature of the archeological ruins are by far Los Danzantes (The Dancers). The originals are found in the on-site museum, replicas are placed at the buildings where the originals were found. A low wall stretching between two buildings forms the gallery of the Dancers, in which reliefs were carved. These are the oldest and most puzzling feature of Monte Alban. The reliefs show nude male figures, many of which appear to be cut open. Naturally, the significance is widely debating and is believed to show anything from sacrificial victims to being a medical textbook. 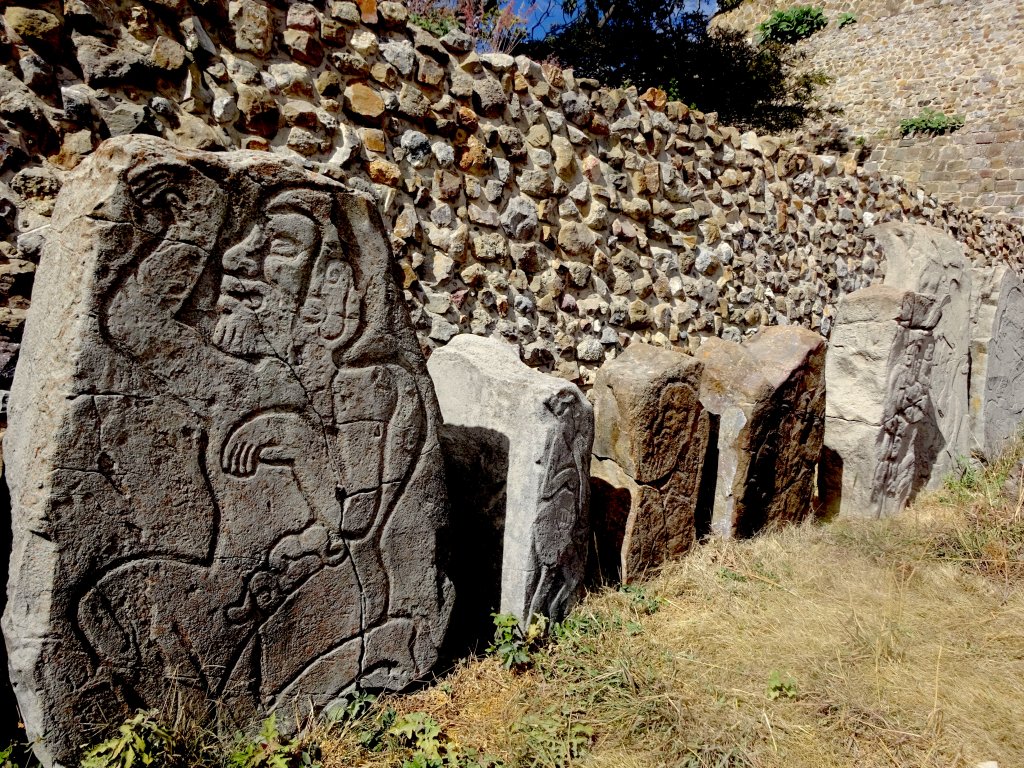 Just off the Zocalo in the centre of Mexico City are the ruins of Templo Mayor. The Spanish built Mexico City over the capital city of Tenochtitlan. These ruins were only discovered in 1978 and it is believed that the main temple lies under the Catedral Metropolitana. And so not all has been recovered. The ruins are confusing, as traditionally a new temple was built on top of the old every 52 years, creating a Russian doll effect. 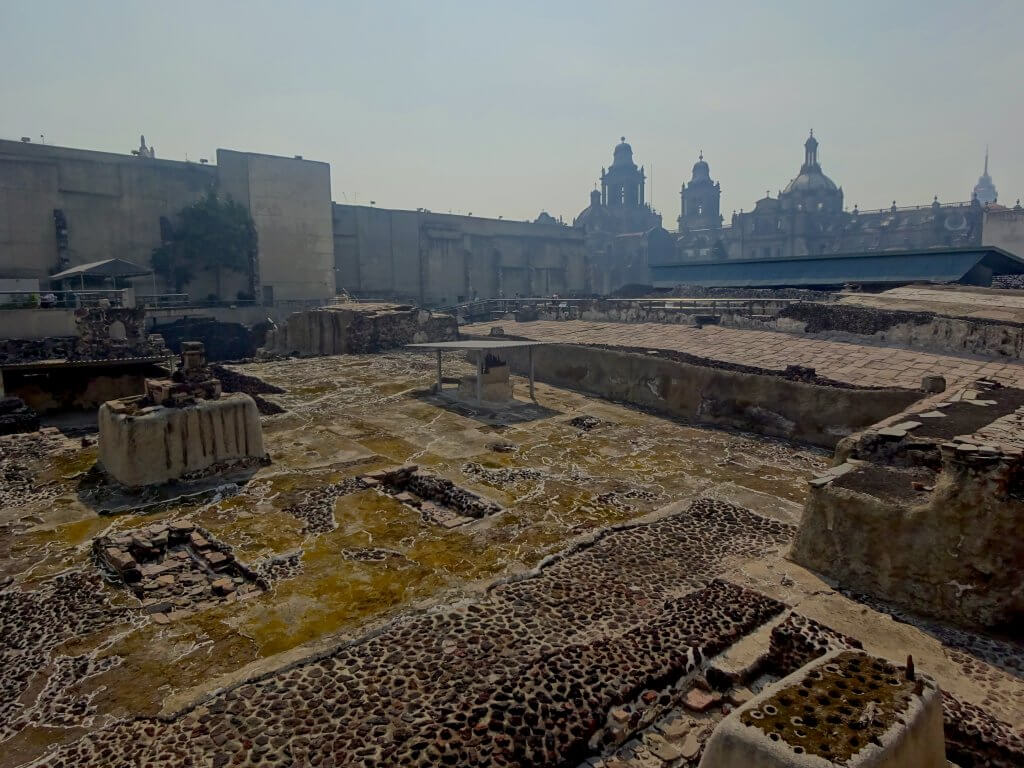 Templo Mayor And The Catedral Metropolitana Behind The Ruins

This archeological site makes my list due to its location. The juxtaposition of old and new make an awe-inspiring sight. Walking past at night when the floodlights light the ruins is worth doing, whether you explore them fully or not.

Another site showing how the Spanish built over ruins is the archeological site in Cholula. Just outside of Puebla, this town boasts the Nuestra Señora de los Remedios on top of a hill. This hill is in fact the Pirámide Tepanapa, the main pyramid of Cholula. Now in ruins, this was once the largest pyramid ever constructed. 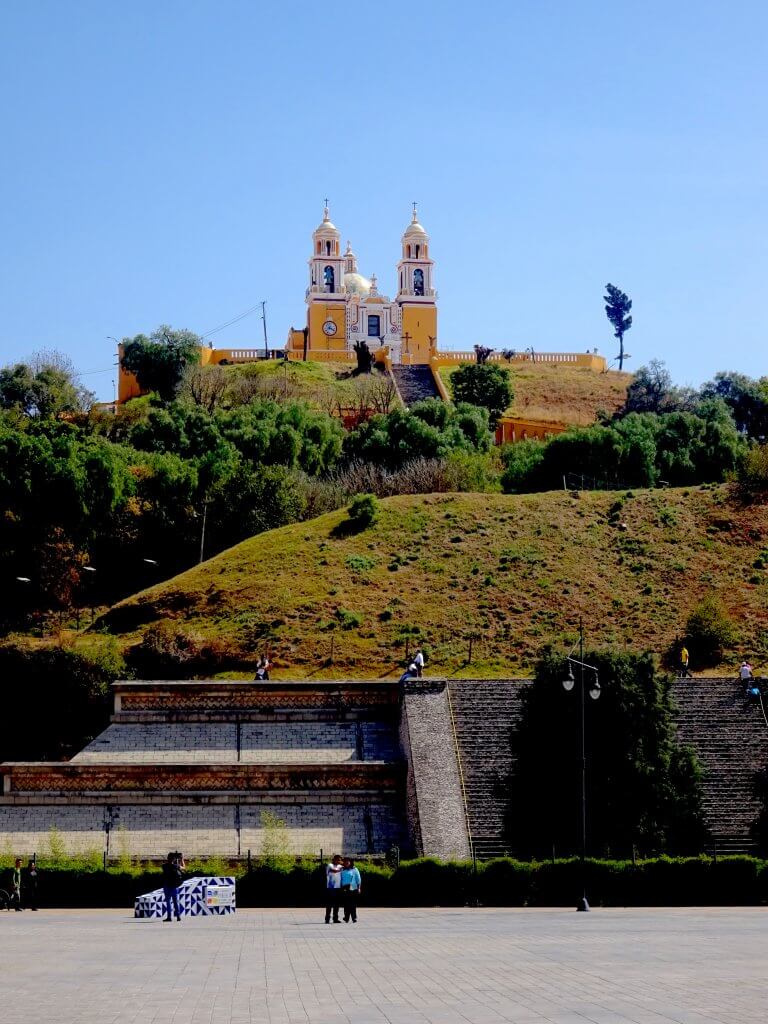 You can explore the archeological site around the pyramid, which are accessed through a 400m long series of tunnels that the archeologists dug to explore the main pyramid. During the excavations, the mural of the Drinkers was discovered, which shows a scene of feasting. Replicas are kept in the museum, which are easier to appreciate.

Hidden away in the Museo Maya de Cancún, in the hotel zone, are the ruins of San Miguelito. These were the smallest ruins I explored, but that did not make them boring. This is the only site to show evidence of protective dunes (though these can no longer be seen). The site is young and not much is known about it, not even the original Mayan name. The name San Miguelito come from the coconut ranch that it was found on. The coconut ranch sat where the museum is today, as hotels were built up around it.

Untouched and surrounded by dense jungle, these mysterious ruins alone make Cancún worth a quick visit. 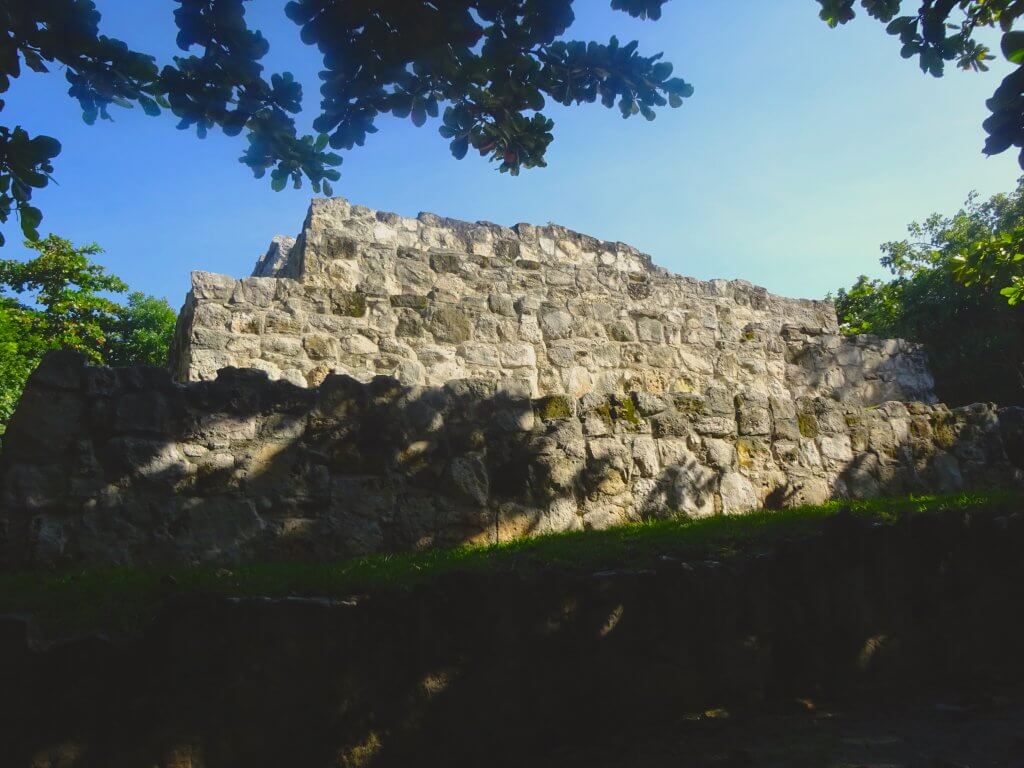 In the inland jungle near Tulum the ancient city of Cobá is to be found. This is a huge site, with buildings spread over several kilometres. Even when the site is busy it feels quiet, due to its size.

The ruins are not as well restored as Tulum, but the dense greenery and sheer scale is impressive. The main attraction here is Nohoch Mul, this Mayan pyramid is taller than El Castillo at Chichén Itzá, standing at 42 metres tall the top offers splendid views over the Yucatán Peninsula and the non-public lagoons of the site.

In this site are also sacbés. These are roads that connected many settlements and are unique to this site. The Massive Nohoch Mul In Coba

And that’s it, what I believe to be the best archaeological sites in Mexico. You may ask why Chichén Itzá is not included. Quite simply, it is extremely busy and everyone wants to go there. I was much more impressed by these sites than Chichén Itzá (although El Castillo did take my breath away).

Before you travel to explore these sites, be sure to read my Mexico Travel Tips

If you want to know any more about any of these sites, just leave me a comment below. 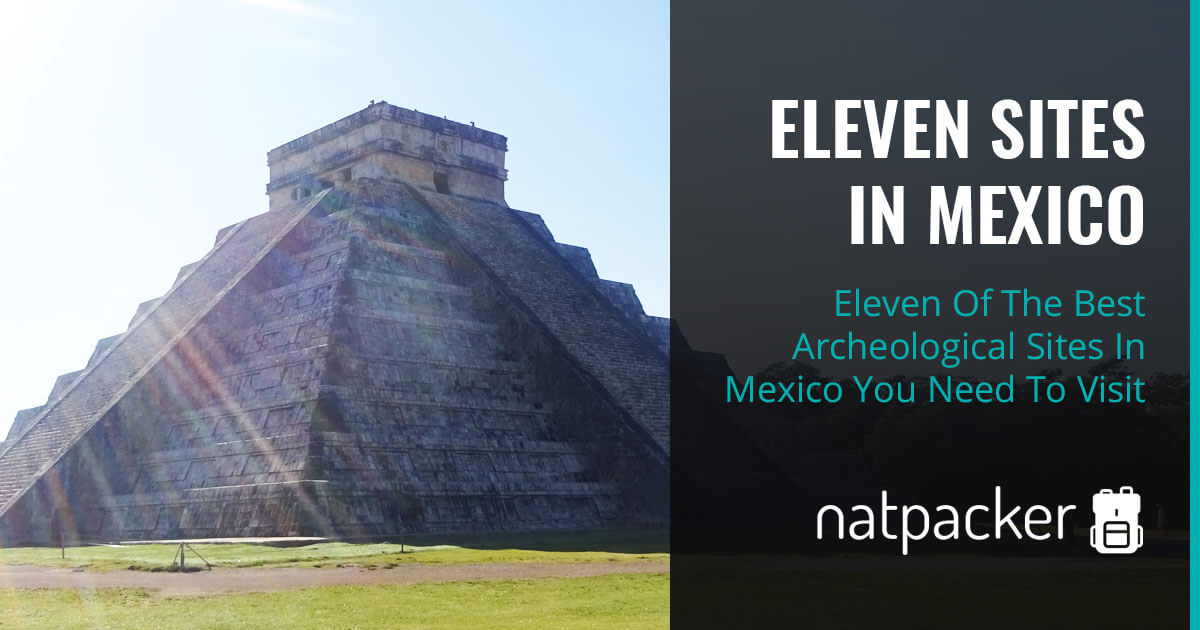