Sleeping whilst travelling can be a nightmare. I don’t mean in hostels, I mean literally whilst you travel. On planes, overnight buses and trains, it can be so difficult. The seats just aren’t made for sleeping. There’s no way you can rest your head in a comfortable position. It’s part of the reason I avoid overnight transport (even though it saves money on accommodation). I don’t like getting to my next destination needing to sleep, it means I can easily waste a day. So I was on the lookout to make sleeping whilst travelling, for my trip to Mexico. At the very least the flight over was going to be overnight, so I wanted to arrive refreshed. That’s when I discovered the Trtl Travel Pillow.

Disclaimer: I was gifted a Trlt Travel Pillow in exchange for a honest, unbiased review. And so all opinions are my own.

Trtl was developed by a group of Mechanical Engineers. In 2010, the engineers were discussing their travels in a coffee shop. This conversation turned to talk of the uncomfortableness of trying to sleep on aeroplanes. which soon turned to talk of travel pillows for flights.

After talking they decided that they could make a better pillow for flying than was already available. The original concept of the Trtl pillow was born in 2012, though for several years it was sold under different names. Until in 2016 the brand of Trtl was born. Since then it has featured in a number of TV shows and in May 2017 it was picked to be featured in the Insider’s Travel Smarter series. 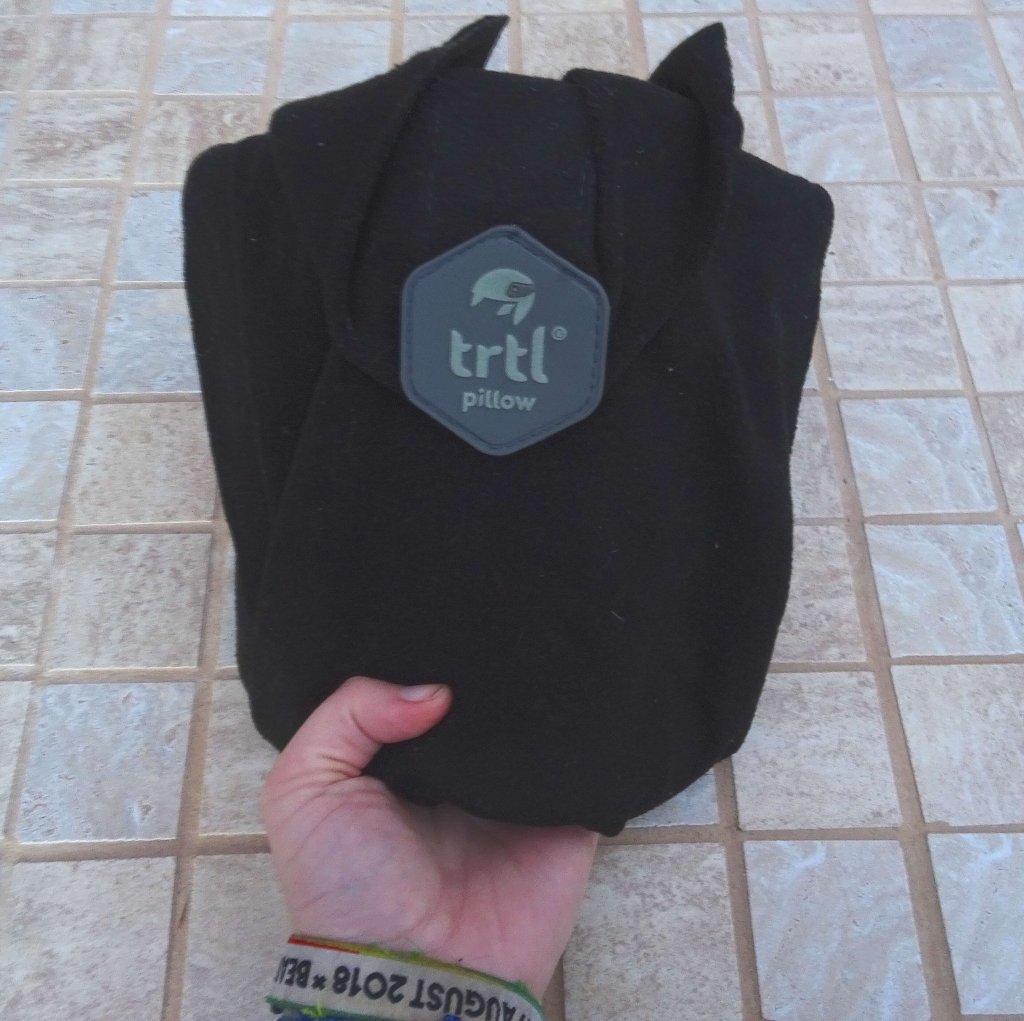 Since it’s development, Trtl has been growing. You can now not only buy the original travel pillow, but also Trtl Travel socks too.

The Trtl Travel Pillow (pronounced ‘Turtle’) has a unique U-shaped support, the fleece then wraps around your neck to keep the support in place. The pillow also comes in four different colours.

The strengthened ribs that make the support have been scientifically proven to support the head and neck better. The pillow was independently tested by the Institute of Motion Analysis and research (IMAR) at the University of Dundee. 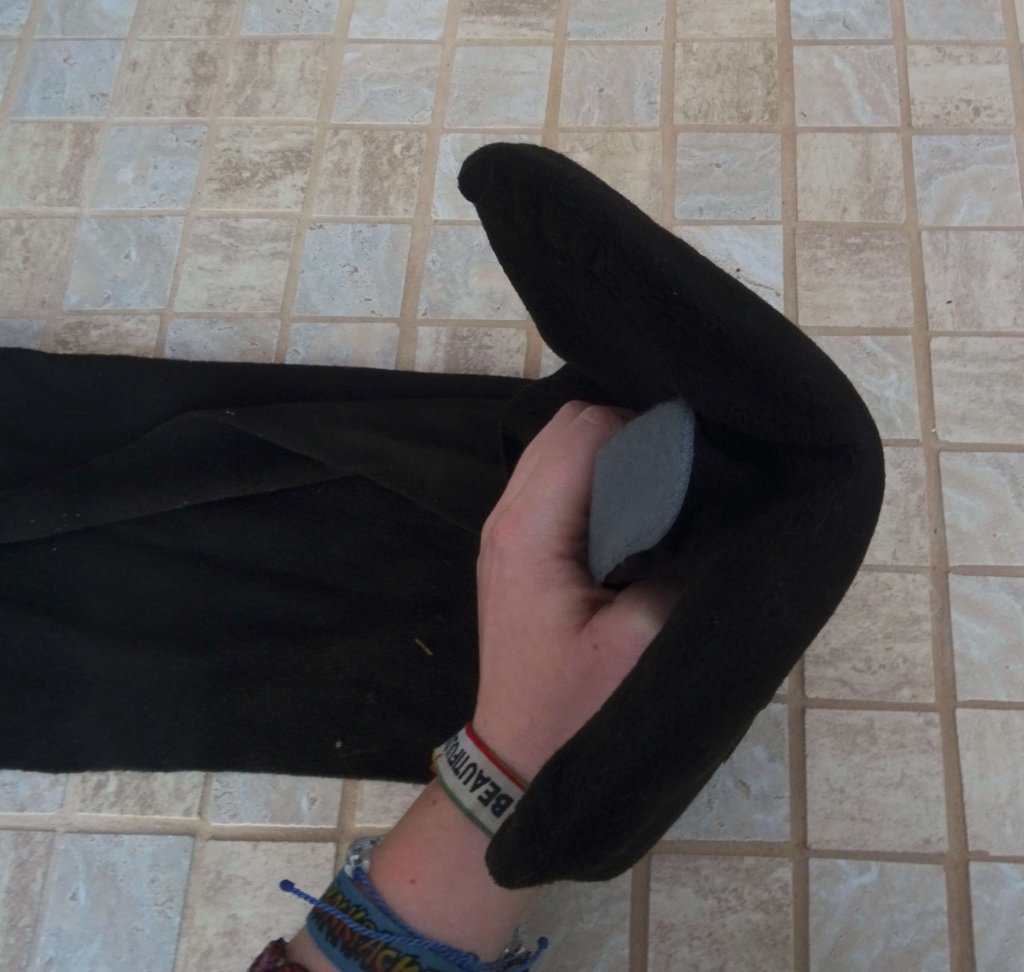 The Trtl is smaller than traditional U-shaped travel pillows and is lightweight, weighing only half a pound. The fleece is soft and hypoallergenic.

Both me and Dave got Trtl Travel Pillows, one black and one grey. The colours are subtle and don’t show up dirt easily. I was initially impressed at the size of the pillows and how light they were. The fleece felt super soft and was just as nice when wrapped around my neck. 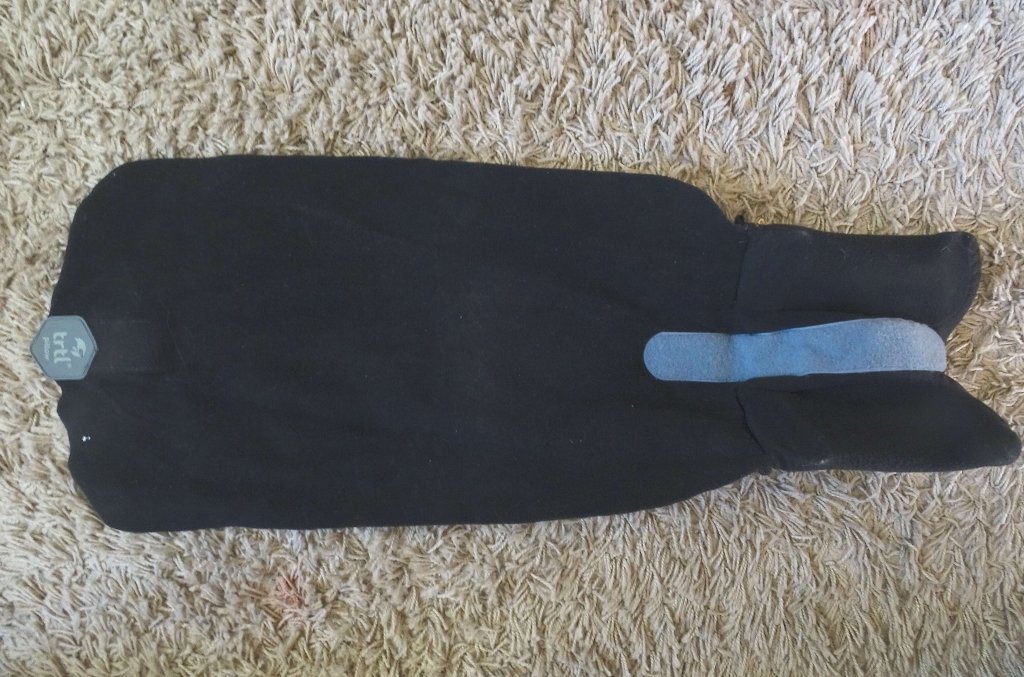 The Trtl Pillow Stretched Out

When I first used the Trtl pillow I found it easy to use and adjust. You simply put it on your shoulder, rest your head on it and wrap the fleece around your neck. It fastens with velcro, I had to adjust it a few times to find the right position for me. Once on, the Trtl pillow was really comfortable. Straight away I knew this was a better position than any I had tried to sleep in before.

I first used the Trtl on my flight to Mexico and I actually slept. And I mean real sleep, not just dozing. This is the first time I have ever really slept on a flight.I also used the Sleep Master Sleep Mask, and it make a perfect combination for sleep.

During my Mexican travels I used the Trtl Travel Pillow for a couple of overnight buses and again, I slept. Sometimes I used the Sleep Master too, but not always (me and Dave shared that one). Not only did I sleep, I didn’t wake up with a painful neck either, which is a bonus for me. 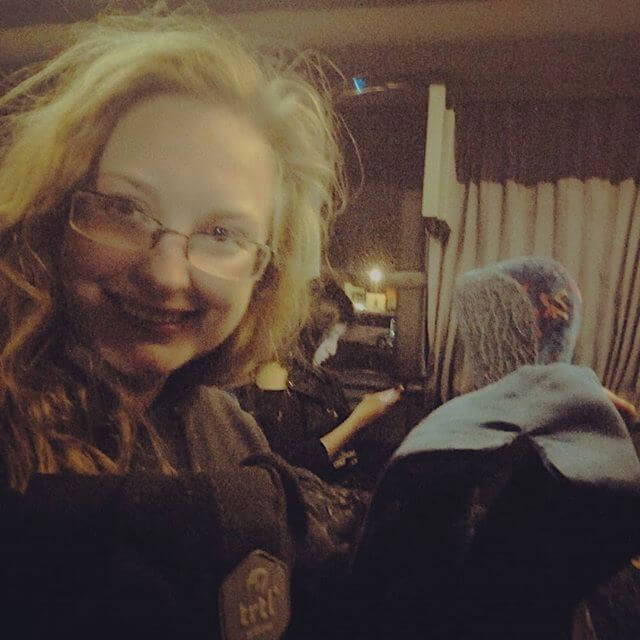 Ready For The Night Bus With The Trtl And Sleep Master

The only minor issue I found was that it didn’t pack very easily, due to the shape. At times I had to carry it as I just couldn’t get it to fit. I didn’t want it in my main bag, but in my 10l it took up most of the space, and nothing could really squeeze into the small gaps left.

What can I say, I actually slept with this Travel Pillow. So it has to get the top score. I was actually a little doubtful if I would be able to sleep with this pillow, but I did. It was so comfy to sleep in, the fleece is soft and the support really works. It keeps your head in a great position for sleeping upright. I slept on buses and planes, plus I didn’t wake up with any neck pain. 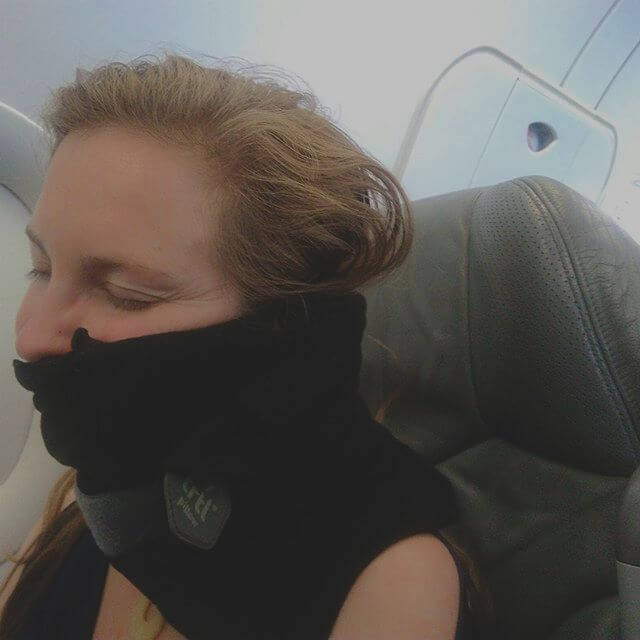 Sleeping On A Flight, Thanks To The Trtl Travel Pillow

Although sometimes I think I tried to put my head on the support too much. So I was actually pushing it. Though it didn’t take long to realise I simply needed to rest my head lightly on it for it to be comfy. That’s just me trying too hard to be comfortable.

The issue of packing is just one of those slightly awkward things. I think it can easily be worked around and I will be figuring out how to make it work in the future. But overall, the fact that I slept completely outweighs this minor issue.

All in all, I think that the Trtl Pillow is the best travel pillow.