I did a lot of planning for my six-month trip to Mexico. However, despite all my research, there were some things I which someone, anyone had told me before I got there. I found all the usual Mexico travel tips, but a few days, weeks, or even months after being there something cropped up that I wish I’d known beforehand.

It’s quite funny really, despite staying with extended family for a few weeks when I first arrive, I still had to find out something on my own. Things that are just common sense and just happen, but for someone who has not lived with them all their life, they need explaining. And I’m not talking about the things you read in guidebooks, such as the tap water not being safe, paying in pesos not dollars, learn some basic Spanish, keep the slip of paper you get when entering the country and the fact that women’s toilets are labelled “M”. These are my Mexico travel tips that I found out a little late, that I wish someone had told me before I got there. 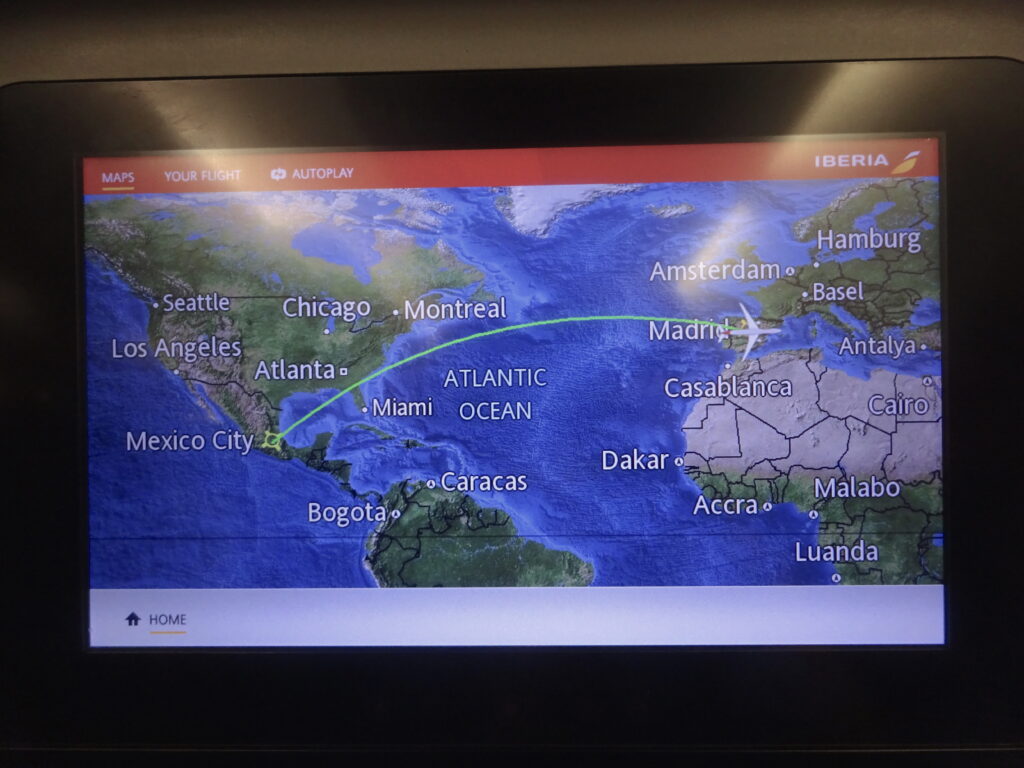 What You Should Know Before You Go To Mexico

Firstly, what is a colectivo? Quite simply, it’s a minibus that does a circular, or back-and-forth route all day. There are normally several doing the same route, so it’s rare you have to wait for one. They are not buses though, they do not necessarily run on a proper schedule and the stops are wherever you want them to be on the route. Confused? It gets better, every state and even city runs them differently. Sometimes you pay the driver as you get on, sometimes you have to buy a token first. 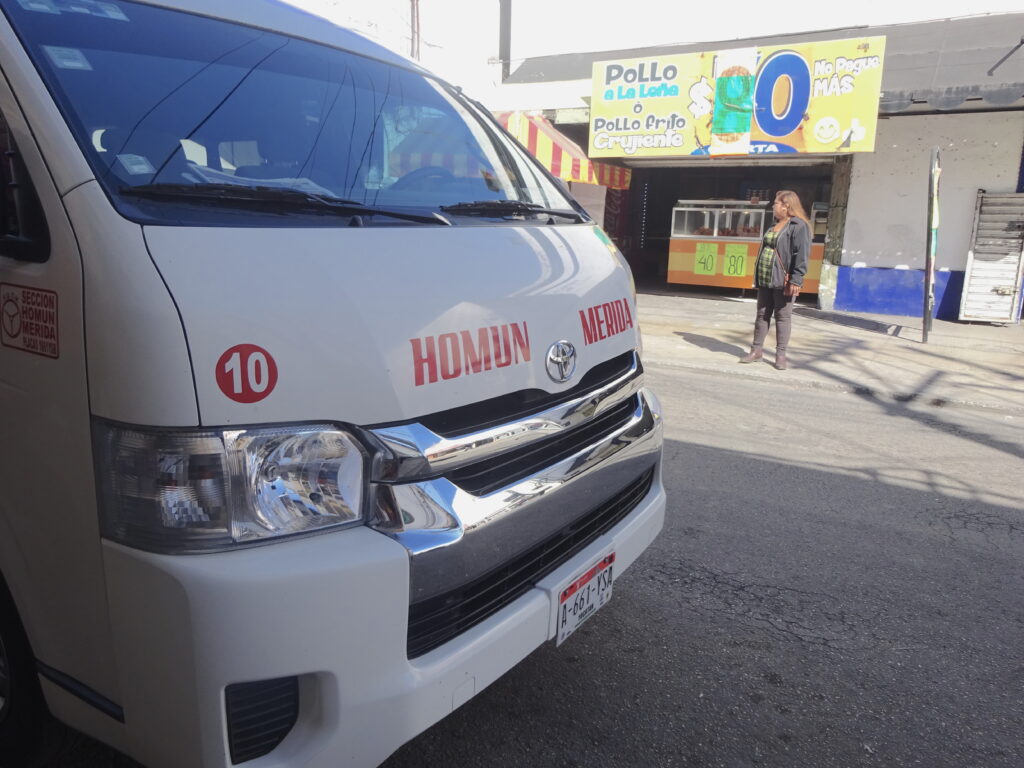 A Colectivo In Merida

In some cities the colectivos are extremely well-kept, in others, they are a little run down, to the point of having to hold the door shut. The driver will also squeeze as many people in as possible. But don’t let this put you off. Colectivos often go to places where buses don’t, are cheaper, and usually quicker. Make sure as you get in the collective you do a general greeting to everyone on the journey. It’s basically an unwritten rule.

Once I had discovered colectivos, they were my favourite mode of transport for day trips. I preferred buses for actually moving places, bags are a bit cumbersome in colectivos, but it is possible. 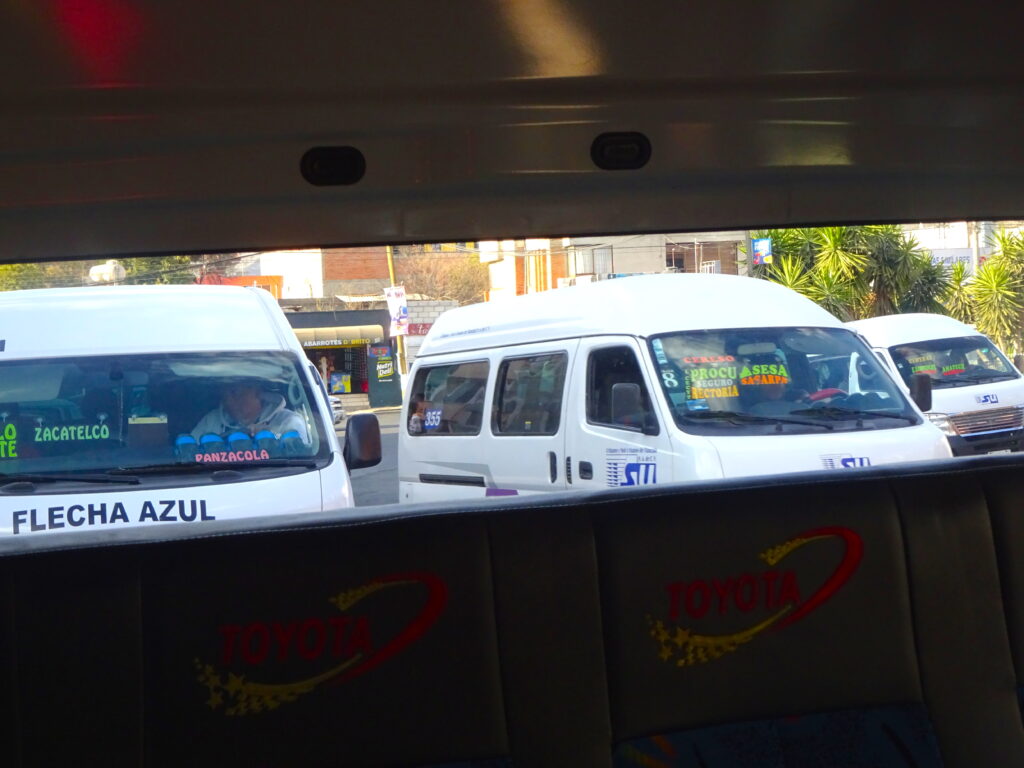 At A Colectivo Stop

My first colectivo experience was in Patzcuaro. We had an Airbnb a little out of the town and walked as we were walking into town several minibuses went passed and beeped us, some slowed down for us, but we didn’t realise why. Luckily we figured it out once we saw them all parked on a corner in the centre, so we got a lift back.

So my first tip for Mexico, use the colectivos. I had some great experiences and conversations in these. 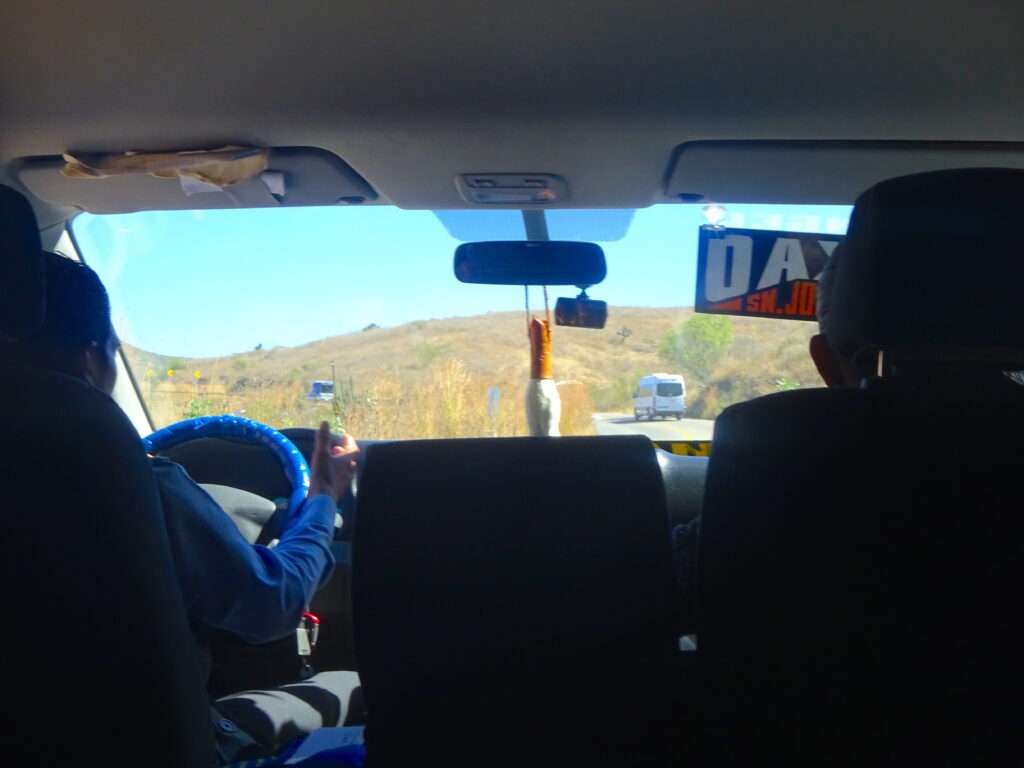 Clean Your Fresh Fruit And Vegetables

A few weeks in and after a stomach upset or two, we were finally told not to eat fresh fruit and salads without cleaning them properly. Apparently, hygiene standards when handling food is, well, a little low. So it’s important to properly clean your food. 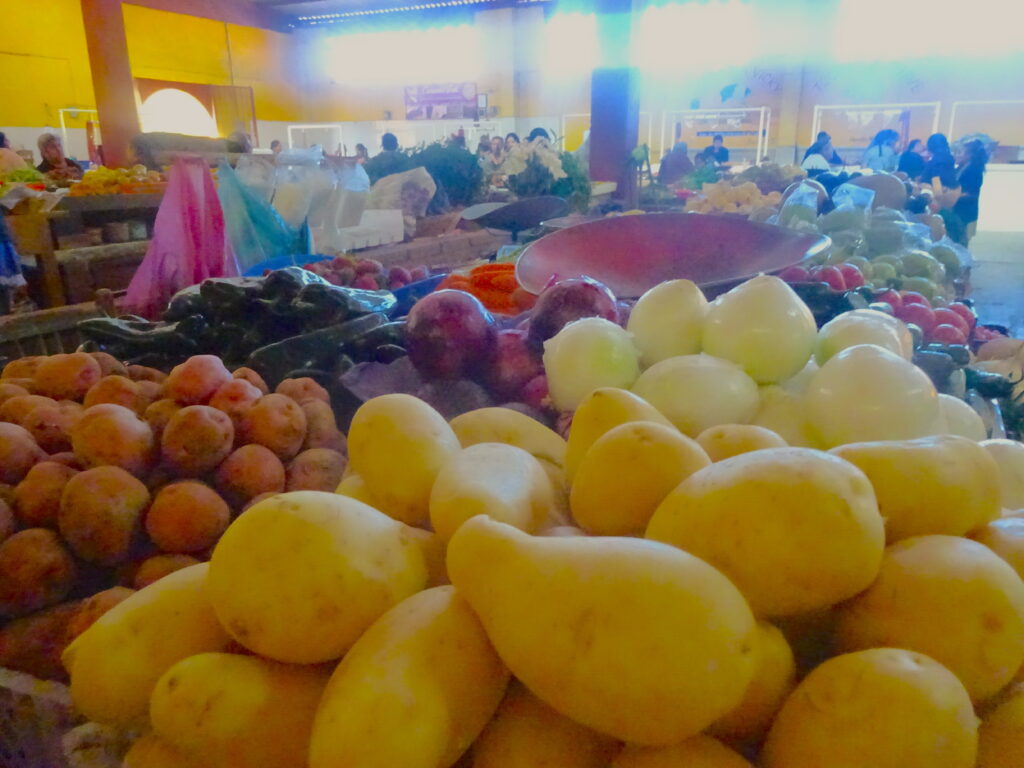 Fresh Food In Mexico Must Be Properly treated

However, you cannot simply rinse your food. Firstly, the tap water isn’t safe and secondly, a rinse simply won’t do it. You need to buy some ionised silver, commonly found as Microdyn or Bacdyn in Mexican shops. To use, you put a number of drops in water and soak your food in it for a specified length of time. I’m not telling you the exact number and timings for two reasons, first of, I can’t actually remember. Secondly, I’d encourage you to read the instructions on the bottle anyway.

If you’re not eating your fresh food straight away, be aware of cross-contamination if you buy any other items. You’re best soaking your foods straight away before unsoaked products have the chance to get anywhere near safe items. 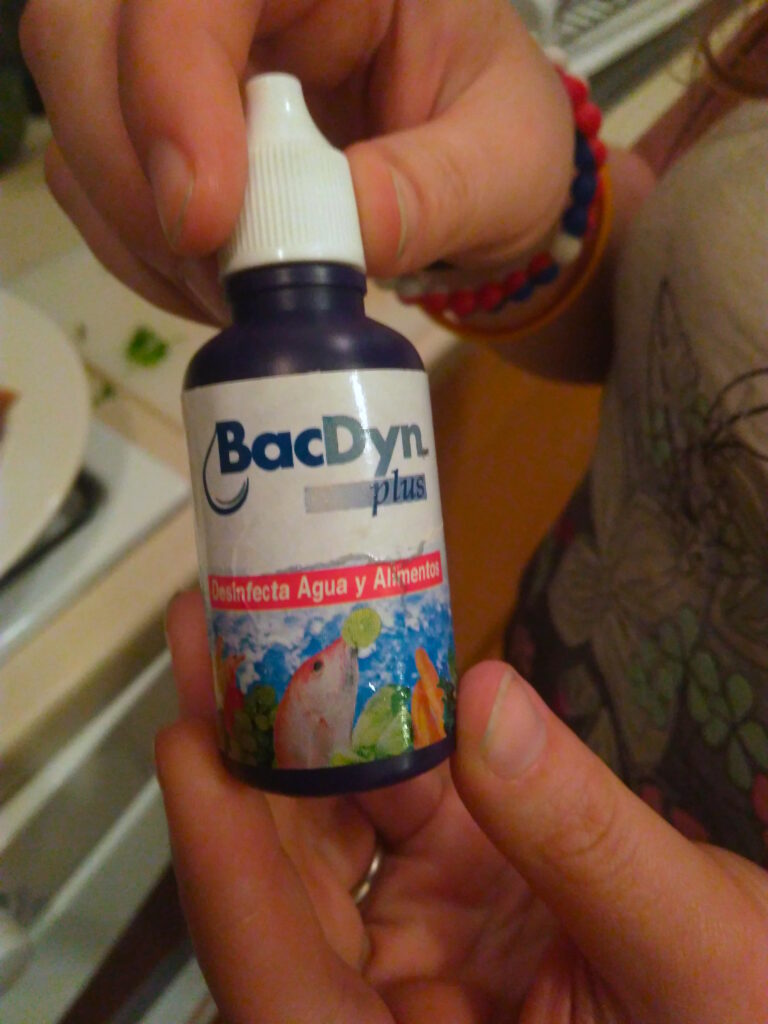 BacDyn Is Used To Soak Fresh Food, Making It Safe

Get A TelCel Amigos Package

If you’re travelling for a decent chunk of time in Mexico and want a sim card, my next tip is for you. You may hear elsewhere that you need a Telcel sim card, this is definitely true. But one thing I didn’t learn until my last month in Mexico (very annoyingly), is their incredible Amigos deal.

I actually found Amigos package on my Copper Canyon Adventure, when several of the hotels had no wifi, so my data disappeared very quickly without it.

There are different packages in the Amigos deal, but depending on what you get, you will get a certain amount of Social Media without using any data. This would’ve been so useful for me as I was often uploading on social for my blog. The social also included WhatsApp, which meant I could still call my parents even if the wifi was bad.

Picante Is Different Wherever You Go

“Picante” is the Spanish for “spicy”. You will learn quickly that “spicy” can be very different wherever you go. It means different things for different people. Luckily, most Mexican food requires you to put your own sauces on, and there is normally a number of sauces provided. So you can ask which is “no picante”. Though be aware, just because a Mexican says that something isn’t spicy, doesn’t mean it won’t be spicy to you. Always proceed with caution and try a small amount first before drowning your tacos.

Also, don’t make the mistake I did when it comes to sauces. I had a few taco bars in a row where the red sauce was the mildest option. So I became comfortable that red was mild and green hot. This is not always true. I had a bit of a shock when at the next taco place the red sauce was very hot. 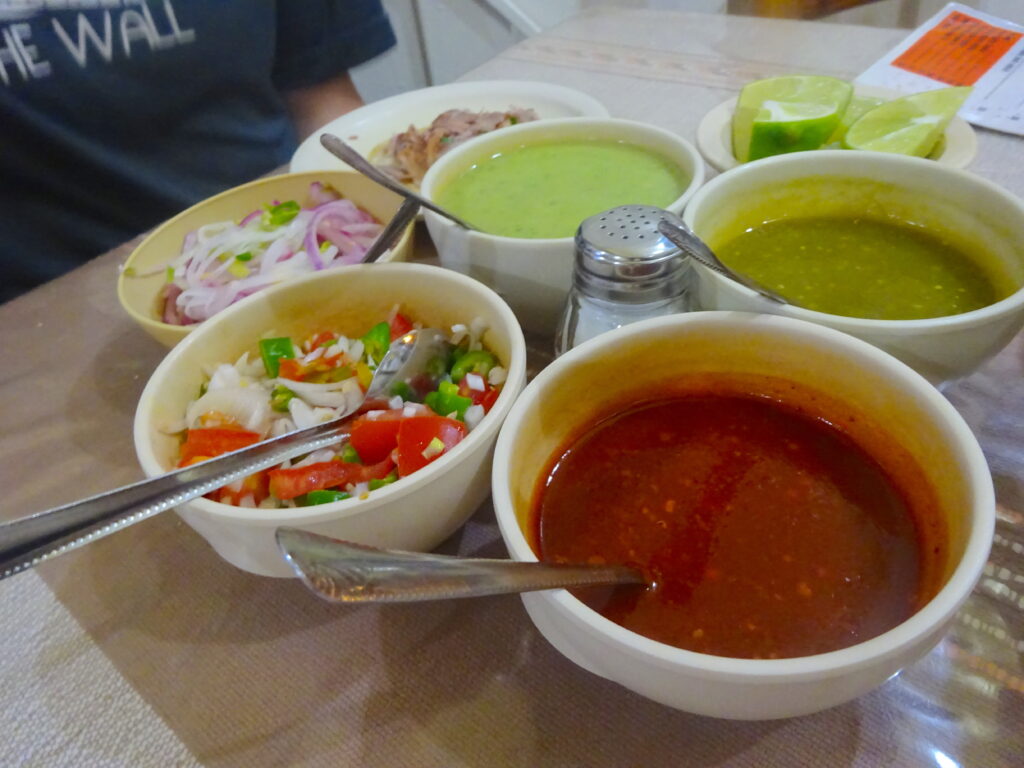 Sauces Accompany Tacos And Other Food

Always ask about the spice levels. And always proceed with caution when adding sauces.

The Most Important Mexican Word To Know Is Ahorita

Ahorita (pronounced “horita”) is a word you will come across on a regular basis in Mexico. It literally means “little now”. What it actually means is similar to the brilliant Welshism of “I’ll do it now in a minute”.

I did have this explained to me by my extended family within the first few days and I’m so glad they did. With the word often comes a hand gesture of moving the thumb and forefinger together. This hand movement is also very important to know.

The easiest way to explain is to give an example. Say your bus is late (a common occurrence in Mexico), so you go and ask someone when the bus is likely to arrive. The response will most likely be “ahorita”, but the hand movement gives you a better idea of when. If they say “ahorita” and have their thumb and forefinger very close together, this means “any second now”, so you can relax. If they loosely move their thumb and forefinger together and apar as they say “ahorita”, this means “who knows”.

So make sure you understand what is being said by “ahorita”. 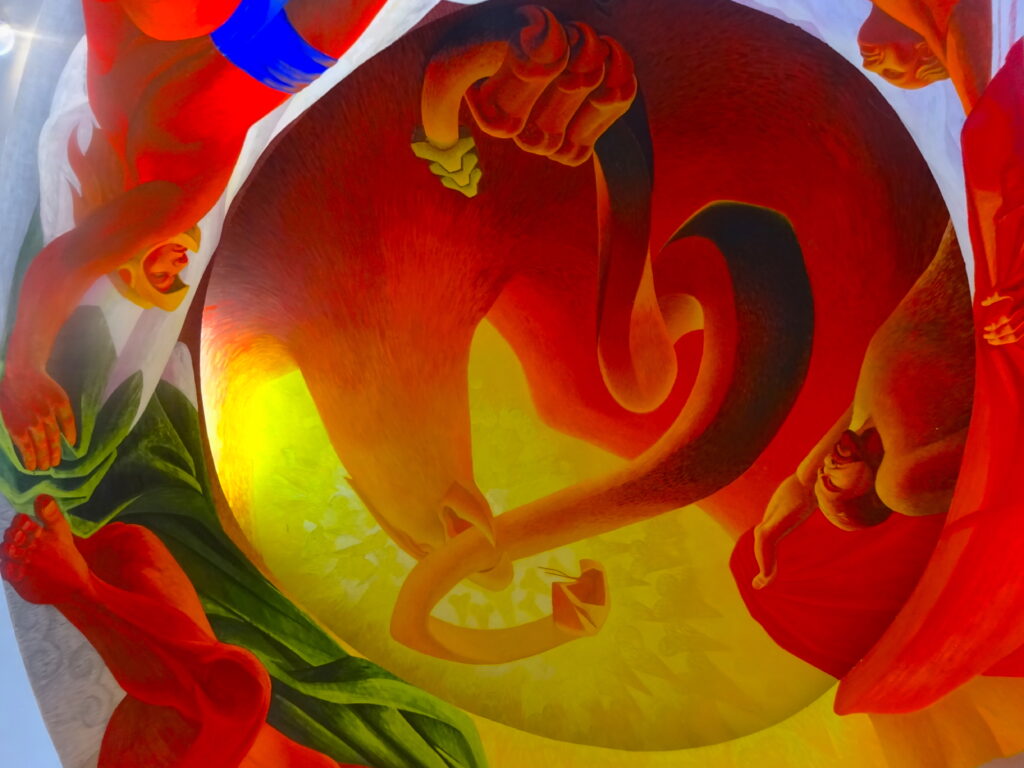 On a similar note of “ahorita” (little now), everything in Mexico tends to be little. When you talk to a Mexican -ito or -ita is often added to the end of a word, this means “little”. So “señorita” is “señora” (woman) with -ita on the end, meaning “little woman”.

If you’ve learnt some basic Spanish, just be aware that many words you think you know will change to a little version. The most Mexican thing I ever heard was when I asked someone how far it was to the top of a hill and got the response “masito”, so “little more”.

To get your attention, Mexicans will just shout you by what they see. So, for instance, I would be called “güera” or “güerita”, which is Mexican Spanish for a blonde person. Though by blonde they just mean “paler than me”. A Mexican I knew had Japanese heritage, so was naturally a little paler than other Mexicans, but darker than me. So he would also be called “güero”. 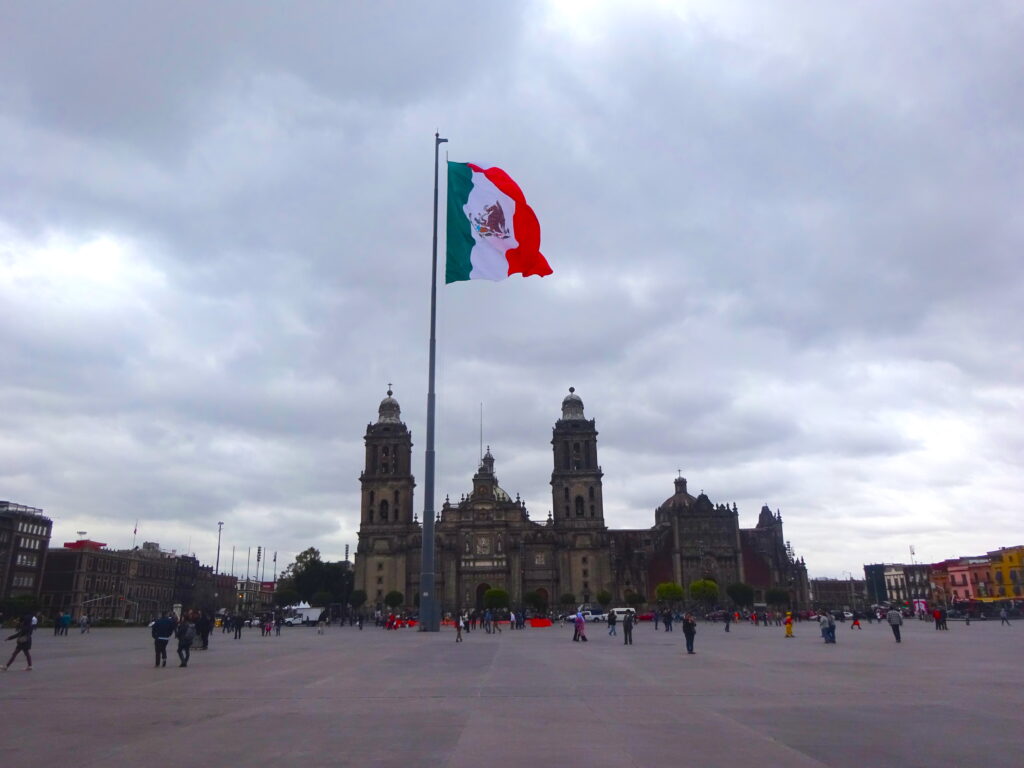 Be Prepared For Mexico

Another common name to be called is “joven”, this means “young”. Once again, Mexicans will call you this as long as you look younger than they are. I saw an extremely elderly man (maybe 70 or even 80) call a man who looked about 60 “joven”.

These shouts are often from market stalls or generally someone trying to sell you something. Though you may also be called these names to your face in a casual manner by a stranger. For example, if you get on a colectivo and great everyone with a “beunos dias”, someone may reply “buenos dias, joven”. 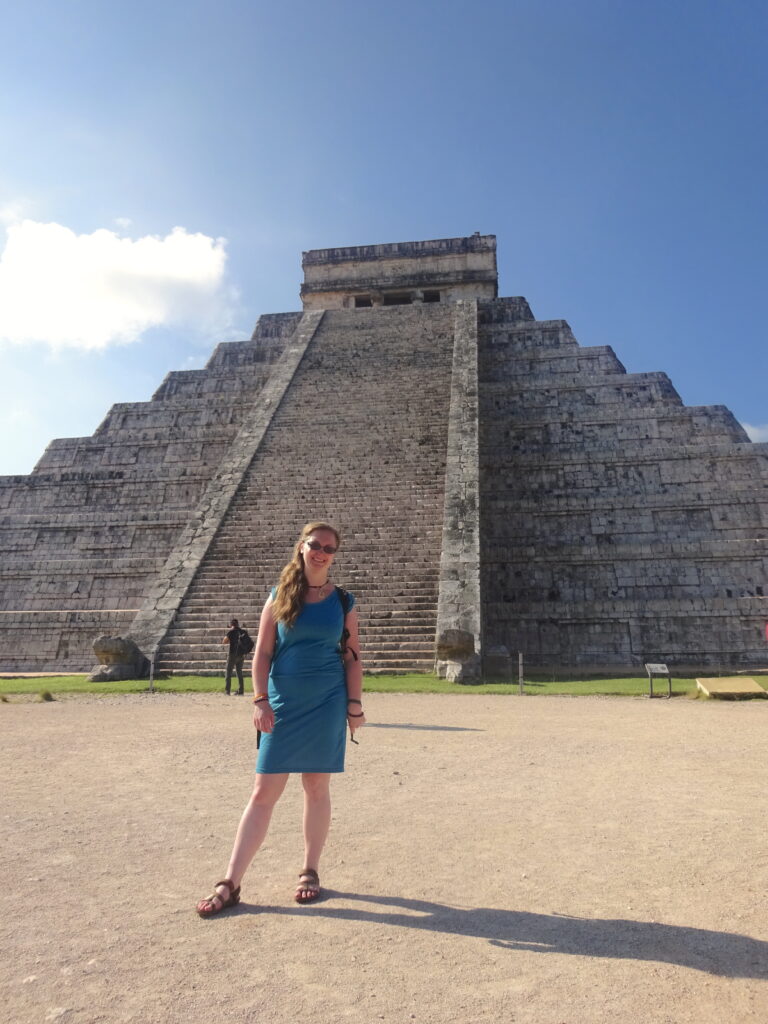 These are the travel tips I wish someone had given me before I landed in Mexico. Some things would’ve just been nice to know, other things would have been extremely useful. I hope they help you if you travel to this incredible country.

If you’re planning a trip to Mexico, check out Natural Wonders of Mexico and Best Places in Mexico You’ve Never Heard Of for some inspiration. 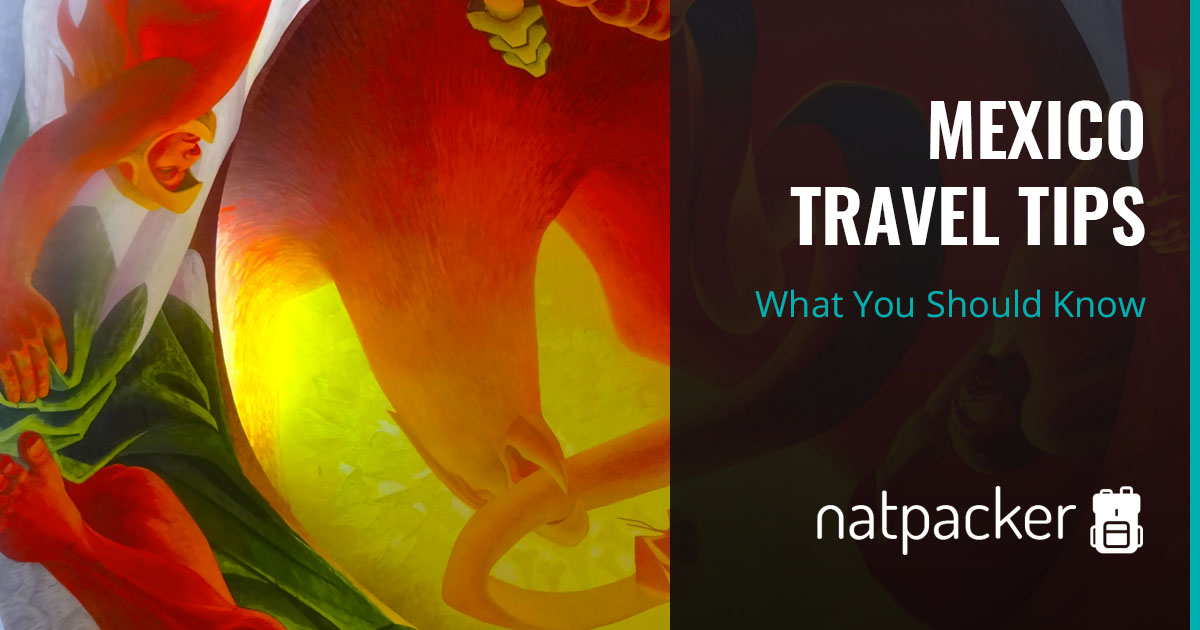