Big Bus Tours is a sight-seeing company. They’re hop-on hop-off buses take you to all the major landmarks in a city, where you can then get off and explore at your leisure.They run worldwide, in 18 different cities including cities in Europe, Australasia, Middle East and the USA. There are recorded commentaries in a multitude of languages and sometimes live guides. Generally you buy passes for 24- or 48-hours, so you have plenty of time to see the sights.

Big Bus Tours was formed in May 2011, by the merging of two companies. The London based Big Bus Company and the Paris based Les Cars Rouges came together. Each company had over 20 years experience in tours, so they know what they’re doing!

Big Bus Tours aim to ‘Think Global, Act Local’. They fully understand each city they offer tours in, not just the landmarks, but the character and culture too. They combine great service and unique sightseeing tours to give you the best tour from the open top bus. Being hop-on hop-off, the tours are flexible and you can do it as quick or as slow as you like (well within the time limit set by your ticket).

With Big Bus Tours you buy a 24- or 48-hour pass for most cities (some have 3-day passes). Some cities have more than one route, as there’s lots to see! You often get extras with your passes too! This is different in each city. Your pass may also include: 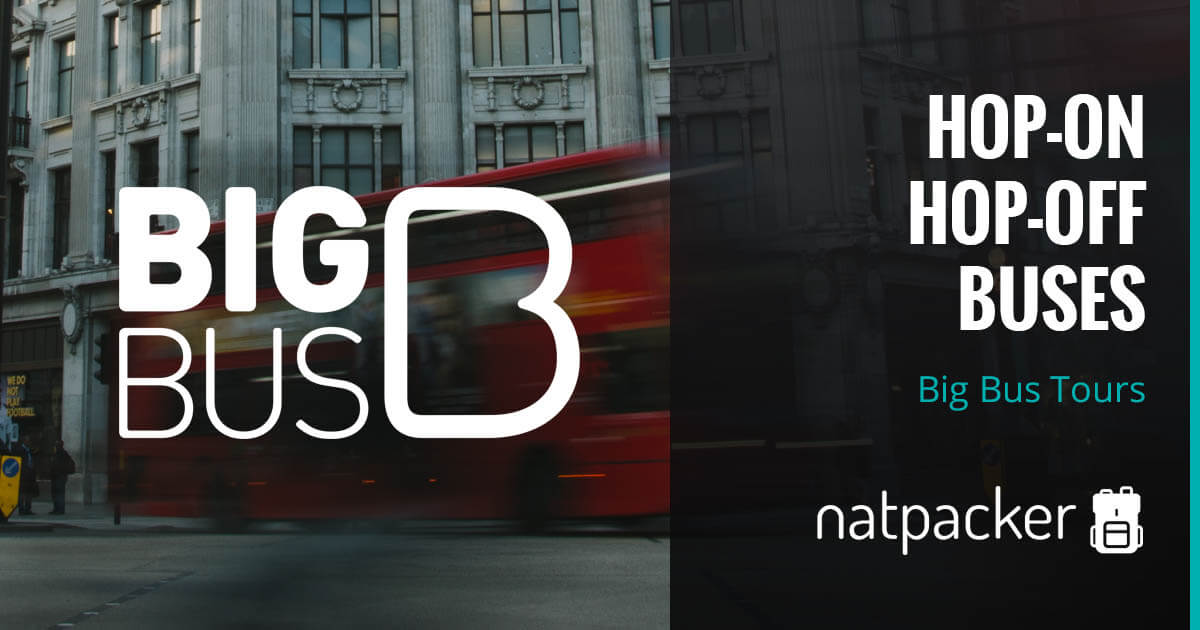