14th October 2016, a sad day for the population of Thailand. On the 14th October 2016 the world’s longest reigning monarch died at the age of 88. He was much loved and respected by the people of Thailand and so the country has been plunged into a year long mourning period. Flags will be be flown at half mast for the first 30 days of this period. The death of Thailand’s King will affect travellers in the country (especially for the first thirty days). So here is what you need to know.

His Royal Majesty King Bhumibol Adulyadej was born in 1922 and ascended to the throne in 1946. At the time that he became the King of Thailand the monarchy was seen as weak. The King travelled the country and was seen as a caring monarch. He had an interest in rural development, made efforts to help the poor and did charitable works, earning him the love and devotion of the Thai people. Many Thai’s believed the King to be semi-divine.

Although he was a constitutional monarch with limited powers, his people saw him as a figure of National Unity. He was seen as a calming influence throughout a number of coups. Many Thais looked to the King to intervene during times of high tension.

Although the King has had a number of ailments, his sudden death has shocked the people of Thailand.

How The Death Of The King Will Affect Travellers

During the year long mourning period it is important that travellers to Thailand (and those already there) display cultural sensitivity. It is vital that local customs are respected at this time. Remember military junta still rules Thailand and so martial law may be reinstated in tourist areas at short notice. This allows authorities to make laws by decree and take action without reference to the judicial system. In essence, the local commander can do as they please. Thai’s may see tourists going about as usual disrespectful and if reported, the authorities are more likely to side with the more conservative view of appropriate behaviour. Some behaviours that have been tolerated may no longer be during this period.

Many ‘joyful events’ such as full moon parties will be cancelled. Restaurants and clubs are also likely to be shut during the period of mourning. It is also expected that Bangkok’s international airport will be closed for a number of days – the official announcement is expected.

Travellers should also be aware of Thailand’s ‘Lese Majeste’ laws. This prohibits any insults or ridicule towards the royal family and during this sensitive time the laws will be strictly reinforced. These laws are serious and can land you up to 15 years imprisonment. Although some Thais may welcome the chance to tell travellers about their beloved King, if in doubt how your questions may come across, don’t ask!

When travelling in Thailand during this year of mourning it is advisable to:

The death of Thailand’s King has thrown the country into a long period of mourning. Military junta can make this time dangerous for foreigners. Be extra wary of what you wear and how you behave whilst travelling in Thailand during this period. 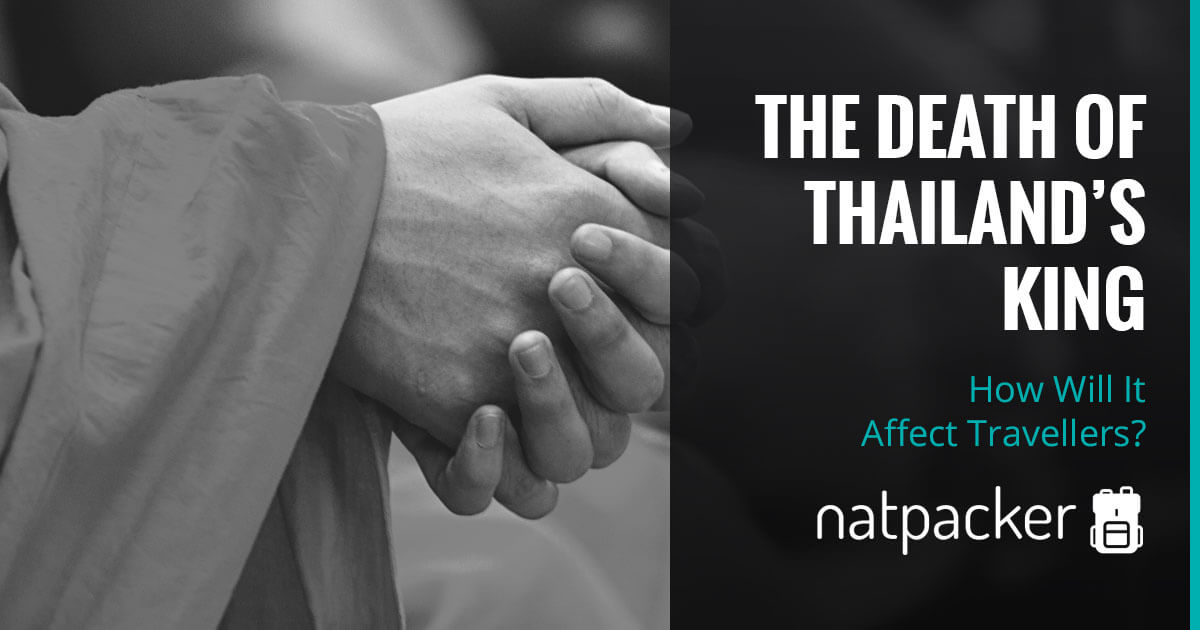