Glastonbury Tor dominates the landscape of Glastonbury for miles around, you can’t miss it. A conical hill topped with St. Michael’s Tower, which is the last remains of a 14th century church that once stood here. St. Michael’s Tower is a Grade I listed building and the site of the Tor is managed by the National Trust. Climbing the Glastonbury Tor rewards you with amazing views of Avalon, Glastonbury and Somerset from a 521ft (159m) vantage point. Pilgrims once made the climb with hard peas in their shoes as penance, now you can enjoy the climb without this need!
Glastonbury Tor is more than a landmark with great views though. There’s a wealth of history and myths that surround the Tor.

The History Of Glastonbury Tor

Glastonbury Tor has had a religious significance and has been a spiritual site for over 1000 years and it’s pagan beliefs are still celebrated.. The site has been used since ancient times as excavations uncovered Neolithic flint tools as well as Roman artefacts.

The first significant occupation of the Tor was in early Middle Ages, about 500-1000 A.D. Excavations have found many items from this period, including a metal workers forge and a bronze head that may have topped a staff.

The second occupation dated roughly 900-1100 A.D. Excavations discovered what were probably Monks cells and the head of a cross. The existence of the Monastery at this time is proven by a charter from 1243 granting permission for a fair to be held at the Monastery of St. Michael. The Monastery and the Glastonbury Abbey were closely linked.

It is believed that the first monastic Church of St. Michael that stood on Glastonbury Tor was destroyed in an earthquake in 1275. The church was rebuilt in the 14th century, however it fell into ruin after King Henry VIII’s Dissolution of the Monasteries in 1535. St. Michaels Tower is now all that remains of the church and monastery. Richard Whiting was the last abbot of Glastonbury and he was hanged at Glastonbury Tor on 15th November 1539. 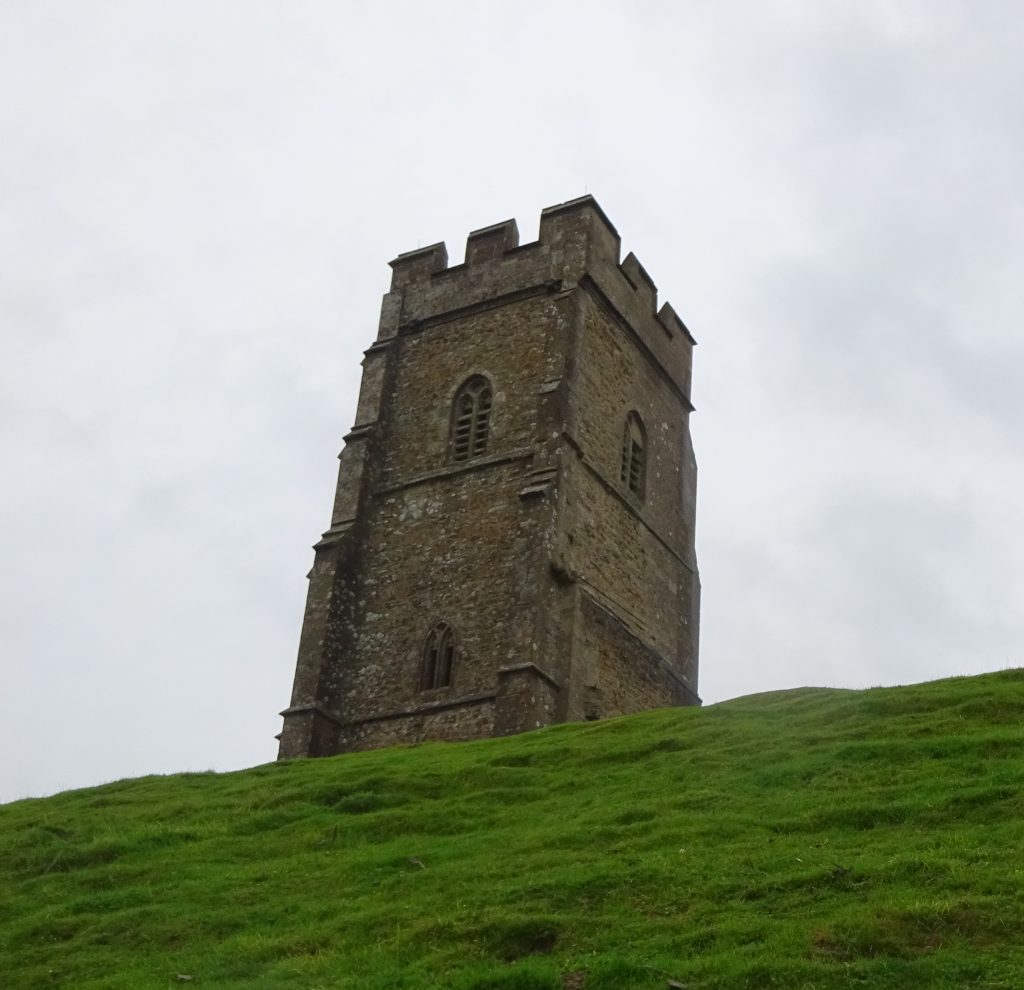 The Myths And Legends Of Glastonbury Tor

Just like the Abbey below, the Tor is shrouded in myth and legend, many which centre around King Arthur.

Glastonbury is often identified as the Isle of Avalon, which is an isle of enchantment and magic in celtic lore. Avalon is where the dead meet and move on to the next plane of existence. Glastonbury Tor is believed to be the home of the Lord of the Underworld, Gwyn ap Nudd, as well as a place where other faerie folk live.

An Arthurian legend tells that Guinevere was kidnapped by King Melwas and he took her to his stronghold in Glastonbury, which is believed to be the Tor. It didn’t take long for King Arthur to besiege King Melwas. Luckily St. Gildas arrived and convinced King Melwas to release the captive Queen, which he did and the two Kings resolved their differences.

Another Arthurian tale is linked to the Holy Grail, which King Arthur and his knights quested for. It is believed that Joseph of Arimathea brought the Holy Grail to Britain after Jesus was crucified. Joseph arrived at Glastonbury at the hill just below the Tor, here he thrust his staff in the ground and rested. When he awoke his staff had become a Glastonbury Thorn bush. So Joseph buried the Holy Grail below the Tor at the entrance to the underworld.

There are many more myths and legends about the Tor. One mystery is the seven levels of terraces that encircle the hill. It is not known whether these are manmade or natural.

In recent years, people have seen mysterious lights from St Michael’s Tower. It is said that Glastonbury is a major intersection of Ley-lines. Ley-lines are believed to have special energy and often run through sacred sites.

Whether you come for great views, the ley-lines, the myths or the history, Glastonbury Tor is worth a climb. You can either go up and down the same way or make a circular route. From Glastonbury Town a steep path climbs the Tor from the Somerset Rural Life Museum. Alternatively, you can use the easier path from Wellhouse Lane, that leads to the Tor Park from the centre of the town. 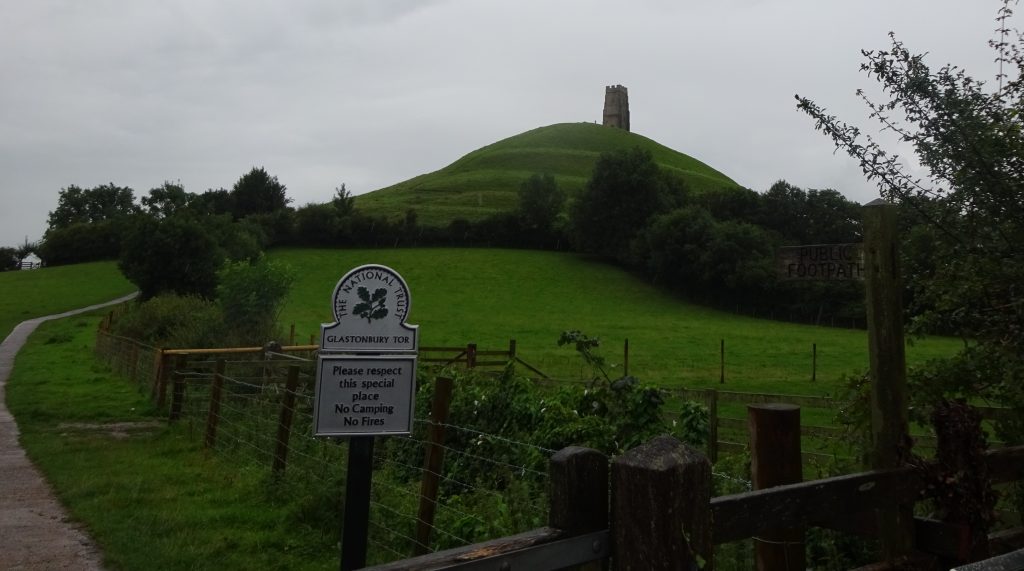 Both paths are signposted and to be fair you can’t really go wrong. Just head to the top of the hill! There are information boards along the path and at St. Michael’s Tower.

Although it is only a short walk to the Glastonbury Tor summit and it is not far from the town, it is still important that you are prepared for the walk. Make sure: 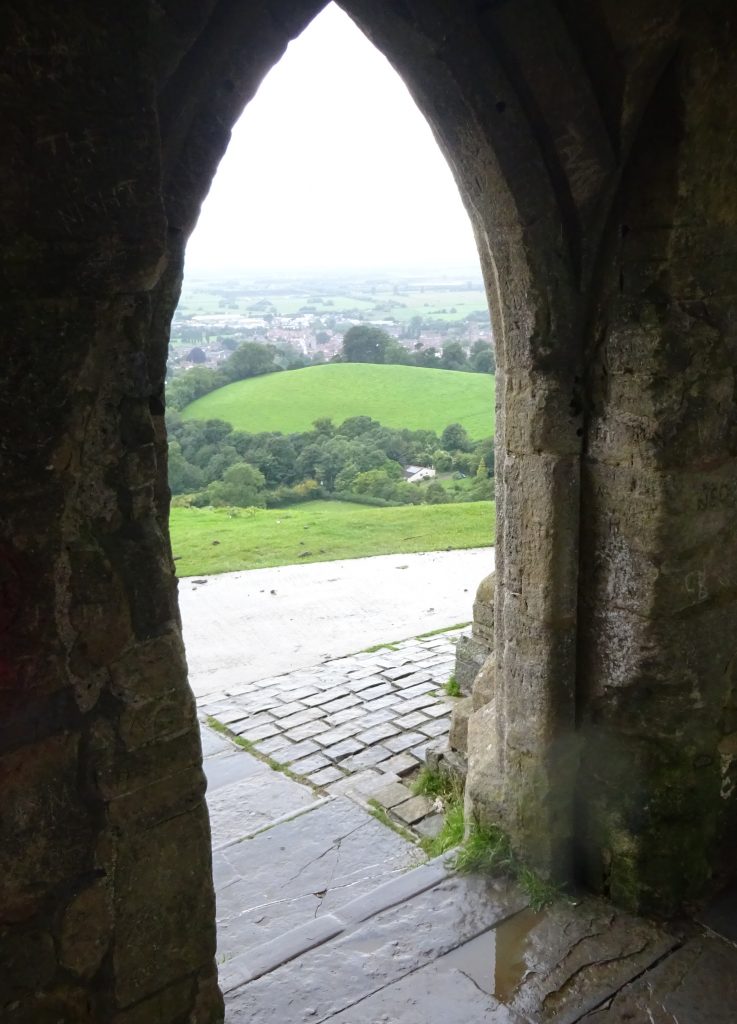 A visit to Glastonbury is not complete without climbing Glastonbury Tor! With amazing views of the surrounded landscape, it’s easy to see why it has a religious and spiritual significance even today! And at least you don’t have to make the climb with hard peas in your shoes!

Want to visit? You can search for local accommodation on Tripavisor. 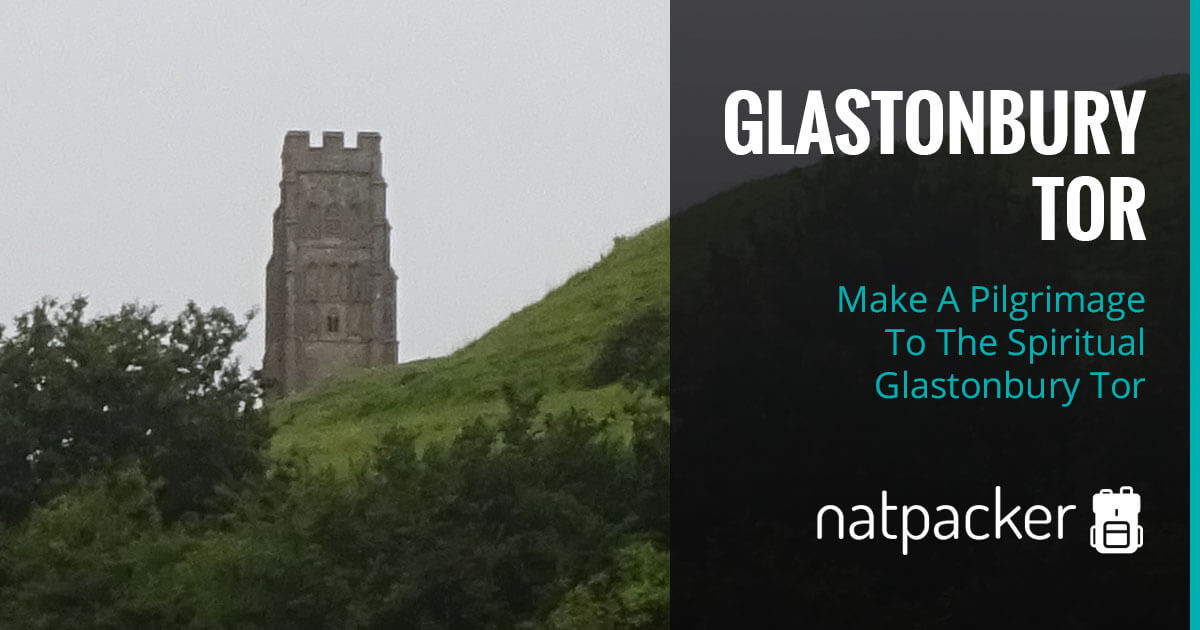