The Kelpies are big horse heads near Falkirk. But they’re more than that! They’re an impressive example of engineering and the world’s’ largest equine sculpture (at time of writing). They really are impossible to miss, you can see them from the M9! To have a proper look at them head to the Helix Park. The park is open 24 hours a day (except during special circumstances). So take a detour of the M9 and get up close and personal with the Kelpies!

Thought I’d best make it clear, Kelpies are not actually horses (though the sculptures are horses). Kelpies are shapeshifting aquatic Faeries. They normally appear in the shape of a horse near a river or stream. They look like innocent horses and are particularly attracting children. However, once someone climbs on for a ride their sticky magical hide stops anyone from dismounting. The Faerie then runs into the water and drowns its victim.

They can also appear in the form of an attractive young woman and lure young men to their death! They can also summon up floods to drown an unwary traveller. 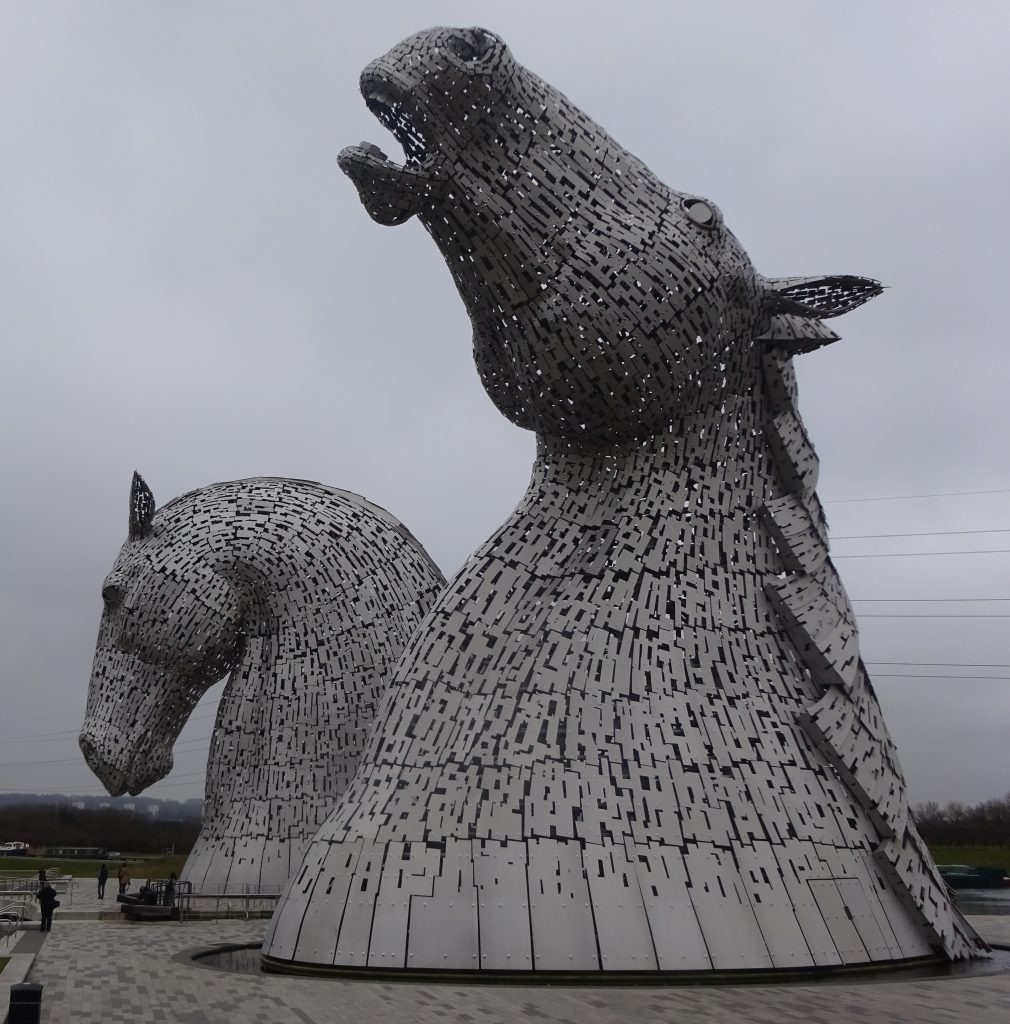 However, all is not lost! You can capture one by bridling it (or grabbing it’s bridle). Once captured the Faerie is stuck in its horse shape, but has the power and stamina of over 10 horses. A captured Kelpie is highly prized.

The sculpture of the Kelpies was the vision of Andy Scott. The sculptures show the lineage of heavy horse used in the area for industry and economy. From pulling plows to canal boats, these creatures have helped to shape the area. Naming them after the mythological creatures represents transformation and sustainability.

Real horses were used as life models for the sculpture. And each head is named after its model. Duke and Baron are Clydesdales that even came to celebrate the finishing of the sculptures!

Facts About The Sculpture 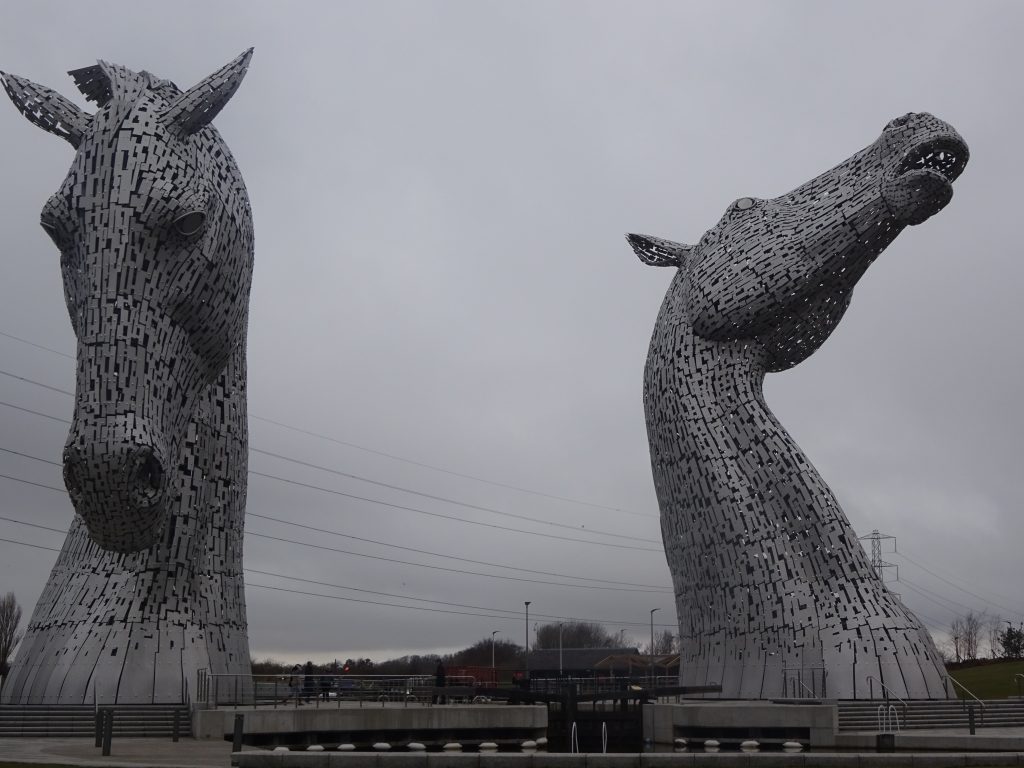 Want to get even more up close and personal with the Kelpies? You can take a tour! Spend 45 minutes learning of the vision of Andy Scott, the life of working horses, the history of the local area and the local canals. The best part of the tour is that you get to go inside the sculptures, where you really can appreciate the amazing construction! 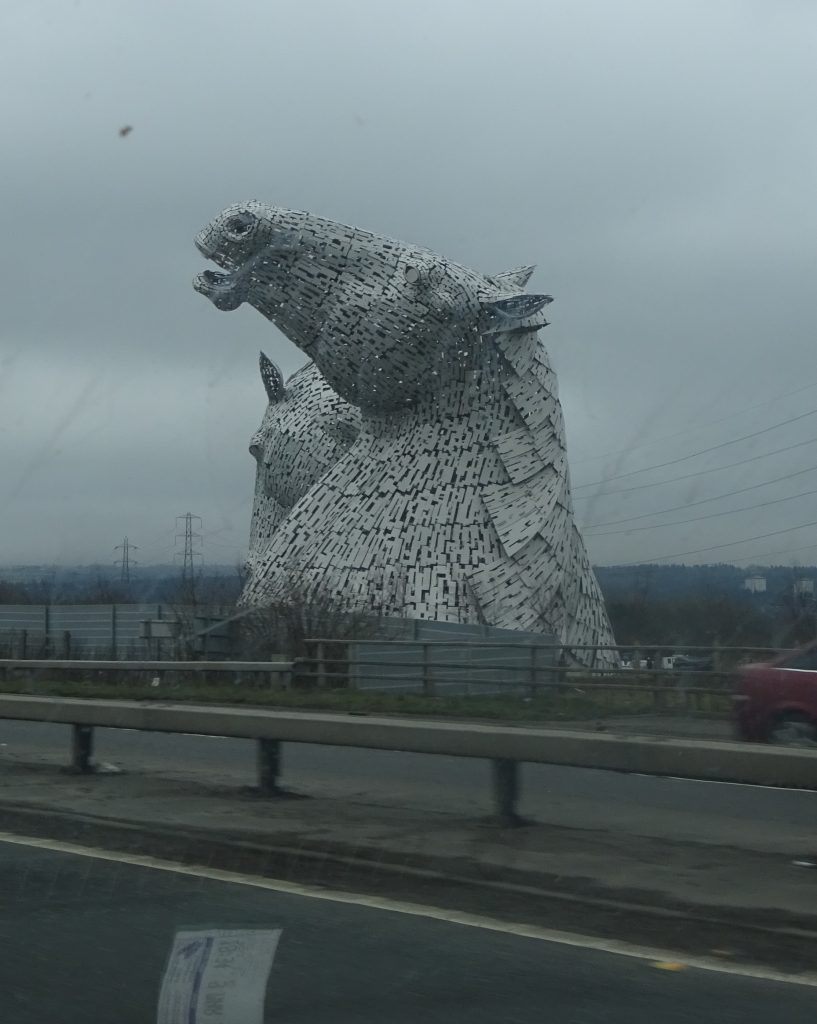 The Kelpies From The M9

The Kelpies are an impressive sculpture. It’s well worth having a closer look than on the M9. Get up close and person to really appreciate what an amazing structure they are!

Want to visit? Check out the local accommodation on Tripadvisor. 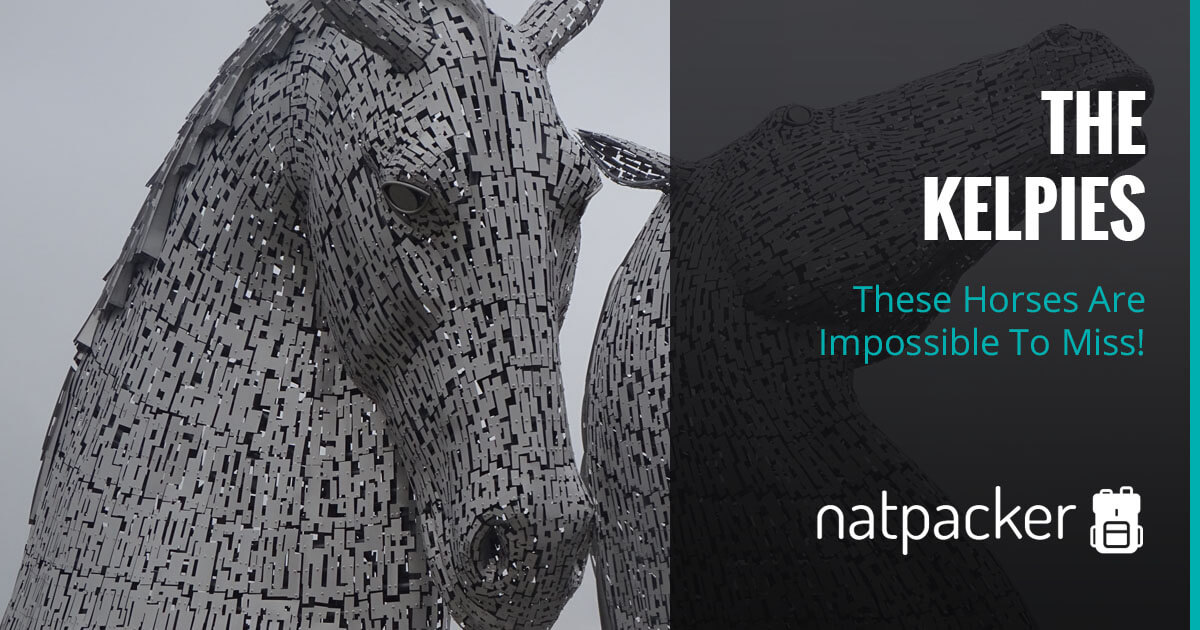