Nether Alderley Mill can be found on Congleton Road, just south of Nether Alderley, Cheshire. It is a 16th century water mill that is currently under the ownership of the National Trust. The mill is a Grade II listed building and one of four virtually complete corn mills in Cheshire.

The current mill was probably built between 1595 and 1597. Although this building was then enlarged to its current size and layout in about 1746. Materials from the original mill would’ve been used to save on building costs.

The present mill was the manorial mill of the Stanley family. The mill was run by subsequent families of millers who lived in the village. 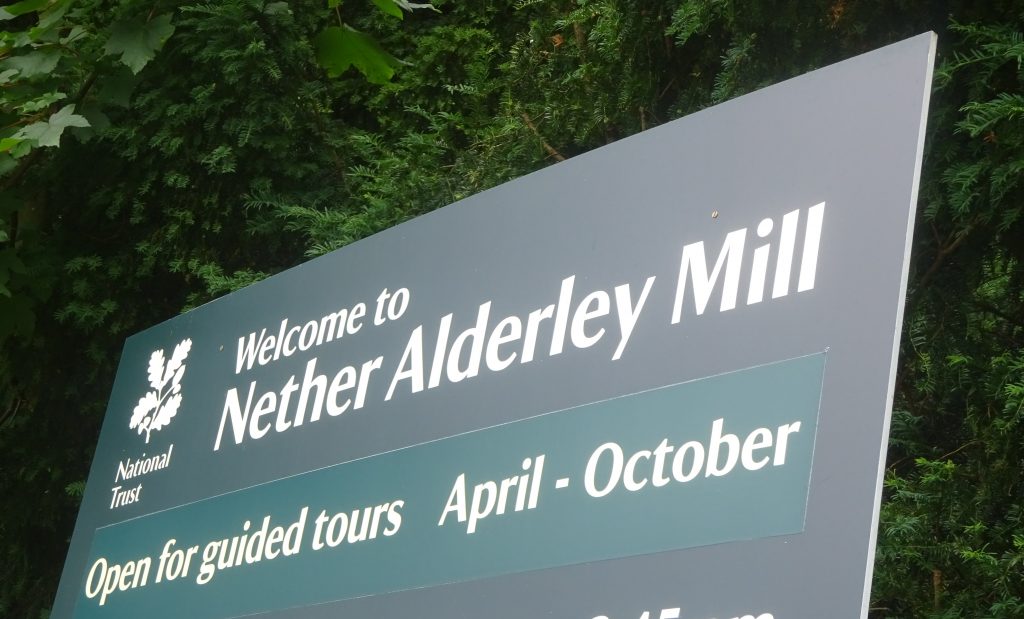 The machinery was replaced in 1850 and 1871. The miller would have to regularly check the machinery.

Due to rising costs of wheat and better technology becoming available milling at Nether Alderley Mill became less profitable. In the 1930s the mill shut down altogether and became derelict. The mill was then given to the National Trust in 1950.

The National Trust has now restored the mill to an operation corn mill. The roof has been restored as well as the internal machinery. 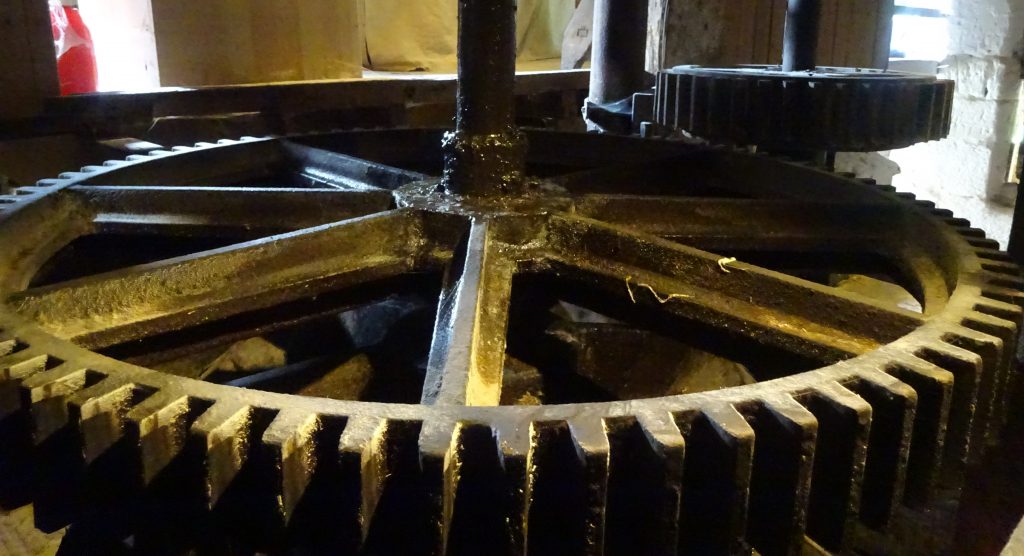 You can only visit the mill by guided tour, due to the uneven floors, steep stairs and low ceilings. There is also limited parking. But don’t worry, the tours are pretty regular! On the tour you will learn about the history of the mill, the machinery, the milling process and the millers and their lives. Not to mention the graffiti you will spot all over the building, put there by millers.

The Millers And Their Lives

It is only possible to trace the millers at Nether Alderley Mill back to 1800. There were the Mottrams, the Blease and the Rawlins. The millers occupied part of the old hall until Lord Stanley built Mill House in 1920. 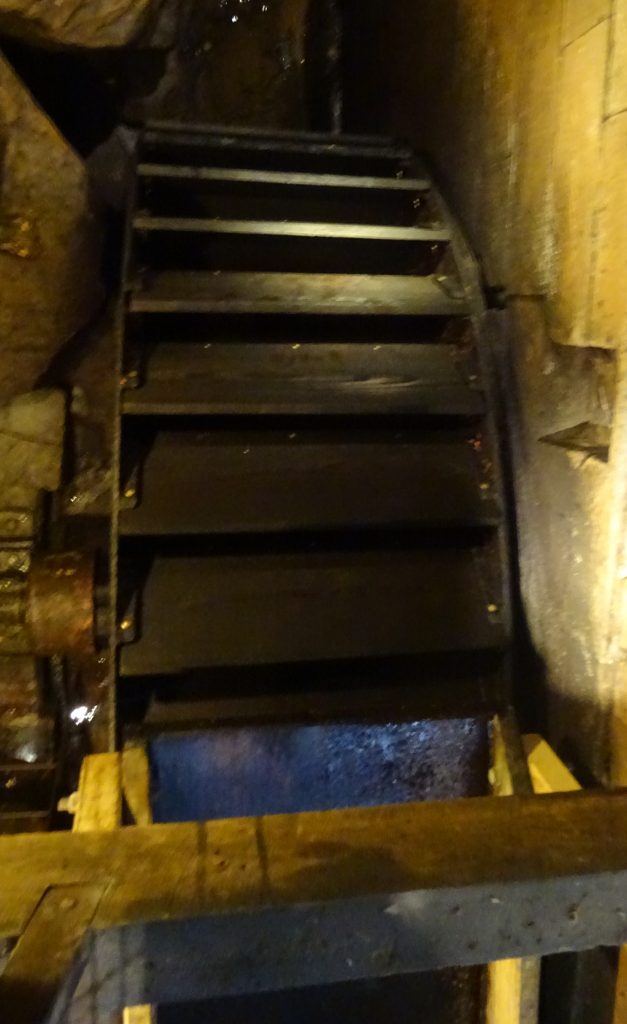 The millers had a hard life. They worked long hours, doing difficult, demanding work in dangerous conditions. Flour dust is flammable, so he would have to take care that the millstones did not dry out. The miller was always inhaling this dust and many developed nasty coughs

The miller would check the machinery every night and carry any repairs ready for the next day’s work. He would also test the flour between his thumb and forefinger.

The Rear Wall – Ok, not machinery. But the rear wall forms the dam for the lake supplying the water to the mill. This millpond has acted as the main source of power since the 1500s. The pond also acts as a moat for Old Alderley Hall. 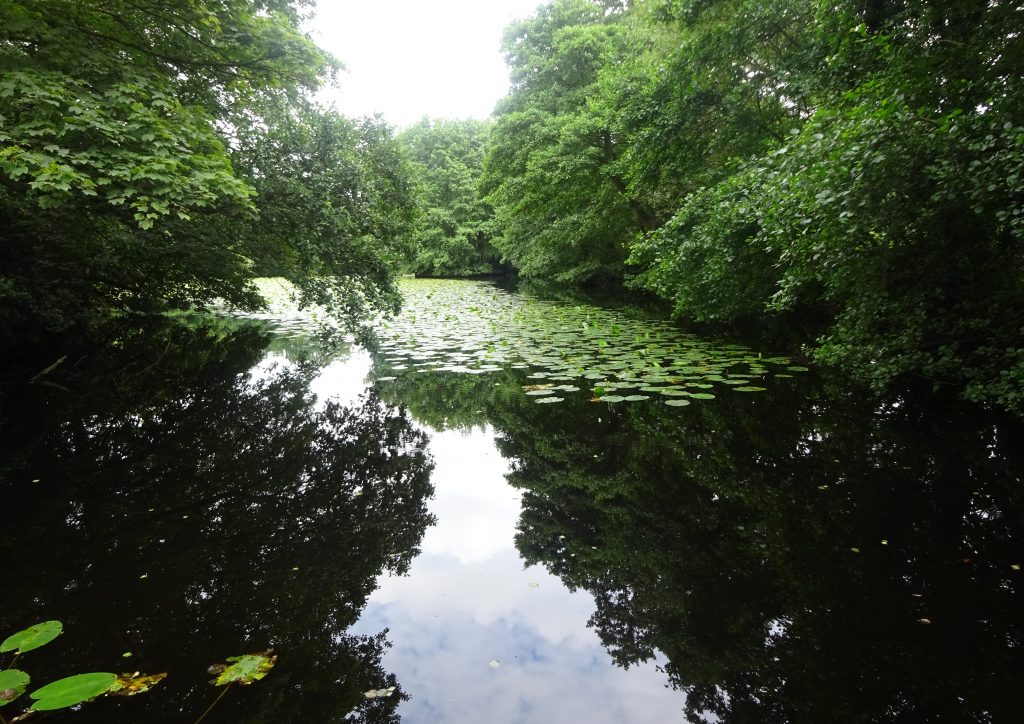 The Waterwheels – Nether Alderley Mill is a unique example of a triple overshot waterwheel system, two of which work. Each wheel can be operated separately, so in effect there are two distinct mills. The current wheels are from the 20th century.

The Kiln – This is where the grain was dried and the quality checked before it was changed to flour. 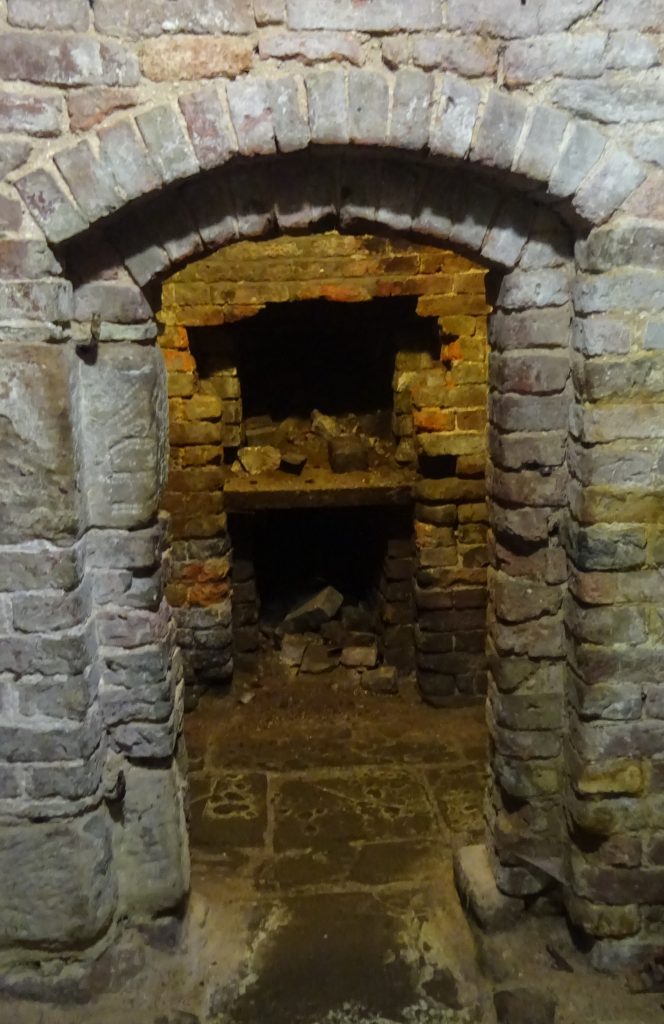 Nether Alderley Mill is a little gem of history and and charm. Although you can only see by a guided tour, that is not necessarily a bad thing! The tour give you a vast wealth of information about the mill and the millers that worked here. The mill has a unique triple overshot waterwheel system that is well worth admiring! The mill has been restored so that it is now functioning, who knows, one day you may be able to buy flour from here! 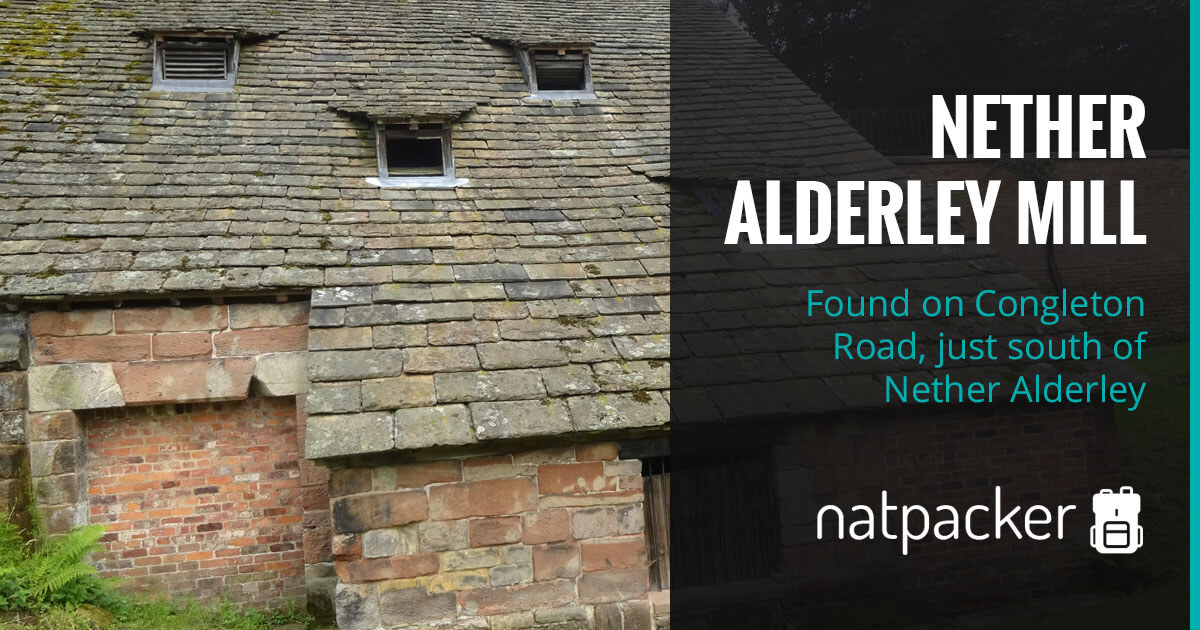