When planning my trip to Mexico trip I was faced with a big decision, the flights over there. I had a choice of cheaper options, which would mean taking over a day to reach Mexico from Manchester. Or I could pay a little more and reduce the journey to a mere 18 hours. Also, the cheaper flights meant I would have to bring my own food (for over a day of travelling and airport food is not the cheapest) and wouldn’t be able to check in a bag (not a problem as I was planning to travel with just a carry-on size anyway)

In the end, I decided that my time was worth more than my money, British Airways. The price was still a little bit more than the cheapest journeys, but I thought it was worth it. Although I booked through British Airlines, the flight I booked was actually with their partner, Iberia. Since British Airways says that their partners give the same service, I guess i am kind of reviewing both companies in one go, and maybe all the BA partners!

Disclaimer: I was given media rates on my British Airways flight in exchange for a honest and unbiased review, all opinions are my own.

So, was the flight actually worth the extra money? Here’s my review of the flight to Mexico with Iberia/British Airways:

Iberia is an airline that is based in Madrid, who aim to provide quality, punctual and safe air travel. Founded in 1927 the company now boasts a fleet size of 79 and travel to 89 destinations.

In 2011 Iberia merged with British Airways to form the International Airlines Group (IAG), although both companies continue to operate under their original brands. Due to this merge the IAG became the third largest commercial airline.

There are five classes of service with Iberia – Economy; Premium Economy; Business; Business Club and Business Plus. I choose to go for the simple (and cheaper) option of economy, as this has, according to their website, been improved. 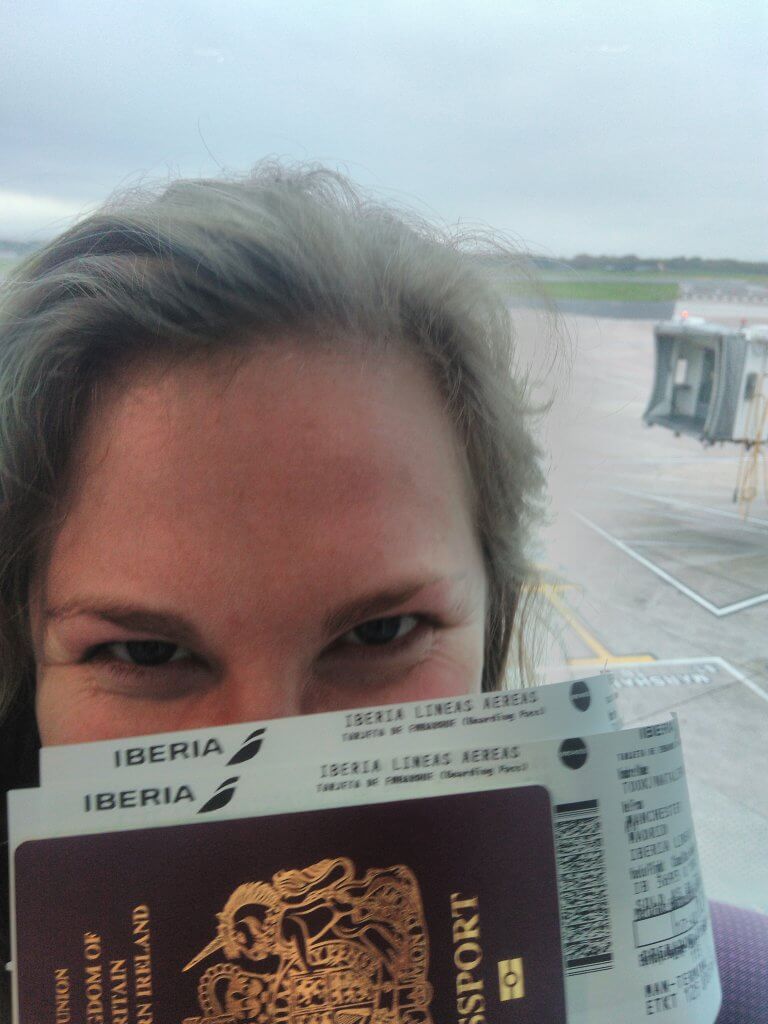 Getting Ready To Fly With Iberia

I was a little special and over excited when booking my flight and then when about to leave, that I didn’t realise that the e-ticket on my phone was Iberia and so went to the BA check in desk, where I was quickly pointed in the right direction!

Check in was easy and went without a hitch. Plus the woman on the check in desk was absolutely lovely, chatty and smiley.

I had two flights to catch. The first from Manchester to Madrid, then a change at Madrid to the flight to Mexico City. When boarding both flights Iberia had an easy queuing system to make the process so much easier. Both flights were very punctual there were no problems.

The first flight to Madrid was not very long and with Iberia Express. Therefore there was no entertainment system and no food provided. But I don’t think this is needed on such short flights anyway. There was plenty of legroom and the seats were comfy, all you need for a few hours!

When I arrived in Madrid, I had to pretty much get to the other side of the airport. As we were all getting off the plane a member of staff was around to ‘collect’ anyone on an international flight. She led us to a airport bus which took us across the airport so that we were all able to get to our connections quickly, rather than running through the airport in a mad dash.

The longer flight to Mexico City had even comfier seats, a entertainment console and meals included. Even in the economy class I didn’t feel squashed when the person in front leaned back in their chair, tough I am quite small.. 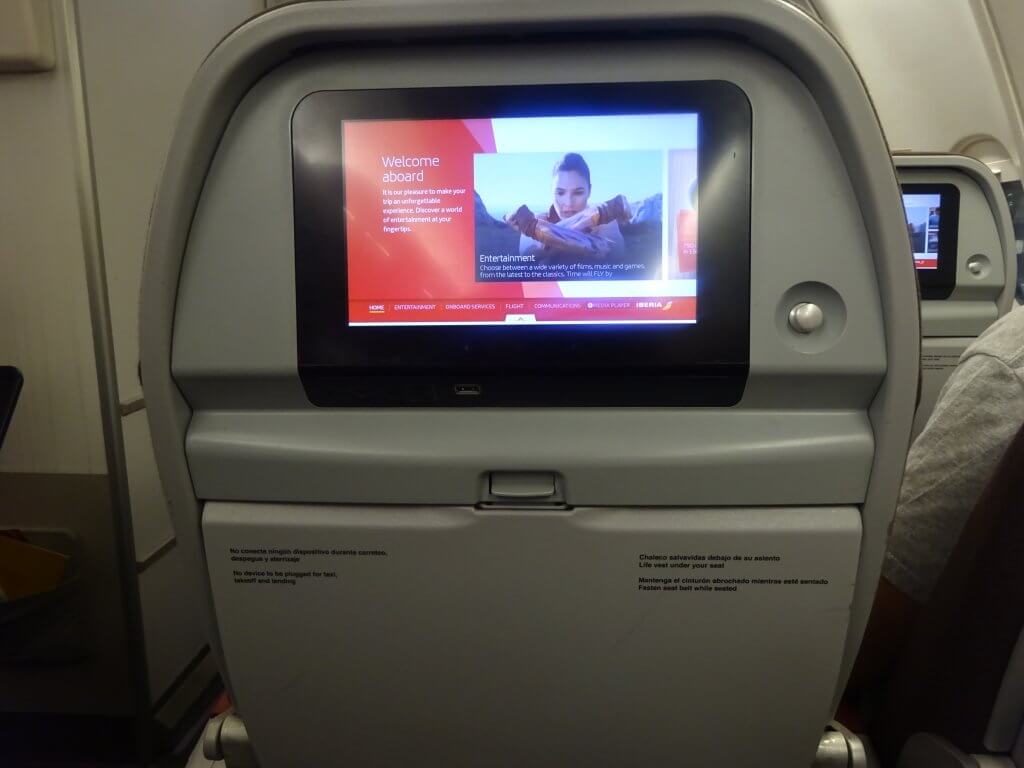 The Entertainment Console On Iberia

The entertainment console had plenty of films, TV shows and games to scroll through. There were also USB ports on the screen. This meant I could charge my phone and camera, as these only need a USB connection to charge. Because I really sad I really liked the interactive map that showed how far along the journey was. Although the plane on the picture was facing the wrong direction! 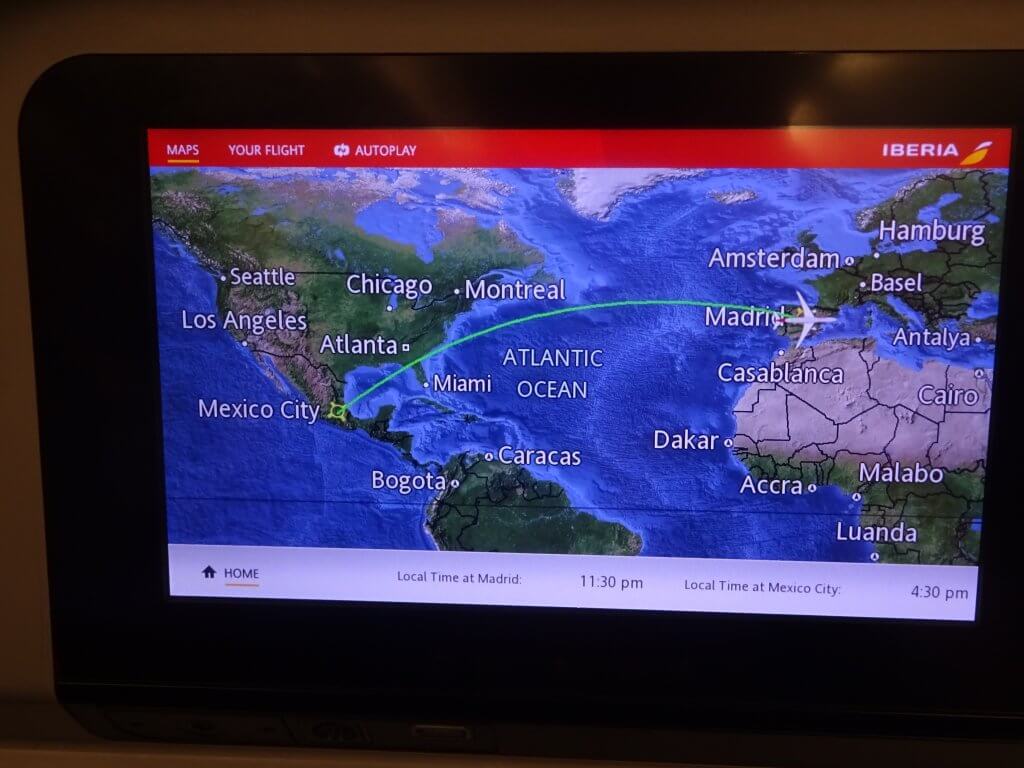 The Interactive Map, With The Plane Facing The Wrong Way

On this flight I was served dinner and breakfast, plus as many drinks as I wanted throughout the flight (and it’s very important to keep hydrated during long flights). At both times I was given a choice of two meals. For my dinner I had pasta and for breakfast I chose the croissant. Both meals were plentiful and tasty (well as tasty as flight meals can be, let’s face it they are microwave meals and taste buds don’t work properly at altitude). 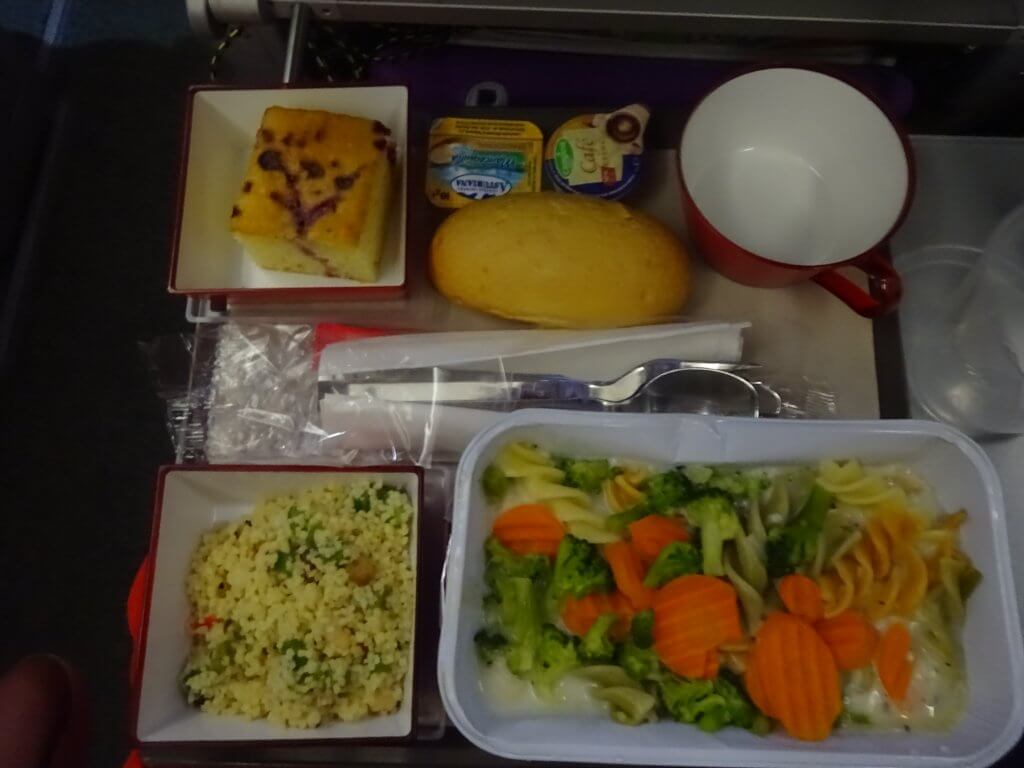 My In-Flight Dinner Of Pasta

In all honesty, I would say that the extra money I spent on a shorter trip to Mexico was well worth it. The seats were comfy, the staff friendly and helpful across all aspects of the journey, plus it meant I could check in my bag with no extra charge (and so not have to fight to get it in an overhead locker near me) and received food on the flight. Plus the whole experience was run well, meaning that I could get to my connection on time and both flights were punctual.

If I am honest, I love flying anyway. But having the extra bit of comfort and reducing the travel time to less than a day, in my mind was worth the extra money.