“A journey of a thousand miles must begin with a single step.”

This quote tells how important the first step in any journey is. Without that first scary step you won’t travel anywhere.

This travel quote is attributed to Lao Tzu, who was a Chinese philosopher and writer. He is a legendary figure who many believed to have lived around 6th century BC, although some think the 4th or 5th centuries, during the warring states period.

Lao Tzu is reputed to be the founder of Taoism. He is a central figure in Chinese culture. Emperors of the Tang dynasty and modern people with the Li surname claim that Lao Tzu was the founder of their lineage.

This quote says that the first step of a journey is the most important one. Without that first step, you will not go anywhere.

The first step is the scariest on a journey, especially if it is your first travelling adventure. Some people never manage to take it. You need courage to take that step. But once you make that step, each step gets easier and easier.

The step can be metaphorical. It might be actually buying the plane ticket, sacrificing that coffee you have everyday to save money for the trip or it may be crossing that threshold once you’ve checked in at the airport! But after that step you feel more excitement than fear.

My ‘first step’ was saying bye to my parents and aunt at the airport on my gap year. We’d got there early to meet my partner, who was travelling with me. So we met with his parents and gran for a drink. After the drinks were finished we still sat there, none of us wanted to begin the goodbyes. But after we finally said goodbye going to check in was easy. And the rest is history!

That first step, whatever it may be, is where it all begins! 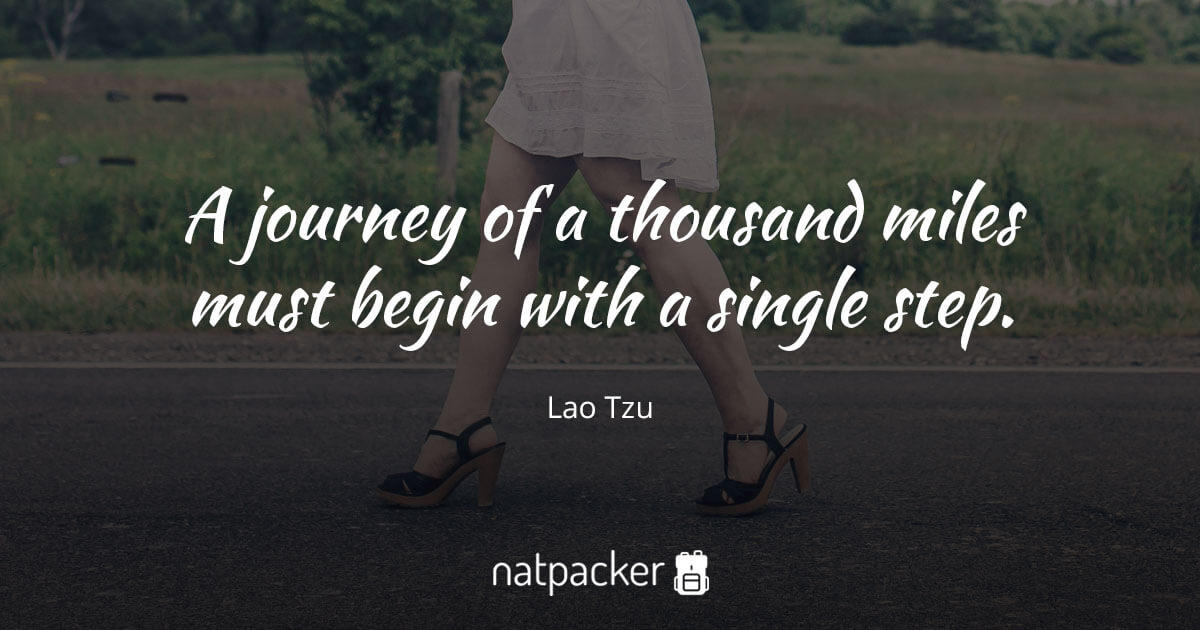