On researching for my six month trip to Mexico, I discovered that the tap water is not safe to drink. As I tend to drink a lot of water throughout the day, this would obviously be a problem. So I had a choice, find a way of purifying/filtering the water or buy bottled water.

This is how I came across the LifeStraw.

Disclaimer: I was gifted a LifeStraw Go 2-Stage Filtration in exchange for a honest and unbiased review. All opinions remain my own.

LifeStraw believe that safe drinking water shouldn’t be an issue for anyone. No matter where in the world, you should have access to safe water. The parent company of LifeStraw, Vestergaard, was founded because of this belief. The company created a cloth filter to rid water of Guinea Worm Larvae in 1994.

Vestergaard developed the cloth filter into a pipe in 1999. And since the beginning has almost eradicated the disease.

In 2005 a “personal straw-like filter” was developed, this was the LifeStraw. This would make water safe by removing bacteria, protozoa and more. It was created as a straw so that people in developing countries, with no piped water, can have access to safe water. The LifeStraw is also used in emergency settings, for example, after a natural disaster. 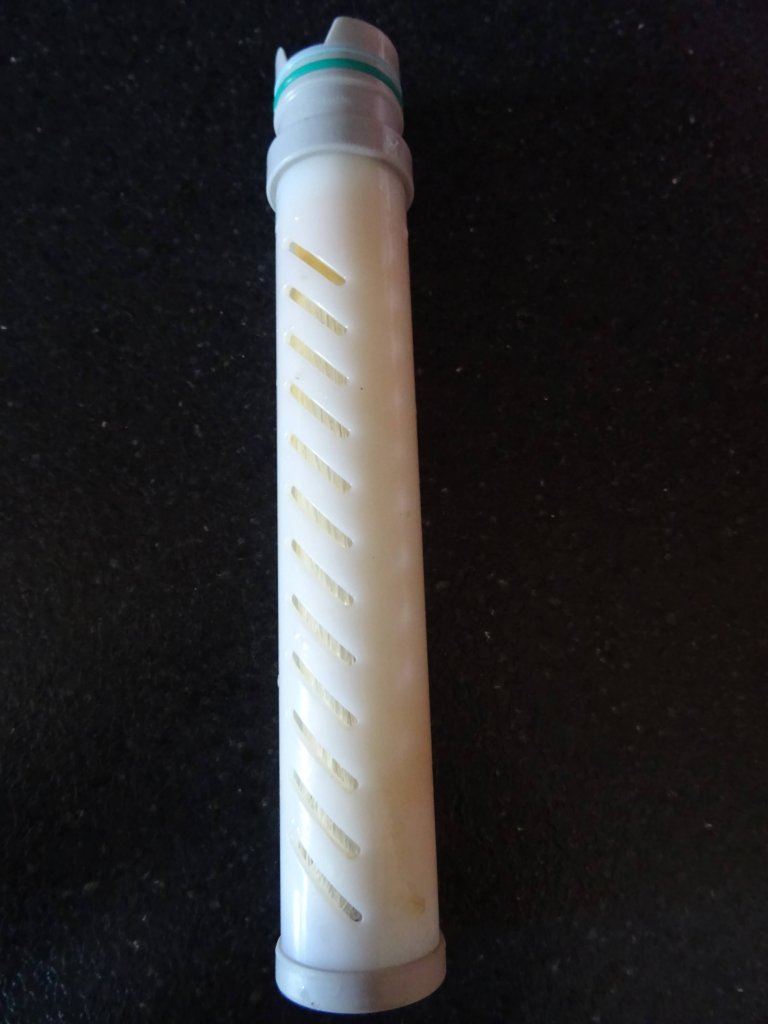 From then the portfolio grew. They now have bottles complete with filter, such as the LifeStraw Go and community filters to name just a few. And every product purchased has a big impact. For each product purchased, LifeStraw ensure that a child in need will receive safe drinking water for a school year.

The LifeStraw Go comes complete with a 2-stage filtration system. There is a carbon capsule that reduces chlorine, odour and taste. This part of the filter will filter about 100l of water, which is about three months of continuous use.

The hollow fibre membrane filters the harmful bacteria and more. However, it will not remove dissolved contaminants. LifeStraw states that the filter will remove 99.99% of waterborne bacteria (including E. coli), waterborne protozoan parasites (including Giardia and Cryptosporidium) and microplastics. This part of the filter will filter 4,000 litres of water, which is about 5 years of continuous use.

Other than the maximum amount of water that can be filtered, both parts have no shelf life.So if the straw is used and then not needed for a few months, as long as it has been stored and cared for correctly,  it will be safe to use again. Replacement filters are available, so you do not have to throw the bottle away after the filter has finished. 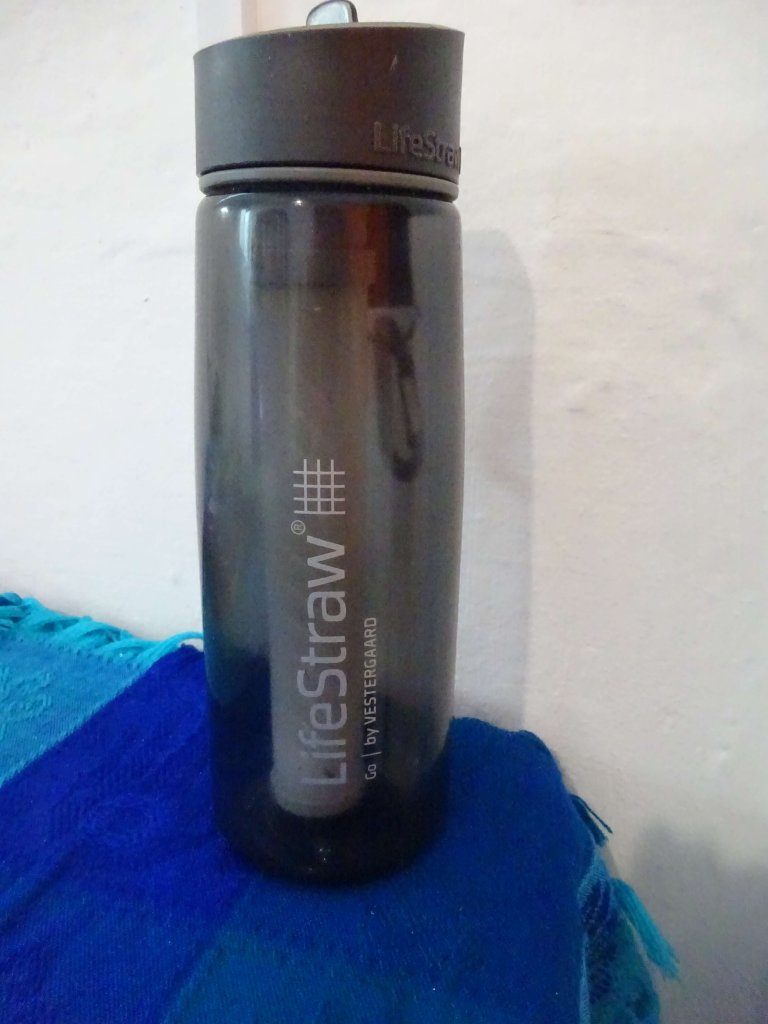 The LifeStraw Go – Bottle With Filter

So, how do you know the filter has filtered all that it can? Quite simply it just stops working. It will slowly become harder to suck through the straw and will eventually just stop.

The bottle is available in five colours, from grey to pink. All colours are translucent so you can see how much water you have left. The maximum fill of the bottle is 650ml.

When I received my LifeStraw Go I was impressed at the lightness of it. It really is light to carry. I had the grey colour, so quite a subtle colour really. I did notice that once the filter is in place there is a gap at the bottom of the bottle. There is also a cabinera on the bottle, making it easy to secure to a day pack.

It’s easy to use, well it is simply a water bottle after all. First you attach the filter to the inside of the lid, which just fits in easily. Next you fill it to the 650ml line, which makes it look like it’s not actually full. However, once the lid is on and the filter in the water the level rises quite a bit. Then you’re ready to go. You have to suck the water through the mouthpiece, to make sure it goes through the filter. 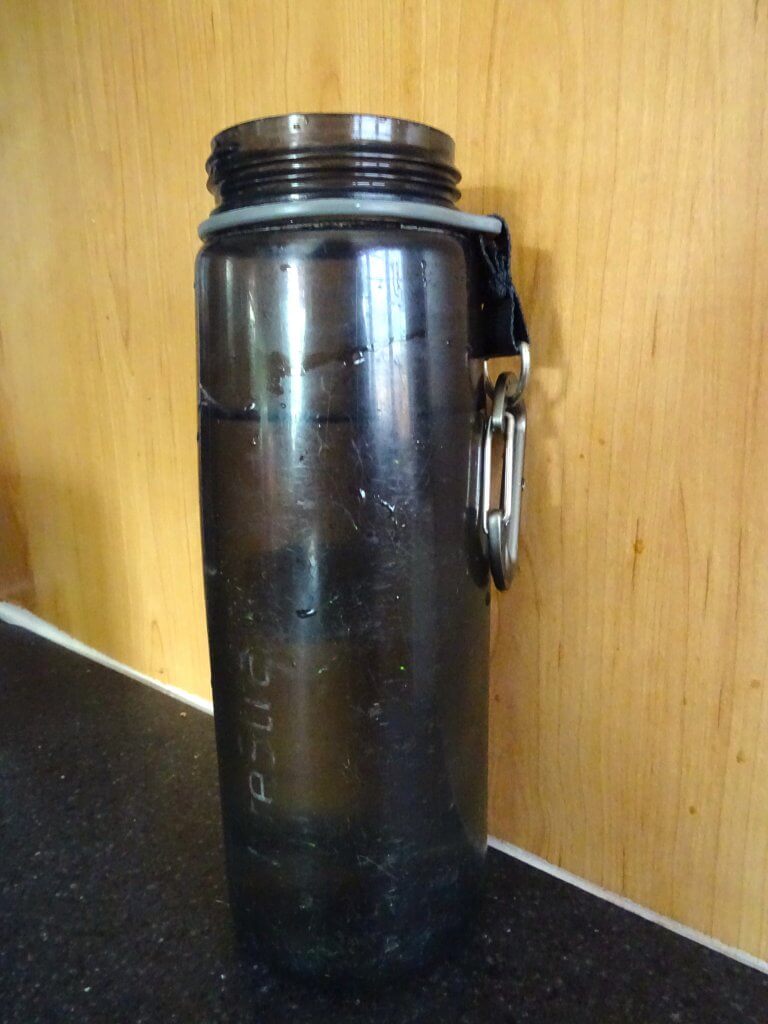 I used the LifeStraw Go throughout my six months in Mexico, on and off. There were times when I was with family, so they had filtered water. In these instances we just used the bottle as a water bottle. Me and Dave shared the bottle, so 650ml of water between us per day was nowhere near enough, which meant we also had to have other ways to purify water and decant into other bottles. Not being able to decant the filtered water also meant we had to find another way to purify water for cooking.

On first use, the water did have a plastic taste, but I find that with any water in a plastic bottle. This taste did fade after a bit of use. I did find it a little annoying that the last centimetre of water or so couldn’t be drunk, as the filter didn’t quite reach the bottom of the bottle. Well, it does, but the gaps for the water to go in don’t.

Another issue I found was that the plastic covering n the mouthpiece became covered in algae after a bit of use, so needed scrubbing fairly often – not something I tended to prioritise. The branding on the bottle also faded after a few months and the bottle itself looks very worn.

Overall I was very happy with the LifeStraw Go – it saved me a small fortune as I did not have to buy bottles of water. It also got me out of a few sticky situations where I could have been waterless. For example, in Xilitla my accommodation was about a half an hour walk from the town. As I had arrived from a night bus it was early morning. Once I got to the accommodation I wanted water, but the shop at the accommodation was not open and wouldn’t be for a couple of hours. Luckily having this filter meant I could drink the tap water as the filter would make it safe.

The filter itself works great, it makes water safe to drink, it completely does what it says. You can’t get better than that. Though the main issue for me was that it can only be used to drink water, and so another method of making water safe for cooking must be found. We didn’t actually finish the filter either, the flow started to decrease, but the flow has not completely stopped yet, so it does last a good while. 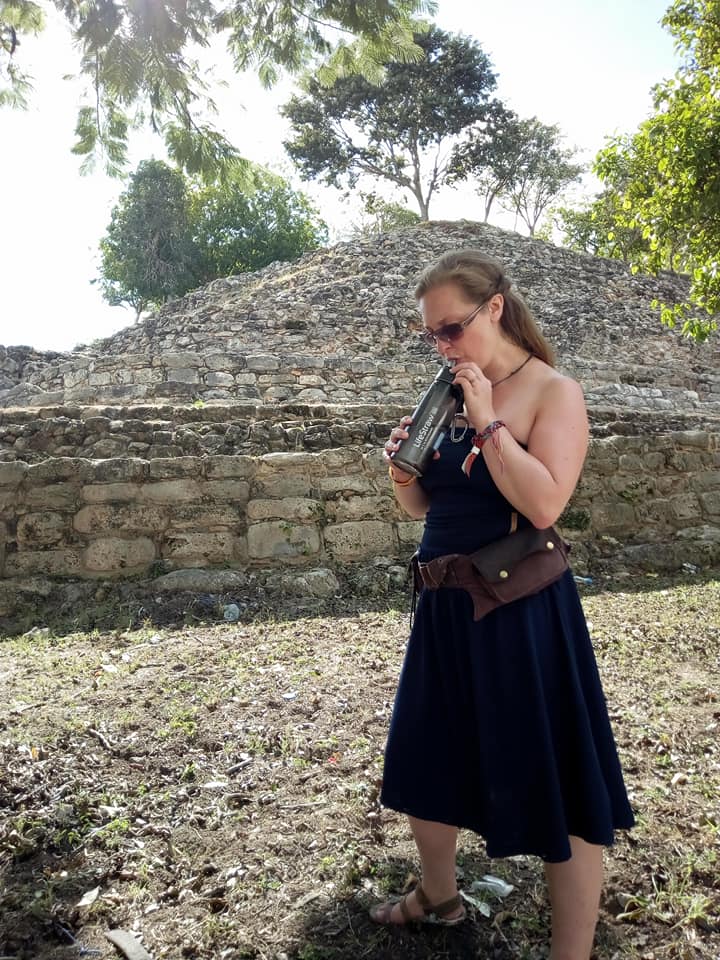 Enjoying Some Safe Water In Mexico

The only minor issues that I have stated are in the design of the bottle, not the filter. But as the filter made the water safe to drink and so saved me quite a bit of money, it is a very useful tool to have. 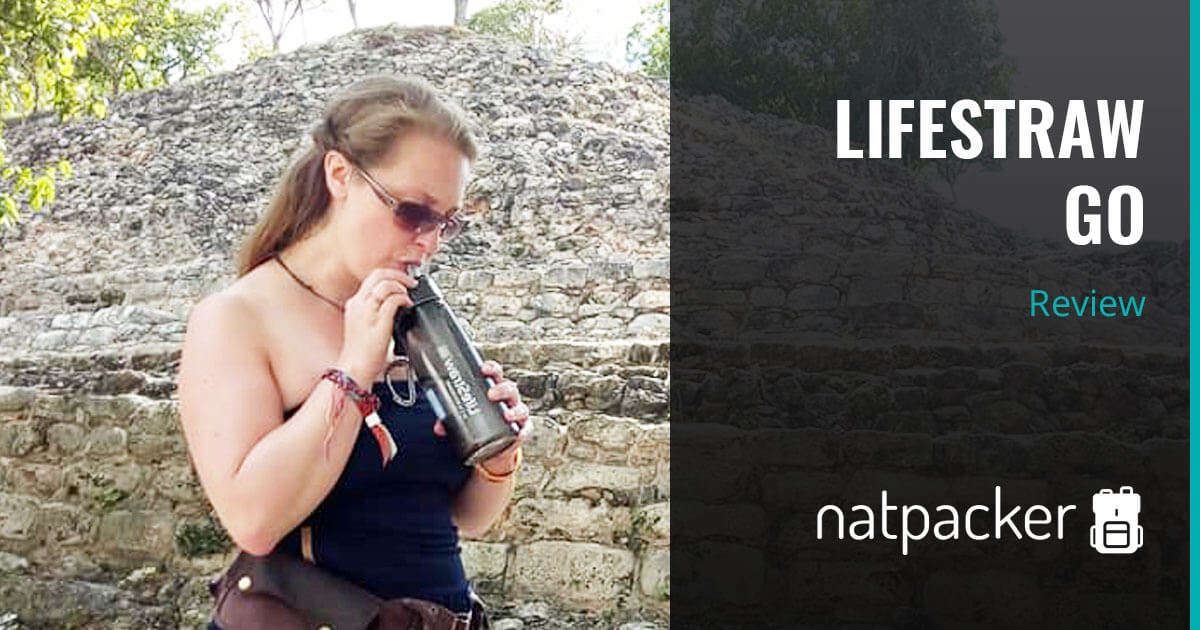