“If you reject the food, ignore the customs, fear the religion and avoid the people, you might better stay home.”

For me, this travel quote shows the difference between what I would class as a ‘traveller’ and ‘tourist’. It is about going out and enjoying new experiences.

The quote first appeared in the Holiday magazine in March 1956 and was by James Albert Michener. Michener was an american author, who wrote more than forty books. His works were mainly fictional family sagas that covered generations in areas and included real history. He was known for his careful research for his books and was a popular writer with a number of bestsellers to his name.

Michener was a philanthropist. He made large donations to writing and educational institutes. He was also awarded honours both during his life and after his death.

For me, I define a ‘traveller’ as someone who fully emerses themselves in the place that they are visiting, whereas a tourist just wants the comforts of home (note, a backpacker can be either). For those that just want to comforts of home, why not just stay there? Why waste the money travelling somewhere? It’s a stereotype that English tourists fly to Spain and all they do is lie on the beach, have a swim and find the English pub. Why? For me that is pointless. Yes, you may have the better weather, but was all that money worth it?

Travelling is about really getting to know the country or city you are in. Try the local dishes, speak to the locals (even with a language barrier this can be done) and understand the customs. What is the point of paying money to travel somewhere if you don’t actually want to experience it?

If all you want is home comforts with better weather, there is no point in travelling. Just stay at home and pray for better weather! 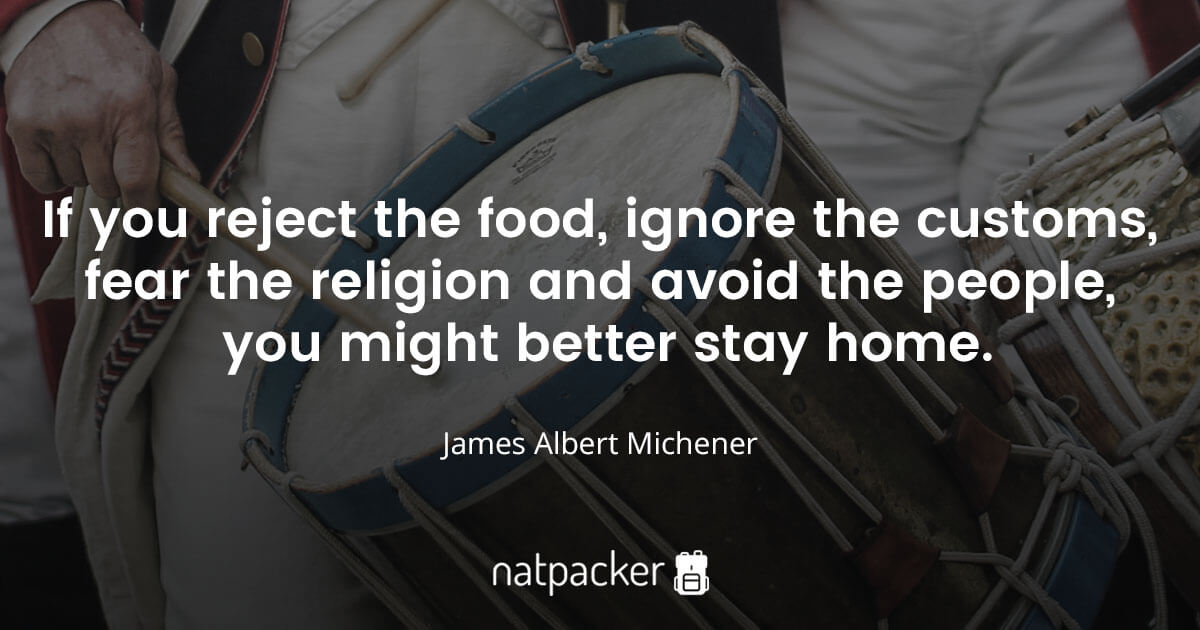