Knowing the correct backpacker hostel etiquette will make staying in hostels easier. You won’t annoy people and will be able to make friends. All hostels have their own rules, but the unwritten hostel rules are just as important to follow. The etiquette to follow is mainly common sense and based around respect. Quite simply, treat people how you want to be treated. There are etiquettes to follow in dorm rooms and common areas. And it doesn’t take long to learn them.

But First… What Is A Hostel?

A hostel is a cheap form of accommodation. In hostels you can stay in a dorm bed, sharing a room with other people. Dorms can be same-sexed or mixed. There are generally a few private rooms available too, but these are obviously more expensive than a dorm room.

Hostels are generally social places, with common areas for getting to know other guests. Often there is a kitchen, sometimes laundry facilities and usually shared bathrooms. There are several types from party hostels to those with a more chilled out vibe. There are several things I look for in a hostel, you can read what I look for in this blog. You rarely get them all but they’re a good start. 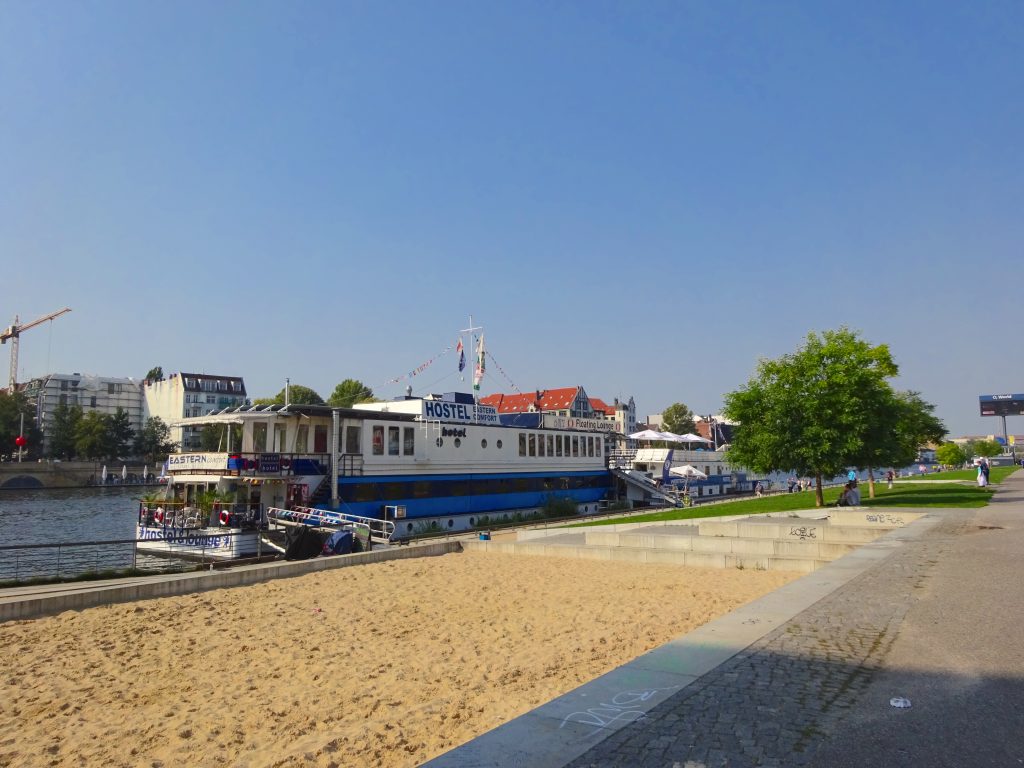 The Eastern Comfort Was A Great, Quirky Hostel

I have stayed in many hostels, some brilliant, some terrible, others somewhere in between. Hostel experiences can easily be ruined by someone not respecting the unwritten rules of staying in a hostel. 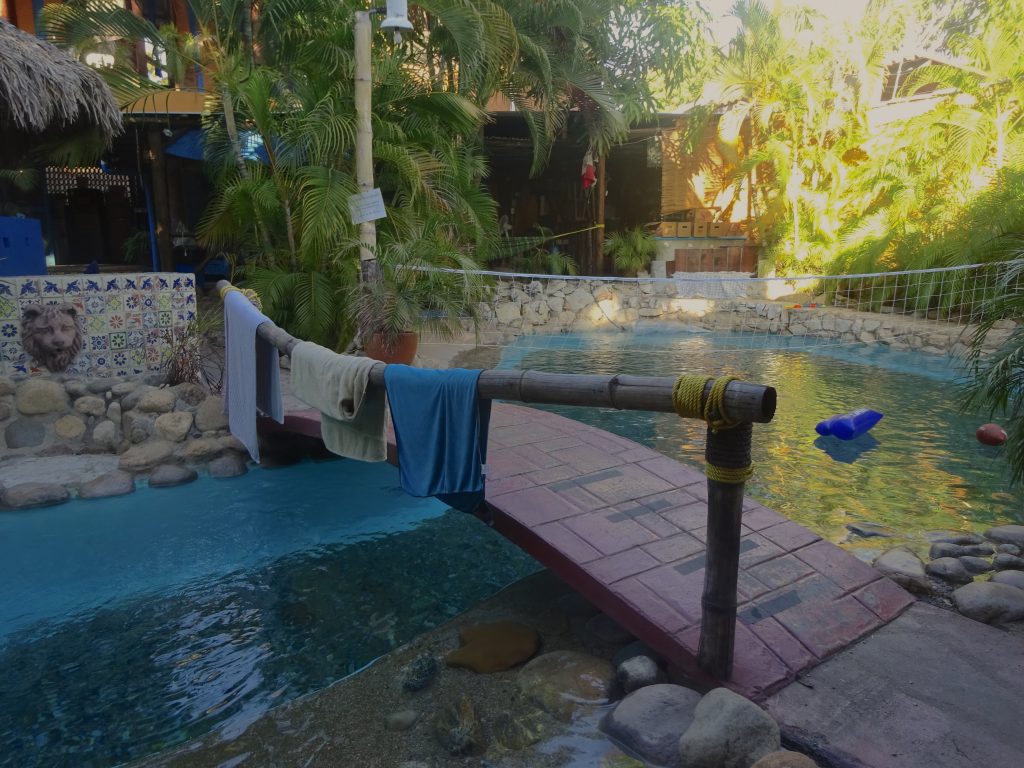 Tower Bridge Hostel In Puerto Escondido Even Has A Pool

Many travellers that break the unwritten code of hostel living are first timers, it’s first-time travel mistakes, and luckily they soon realise. And that’s ok, we’ve all been there. However, unfortunately, there is always one who has to be an idiot and never learns. Making the hostel not as fun, it ruins the hostel experience for everyone. Whatever you do, don’t become that person.

So whether you are staying in a hostel for the first time, or you want to check you are not THAT person, here are the basic backpacker hostel etiquette:

Dorm rooms come in all sorts of shapes and sizes. You may be sharing with as few as three other people or over twenty. Some have ensuite bathrooms, others you’ll have to walk what seems like five miles to the nearest toilet in the night. No matter the dorm room, keep to these unwritten rules:

Keep The Noise Down

Many hostels have designated ‘quiet time’ in the common areas, but it is important to respect these times in dorm rooms too. It’s just polite to be quite at least between 10 pm and 9 am, people do need to sleep you know. This extends to a number of things:

Also, if you’re on the phone, go somewhere else. People in the dorm don’t want to listen to your private conversations. And I’m sure you don’t want everyone knowing either.

Leave The Lights Off

If you need light for getting changed, go and use a shared bathroom. No one likes being awoken by the glare of hostel dorm lights.

Electricity is important to us all nowadays. Phone, laptops, cameras, they all need charging. Though many hostels tend to have enough power outlets for each person in a dorm room, some have a limited number of power outlets, so don’t hog them all. Only charge what you need to charge when it needs charging. 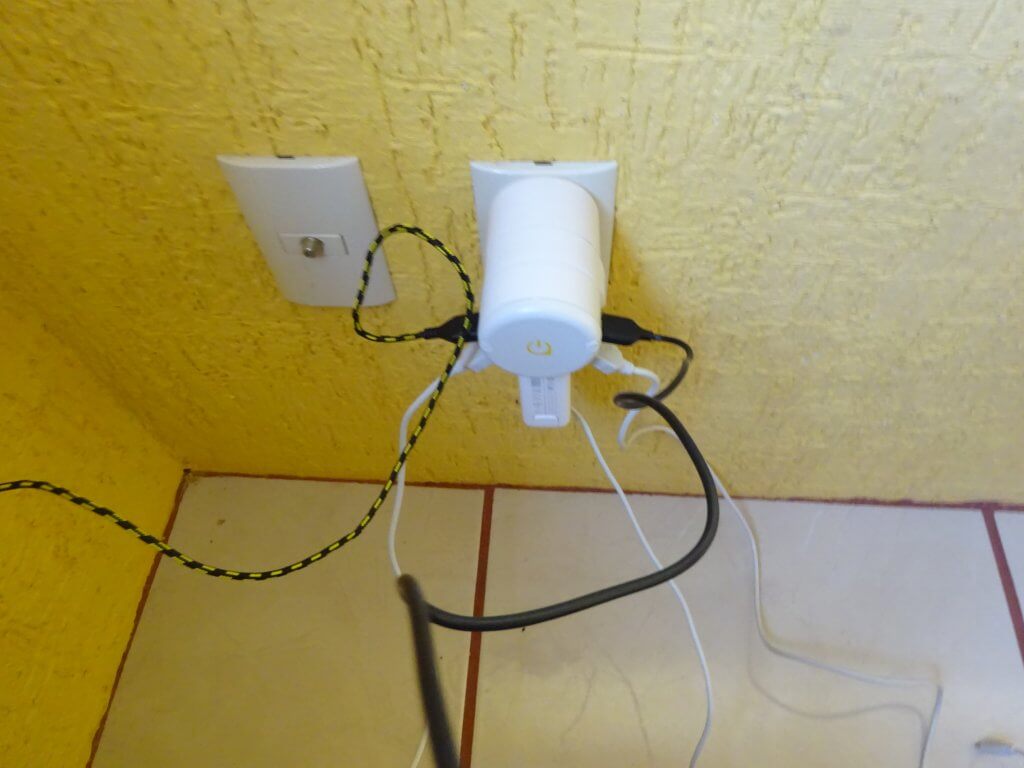 If You Have Several Things To Charge, Get A Charger With Multiple Outlets, Like The Twist Adaptor

Don’t unpack your bag all over the floor. The floor is not your drawer. A little bag overspill is fine, but keep it to a small area. This will also make it easier for you, as you won’t have to search the whole room when it comes to leaving the hostel.

If the hostel supplies lockers big enough for your bag (and many do), feel free to have a contained bag explosion in the locker. It won’t affect anyone else in there.

You might think this goes without saying, but it has actually happened to me. Many hostels now assign you a bed, which means this can’t happen. But for those that don’t, this is a reality.

If you get to a room assume any bed with bedding and/or bags/belongings on them are taken. If this leaves you with no bed, go to the reception and get them to sort it, or move you. Don’t take the situation into your own hands.

There’s nothing worse than being woken by the sounds of someone having sex in your dorm room. It’s just awkward! If you feel the primal urge, why not treat yourself and get a private room? 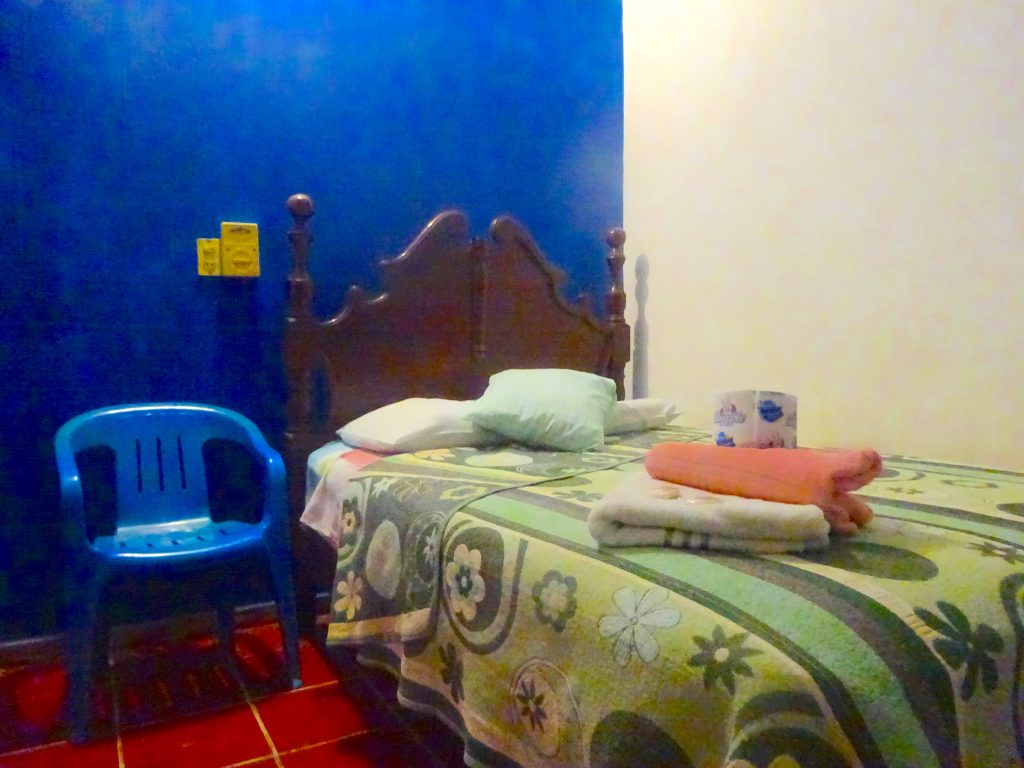 Backpacker Hostel Etiquette – If That Primal Urge Is Felt, And There’s Someone Willing, Get A Private Room

If a private room isn’t an option and you just can’t help yourself, at least have the courtesy to be as quiet as possible and hang sheets around the bed, so you are less visible. Oh and NEVER try to go at it on the top bunk. It will rock the person below you awake and creak, so the whole dorm will know what you’re up to.

For bed I mean. No one’s going to judge you for what you wear during the day, but what to wear to bed is a different matter. Please, please, please do not sleep naked. I don’t care how hot it is, keep your private parts to yourself. Your dorm mates don’t need to see you naked. Other than that, anything goes.

Common areas vary in hostels. Some are awesome, some might as well not exist. The number of common areas also varies, some just have one room, others have various areas. Generally, there will be shared bathrooms, a kitchen and a social area. Here are the unwritten rules to stick to in these areas:

Clean Up After Yourself

No one wants to use dirty facilities, so always leave them how you would like to find them. Your parents aren’t following you one your travels wiping your arse and you shouldn’t expect fellow travellers to do it for you. Common Areas Are Great To Take A Break And Meet People, But Leave Them Tidy

So, in the bathroom don’t leave a mess. Hostel showers aren’t always the best, so mop up any water drips or spillages flush the toilet. You know, all the stuff you’d do at home.

In the kitchen, was your pots and pans. Do this as soon as you can, some hostels have a very limited number of cooking implements, so if you leave it dirty someone else can’t cook. 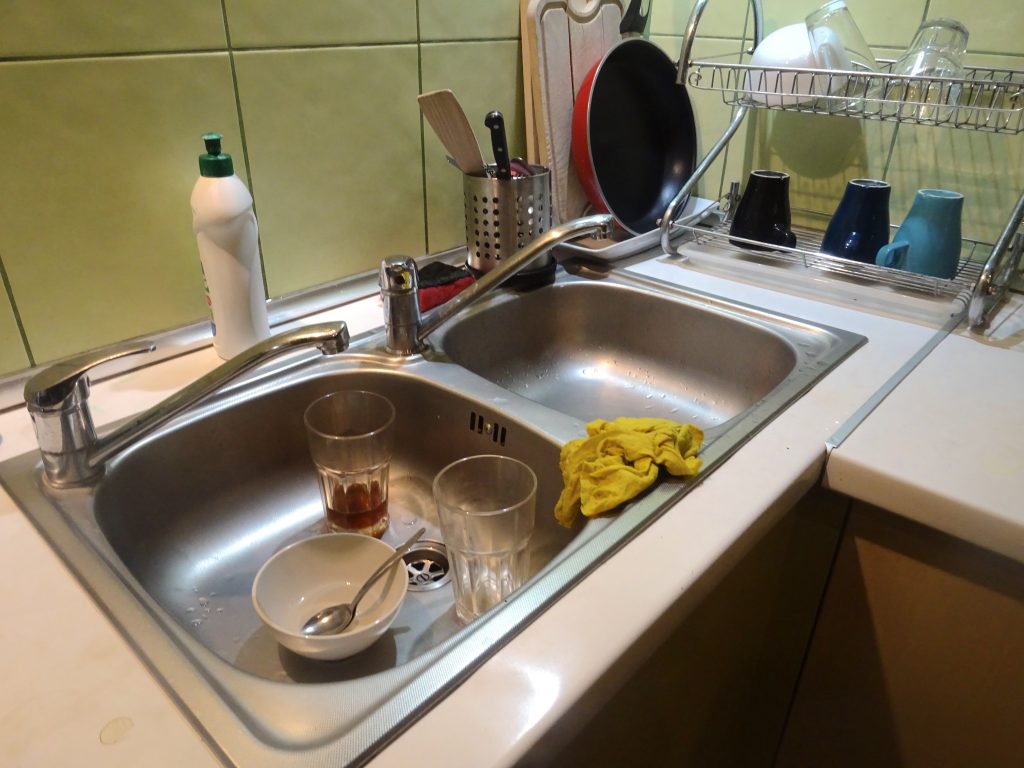 Leaving Washing Up In The Sink In The Hostel Kitchen – Not Cool, Not Cool At All

There may be free tea and coffee, maybe free breakfast or even rice and pasta. That’s great. But don’t take the Micheal. Don’t be filling up a container with pasta, or putting a week’s worth of bread in with your food. Leave some for the other travellers. This goes for any free toiletries that have been left too – don’t take the whole lot, just use what you need. 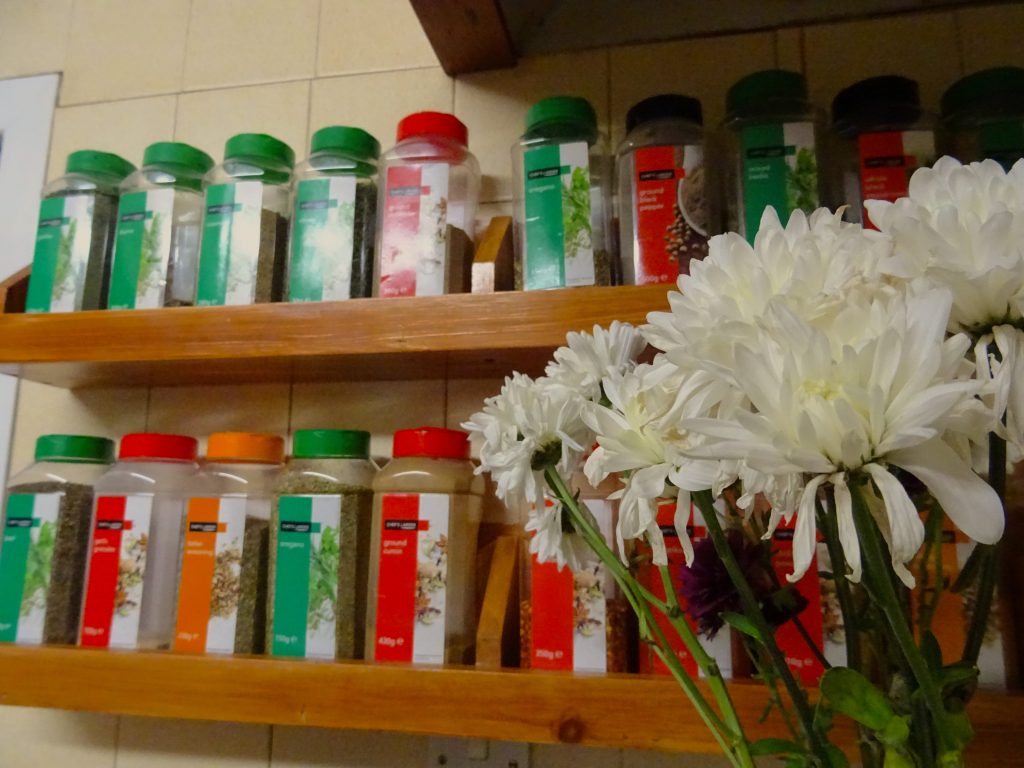 An Amazing Amount Of Spices To Use In Loch Ness Hostel, But The Etiquette Is To Only Use What You Need

Be Quiet Near Bedrooms 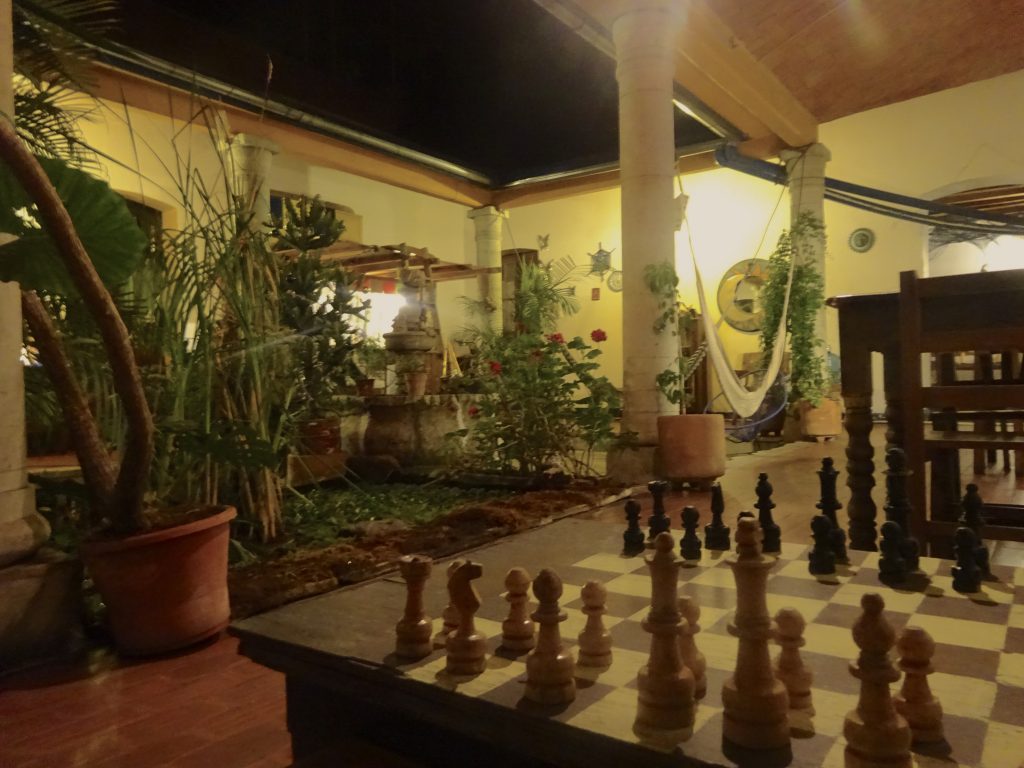 All The Dorms Came Off This Common Area, So The Unwritten Rule Was To Be Quiet At Night

There is a special place in hell for backpackers who steal from other backpackers (I believe it’s the same as the one for those who speak during the theatre). If food is labelled, it is not free. So don’t eat it. If a dorm mate leaves some shower gel out, it isn’t permission for you to use it.

Stealing is stealing. Don’t do it.

Not all hostels were created equal. Some have more than enough facilities, others don’t. So don’t spend hours in the shower. It is a shower, not your personal spa, and chances are someone else will want to use it.

That recipe you found that takes hours in the oven, it’s a no-no. Well, unless you can stretch it out to feed everyone. Other people want to eat too.

So think about how long you are taking. Try to be as quick as possible so others can use the facilities too. 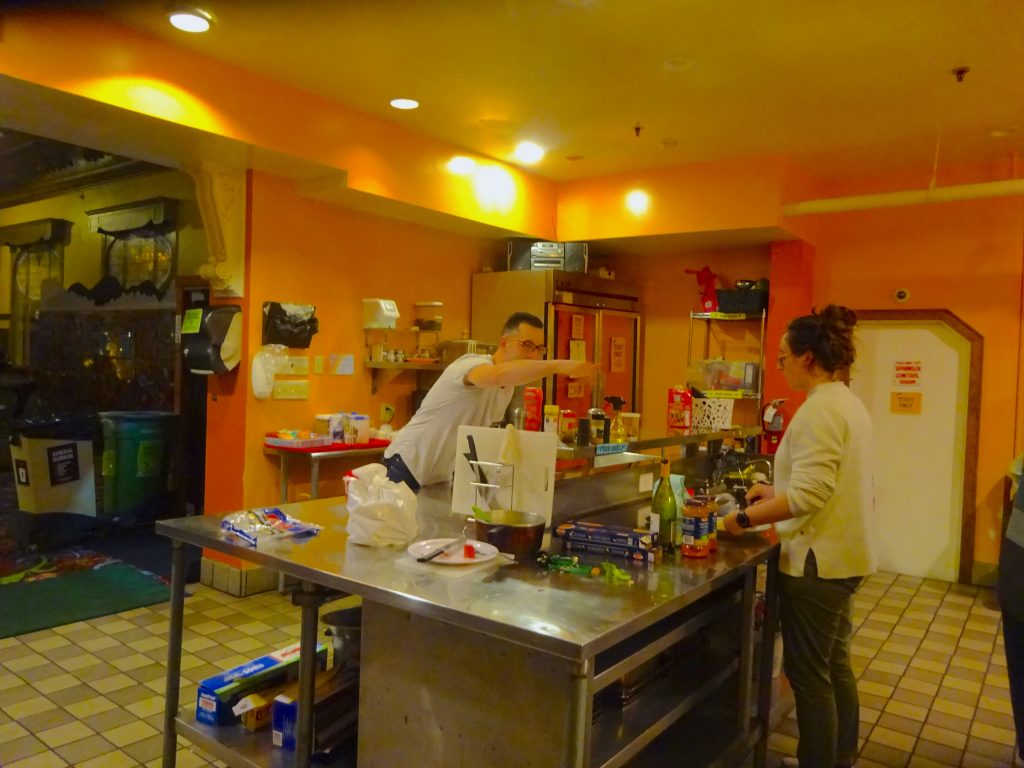 Facilities Are To Be Used But Don’t Hog Them. Some Hostel Kitchens Are Much Smaller Than This One

Hostels are a social place, generally, backpackers are friendly. Many are solo travellers and so looking for some company. Smile and you will be surprised at how easy it is to make friends on the road.

And don’t be a dick. Seriously, there is always one that has to be the loudest, the craziest and just dominates the common room. Often they deliberately annoy others too, sometimes they even bully to get laughs from their mates. There’s no need, so just don’t.

Also remember, sharing is caring. So if you’re drinking with a few new friends and someone looks lonely, offer them a drink and get them involved (but don’t force them). And when you leave the hostel, if there’s some food or toiletries you can’t take, leave it in the ‘free stuff’ for others to use.

There is an unwritten code for staying in hostels – break it at your peril! Hostel etiquette is based around respect. As long as you treat others how you want to be treated and leave facilities how you would like to find them, you should enjoy your stay and make new friends. Just be sure you also follow the official hostel rules too! You Can Make Some Great Friends In Hostels, As Long As You Don’t Break The Backpacker Hostel Etiquette

And be prepared for the backpacker hostel etiquette to be broken once in a while. Whether by THAT idiot or a new traveller learning the ropes, it happens. So bring a sleep mask and earplugs so you can at least get some sleep when it happens.

Ready to try a hostel? I normally search for a place to stay on HostelWorld. 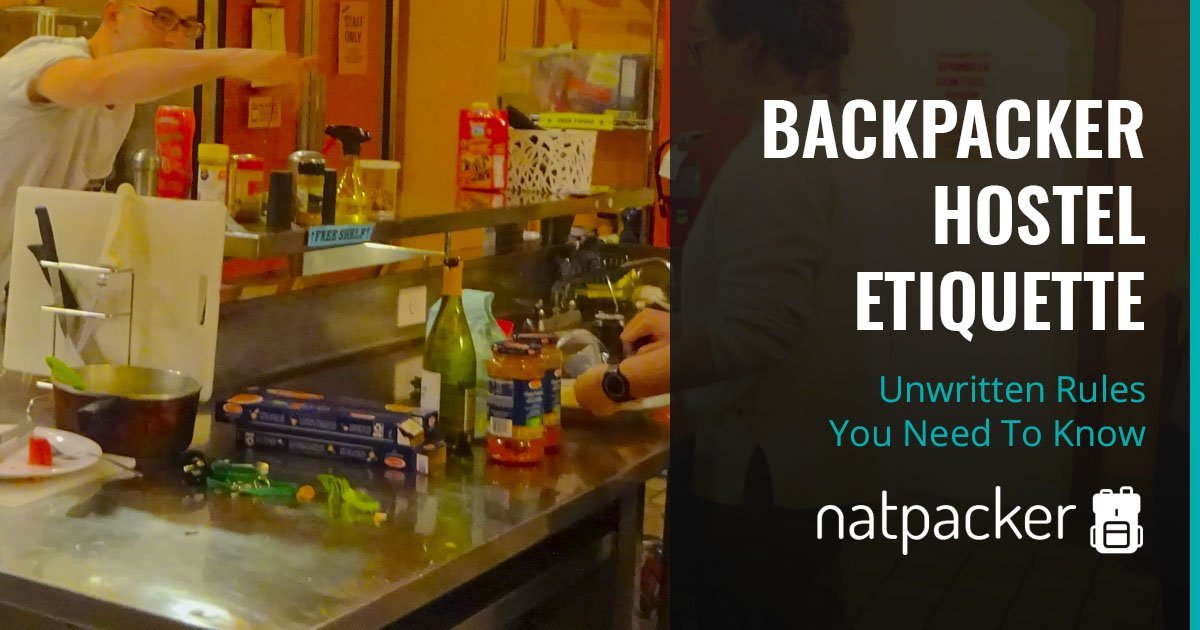