The sculpture Arrivall is located on Stonehill Roundabout in Tewkesbury. This sculpture consists of two pieces “Victor” and “Vanquished”. It commemorates all who fell in the Battle of Tewkesbury on 4th May 1471.

The Arrivall was created by sculptors Philip Bews and Diane Gorving. It was commissioned by the Tewkesbury Battlefield Society and was many paid for by fundraising.

The Battle Of Tewkesbury

Yorkists (White Roses) under Edward IV won this battle, defeating the Lancastrians (Red Roses) of Henry VI, the extent of the slaughter of this battle is unknown. Nobles that died in this battle are interred in Tewkesbury Abbey and graveyard, whereas the common soldiers have anonymous pits in the fields. 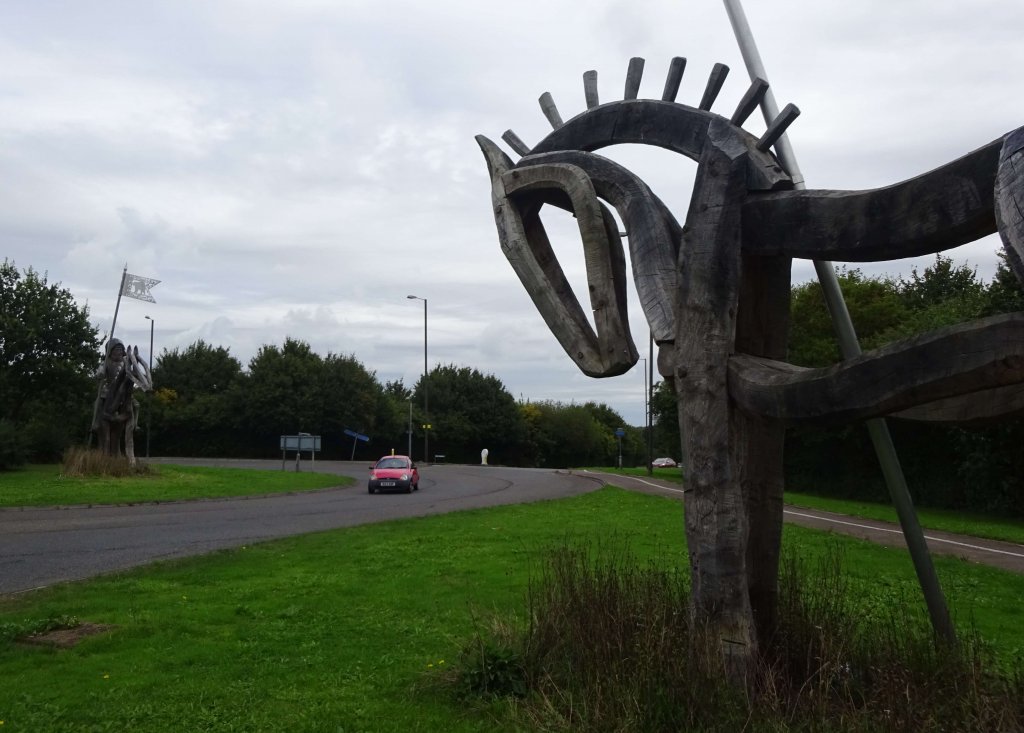 The title of the sculpture “Arrivall” comes from the title of an abbreviated account of Edward IV regaining the throne of England from Henry VI. It is placed on high ground, where the opposing armies would have had their first views of each other. There are two parts to this sculpture, each represents one of the armies. Both are made from green English Oak.

Victor represents the Yorkist army under Edward IV and is located on the roundabout itself. This part of the sculpture shows a horse and rider, the rider has a traditional lance with a pennant on top. 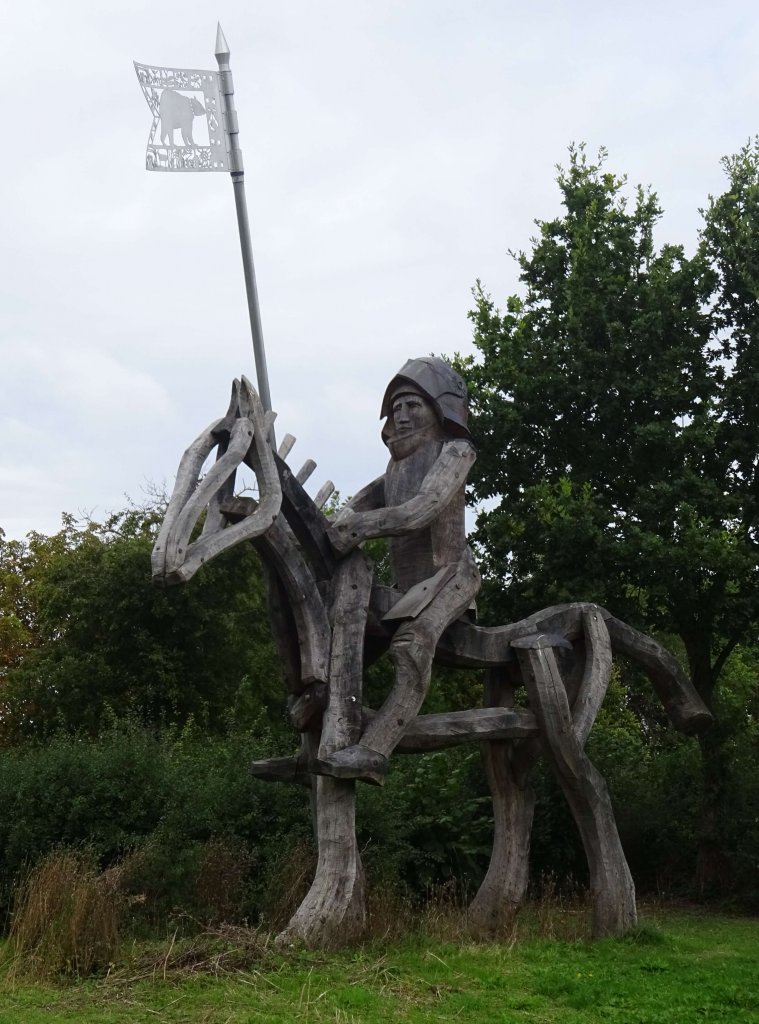 On the opposite verge to the south of the roundabout you will see Vanquished, that represents the defeated Lancastrian army. This army was led by the Duke of Somerset, supporting Henry VI. Vanquished is a riderless horse, with it’s head bowed and a lance leaning on its back. 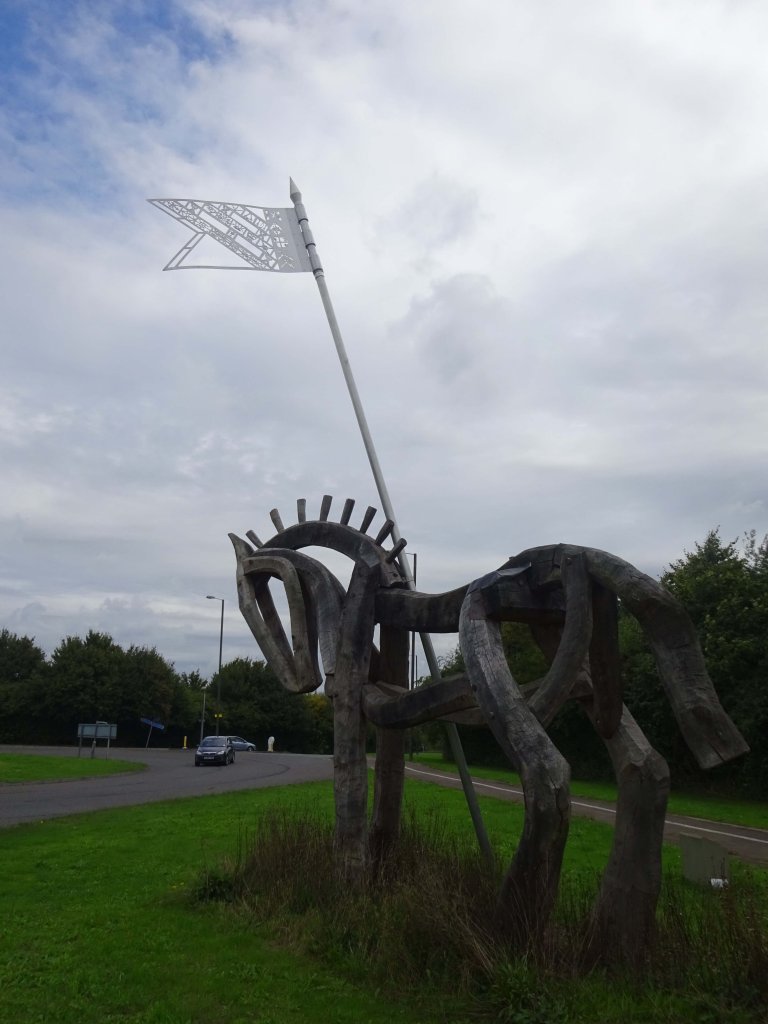 The Arrivall is just over a mile out of Tewkesbury and is fairly easy to find. From the High Street, head in the direction of Tewkesbury Abbey. At the end of the High Street turn right onto Church Street. Follow this street, which soon becomes Gloucester Road. You will pass the Abbey on your right, just keep going. Stonehill roundabout is the first roundabout you come to along this road and is where the road meets the A38.

The Battle Of Tewkesbury Sculptures

If you’re in Tewkesbury it’s worth a small walk out of town to see the Arrivall. They are impressive sculptures that commemorate an important battle and it’s unknown fallen.

Want to visit? Find accommodation in Tewkesbury on TripAdvisor! 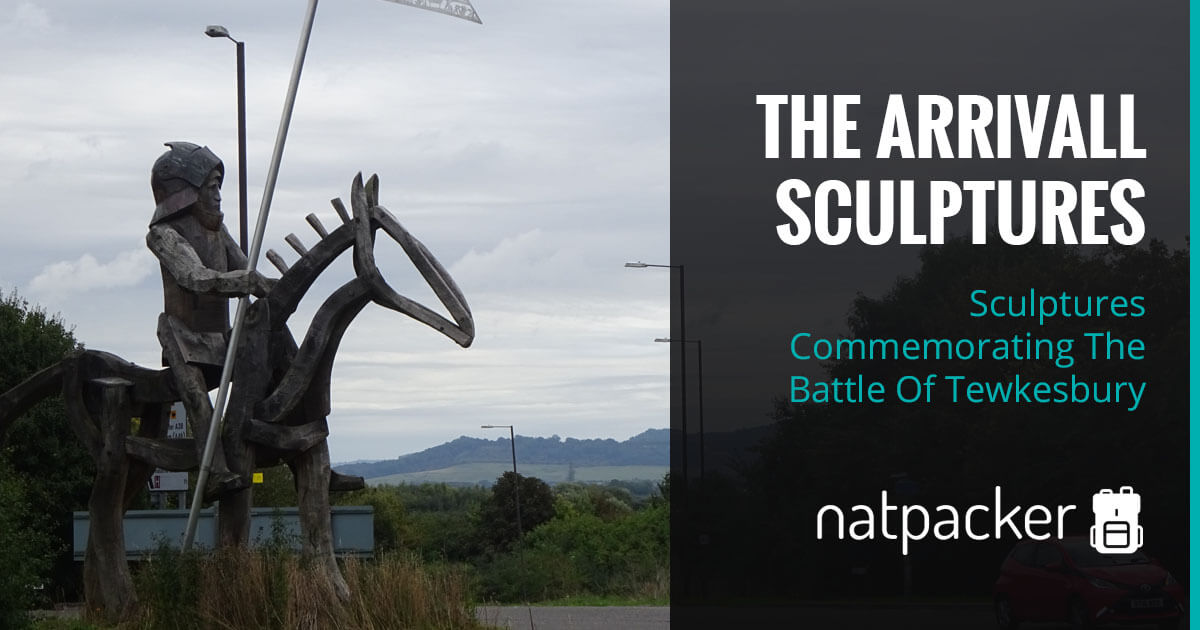