Mow Cop Castle stands on top of a small hill in Cheshire. It is not truly a castle, just an ornamental folly! But it does have amazing views of the Staffordshire moorlands and the Cheshire plains. Not to mention it has become a local landmark as it can be seen for miles around!

A Folly On A Hill

Mow Cop Castle stands on the most southern outcrop in Cheshire. The hill is made up of hard sandstone grit and rises 355m above sea level. It’s position offers 360 degree views of the surrounding countryside, notably the Staffordshire moorlands and Cheshire plains.

The land has previously been quarried, but the land and castle is now in the hands of the National Trust.

The History Of Mow Cop Castle

There have been a few stories as to who built Mow Cop Castle and why it was built. Although there is an accepted account, I will also give another theory.

Some people believe that the Romans built Mow Cop Castle as a watchtower or beacon. This is a believable explanation as the Romans had a small camp at Bent Farm in Astbury. There are also materials in the area that the Romans would have used, such as limestone and coal. The nearby A34 is actually a Roman road and could easily have been watched from this vantage point. 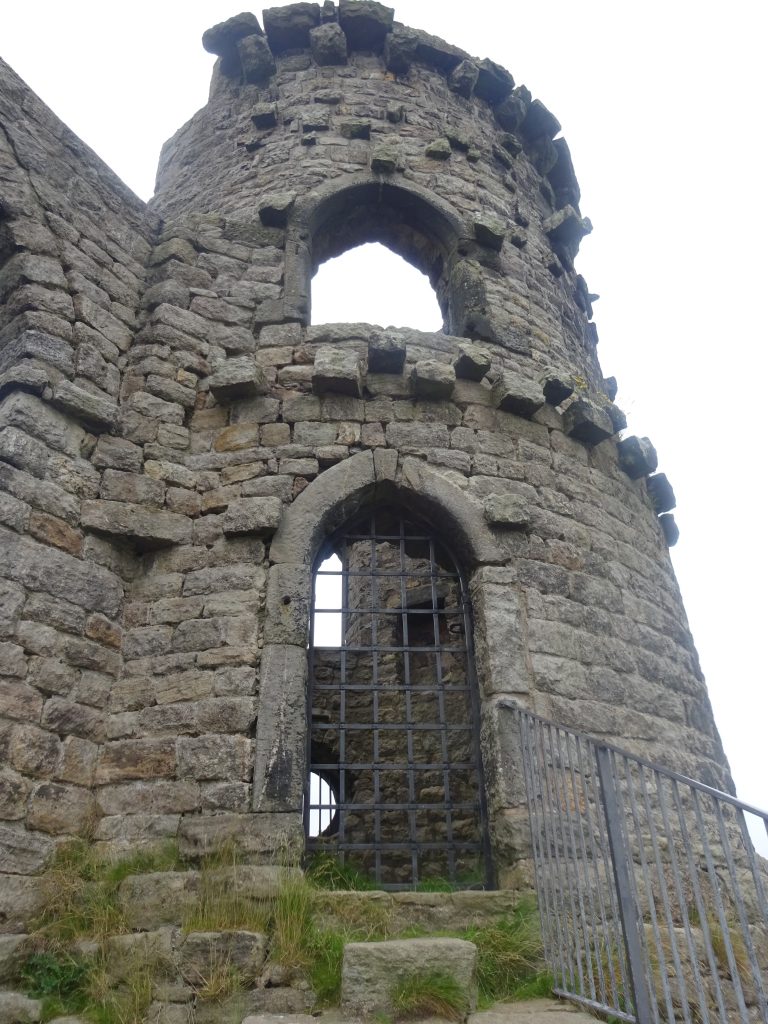 However, there is no true evidence of Roman occupation in Mow Cop. Even if the Romans did occupy Mow Cop, any evidence would’ve been destroyed during mining.

The Accepted Account Of The History Of Mow Cop Castle

It is now widely accepted that Mow Cop Castle was built by Randle Wilbraham I of Rode Hall. The castle was built for use as a summerhouse in 1754. Wilbraham had it built to look like an ancient castle and so not only had a summerhouse but also improved the view from Rode Hall, which is about 3 miles away. It was built to look like a ruin as in the early 19th century Miss Wilbraham wrote “The wall was always broken so as to have the effect of a ruin…” 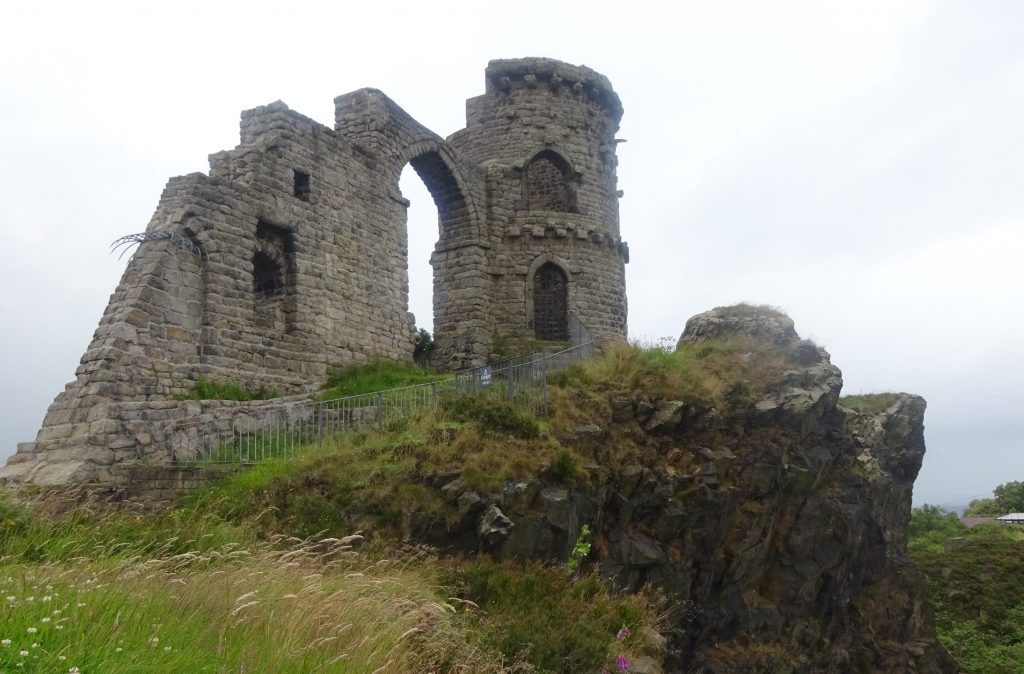 The Wilbraham family used the castle for picnics and for entertaining guests on days out. However, the castle’s’ history is not as rosy as that!

In the 1800’s a row broke out between Randle Wilbraham and Ralph Sneyd of Keele Hall. Sneyd claimed that the summerhouse encroached on his land and so he should have part ownership. A court case ensued where the Wilbraham family showed the upkeep they had paid for. The case took place in 1850.

The final decision was in favour of Sneyd, as the boundary cut through the land that it was built on. As such both parties were granted ownership and should share any upkeep costs. The public were also to be given free access to the building and grounds, except on Sundays.

Inside The Tower At Mow Cop Castle

Unfortunately, by the end of the 19th century, Mow Cop Castle had fell into ruin. Then in 1923 the castle and lands around (which include the Old Man O’Mow) were sold to Joe Lovatt for quarrying. Another legal battle began which lasted until 1935.

As the local people had been able to use this land for so long, they were obviously unhappy with the idea of it being quarried. Lovatt offered the castle and half an acre of land for public use, on the condition that the public would repair the castle. This was refused. Lovatt quarried the land, removing a vast amount of rocks. Protesters marched on the quarry and had civilised protests. 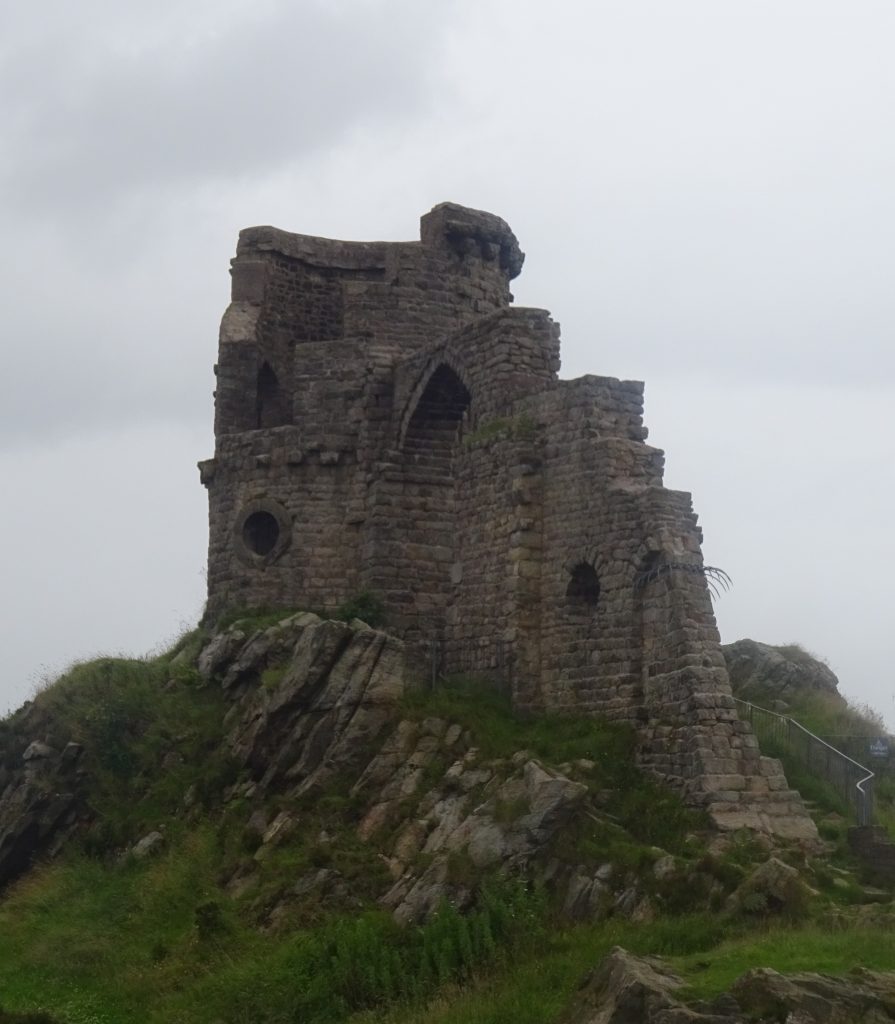 Eventually, in 1937 the quarrying had stopped and the castle and lands were given to the National Trust. The castle was repaired and reconditioned to the state that it is in today.

The castle is still free for the public to visit. There is a small car park with a maximum of two hours stay. However, there are no facilities here.

Alternatively, plenty of walking paths go via Mow Cop Castle. The Gritstone trail passes through (about three days to complete). Or you can park below Mow Cop and walk up the hill. Don’t forget to visit the Old Man O’Mow too!

If you plan on walking to Mow Cop, and especially if you plan on completing the Gritstone Trail, grab an Ordnance Survey Map of the area 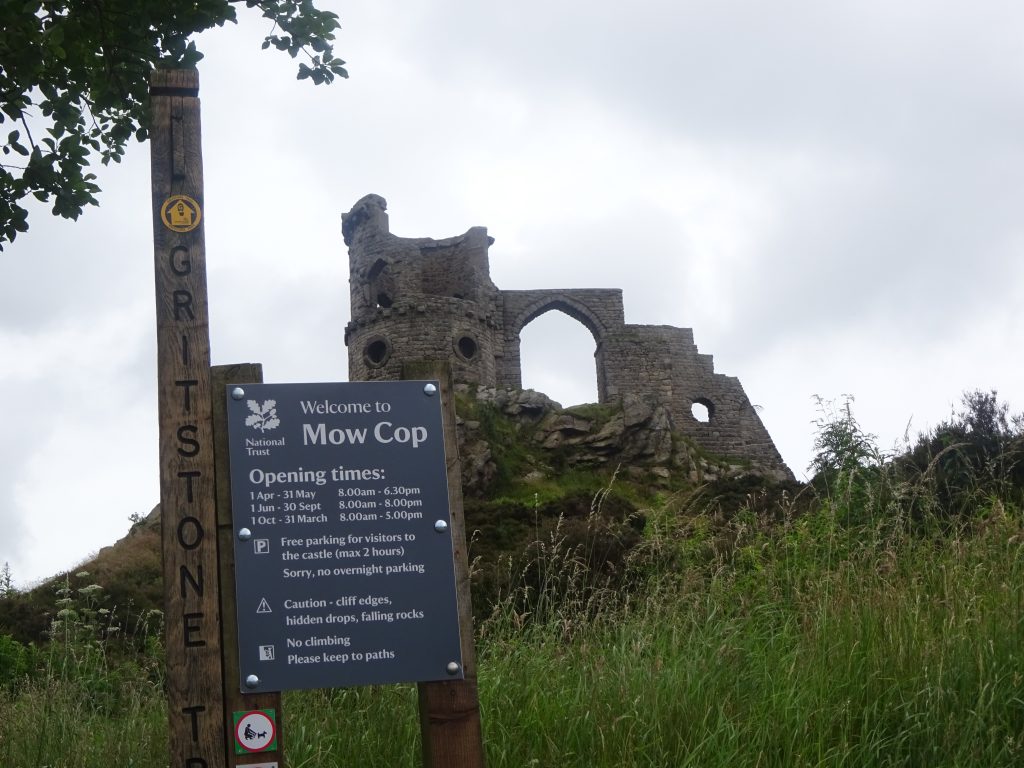 If you’re in Cheshire and it’s a nice day, why not take a trip up to Mow Cop Castle? Do what the Wilbraham family used to do and have a picnic. It is a very picturesque spot for a picnic. There’s plenty more to explore too, you can go into the village or walk in the countryside!

Want to visit? Why not search for nearby accommodation on Tripadvisor? 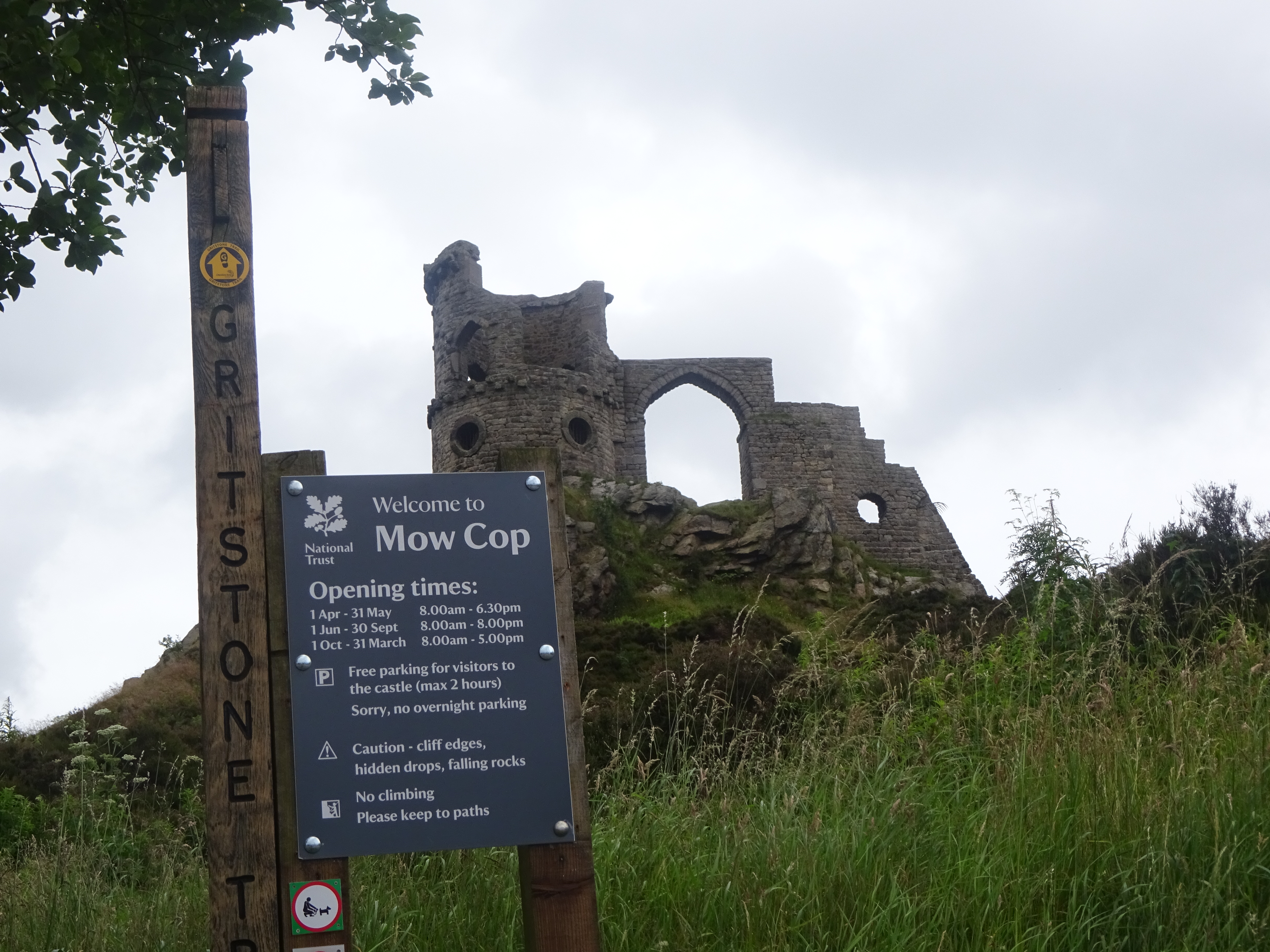