For one day in September, the small market town of Sandbach is taken over by music and morris dancing! It’s the Sandbach Day of Dance! This family friendly event is held on the second Saturday in September and runs alongside the Makers Market. It began in 2010 and is completely free to attend. There is plenty of entertainment as various morris troupes perform.

A Bit About Sandbach

Sandbach is a small markets town. A market has been in the town since 1579 and still runs today on Thursdays and Saturdays. It is a pretty little town with a number of listed buildings and landmarks. Landmarks include the Cobbles and the Saxon Crosses. Many of the pubs were originally stagecoach stops and are listed buildings!

The Sandbach Day Of Dance

The Sandbach Day of Dance is organised each year by the voluntary group Sandbach Ceilidhs. Between 10:30am and 3:00pm you can watch varies morris troupes around the town. The troupes perform different styles of morris and are from the surrounding areas. There are three performance areas, the Cobbles, outside the Old Hall (pub) and outside the Market Hall. The troupes perform at each of these sites at different times of the day. 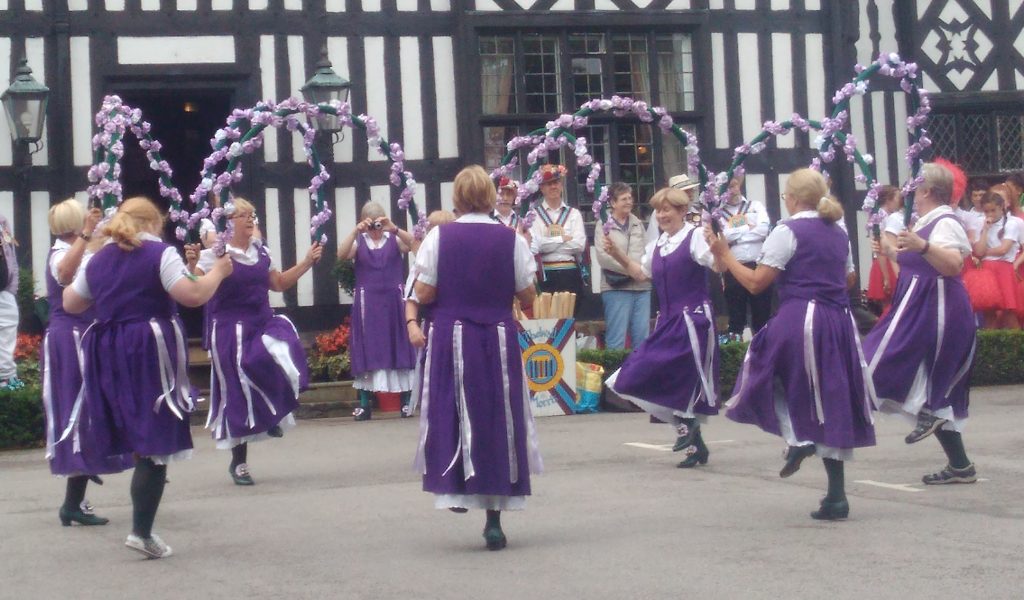 Morris Dancing Outside The Old Hall

If you feel brave, you can even have a go! In St Mary’s Church Hall there is the opportunity to try the different styles of morris at different times of the day! You can learn Cotswold, Northwest or Border morris. No experience is needed, just turn up!

There is plenty of refreshment around too. With stalls on the market offering produce. As well as a BBQ at the Old Hall and light refreshments in St Mary’s Church Hall. 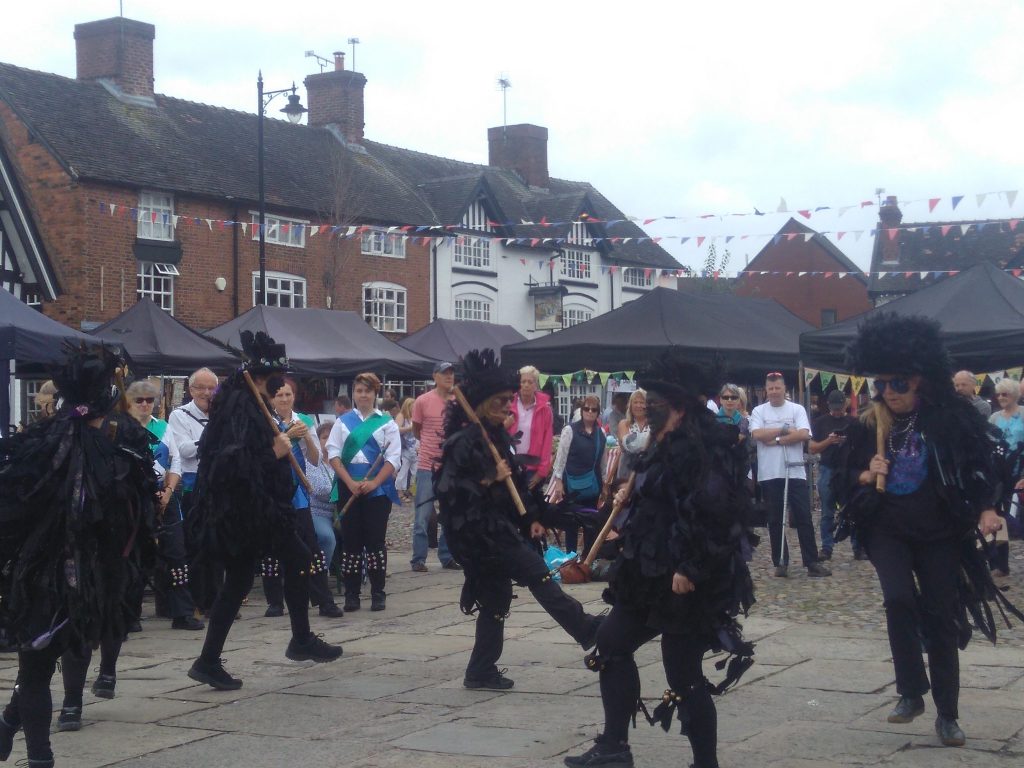 Morris dancing is a traditional English dance. It is best described as rhythmic stepping to music. Often items are also used, such as bells, hankies and sticks. There are different styles through the country. The main styles are:

Cotswold – Established in an area around Gloucestershire and Oxfordshire. This style normally incorporates hankies, bells or sticks and is usually danced with 6-8 people. Though solo and duos also occur.

Northwest – Developed in the mills of North West England. This has a more military style and is often a procession. The dances tend to wear clogs and sometimes, but not always, bells. They use garlands made of twisted rope instead of hankies.

Border – This style comes from the English/Welsh border. It has a more lively, vigorous style and traditionally the dancers have blackened faces. The troupe is often mixed and they use sticks and wear ‘rag jackets’.

Longsword – This style comes from Yorkshire and South Durham. Wooden swords are used in the dance and the troupe normally consists of 6-8 dancers.

Morris Dancing On The Cobbles

If you’ve never seen morris dancing, making a trip to the Sandbach Day of Dance will give you a lot to see! With different styles and you can even have a go! Sandbach is easy to get to from surrounding towns and There’s even a direct train from Manchester. So why not visit and see for yourself?

Want to visit? Check out nearby accommodation on Tripadvisor! 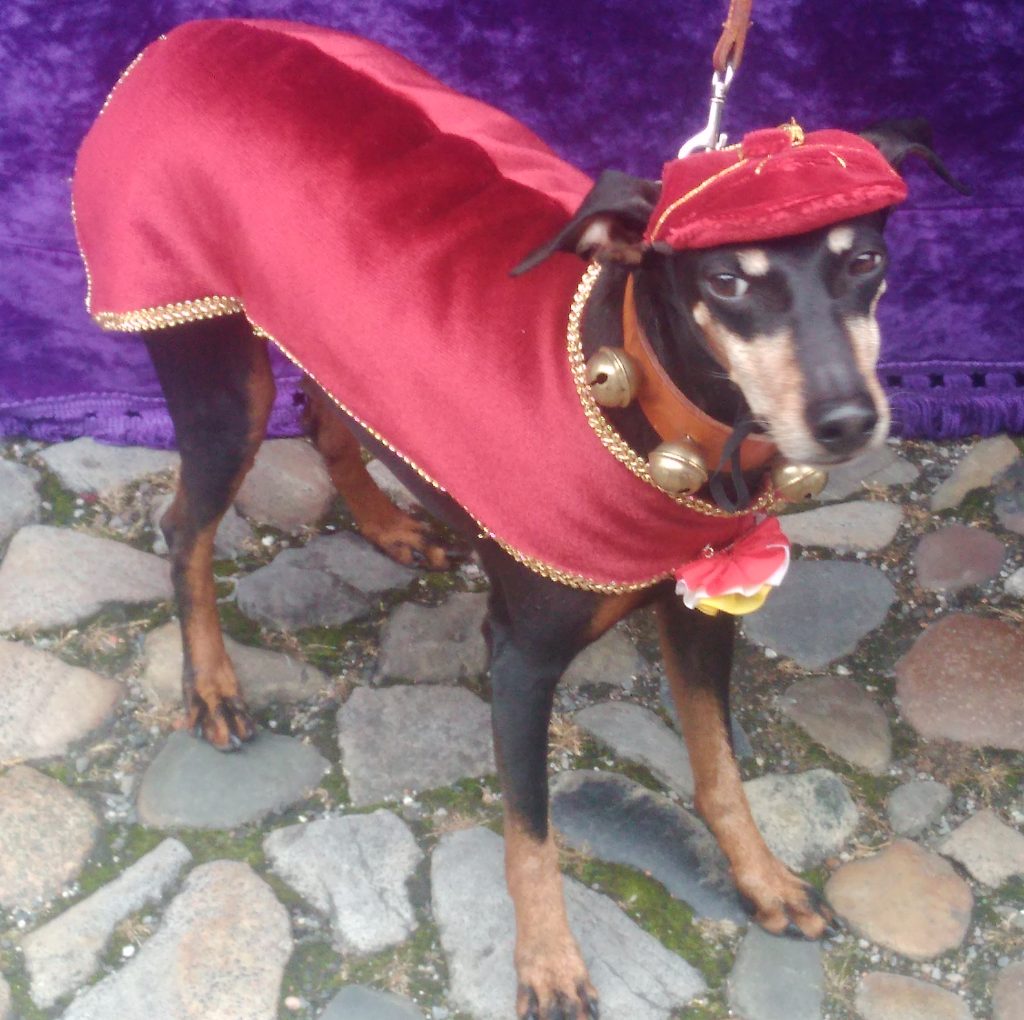 Even The Dogs Get Involved! 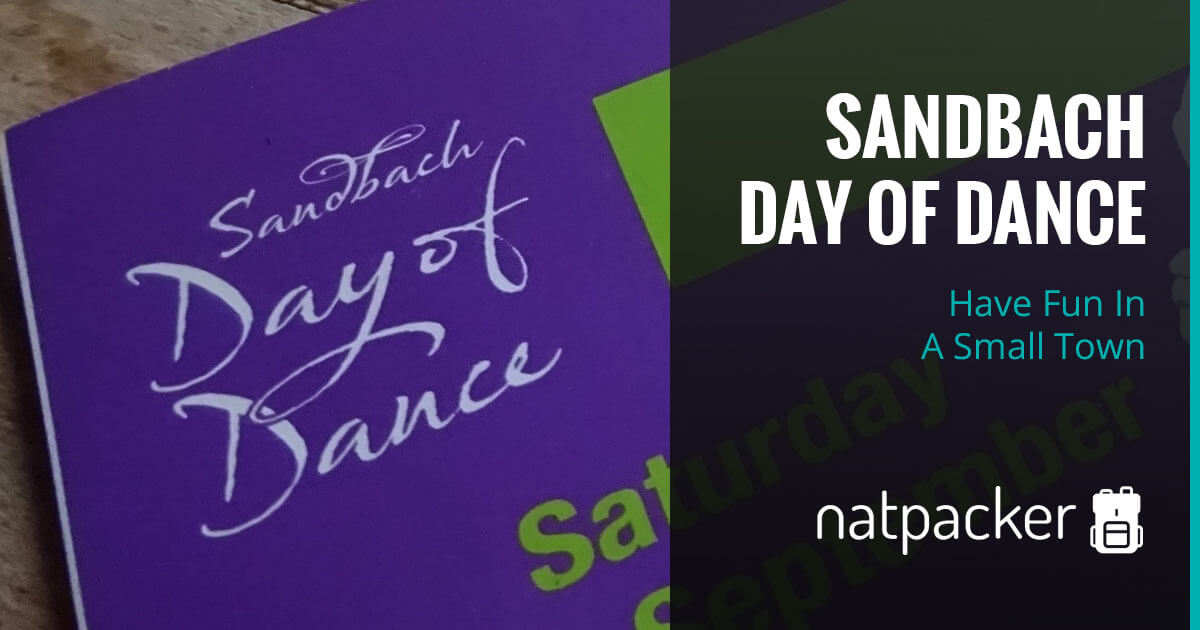