The Seven Sisters is an Ice Cream Parlour and Tea Room. Located just outside of Knutsford, Cheshire, on the main road from Knutsford to Holmes Chapel, it’s hard to miss. And believe, you don’t want to miss it! Seven Sisters opened in May 2011 and makes a great pitstop if you’re travelling in Cheshire.

It is completely free to visit the farm, but they do request that you buy something and after seeing the ice cream it’s unlikely you could resist anyway! Picnics are not allowed.

There is indoor and outdoor seating. The tea room is surprisingly spacious and outside you have wonderful views of the Cheshire countryside. There is even a small play area and during summer months you can have a go at the Maize Maze.

Now for the main event – the ice cream. The ice cream at Seven Sisters is made on the farm from the milk produced from their own herd of Holstein Friesian cows. You can even meet some calves on the farm! 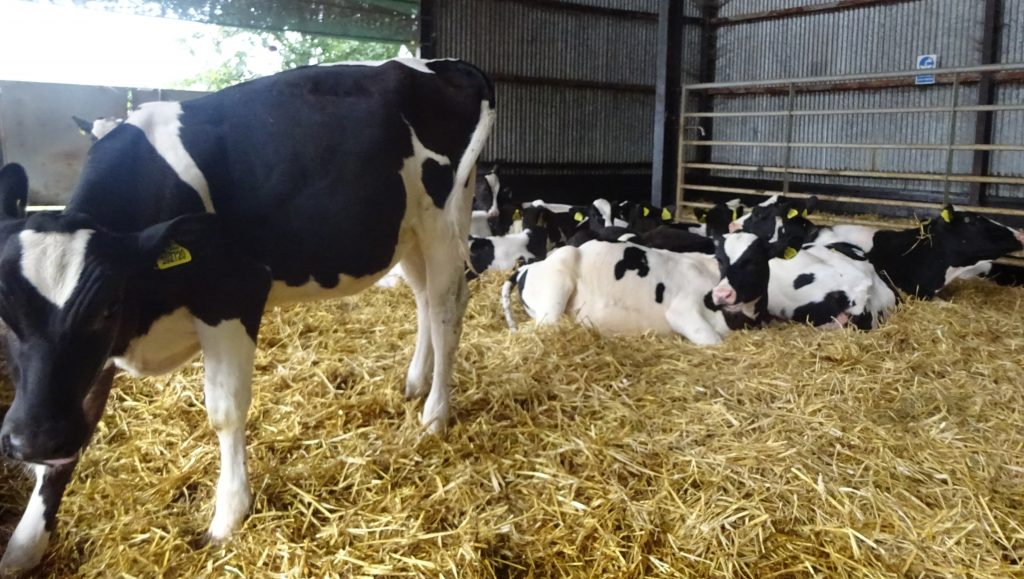 There are a minimum of sixteen flavours of ice cream available. These flavours vary throughout the year as they are made with seasonal produce. There are also dairy free, gluten free and fat free options.

The ice cream can be served in tubs or there is a variety of cones to choose from. And you’re not limited to one scoop! There’s even a takeaway tub to purchase to take home and enjoy at your leisure!

Other Food And Drink

If you’re not in the mood for ice cream, there’s plenty of other options available. You can choose from:

During the late summer months the Maize Maze opens at the Seven Sisters Farm. This is a great way to work off all that ice cream! It should take about an hour to complete and is more than just a simple maze! You will be given a crossword to complete. To find the words to complete the crossword you must find seven items with the words on them in the maze. Once you’ve completed the maze and crossword you hand it back in and are entered into a weekly prize draw for free ice cream.

Note – there IS a charge for the Maize Maze 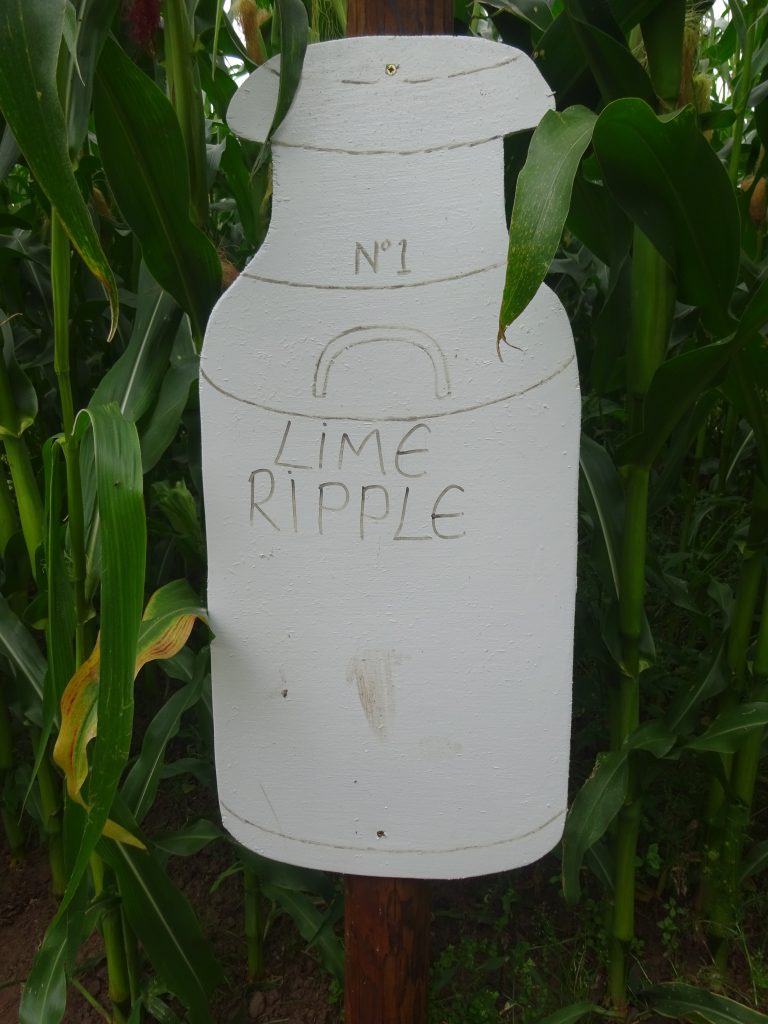 Inside The Maize Maze

The Legend Of The Seven Sisters

On a sign in the ice cream parlour is the tale of the seven sisters, which was originally found in a copy of CYCLING magazine, dated 9th May 1896. The story goes like this:

On the road to Holmes Chapel, just after Toft is a clump of chestnut trees. Originally, there were seven chestnuts in this clump. The noble house nearby had seven daughters and one son. There was a prophecy that the son should die, leaving no male heir, so the name of the family would be lost.

The son went travelling and on his return he is killed near the clump of chestnut trees. The prophecy was fulfilled. The legend concludes:

“The Seven Sisters trees may still be seen,
Though the mortal ones are fled;
And none of that fated house were left
When the squire himself was dead.” 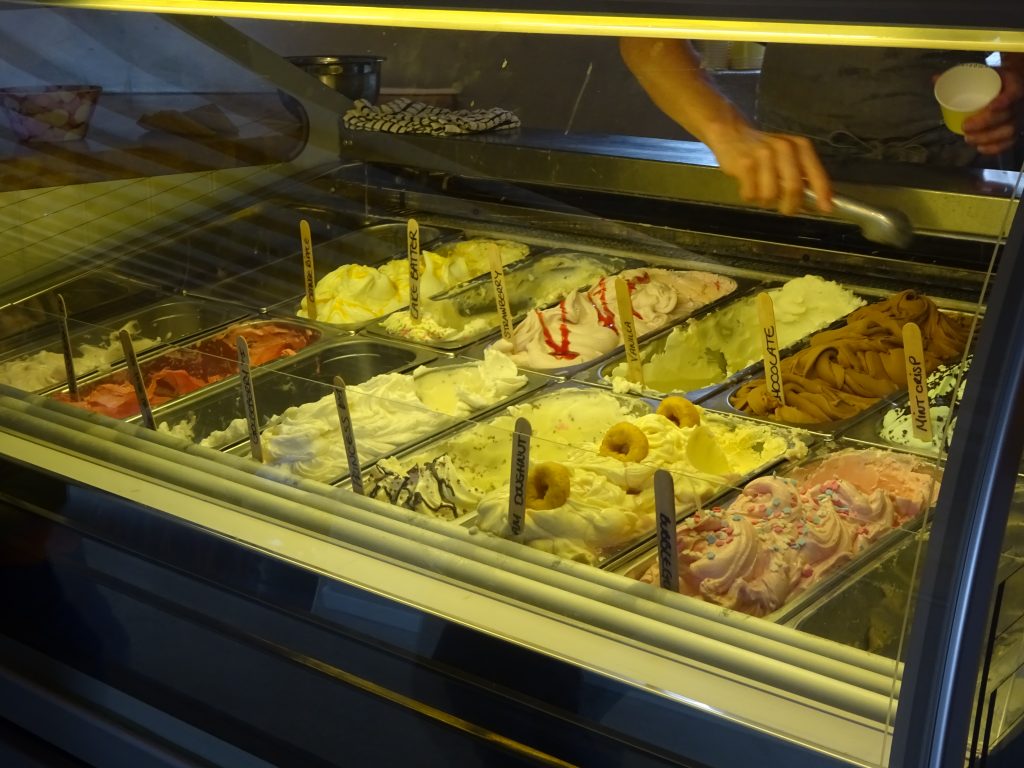 If you’re in Cheshire, a trip to Seven Sisters Farm is worth it, especially on a rare summer’s day when you need ice cream! With plenty of choice and plenty of seating, it makes a great stop. 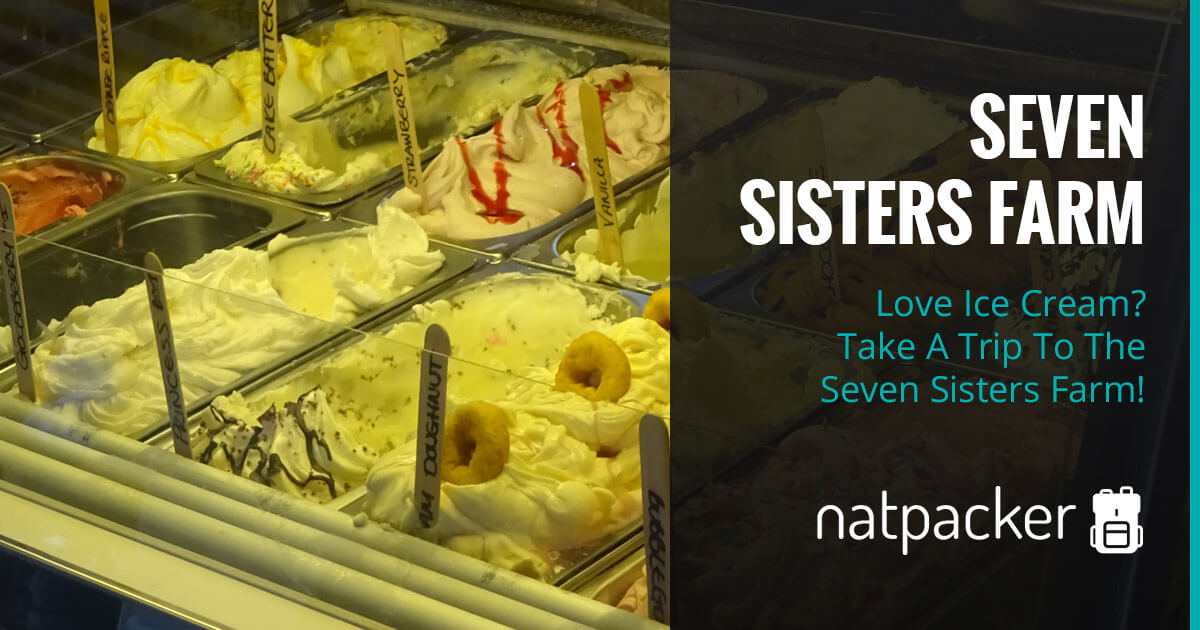