The Wynand Fockink in Amsterdam is a historical tasting tavern (Proeflokaal) filled with tradition and history. The Wynand Fockink, may sound funny in English, but the tavern is well worth a visit.
Located in the Pijlsteeg, an alley behind the National Monument on Dam Square, the tavern can be a little difficult to find. However, your search will be well rewarded when you arrive!

Around 1679 Wynand Fockink set up a liqueur distillery. Soon after a Proeflokaal was added so that people could come to try and buy the liqueurs available. In Wynand Fockinks lifetime liqueur was an important part of Amsterdam life. As Amsterdam had become a prosperous city the liqueur industry had an important role. Liqueur was an expensive drink, compared to beer and genever, so only the rich could afford to drink it on a regular basis.
Wynand Fockink died in 1778 and left the business to his daughter Maria. The business continued to thrive and became one of the largest Dutch Distilleries. The distillery and tasting tavern stayed in the hands of Wynand Fockinks descendants until 1954, when it was taken over by Lucas Bols.
By the end of 2013, the Wynand Fockink had been renovated and expanded. Two large copper stills continued their work distilling liqueur. Today the same traditional 17th century methods are used in producing genever and liqueur.

The Tasting Tavern is a snug room in which only groups of a maximum of seven people are allowed in, to preserve the traditional 17th century character. Here you can sample liqueurs, genevers, fruit brandies and draft beers. There are antique bottles on display and tradition is important here. Old Dutch liqueurs you may find here include:

There is also a store that contains over 60 liqueurs, as well as bitters, genevers and brandies. Here you can also purchase the traditional glasses, so you can have the experience back home too! 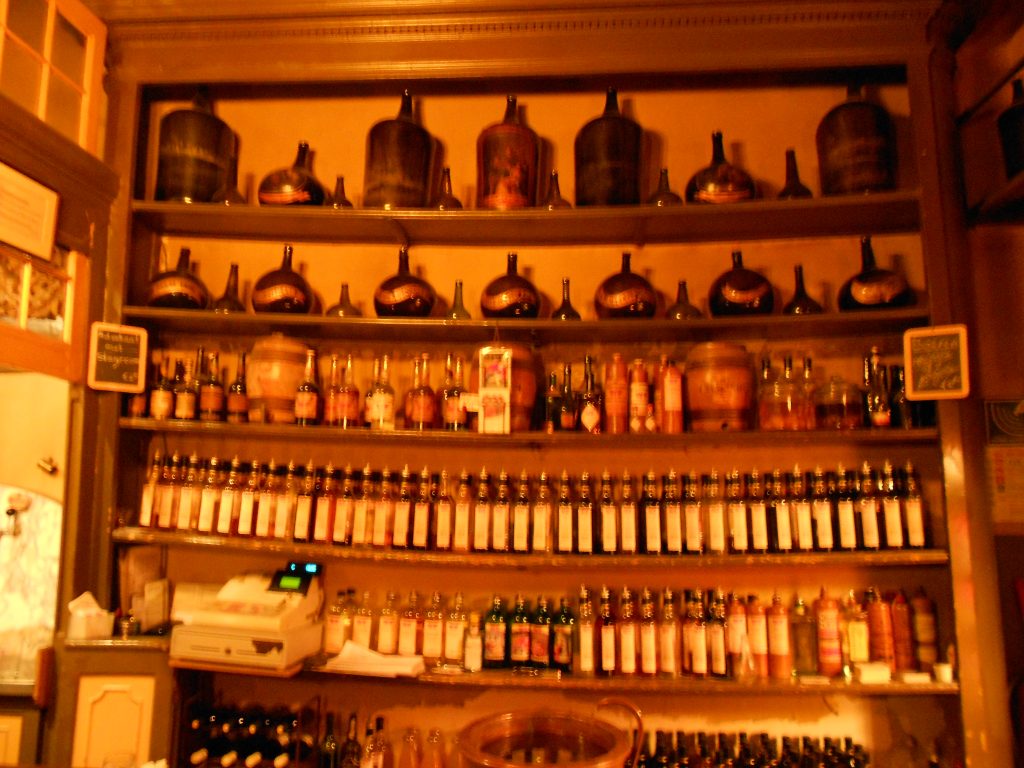 For groups of up to twelve people, tours are available. During the tour you will see the distilling room and learn about the history of Wynand Fockink. The tour is an hour long in total and you get to taste 2 liqueurs, 2 genevers, 1 bitter and 1 brandy. You will also learn the stories behind some of the most famous liqueurs here.

The Traditional Way To Drink

At Wynand Fockink, drinking your purchase is not a simple as it sounds! There is a tradition behind drinking liqueurs and genevers here that must be obeyed.
The drink is poured into a traditional tulip (or hour-shaped) glass. The glass is filled to the brim with your chosen beverage, this creates a ‘head’. So now you have a choice, either bend down and sip the head or pick up your drink and spill the head. It is considered a sin to spill your drink, so really there is no choice. Put your hands behind your back and bend down to take your first sip so that you do not spill any. After that you can pick up your glass and drink. But remember, drink slowly, never treat these drinks as a shot!

When backpacking it is usually recommended not to drink, as alcohol can be quite expensive. However, in some instances it is worth it. A slow drink at Wynand Fockink is definitely one of those times, you can absorb the history in the Tasting Tavern and talk to some locals. And the tradition of having to take your first sip without touching the glass is a fun quirk!

Want to go? Why not check out local accommodation on Tripadvisor? 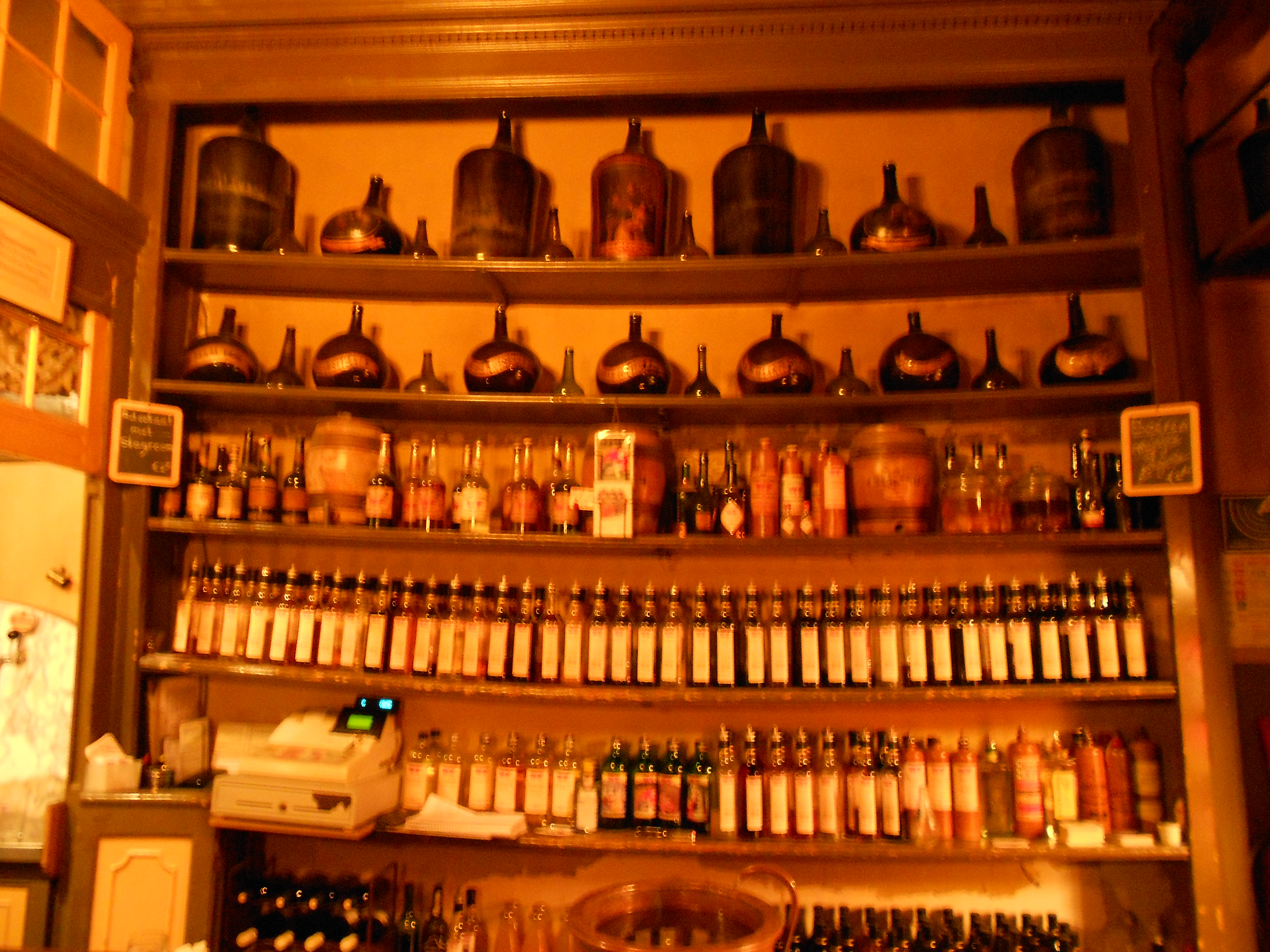