Remember the days (yes, I am sounding old now) when cameras ran on films? You’d only have about thirty pictures to take and that was it, unless you changed your film. Or disposable cameras? Once again, only about thirty pictures! Then you’d have to go to a developer to have the pictures developed. You wouldn’t know how good or bad they were until they came out. And other than the flash there were no settings (unless you had a professional camera).

Now it’s all digitised. You can check the pictures as you go, delete the bad ones, keep the good. There’s no limit. Even the simplest cameras have some settings and you don’t even have to have a camera, you can use your phone.

The digital age of photography, is it a joy or a curse for travellers (or both)? I’ll let you decide, but here are my thoughts on the subject!

The main pro to the age of digital photography is the fact that anyone can now get that ‘perfect’ shot. Amateurs and professionals can adjust their camera settings, check the shot and try again. You don’t have to worry about wasting your film, just take until you get it perfect!

I also thinks it’s great that you don’t have to worry about ‘wasting’ your pictures for another reason: It means you can take pictures of place names! Which is always helpful for when you get home and have to start sorting through them. Every scenery shot of a mountain or those twenty buddhist temples you visited in a row, kind of look the same when you’re trying to sort them! Having a system where you take a picture of where you are first, means you never get confused as to which is which.

The ability to take videos can also be a plus point. Personally, I tend not to take many videos, but occasionally it’s a useful tool. Especially if there’s a noise you want to remember. You could never do that on the old-style cameras.

I also find that I look at my pictures more, as they’re on the computer, they’re easily accessible. I don’t have to go rummaging through boxes and boxes of photographs. They’re all filed neatly, so I can go in the correct folder and find the picture I was looking for.

Selfies, selfies, selfies! I really hate selfies! Alright, one, two selfies occasionally, but when all the pictures some people take are selfies I just don’t understand! I much prefer a picture of what I’ve come to see without my head floating in the foreground! And with selfie sticks it’s now even worse! It’s just constant, and I fail to understand the appeal. You wouldn’t waste your film before pictures all became digitised!

The most annoying thing about selfies is that people don’t ask others to take pictures for them. It’s taken away that small interaction with other tourists and locals. I think it’s a real shame…

The fact you can try and try again till you get the perfect picture can also be a negative. It can actually delay your tours! If someone spends ages getting that ‘perfect’ picture and ends up getting back to the bus late! I have actually had this happen, albeit the delay was only about ten minutes, but I imagine it could happen where they are later!

Another negative is that some people really photograph every little thing! Do the people back home really want to see pictures of you cooking noodles in every hostel? I know I’d get bored looking through that! This isn’t just travellers, a lot of different people seem to do this!

Also, taking pictures of everything again and again can make you miss things. Sometimes people can be to busy snapping away looking at the camera screen that they don’t actually see what is in front of them.

The last bad point is sorting all those pictures when you get home! It’s time consuming and makes you wish you didn’t take those thirty pictures of the same sunset! Then do you print any? Which ones? There’s no point printing several thousand! Picking the best ones is so difficult! The headache!

My Conclusion On Digital Photography

Overall I do think that digital photography is a good thing, as long as you don’t get too sucked into it! Remember not to just look at things through a camera and delete as you go! Being able to try taking pictures until you get it perfect is great, until you have to sort through them!

It’s much easier to get great shots with digital cameras, which is great. You can do so much more and then only print what you want.

What do you think? Please feel free to give me your thoughts in the comments box below! 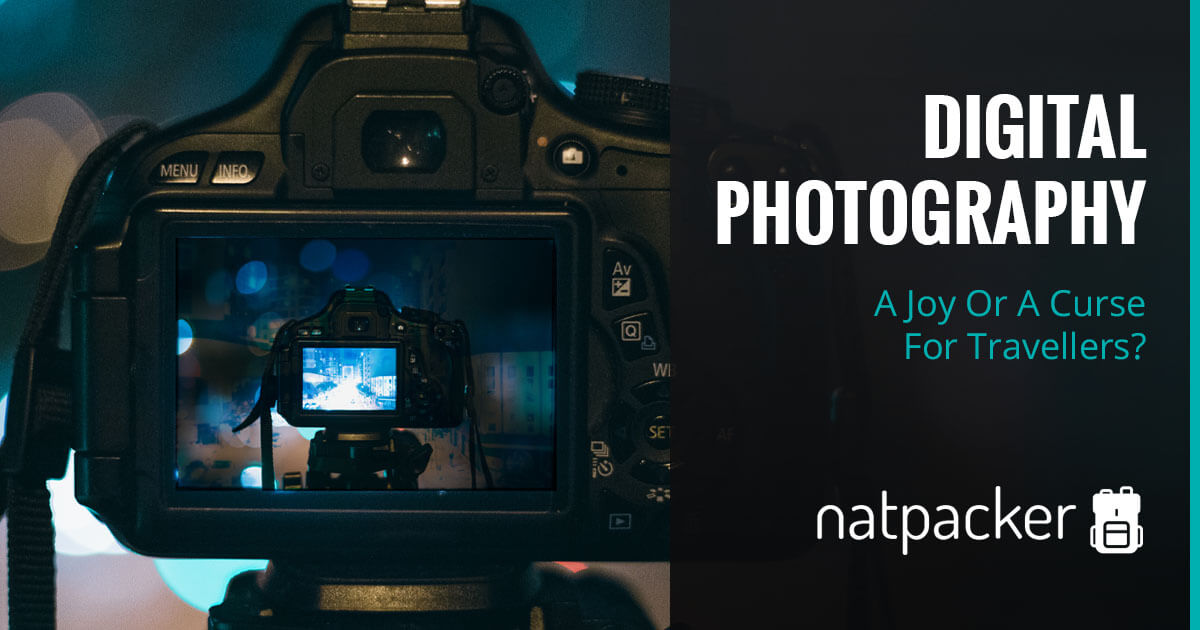