“I haven’t been everywhere, but it’s on my list”

So true for most travellers and backpackers! You will never tick everything off, but the list will get longer!

The quote comes from Susan Sontag. She was an American writer, filmmaker, teacher and political activist. She often wrote (and spoke) about travelling to areas of conflict. She was a highly regarded critic and one of the most influential of her generation. However, many of her views in her essays and speeches are contended.

The more I travel, the truer this quote becomes. I want to go everywhere, see everything, experience all that I can! But I know that it is not possible, but it doesn’t stop the list continually getting bigger!

Most travellers and backpackers have a ‘bucket list’ before they start out on their first adventure. They plan to tick a lot off on that first expedition, that’s easy to do, right? No, far from it! Once you start travelling, it’s so hard to stop. You speak to other travellers and soon learn of something or somewhere you’ve never heard of, next second that’s on the list too! Expect to tick one place/activity/sight off the list and add about five more!

I have accepted that there is no way I’ll be able to see, do and experience everything this world has to offer. Life is way too short. But that acceptance won’t stop me trying! ‘Everything’ may never get taken off the list, but it is the inspiration to never say no. To never let fear stop me. To never let home life, money or anything else get in the way.

But it’s also important not to get ‘bogged down’ in trying everything. Sometimes we all need a break (I know I do). But then you have the chance to relax, catch up with friends and family, meet some locals.

Once you’re rested you can get right back onto that list! And trying to tick off ‘everything’. 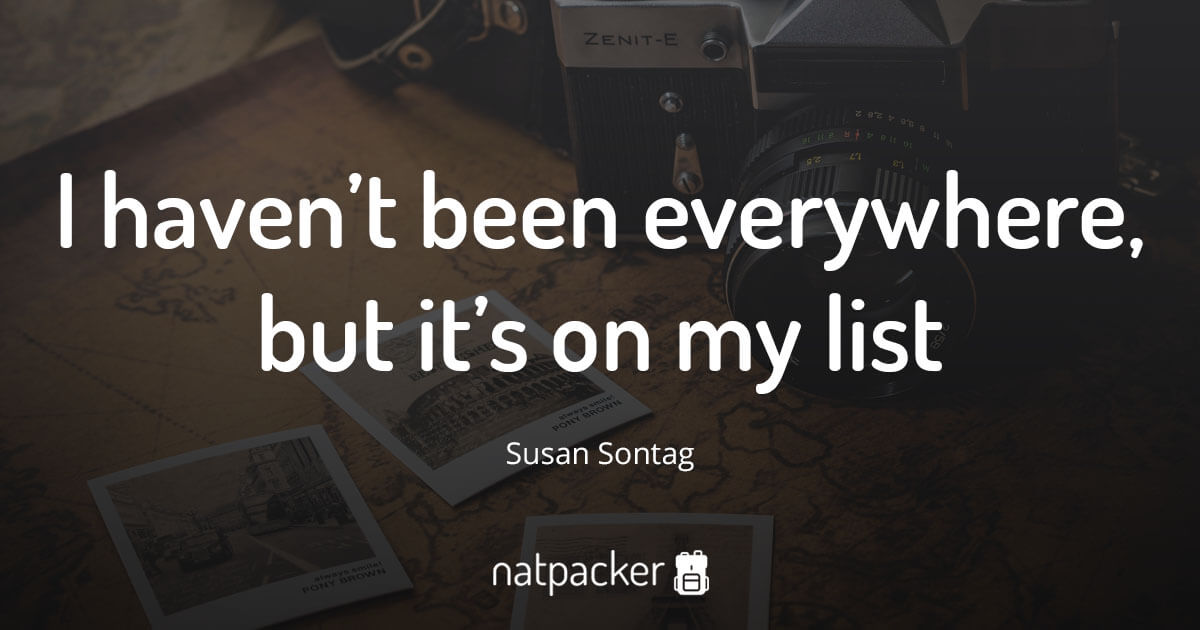