It’s a long quote, but I feel it makes a good point! There are definitely more than a few travellers who have seen ‘nothing at all’.

The quote is attributed to Sinclair Lewis. He was an American novelist, short-story writer and playwright. He was the first United States writer to be awarded the Nobel Prize in Literature in 1930.

He is known for his views on American capitalism and materialism between the wars, which he was critical of in his works. His works also included characters that were modern working women.

To me, this quote says how it is important not to rush around and ‘tick’ things off your ‘list’. Take time, appreciate what it is you are seeing. Accept that you may not see it all in one visit, don’t feel like you’ve failed if you want to go back. Going back again and again just shows how much you enjoyed and appreciated what it was.

Some travellers/backpackers fall into the trap of just running round like headless chickens trying to cram it all in. I find these are generally the first-timers (and I was guilty of it too). But unfortunately, the list never gets shorter, there’s always something else to see or experience. So relax, and enjoy what you are doing now, what sight you are seeing. Don’t be in a rush to move on to the next ‘cathedral’.

Don’t feel like it’s bad to go back to somewhere, that you may be missing out on somewhere new. I went to Skye twice in less than twelve months and would do it all again tomorrow! Even the Sligachan Bridge! I know there’s loads of places I want to go back to. See the sights again instead of looking at the pictures.

Don’t rush what you want to see. Take your time and enjoy it. 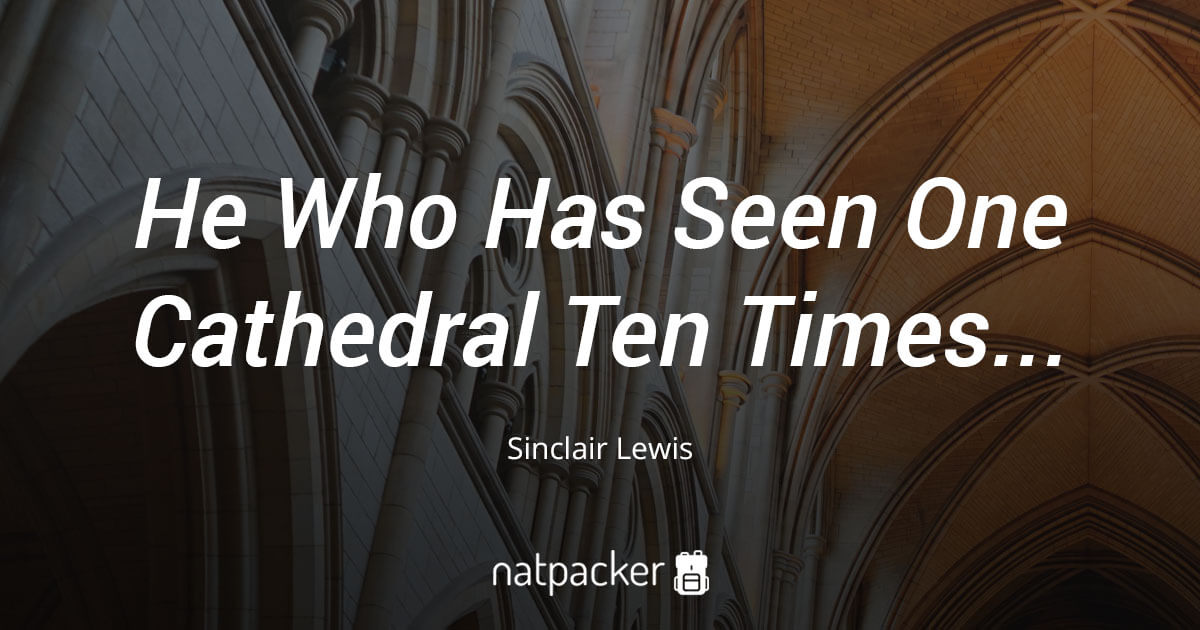