Lets face it, travelling can be a little tedious. I know that travel is all about the journey, but bus rides can be boring. There’s only so long you can admire the view for! A great way to pass the time is to play travel games. Games can also act as an icebreaker if you’re thrown in with other travellers (may want to think about some of these if you’re a guide…) They get the conversation going. And, with a little adjustment a lot of the following games can be turned into drinking games….

Here are some games I used to play as a child, not always on journeys, but I think they work for travelling too!

One of my favourite games as a child! It’s a maths game about multiples and is pretty simple. You may have to make allowances for different language speakers though, if they don’t know how to say a higher number in English, let them say in their own language! (This also features on Cabin Pressure for a short while…)

I’m fairly sure everyone knows this game! It can be played practically anywhere. If you have a mix of nationalities, start simple and see how it goes. You don’t want someone to be left out as they don’t know the English for an obscure object!

Examples:
Let’s say we’re on a bus, and I say “I spy with my little eye, something beginning with s.” You may guess: steering wheel; seats; solo travellers etc.

Sometimes simple, sometimes tricky, depending on which category you choose and what letter you get!

Examples:
Let’s say we pick food as our category. Foods we might say, in order, are: Apple, bread, chocolate, dates etc.

I tend to find this one a little difficult, but it can still be fun!

This is basically 21 Questions without the question number limit, so play either way!

Examples:
Questions you may ask could be:
Is it an animal?
Is it found in a city?
Is it alive?

This one can be a little difficult to keep track off if you play for a winner, but that can be fun in itself!

Examples:
A – MotorwAy
B – The Bears Head
C – No Clearway

This game can easily be adapted to other categories other than countries, but this is how I learnt it.

These are games that I loved from the Radio 4 show Cabin Pressure. Some are similar to games I played at school, just with a tweak. Some were completely new to me and I love!

Alright, I’ve been playing this game long before I heard Cabin Pressure. Me and Dave have been constantly playing it (and Pink Shirt) for about 10 years now. Constantly. But we play it with hitting, probably not the best if you don’t know the people you’re playing with! Instead…

People That Should Be Arch Enemies

Only use celebrity names. You may need to research this a little! I find it extremely difficult! You can either play it for a winner or just whenever you think of one, shout it out!

Examples:
Clint Eastwood (actor) and Vivienne Westwood (fashion designer)
Jon Snow (journalist) and John Thaw (actor)
These are both examples from the radio show, I really fail at this game and can think of none!

Another one that I am no good at, but I love the idea of it! Be a little loose with this game!

Examples:
Once again, I’m rubbish and these are from the show:
York to Cork
Aruba to Cuba

I Came Through Customs…

For some reason, this game reminds me of ‘I went to the shop and bought’ which I played at school. But it is completely different!

Examples
Some of these are from the show, but I came up with some too! So “I came through customs and all I had to declare was:
Cattle from Seattle;
Snails from Wales;
A Cane from Spain;
Pork from York;
A Tunic from Munich.

Books That Sound More Interesting Without Their Final Letter

My favourite of the Cabin Pressure Games! We tend to play this with films, rather than books, but either way it works. We’ve been playing it not as a competition, but just whenever someone randomly thinks of one.

Examples
Some of these examples are films, some are books, some are both! It’s up to you which version you play. Some are from the show, others are what we’ve come up with whilst playing:
The Da Vinci Cod (The Da Vinci Code)
In Tim (In Time)
Of Men And Me (Of Men And Mice)
The Curse Of The Black Pear (POTC – The Curse Of The Black Pearl)
Great Expectation (Great Expectations)
Toy Stor (pronounce ‘store’) (Toy Story)

I hope you can have fun with some of these games (and don’t forget you can adapt them too)! Do you have any other travel games?

If you’re not in the mood for travel games, you may also want to look at:

How To Stay Entertained On A Long Journey 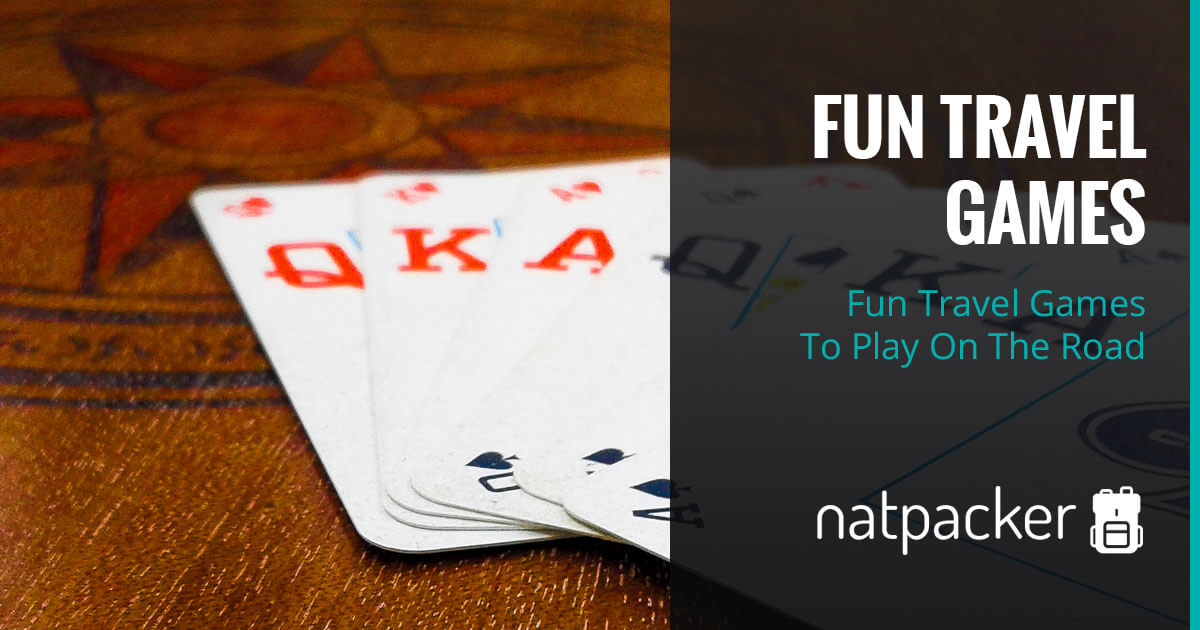