British Airways are making big changes. One of these changes is that there will be no more free meals in economy on short haul flights! This is just one change in a series of changes, but seems to be getting the most attention!

The change is being made as there have been inconsistencies. Customers were unsure if they would get a meal on their flight and how big the meal would be. So meals are being scrapped on flights less than 5 hours long in economy class.

The change will take place from 11th January 2017 for flights from Heathrow and Gatwick. Flights from Stansted and London City will still have free meals until summer 2017.

The changes are being made so that British Airways can better compete with budget airlines, such as Easyjet and Ryanair. Alex Cruz is the Chief Executive of the company and says that the change is happening as customers want a choice of upmarket snacks.

In the past, customers could expect a small snack and a drink on short haul British Airways flights. With the changes there will be options of Marks and Spencer products. These products will include sandwiches, drinks, crisps and, of course, the famous Percy Pigs.

The change means that British Airways can give their economy passengers a choice. And a choice of upmarket products at that.

The menu will change throughout the seasons too.

Those in ‘Club Europe’ (the short haul Business Class service) can still expect a complimentary meal. This menu is also being revamped.

Will No More Free Meals Mean A Lower Ticket Price?

The short answer to this question – no.

Although British Airways haven’t said this, it looks unlikely that they will cut the cost of ticket prices. This is because the price of a sandwich is such a small percentage of the ticket price, so it will make no difference.

However, if you are a member of British Airways Executive Club Group, you can use your Avios points to purchase the food on board.

This is just one of a series of changes that is being made to British Airways. The company is trying to better compete with other budget airlines. As these other airlines don’t supply free food on their short haul flights, why should British Airways?

What do you think of this change? Is it better to have a choice of better quality products, or would you prefer the free meals to still be given out? 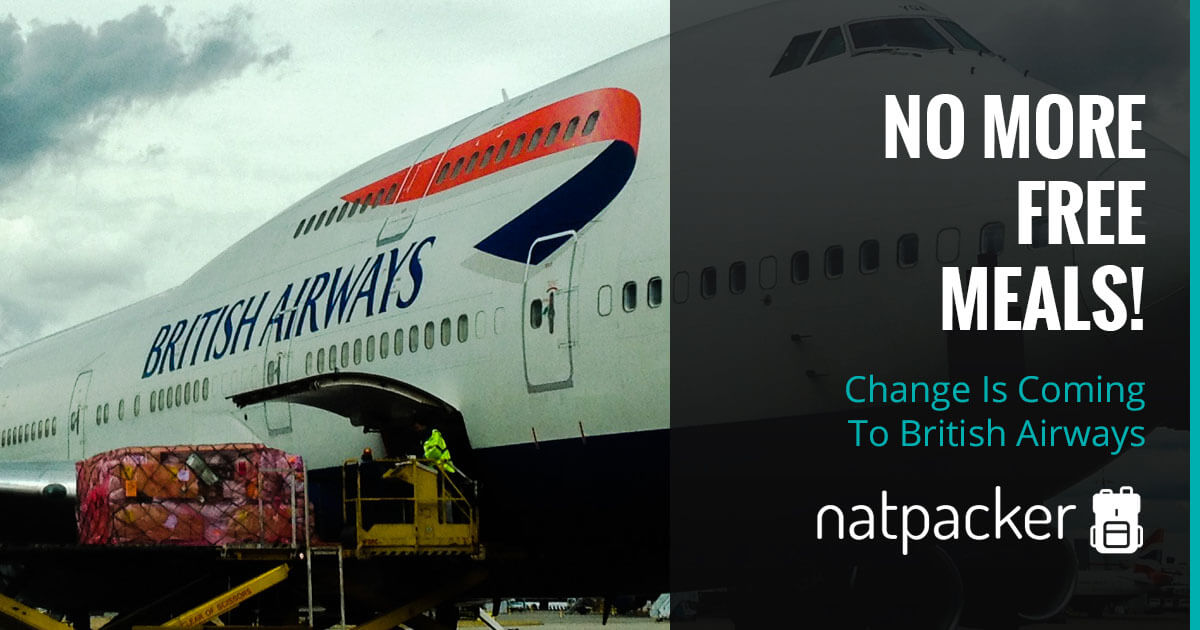