Part of being a European citizen is the ability to move freely between member states, which is great for travel. Free Movement was established by the Treaty of Maastricht in 1992. Free movement between member states means that if you are entering a country for under 3 months, you only have to show your passport to enter, no long forms to fill in, no visas. If you plan to travel a country for more than 3 months you also have to prove that you have sufficient funds and medical insurance.

As a member of the EU, you also have the right to live in a member state. This also includes your family (as long as you are not living in the country of your citizenship).

Ways To Keep Your European Citizenship After Brexit

There are a few ways that you can keep your European citizenship after Brexit, some aren’t cheap and some are a lot of hassle. But they may be worth considering if you want to keep your citizenship and freedom of movement.

If your grandparents were born in Ireland (on the island of Ireland, so if you have Northern Irish Heritage, this works for you too), you can apply for Irish citizenship and so have European citizenship even after Brexit. Your parents don’t have to be Irish, just a grandparent. The Irish seem to be very welcoming to those that can claim the heritage. You don’t even have to move there. With this, you can either have a full Irish passport or dual nationality.

Ireland is just one country though. There is plenty of other heritage you can take advantage of, for example, Italy and Spain. The different countries have different laws on gaining citizenship, but it’s worth checking your heritage.

2. Move To An EU Country

Simply move to an EU country and live there. After a certain number of years (normally 5, but dependent on the country) you can then apply for citizenship of the country that you are living in, and so keep (or regain) European citizenship. You can do this by studying abroad too.

Cyprus is offering European citizenship for those that help them with their budget under the Naturalization by Exception programme. All you have to do is buy 2.5million euros in government bonds to gain citizenship, you don’t have to move there. Nice and easy, right?

Find a nice EU partner and marry them. Most EU countries have quite relaxed laws about granting citizenship to those that marry someone from their country. In some (but not all) countries you don’t need to live in the country either. All you need to do is ensure the marriage is properly registered and wait a stated amount of years before applying.

There May Be An Easier Way To Keep Your European Cizitenship…

If you can’t manage 2.5 million euros, don’t want to marry or move and don’t have Irish heritage, there is still a small ray of hope! There are plans, that need to be debated by the Members of European Parliament, for Britons to keep Eu citizenship, by sending an annual fee. But what the fee would be is not yet known.

However, MEPs still need to vote on this. And then it must also be backed by all 27 EU leaders.

The European Parliament’s Chief negotiator has confirmed that offering British people the chance to keep their EU Citizenship will be proposed as part of the Brexit negotiations. Opting in will allow you to keep your freedom of movement right. However, it must still be approved by the British Government. So keep your eye out for updates on how to keep your European citizenship after Brexit. 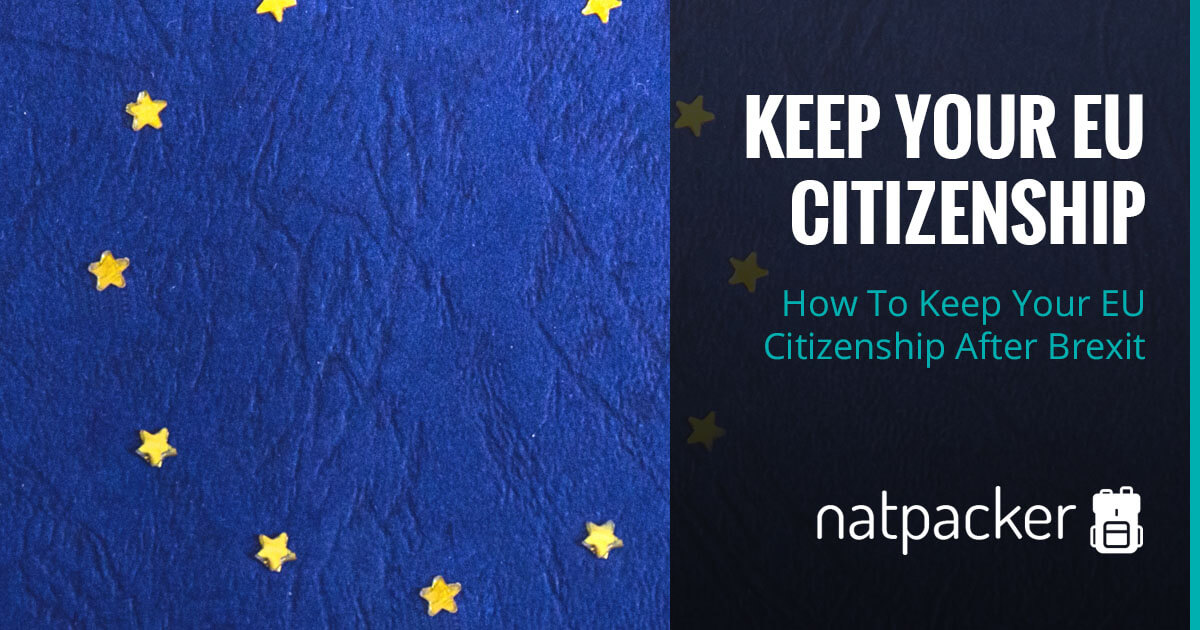