The final part of my London Adventure – A Long Weekend And A Reunion. If you’ve missed the last instalment, don’t worry, you can go back to the Day Of Shakespeare. This part is all about the Uni Reunion, so it gets a little blurry later on (memory and pictures…) I hope you enjoy the read!

Point of interest – it was a Uni Reunion for Dave, not me. We went to separate Universities. And it was unofficial, it was just his housemates, so nothing too mental… Yeah right…

Waking in the AirBnB it was time to check out as we had free accommodation at two of Dave’s Uni housemates this evening. We decided to skip the AirBnB breakfast as we had a lot to do before meeting up!

So we said our goodbyes and went on our way. Our first mission was to go back to the Globe and get a programme for the show we saw last night “The Taming Of The Shrew”. There wasn’t much time to spare, so we headed to the tube.

After purchasing the much needed programme we started back to the tube station. But we then thought we should get some food before the drinking commences. So we decided to head to Borough Market (again) as it would only put us one stop further out. And we still had plenty of time.

Heading to the market we noticed a massive queue down a street. It was called the ‘Breakfast Club’ and we commented that it obviously must do a damn good breakfast. Honestly, I’ve never seen a queue so big for breakfast!

When we got to Borough Market we were spoilt for choice! After a bit of a wander I spotted a sign that stated “BBC Food And Farming Awards Winner 2016” so the food must be good. I didn’t care what it was, I was having a try! The stall was called ‘Gourmet Goat’ and we had a ‘Breakfast Kofta’ which was kid goat kofta, grilled halloumi with a smoky sauce all in a Greek pitta. And it was yummy! 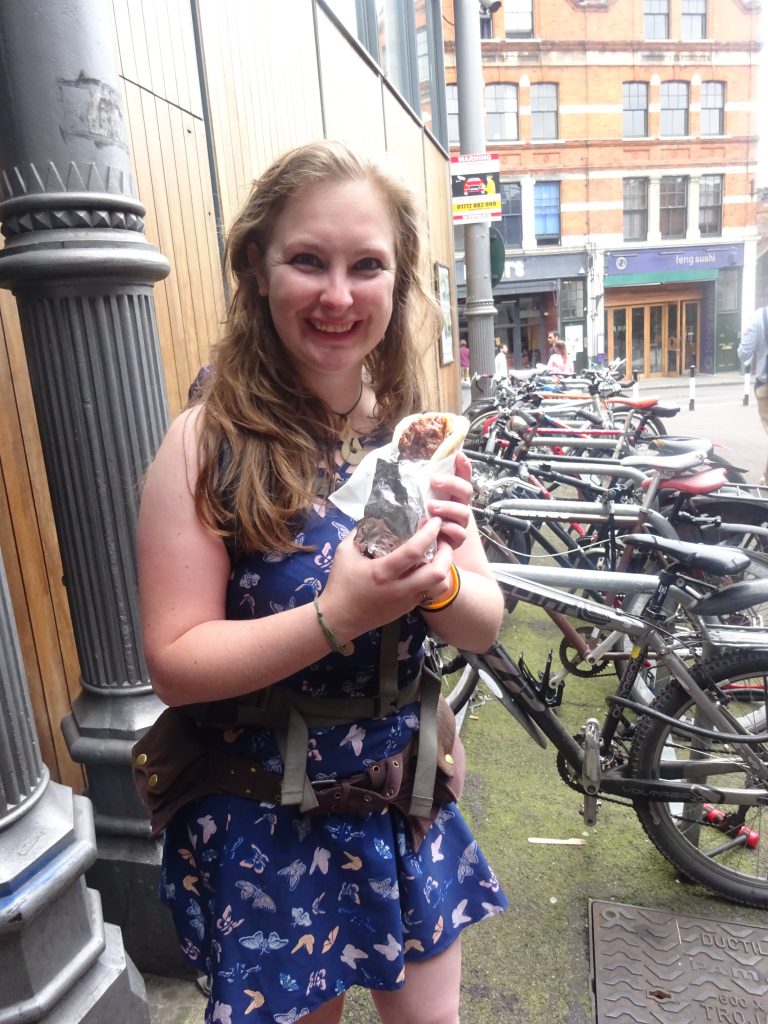 After eating we found a coffee stall (can’t argue with damn good coffee in the morning) and carried on our merry way.

After a tube ride, meeting up with Sophie and Georgie and dumping our bags it was time to head back to the centre to meet the Megan and James. Another tube ride later and a bit of a walk and we ended up at ‘Bounce’.

‘Bounce’ was awesome! It’s basically a ping pong (or table tennis) club. We had a table rented for an hour and the six of us had a great time, I don’t think the table had a single break in that hour! Although me and Dave were especially rubbish at ping pong, but we still had a great time!

It was different and so much fun! Though beware of flying balls! We all got hit! Several times. It’s a good job we didn’t have to give the balls back at the end! 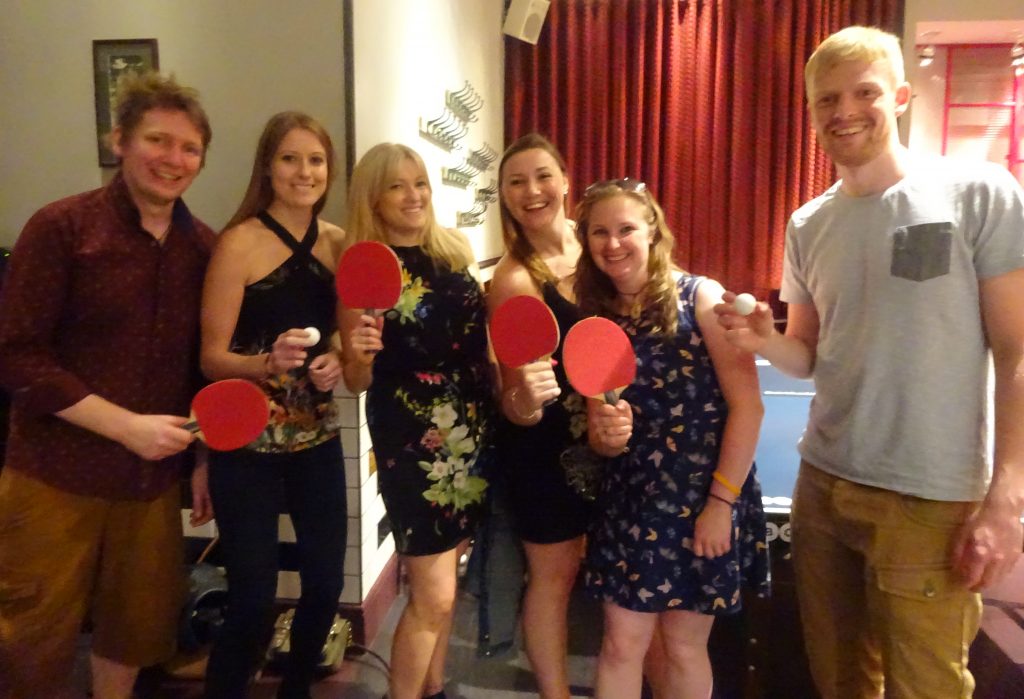 After a fun hour of ping pong we left Bounce as we had a table booked elsewhere. It was a fair walk, but along the way I found another Dream Jar, so I was happy! This one was “I Dream Of The Universe” which is Professor Stephen Hawking’s dream. 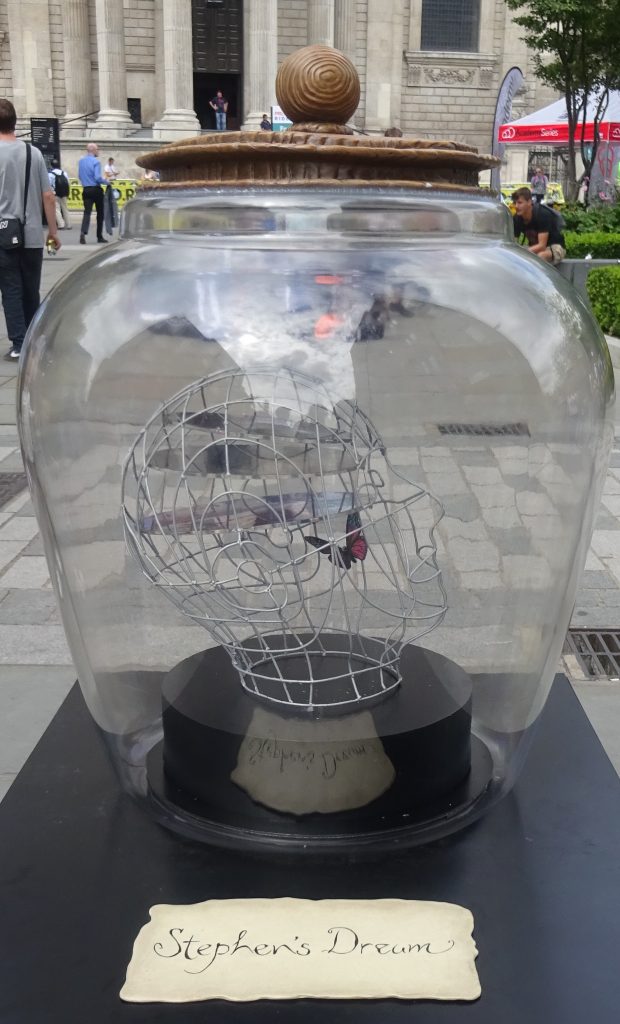 “I Dream Of The Universe” Dream Jar

When we arrived at the Founder’s Arms on the Thames there was a little bit of confusion with our reserved table! We finally managed to sit down and get drinks. We decided to get a couple of platters to share, so we had a Founder’s Ploughmans and a Cheese Fondue.

We sat here for a few hours, just drinking and catching up. After here it begins to get a little blurry…

I had “Huevos Rancheros”, which was eggs, tortillas, chorizo and similar stuff. It was a little weird, but nice enough. Mainly weird though! 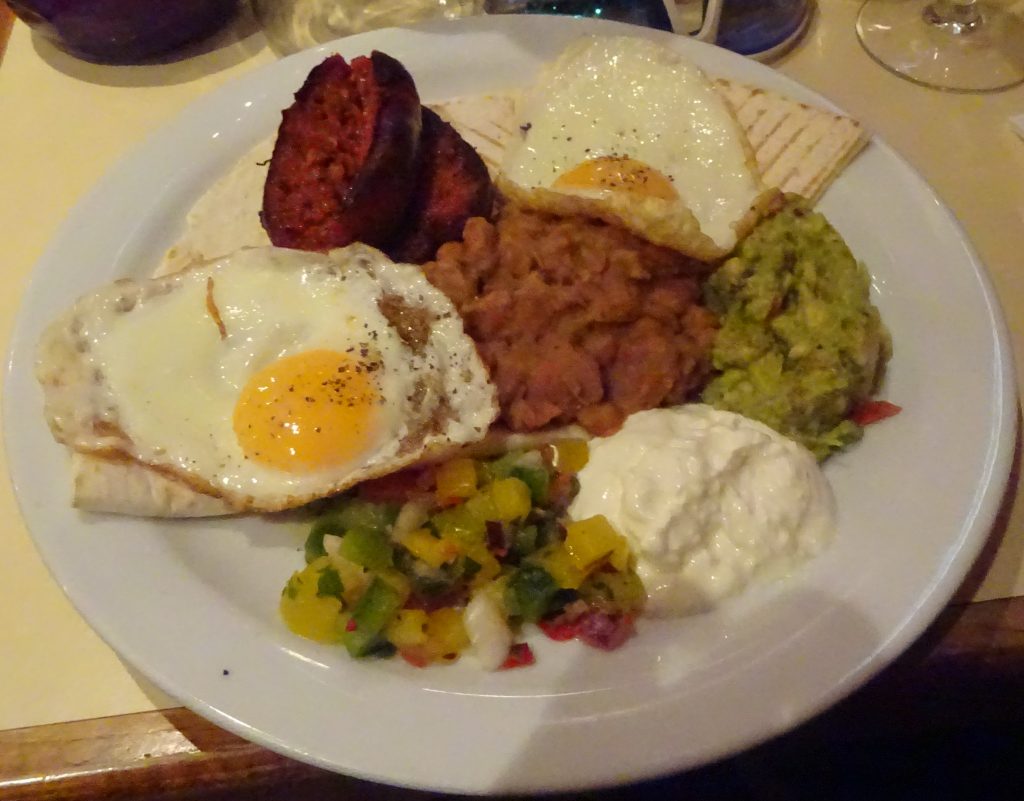 Huevos Rancheros At The Breakfast Club

After we’d paid the bill one of the staff invited us to the ‘secret bar’. Doesn’t sound dodgy at all right? But we went for it. We were taken through the kitchen (and got a little over excited over the size of a tin of beans) and had buy one get one free on our first cocktails. It wasn’t long until we realised we were pretty much the only people in the bar (there was one other couple). They really do keep it a secret!

I have to admit, the cocktail I chose was disgusting. I tried Dave’s and that was even worse! Note to self – never get a cocktail with egg white in it, it tastes like feet!

After we had forced down our cocktails we decided to leave. Finding the way out was fun. We couldn’t go back through the kitchen as there was a code-lock on the door. Finally we found the fire exit and it was the only escape route we could find, so we used it!

At this point we had to say goodbye to James, but the rest of us went into ‘Katzenjammer’ which me and Dave got excited over as there is a band by the same name that we like.
We stayed here for I have no idea how long. But eventually it was time to get a taxi and head back to Sophie and Georgie’s place. Once we got back me and Dave decided to go for a walk – bad idea, we got completely lost! But we finally found our way back!

The next morning we went to a ‘greasy spoons’ (and I don’t mean Wetherspoons) for breakfast. Then after a stroll and a drink it was time to say our goodbyes and head to Euston station. Sophie and Georgie told us how to get there as there was a line closure, so it’d be a little more complicated than usual.

Turns out we didn’t listen… Well, we listened, but did not absorb the information. After realising we couldn’t get to Euston on the Northern Line, as it was partly shut, we had to figure out a different way. And we just made it to the train home! A fun end to a great weekend!

Want to have some fun in London? Check out accommodation on Tripadvisor. 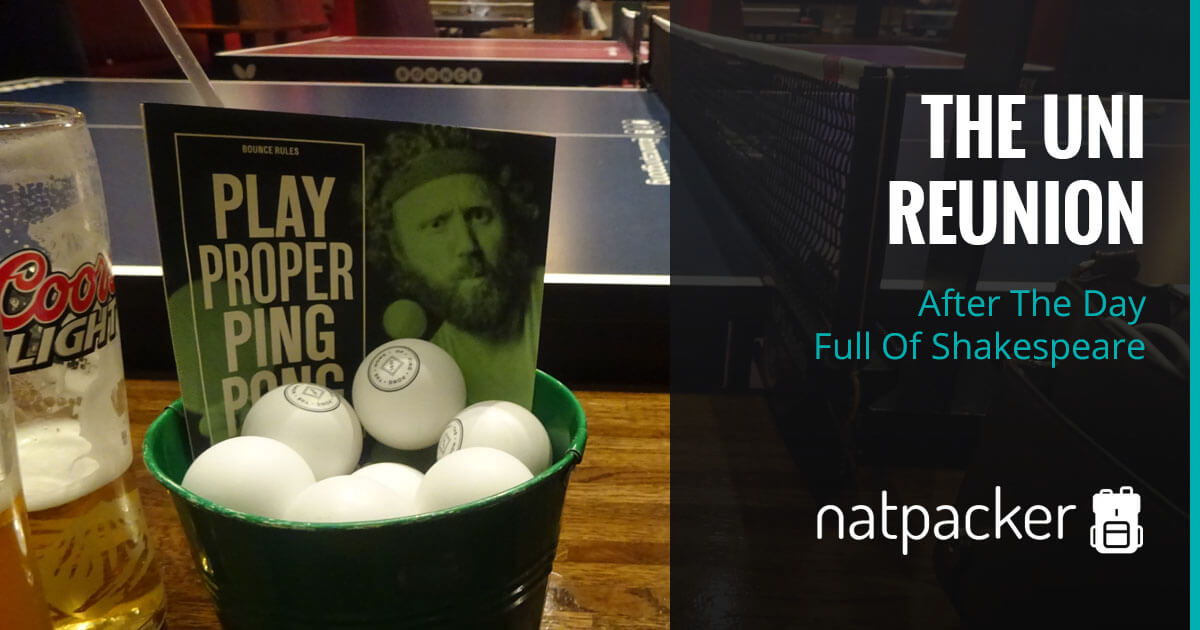