Some US airlines are bringing in ‘Basic Economy Fares’. So what does this actually mean for the traveller?

Put simply, these Basic Economy Fares are a serious ‘No Frills’ service. The fares are designed to compete with ultra low fare carriers, such as Spirit and Frontier. Airlines that are bringing in these fares are United Airlines, Delta (in the first quarter of this year) and American Airlines (late February). The companies will have the basic economy fare on a few services, to begin with and then plan to expand. The airlines are not adding any new cabins, the basic economy seats will be within the standard economy.

What Makes A Basic Economy Fare

Basic economy fares will allow you to buy extremely cheap seats – the cheapest you can get! However, this does mean you will lose a variety of perks that you normally get! Here’s what you will sacrifice for the cheapness:

Upgrades are simply not available to those on basic economy fares. This is regardless of elite status or being a frequent flier.

You will not be able to choose your own seat – no problem for solo travellers! But if there’s a group of you, don’t expect to be sat near each other!

With a basic economy fare, you will be the last to board. So enjoy sitting around whilst everyone else gets on!

On both American and United Airlines, you will only be allowed one small personal item. It must fit underneath the seat in front of you as you will not have access to the overhead lockers. If your item is too big you will incur an additional charge.

Tickets are non-refundable and no changes are allowed. You use what you’ve bought or you lose it. Simple.

During the flight basic economy is treated as a standard economy customer, You have the same access to free snacks and in-flight entertainment where applicable. You are in the economy section of the plane, and so are treated the same!

The main differences in basic economy flights happen before boarding the plane. If you know you will definitely be travelling on the flight you choose, then why not go for this fare? You know you won’t need a refund. The main concern for me would be the tiny amount of luggage allowance – talk about packing light!

These new basic economy fares are perfect for people who don’t need to take much, but for most, it is not a great option. If you’re only going for a day or two, the baggage restrictions are doable, but for most travellers, this would not work.

Do you think you’ll use this fare? Or have you? Tell me what you think in the comments below! 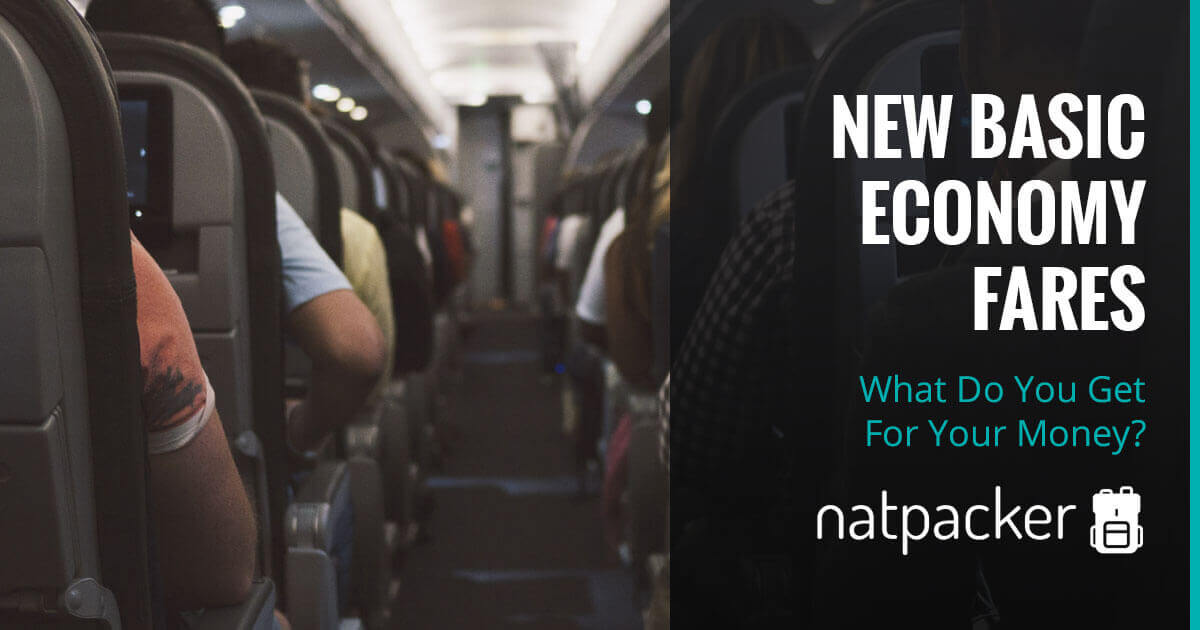