New Year of 2016/17. A last minute decision to celebrate in Stuttgart. Me and Dave were joined by Alex, Bunny and Bridget. The last minute decision meant that the flights were from Heathrow! So this prequel sees the five of us meeting up on the way there! It’s not the biggest adventure, but I couldn’t leave it out!

On the 29th December I headed over to Crewe station to meet Bunny and Dave from work. The three of us got to the train nice and early and waited to be off. There’s not much to tell about the train journey, we spent our time playing ‘Heads Up’ and the hours quickly disappeared.

We had to change at Milton Keynes and meet Alex on our next train. We literally had 1 minute to get to our next train. What a fun rush that was! We waited practically pressed up against the doors and started sprinting as soon as the doors opened. We headed to the stairs, sprinted up them and then down the next ones. And we made it! With time to spare!

We met Alex and carried on with the game of Heads Up, with the addition of whisky and cookies provided by Alex!

The train journey wasn’t long and soon we were getting off. We quickly found Bridget and ordered an Uber. As we were waiting we formed a plan as to what we were doing that night…

The original plan was to go to the Premier Inn that we were staying at (staying here as we had an early flight), then go out to find food. But looking the place up it looked like there wasn’t much around, and the evening was wearing on. So we decided to head to a pub that was nearby and get some food before heading to our accommodation.

We arrived at the Plough and headed in, at the bar we asked if they were still serving food. They were but we would have to wait for a table, which was not a problem as it seemed to be the only pub in the area, so there wasn’t much of a choice! There was a sign at the bar stating that it was the ‘Best Pub’ – not difficult if there’s no others nearby… 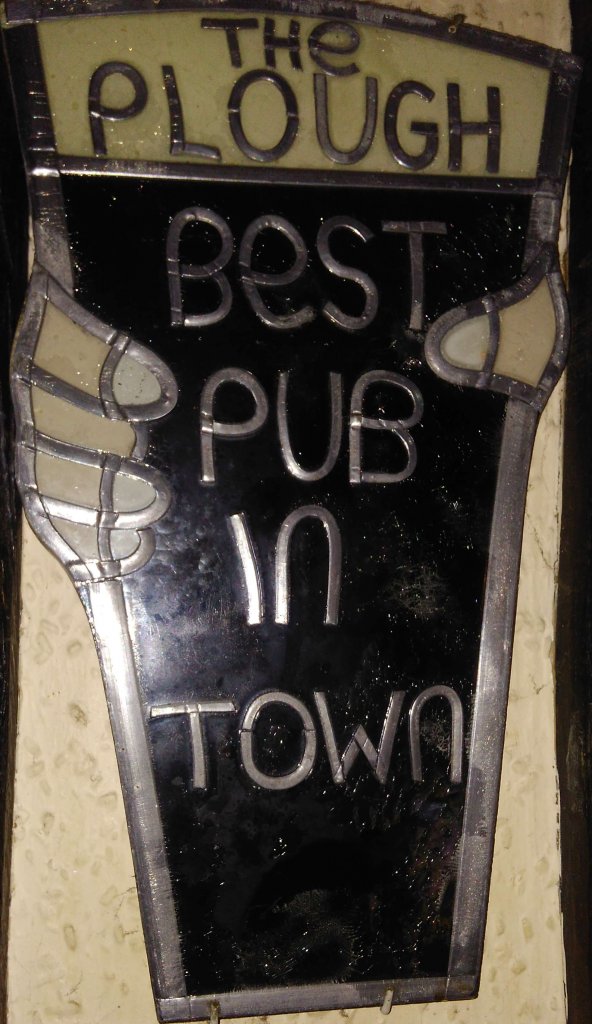 The Best Pub In Town – Fact. There’s A Sign And Everything, So It Must Be True!

We didn’t have to wait long for our table and were soon sat down and browsing the menu. Choosing for one of us was harder than you’d expect – Bridget is a celiac vegetarian! We noticed a small typo on the menu that gave us a bit of a giggle – they had Nachos, but they’d spelt it ‘Natchos’. I think we found this far too funny! 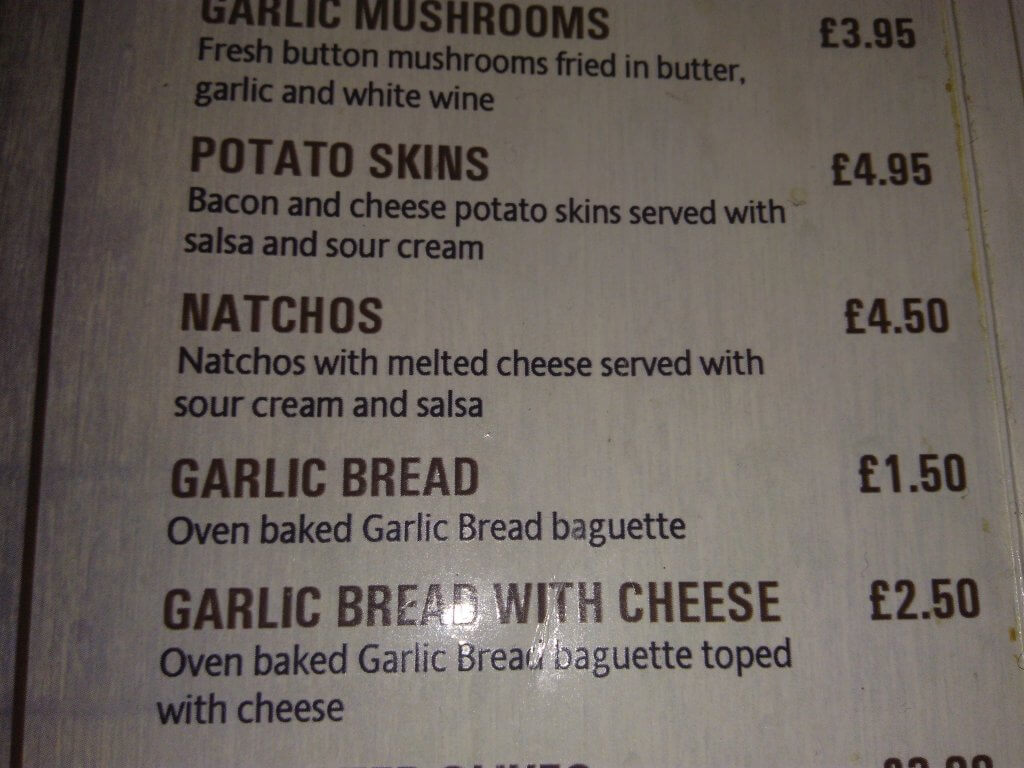 Natchos – The Typo That We Found Very Amusing!

I had calamari for starter, which to be honest wasn’t great. It’s easy to mess up calamari to be fair… 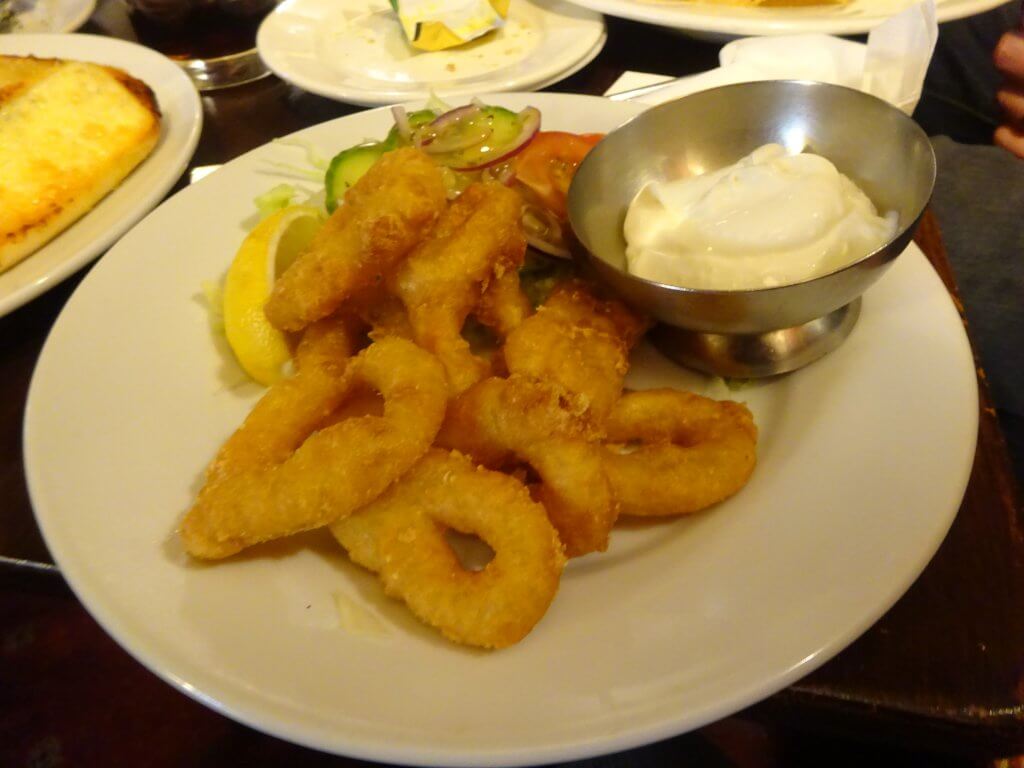 Then I had ribs. And oh my god! I could not believe how big the mains were! They were scary – the starters were pretty big to begin with, but then the mains! WOW. Far too much food! I don’t think any of us actually managed to finish our mains! Which I feel terrible for, as I hate wasting food. 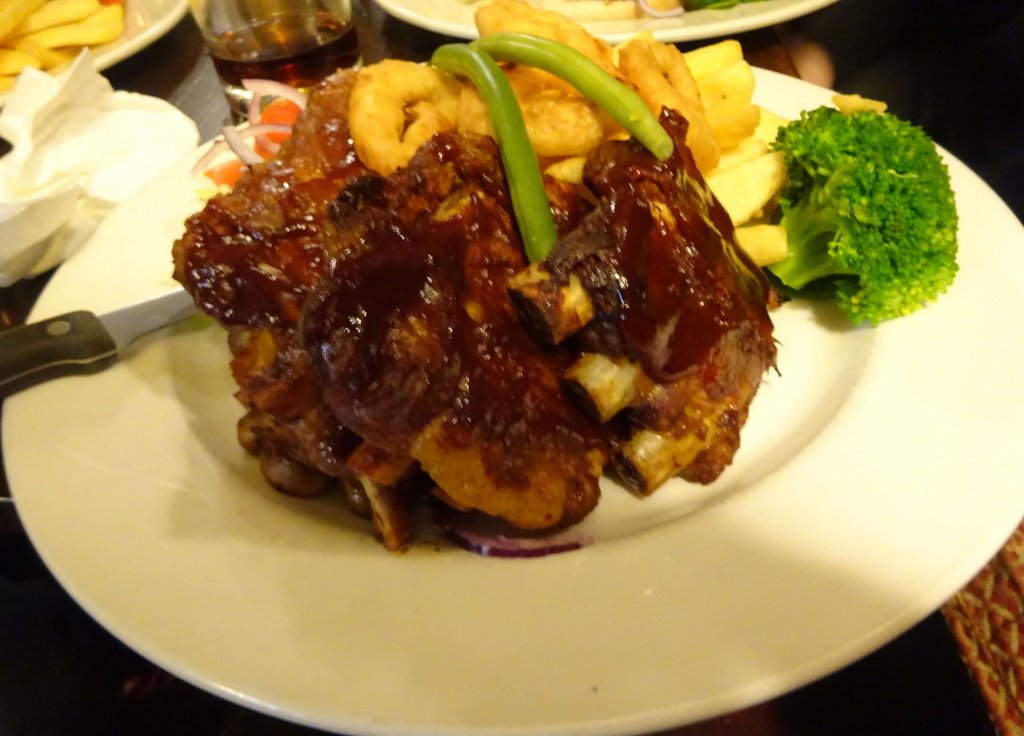 My Ribs Main – I Think Thats An Entire Pig! 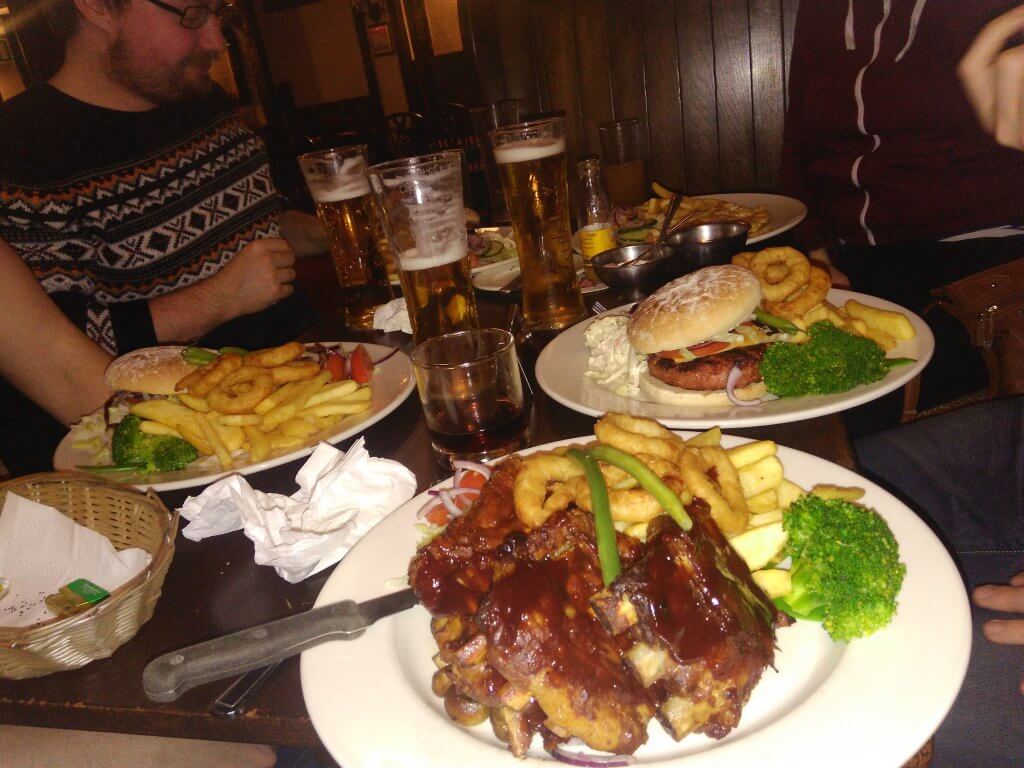 To The Premier Inn

So with extremely full bellies we got an Uber to our Premier Inn – there was no way we could walk! Could barely move being so full.

We arrived at the Prembo Inn and checked in. The thing with places like Premier Inns is you know exactly what you’re getting. Which I always find a little boring. But we wouldn’t be here for long!

So we went to our rooms and met down in the bar, for a final drink. We would’ve probably stayed there much longer but the bar shut not long after we got our drinks! So we had a final planning session of what we wanted to do when we arrive in Stuttgart. And we arranged to meet in the reception at 5am for our 7am flight.

Want to know what happened in Stuttgart? Go to Day 1 for the next instalment! 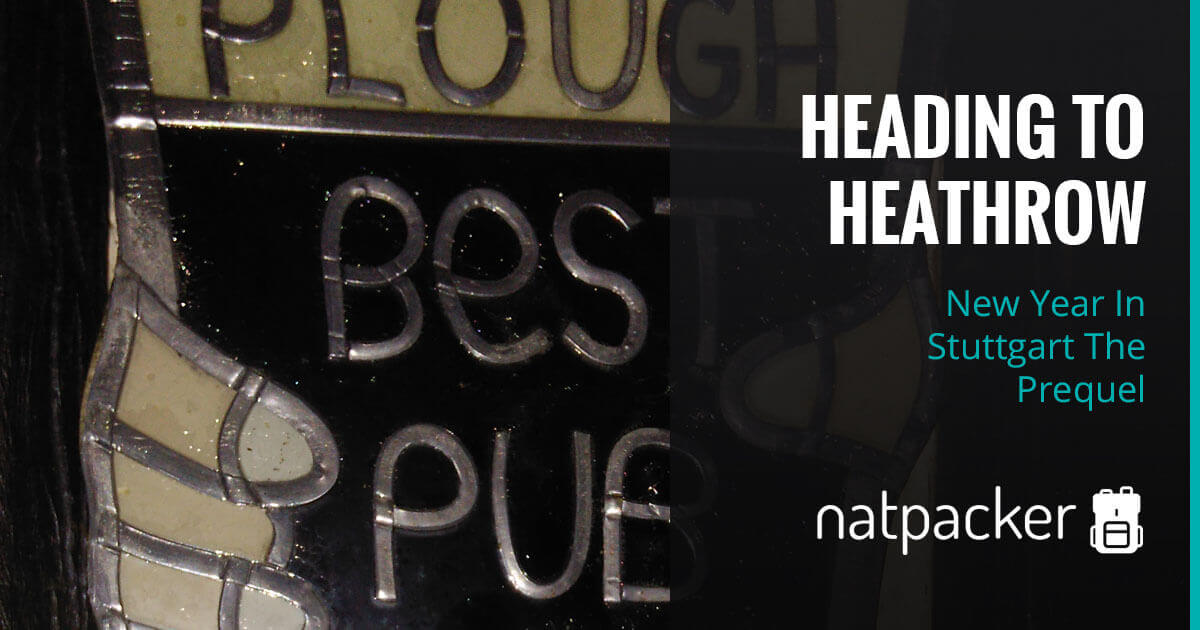