“There are no foreign lands. It is the traveler only who is foreign.”

To me, this travel quote says that all the lands of the earth belong to us all. It is only when you go there and see the different ways in which people live that you may be ‘foreign’. But really, it’s just self-talk, it’s just a feeling you get when you’re somewhere new.

This travel quote was written by Robert Louis Stevenson in the book ‘The Silverado Squatters’. This book is Stevenson’s travel memoir of his two-month long honey with Fanny Vandegrift and her son, to Napa Valley, California. The trip took place in 1880.

During the trip they first went to Hot Springs Hotel, but were unable to afford the fees. So they spent their honeymoon in an abandoned three-storey bunkhouse at an old mining camp called ‘Silverado’. They ‘squatted’ in the bunkhouse for two months of the summer.

This travel quote says, to me, that we should not see other countries as ‘foreign lands’ and as somewhere far away and unvisitable. The earth can be travelled by every human that wants to. But you must realise that when you arrive you are a ‘foreigner’, at least until you immerse yourself.

When you arrive at a new place, you will quickly see the differences in how people live, their cultures and traditions. Until you accept these and immerse yourself in the culture, you will be a ‘foreigner’. But it is not the land, or country, that is foreign. It is you. The traveller has come over and must realise that they must make the effort to be accepted.

The world is there for everyone. It is all connected. The lands are not foreign. They may be different, but not foreign. It is the traveller that enters the country that is foreign. 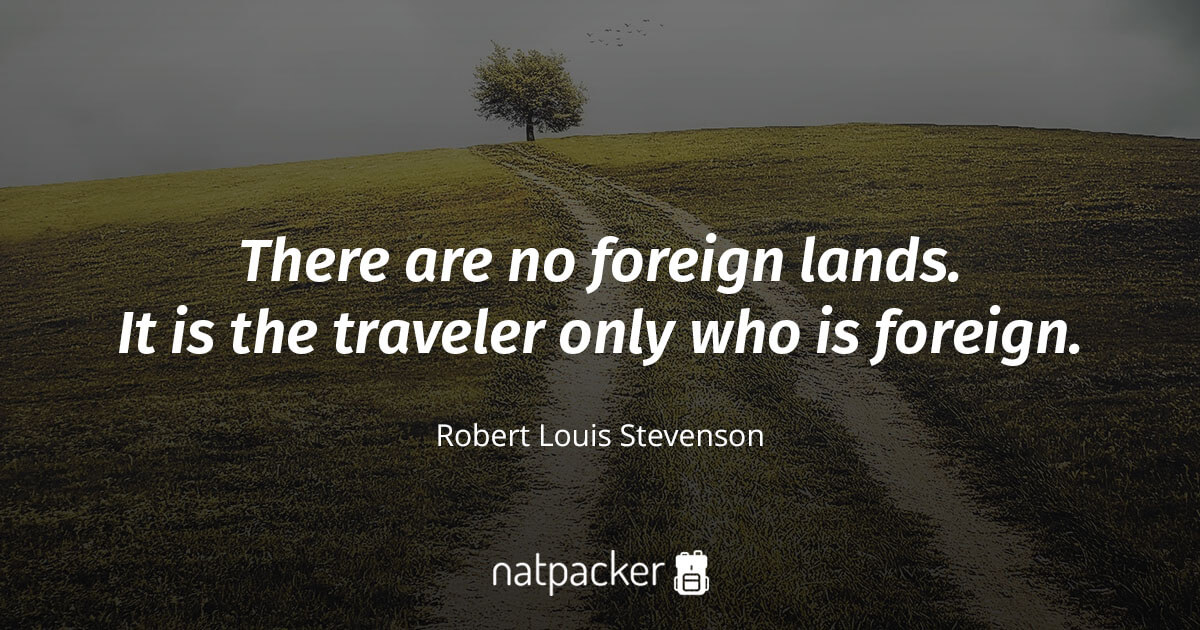