“Not all those who wander are lost.”

This quote states that just because you have no fixed abode and have a nomadic lifestyle, does not necessarily mean you are without purpose. Just because a person continually travels, does not mean they are lost.

This travel quote was written by J.R.R.Tolkien in The Lord Of The Rings. It is a line out of ‘Striders Poem’. The poem, and parts of it, are mentioned throughout the book. It is first seen in a letter to Frodo that Gandalf has left for him at Bree. The poem is part of the postscript, which reminds Frodo to ensure that the ‘Strider’ he meets is the correct ‘Strider’.

The poem is used as a method of identifying ‘Strider’. ‘Strider’ quotes the first two lines of the poem, which he did not know was in the letter. Thus confirming his identity as the ‘Strider’ Frodo was meant to meet.

The poem is also quoted latter in the book, at the Council of Elrond. Bilbo recites the poem when Boromir expresses doubts about Aragorn (‘Strider’) being Isildur’s heir.

There is a difference between wandering and being lost. To be lost you have to have a fixed destination and be unable to find it. To be wandering it is the journey itself that is what’s important, not the destination, so it does not matter where you end up. 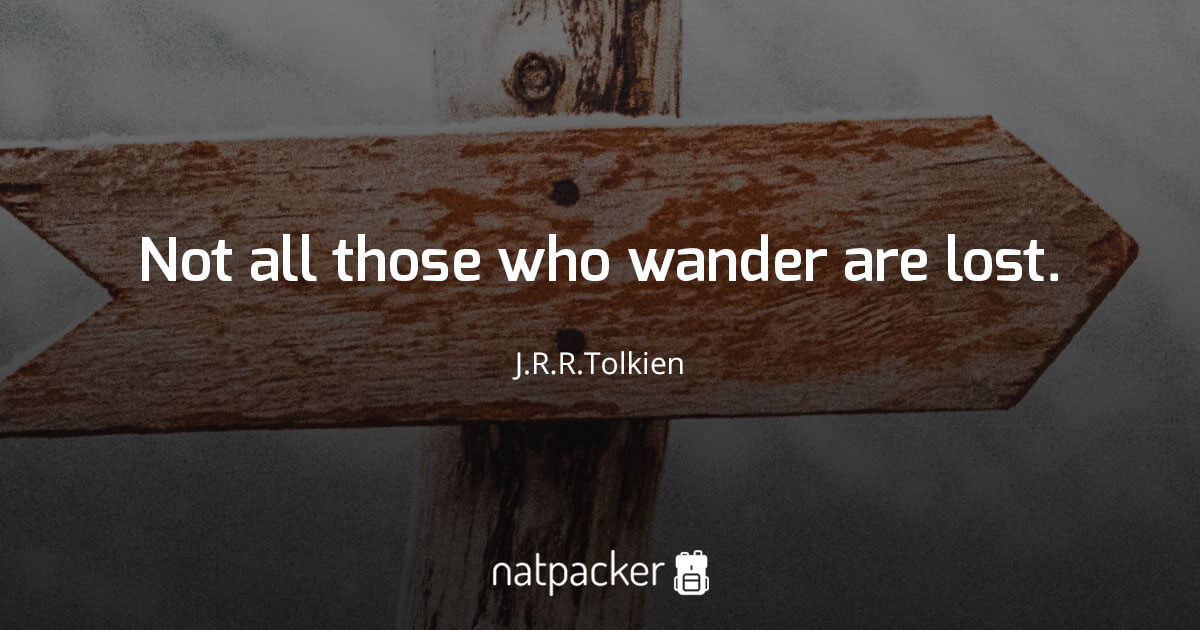