On my last few trips to Edinburgh, I watched Bobby’s nose get worse and worse. It really makes me sad that so much damage is being done to this popular statue. And so I felt the need to write a blog to tell people of the damage this new ‘superstition’ is causing, and to encourage people to save Bobby’s nose.

Incase you don’t know, Bobby is a statue of a dog. It’s known as Greyfriars Bobby, as it is located just outside Greyfriars Kirkyard, which is also where you will find Bobby’s grave. It’s a cute, life size statue of a very loyal dog, whose story warms my heart. However, over the years tourists have started rubbing his nose for luck. This is causing damage to his nose, as the paint wears away and he now has a golden, shiny nose, which is slowly being completely rubbed away.

The Story of Greyfriars Bobby

Bobby was a Skye terrier, owned by John Gray. John was part of the Edinburgh City Police, employed as a Night Watchman. He bought Bobby so that he would have company on his night shifts. The pair of them were a common sight on a cold Edinburgh night.

Unfortunately, John died in 1858, which left Bobby alone. Bobby showed undying loyalty to his master even in death, as he refused to leave John’s grave. He stayed there until he himself died in 1872, after a fourteen year vigil. 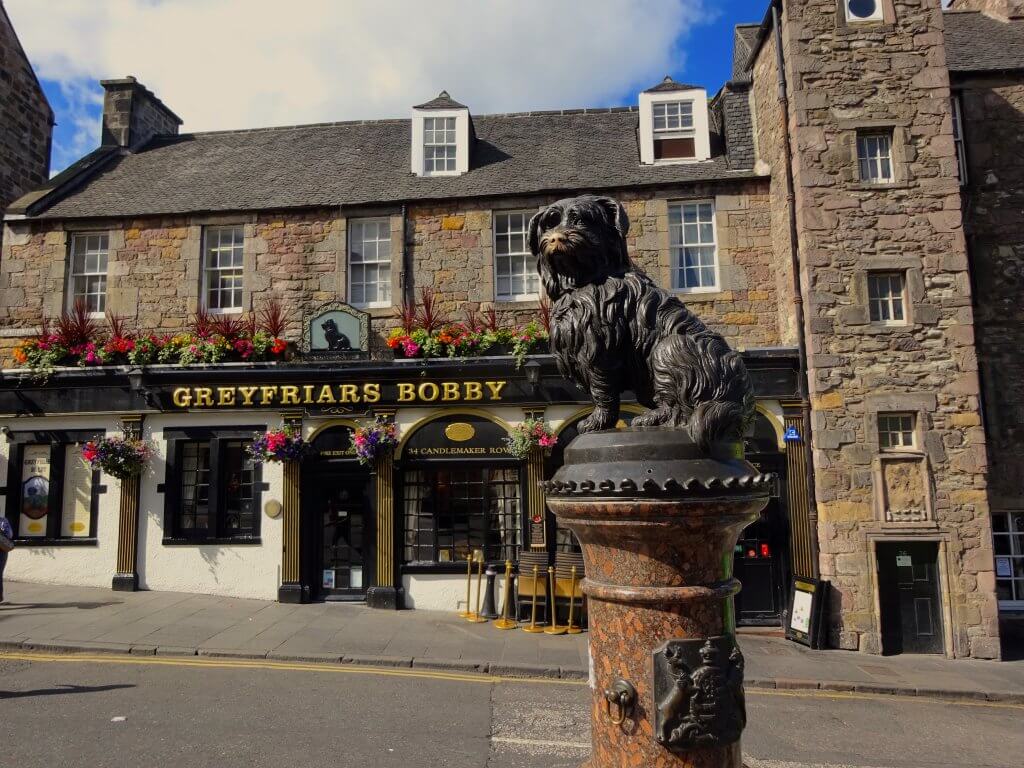 The Statue Of Greyfriars Bobby

This loyalty touched the hearts of many locals, and his fame spread even further afield. The locals took good care of Bobby, providing him food and shelter during his vigil. When a by-law was passed requiring all dogs to be licensed in 1867, the Lord Provost of Edinburgh actually paid for his license and presented Bobby with a collar.

It wasn’t long after Bobby’s own death that his statue was erected. The life-sized statue of the Skye terrier was revealed in 1873. It has stood outside Greyfriars Kirkyard since then and has become the most photographed statue in Edinburgh. 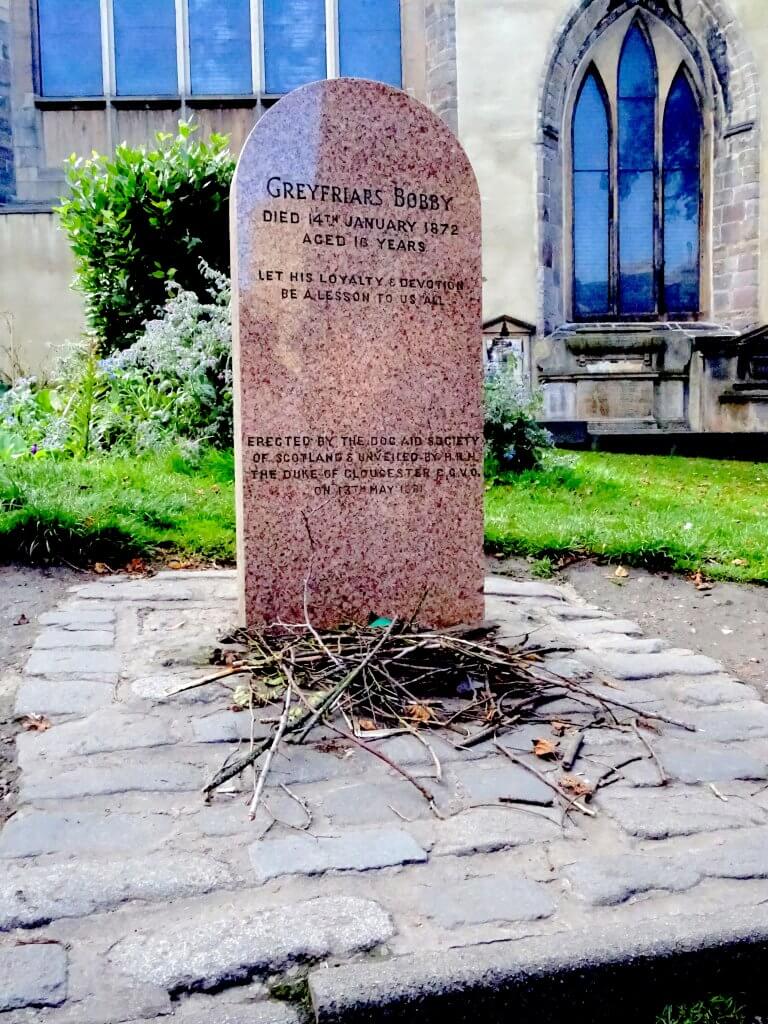 Bobby’s Grave In The Kirkyard

Why Do People Rub Bobby’s Nose

No one actually knows how this modern ‘tradition’ started, but apparently people (well, tourists) believe that it will bring them luck. But why, I have no idea.

I first visited Edinburgh in 2013 and Bobby’s nose was black, in keeping with the rest of him (I must have been there not long after the repair work). Since then I have been to Edinburgh three times and each time I see his nose get worse and worse. The golden patch grows and the details are being lost. The last time I was there, in September 2018 I was shocked at the crowds of people surrounding Bobby just to touch his nose. I’d never seen it this bad before.

Don’t get me wrong, I love these kind of superstitions and traditions, but only when they have a story to match. For instance, the Hume statue in Edinburgh, rubbing his toe is meant to be lucky as some law students did it the night before their exams and all passed. And the Musicians of Bremen links to the Brothers Grimm story. The parts of these statues that are rubbed, and now shiny, are not as intricate as Bobby’s nose and so there is no actual damage (other than the paint rubbing off). 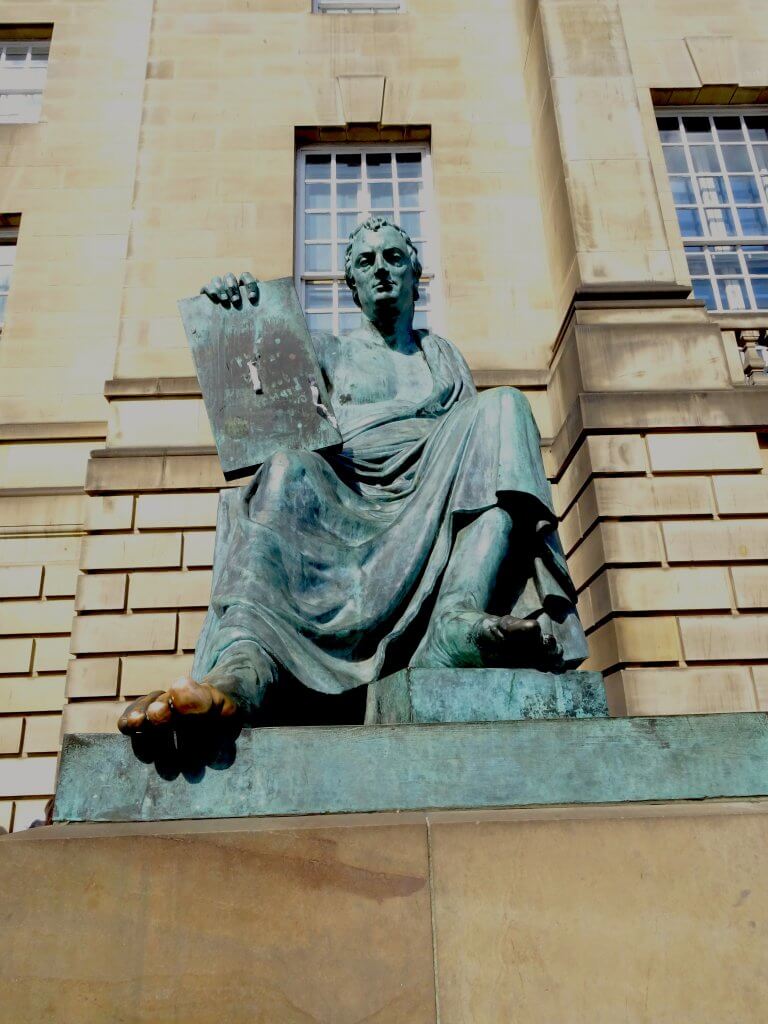 So, I am here to tell you that rubbing Bobby’s nose will not bring you good luck. Instead it is damaging this statue that remembers a beautiful story. So…

The last time the council repaired Bobby’s nose was in 2013, which cost them £400. In 2016 they said that they had no plans to repair it again. And I don’t blame them, what’s the point if it’s just going to get rubbed and damaged again? So if you want Bobby returned to his former glory, don’t rub his nose, or any other part of him.

A Facebook campaign has even been set up by a local woman, Evelyn Duncan, to try and spread the word.

So next time you are visiting Bobby, don’t touch. Remember that everyone has a part to play if we are to Save Bobby’s Nose. 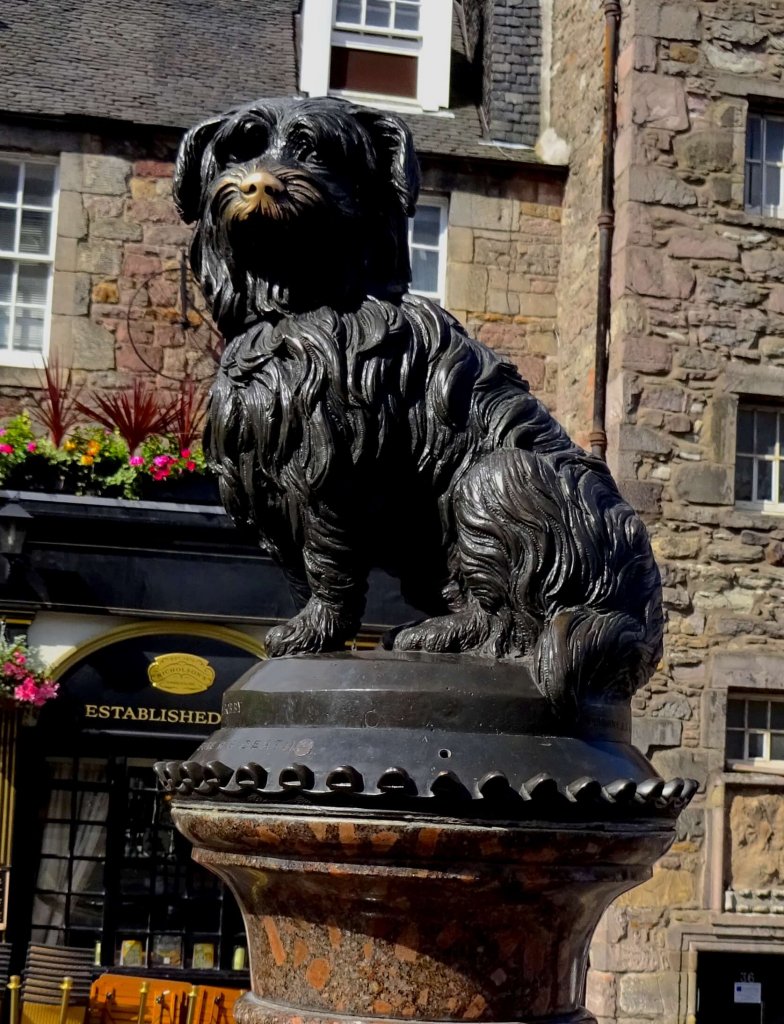 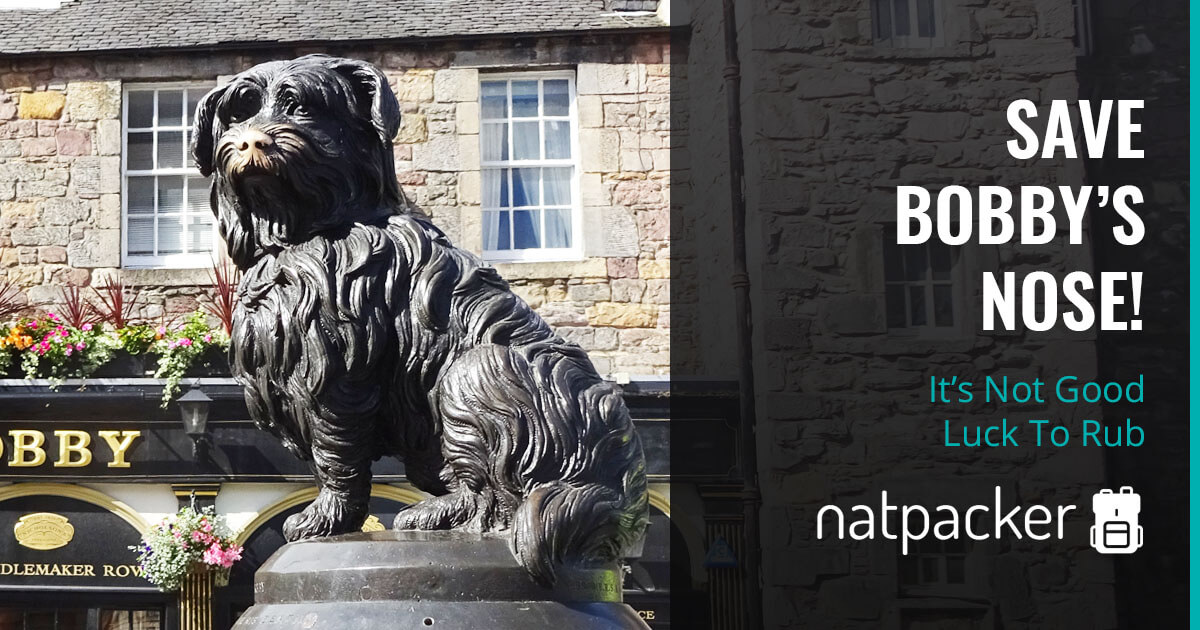