“Travel is very subjective. What one person loves, another loathes.”

This travel quote, for me, tells of the importance not to judge other travellers for their travel choices. Just because you think that every backpacker should bungee jump, doesn’t mean that they actually should!

The quote comes from Robin Douglas Leach. He is an English entertainment reporter and writer, born in 1941 in Perivale. He is most known for his show ‘Lifestyles of the Rich and Famous.’ Which ran from the mid 1980s until the mid 1990s. This show focused on profiling well-known celebrities and their lavish lifestyles.

In my opinion, this travel quote is important, not just when travelling but all the time. It says that people like different things, so you shouldn’t judge people on their likes and dislikes.

There are different types of traveller. The backpacker. The luxury traveller. The adrenaline junkie. To name just a few. Each will have their own preferences. Everyone is different and that’s great. For instance, I am not a big art fan, so tend not to visit art museums in a city, unless it is a famous one like the Louvre. I prefer walking tours over bus tours in cities, but I don’t think anything bad of those that prefer the bus tours.

Some people like hostels, some despise them. Some people prefer to have a private room. But it’s important not to think that they’re ‘snobby’ for wanting that.

Some people don’t even like travelling. That’s up to them. I’m not saying don’t tell them of your wonderful adventures, just don’t push too hard for them to come along next time!

But also, just because you generally don’t like something, don’t be afraid to retry. If someone asks you, why not? Travel is about experience. If you still hate it the second time, then maybe don’t try again.

Just remember, we are all different, our views on the world and travel are different. And there’s nothing wrong with that! 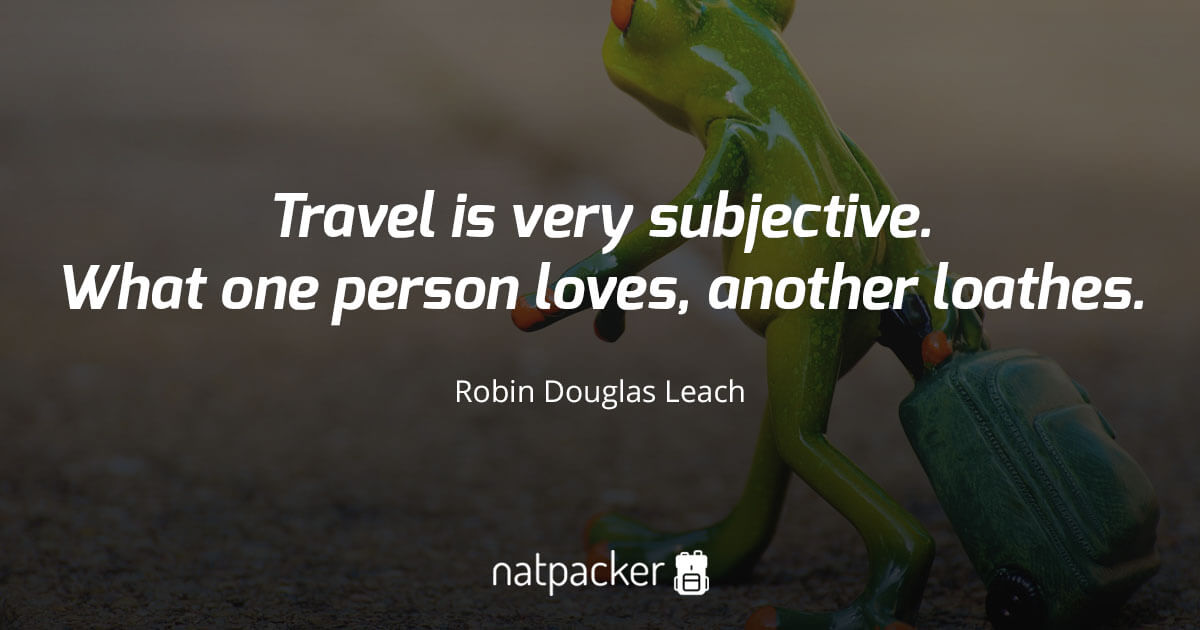