A move that is being applauded by animal welfare organisations. After a petition that had more than 558,000 signatures and campaigns by animal welfare groups.  Tripadvisor is to stop selling tickets for attractions that are seen as cruel. Attractions to be banned from the site are those that allow physical contact with captive, wild and endangered animals. These tourist attractions have long been criticised by the group World Animal Protection (WAP). Other companies, such as Intrepid and STA have already banned tours with Elephant rides. STA has even stopped selling tickets to Seaworld.

What Is To Be Stopped And Why?

TripAdvisor is to stop selling tickets for tourist attractions that allow physical contact with animals. This includes:

Tourists love having interaction with the wildlife. This has caused these attractions to flourished. However, in some countries animals have been taken advantage of. Where government influence is non existent or minimal in this trade, operators have pushed boundaries. With no controls, some operators will do anything to make money. Reports have included doped tigers and using violent techniques to train elephants.

This is a big move. Tripadvisor is a big player in the industry and has a powerful influence. The change makes a big statement with regards to animal welfare within tourism. Companies that use animals solely for entertainment or even playthings will have to change. As Tripadvisor makes the change for animal welfare standards.

However, Tripadvisor will still sell tickets to Seaworld. Which animal groups are not pleased with. This means that the move will affect poor areas, where the animal trade brings a lot of money into the area. Although it is bad for the people just trying to earn a living, it is good for the animals. Yet a rich company is allowed to carry on making money.

As part of this movement Tripadvisor will also launch an ‘Educational Portal’. This portal is for animal attractions that still have tickets available. Tourist will have a chance to look at the company’s welfare practices and the opinions of animal charities. It will allow tourists to make more informed decisions on animal tourism.

This will help those companies that give the best care to their animals and actually help welfare and conservation, to be celebrated.

TripAdvisor  is making a big statement on animal welfare within tourism. Change within the industry as a whole will hopefully follow. With the addition of the Education Portal, companies must be more open with how they treat their animals. Tourist want to have the interaction, but most also want to know that the animals are looked after. The Education Portal will allow tourists to make more informed decisions. If people see that animal cruelty is involved, they won’t go to the attraction.

All the changes should be finished by early 2017. 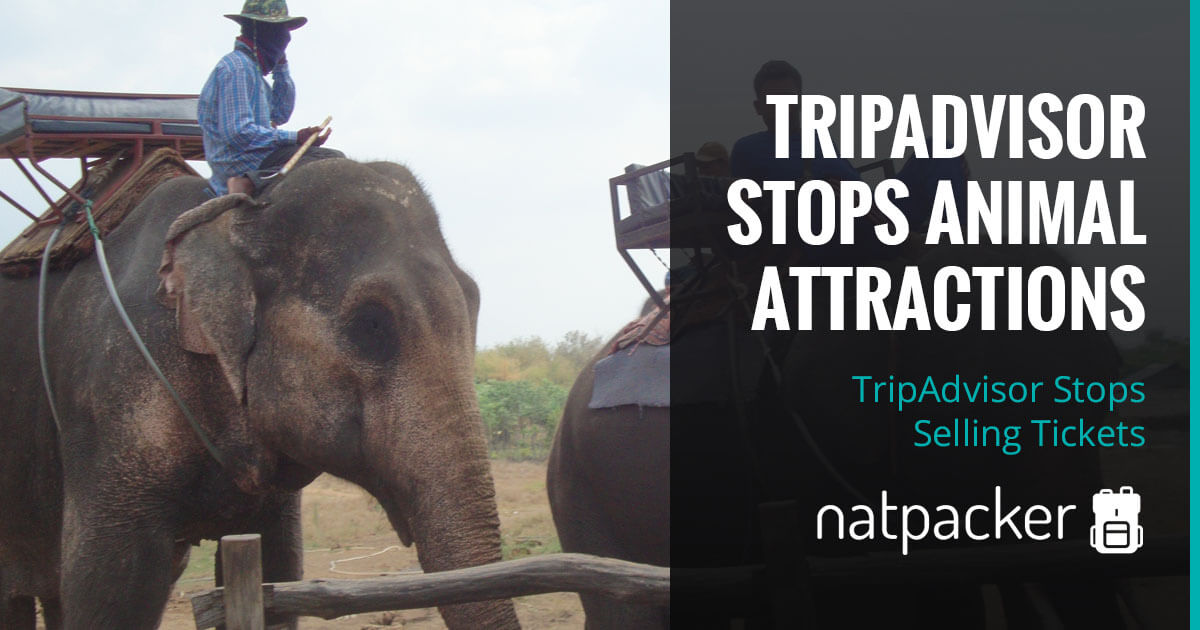