“A wise traveller never despises his own country.”

This quote is one that I feel a lot of travellers don’t abide by (well, I’ve met quite a few that don’t seem to have this attitude.) But I feel that the quote hits on an important idea for travellers. So, where did this quote come from and what does it mean to me?

This quote comes from the Italian playwright Carlos Osvaldo Goldoni. The quote is in the play “Pamela”.

Goldoni was from the Republic of Venice in the 18th century. HIs plays were (and still are) admired for their mix of wit and honesty. His works include many of Italy’s most popular plays. He wrote about everyday life and scenarios and often the conflicts of the rising middle classes.

To me, this quote says that it’s important to respect and even travel your own country. I have met a load of fellow travellers that seem to think their country has ‘nothing to offer’. People never see what is in front of their noses! The main memory I have of this was in Waitomo Caves, another guy from the UK was saying how ‘the UK has nothing like this, there’s nothing to to do etc’ and the Kiwi guide turned around, looked him straight in the eye and said ‘What do you mean? I learned caving in Scotland – they have some of the best in the world’ (or something to that effect).

After my Wedding, so many people have said to me “I didn’t know you could bungee in Scotland!” but the river Garry is one of the most beautiful bungee locations I have ever seen! I also felt like a fool when we filmed for “Caught on Camera” and I didn’t know we had a watersport company just down the road!

Travelling should not be about ‘running away’. It is about experiencing something new, exploring. Whether this is worldwide or in your country or even your own county! Travellers (and backpackers) should be aware that their own country has plenty to offer. 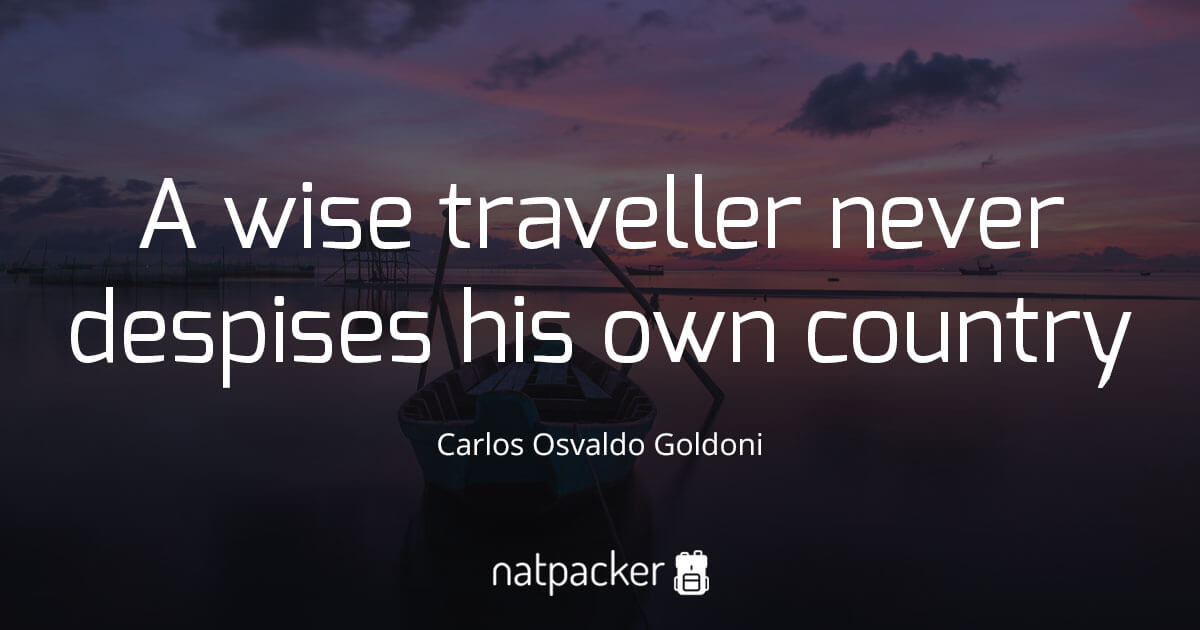