This week the first evidence that Tasmanian Devils have developed immunity against their facial cancer. The cancer has pushed the specie to the brink of extinction in recent years. The carnivorous marsupial is found only on Tasmania. It is believed that about 20,000 individuals remain in the wild.

The disease is called Devil Facial Tumour Disease (DFTD). It is a transmissible cancer that is spread through biting. Tasmanian Devils often bite each other when fighting for food and mates. Tumours develop on the animal’s face and inside their mouths. These tumours become larger and eventually cause death. The disease is almost 100% fatal.

DFTD was discovered in the mid 1990s. Since then 80% of the population has been wiped out. Scientists have been trying to find a cure or make a vaccine for years.

Ruth Pye from the University of Tasmania has led a study of the disease in Tasmanian Devils. Blood samples were taken and monitored. The team looked for the presence of the cancer and antibodies.

Blood samples were taken every three months from 52 individuals. The study took place between 2008 – 2014. 34 individuals either had the disease at the start of the study, or developed it. 6 of the individuals (all from the same population) developed serum antibodies. These individuals fought off the cancer, although 2 later became reinfected.

This is the first time that an immune response to DFTD has been observed in wild Tasmanian Devil populations. Immune responses have been seen in captivity through immunisation with killed cancer cells. Hopefully this will help with the development of a vaccine. A vaccine would allow a targeted approach to battling the cancer.

This is great news! Tasmanian Devils have developed immunity against TFTD. The disease that practically wiped them out. Hopefully this is the start of them coming back from the brink! 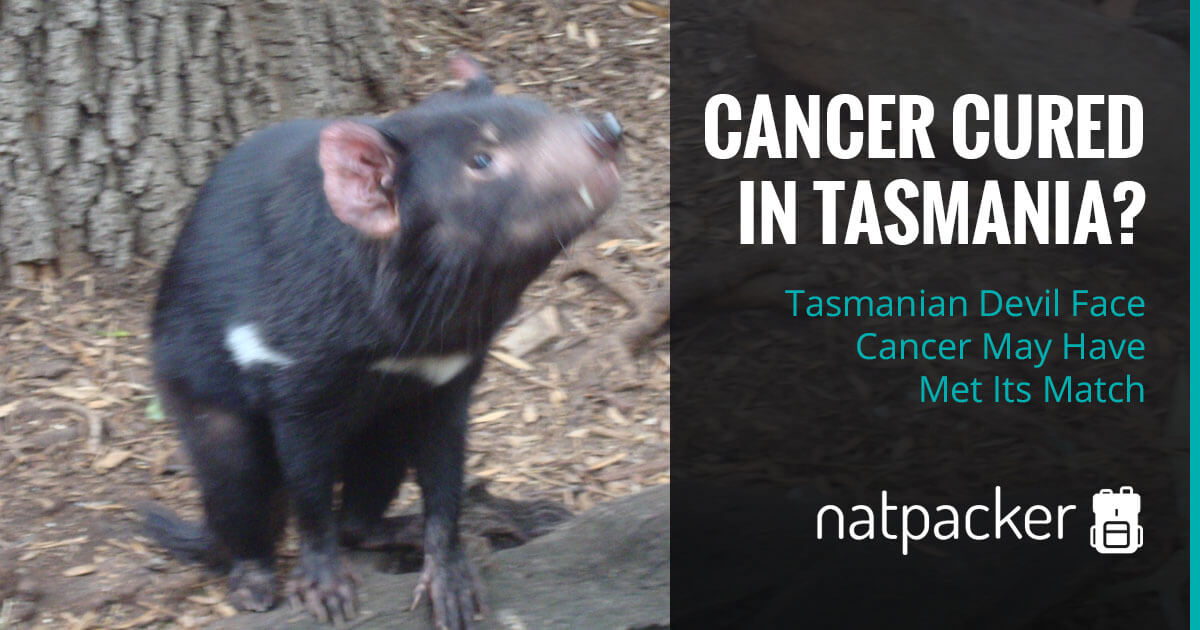