Hilton Hotels – I’ll admit, an unusual one for a backpacker. But sometimes, when you’ve been on the road for a while… Roughing it in hostel dorms… Don’t get me wrong, I love hostels, but if you get a string of bad ones… It may be nice to have a little bit of luxury.

I also tend to avoid large chains. But sometimes they’re nice, as you know you will get a decent standard. If you’ve been on the road for a while and want a little privacy, Hilton Hotels can be a good choice!

The Hilton has both resorts and hotels. There are more than 570, in over 100 countries and territories across 6 continents. The Hilton aims to give an authentic and contemporary guest experience. Rooms have a smart and functional design, with helpful amenities. You can even request unique specifications, so that your room is perfect for you.

Over amenities include:
Fitness centre
Dining

The Hilton group also supports global sustainability. They implement sustainability projects in all their hotels and resorts. Previously they have won environmental certificates. They also aim to help the community surrounding each hotel. They do this by taking part in global community projects. So for an environmentally concerned backpacker who needs a break, a Hilton is a good choice!

The History Of The Hilton

1919– Conrad Hilton bought his first hotel.
1927 – The first Hilton Hotel with cold running water and air con is opened.
1947 – A Hilton Hotel becomes the first in the world to install T.V.s in guest rooms.
1948 – A multi-hotel reservation system is introduced. Hilton is the first hotel company to do this.
1950 – A special amenity for female travellers is created. A sewing kit and a booklet with helpful names and telephone numbers.
1957 – A brand-wide direct dial telephone service is now offered to guests.
1959 – Hilton opens its first airport hotel, pioneering the airport hotel concept.
1973 – Hilton develops a centralised reservation system using computer technology – the first of its kind, revolutionising customer service.
1987 – The Hilton HHonors loyalty reward scheme is introduced.
2008 – A Hilton hotel becomes the first to be both Leadership in Energy and Environmental Design (LEED) and Green Seal certified.
2013 – Herb ‘n’ Kitchen is launched – Hilton’s new dining concept.
2014 – Hilton becomes the first hotel company to live stream a concert on YouTube.
2016 – Hilton now has hotels in 100 countries and continents.

If you need to recharge your batteries on a long trip, look for Hilton Hotels. You know hat you’ll get a comfy bed, a decent shower and your own room. Sometimes, you need these little luxuries on a backpacking trip! 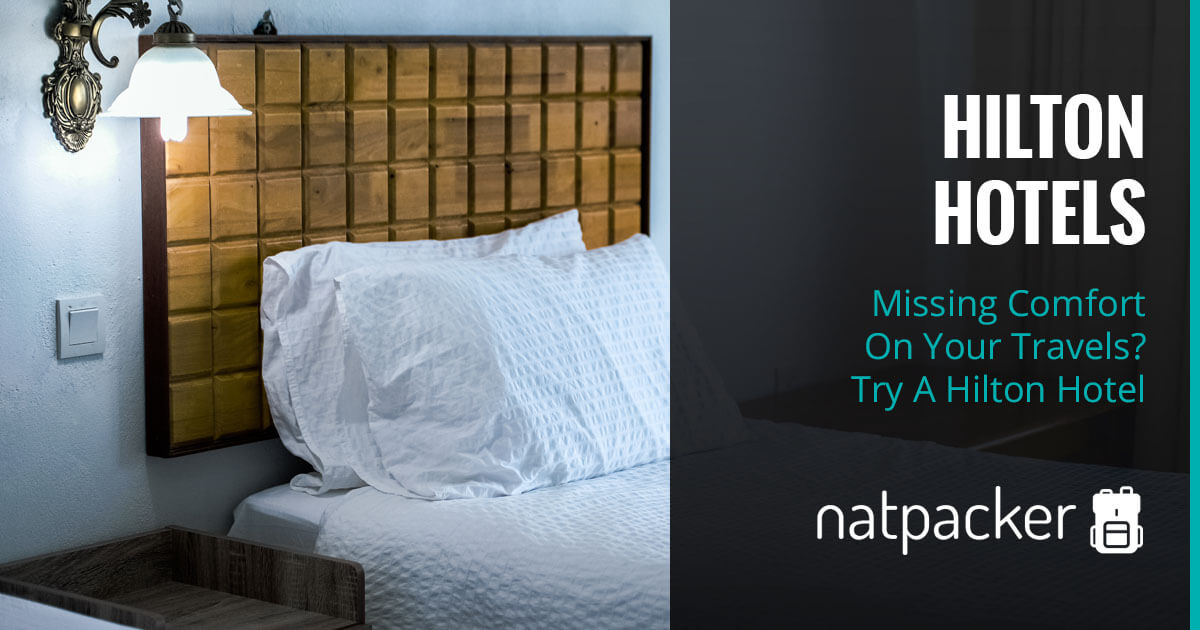