Me and Dave wanted to do something big. We’d been together for 10 years in February 2015, so wanted a big adventure to celebrate. We toyed with the idea of Venice, Rome, the usual ‘romantic’ places. But realised we didn’t want that cliche, we wanted bigger. So why not tick Kilimanjaro off the bucket list? And this is what we decided.

I couldn’t believe the amount of routes there was to choose from! I spent days researching them all, checking which ones would tie in with our ‘anniversary’. But finally, we decided on the Machame Route. The trip was 9 days (including arrival and departure day) so we’d have 7 days on the mountain. 5 and a bit days up, then 2 days down. Climbing a slower route, like this one, allows your body to adjust to altitude a little easier than faster routes. Also, with this route you ‘climb high, camp low’ another way to allow your body to adjust better. Determination can only get you so far when altitude sickness is a possibility!

Another reason we decided on this route was because we would start the final ascent on the day we’d been together for 10 years (although we wouldn’t technically summit on our ‘anniversary). You summit during the night on all routes, starting at around 11pm.

We booked the trip using Intrepid. With Intrepid we were able to hire sleeping bags free of charge, which was great. We then had to get our flights separately. Then insurance on top. But we had insurance with our bank accounts, sorted. 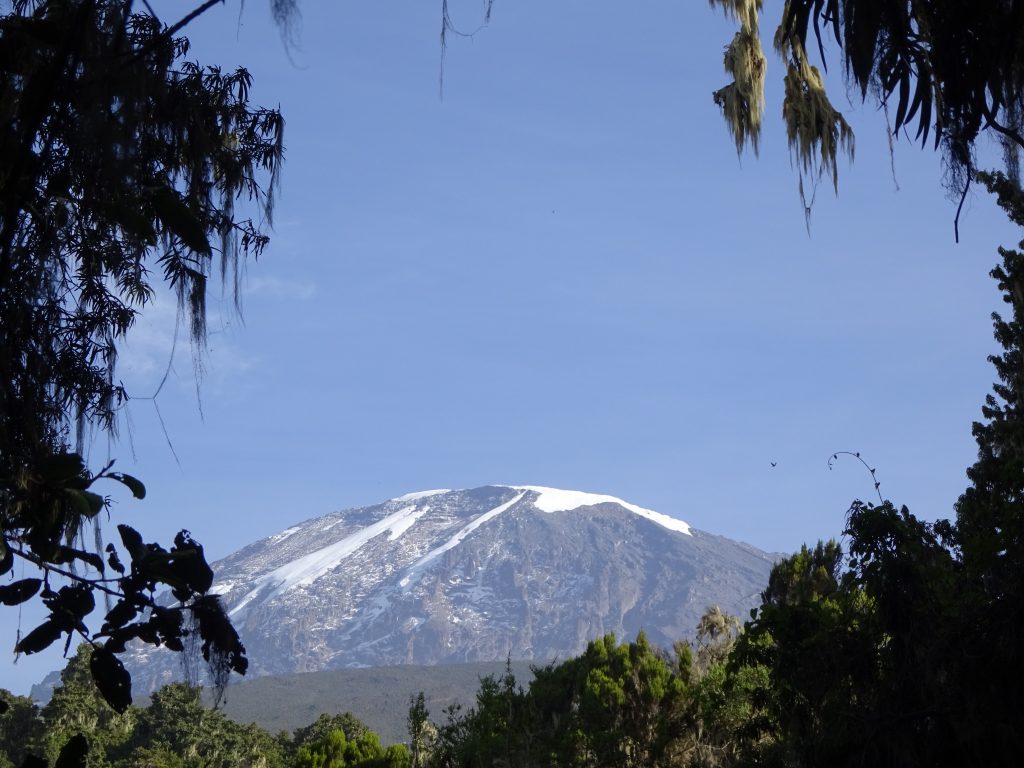 Next job was to look at what was recommending to bring. And wow. We were a little stunned! We do a little walking, but nothing like this before. The list was impressive. It went through clothes, medications, sleeping gear and more. We knew how having the wrong gear can ruin a trip like this, so we paid attention.

We missed a few things off, like wet wipes. And ended up with fewer winter trousers, but overall, we felt very prepared. It took a few trips to a few outdoor shops though! With clothing, walking boots, gaiters, sleeping mat, sleeping bag liner, head torch and even base layers. I now love base layers and merino wool – should’ve had these on my gap year!

I’m glad sleeping bag hire was free – I wouldn’t have wanted to make a mistake and get one that didn’t keep me warm on the mountain! We could’ve hire a lot extra, in fact pretty much all the clothing, but we didn’t. We planned on using the equipment again!

Me and Dave aren’t exactly unfit, but not exactly super fit. And living together, staying still had taken a bit of a toll on our fitness levels. So we did a bit of physical preparation. Not loads though! Although we’d booked fairly in advance, for us, about six months, winter was slowly creeping in. Which meant any day hikes we did, we wouldn’t have much light. So we’d have to get there at first light and be done before dark!
Our nearest ‘big’ mountain is Snowdon. So we climbed Snowdon, using different paths, on three separate occasions. We did the Llanberis path, the Pyg and Miners Tracks and the Watson path and South ridge (although we got completely lost on the way down the South ridge). On one occasion we stayed over in Betws Coed for a couple of nights, climbed Snowdon one day and went to the Devil’s Kitchen the next day. During some of the first climbs I realised that I really needed new walking boots and in later climbs were really appreciated the base layers, merino wool and warm clothing!

On Top Of Snowdon – In Preparation For Kilimanjaro

We are also near the Peak District. So we took a couple of trips to Kinder Scout (Dark Peak). Although we got completely lost on both occasions! I think our map reading skills leave a lot to be desired… Good job we get guides on the Kilimanjaro trek!

All that was left was the important bits! To enter Tanzania you need a Yellow Fever vaccination, with a certificate to prove it. I’d had mine a few years ago, but had lost the certificate. So I had to pay for a reprint. Luckily I didn’t have to have the injection again! Although I did need a top up of Typhoid… 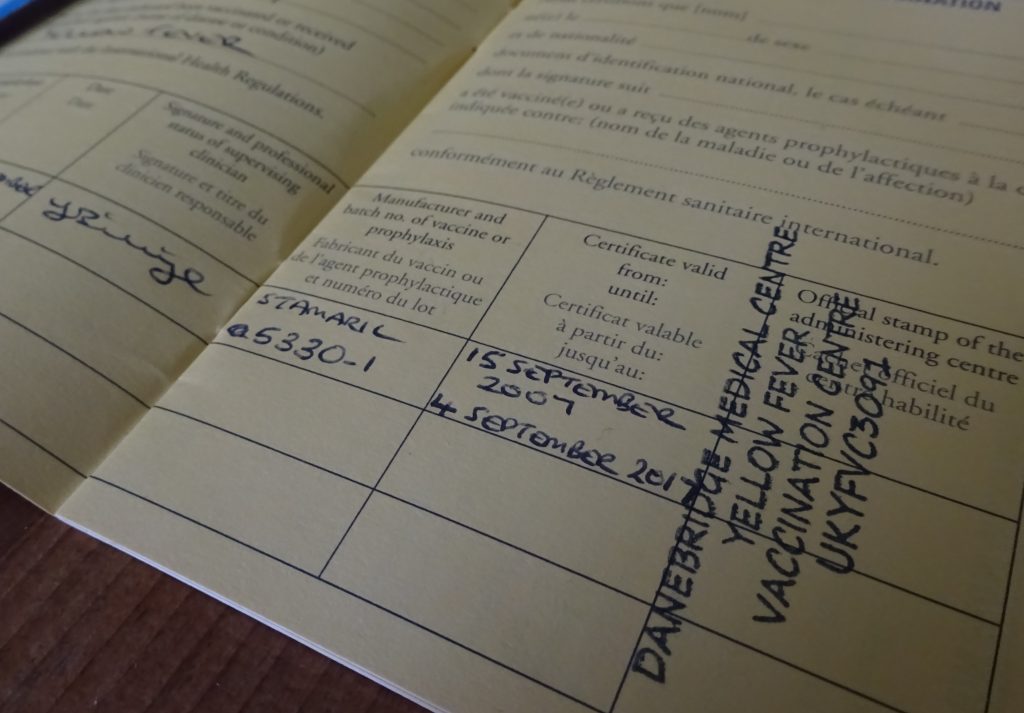 The advice on the Intrepid Itinerary was to bring Malaria tablets and ask about Diamox (which helps with altitude sickness). Being paranoid and not wanting anything to stop us making it, we got both. Diamox was a little difficult to get, I guess it’s not asked for a lot at my doctors!

We also had to take water purification tablets. And I took rehydration sachets too.

Visas And Problems With Insurance And Money

Visas to Tanzania from the UK are easy. We could buy them on entry. Nice and easy. Less easy was sorting out the currency needed. I even rang the intrepid helpline and got very little help! The itinerary said to bring US Dollars, but Tanzania use Shillings. I was a little confused. Turns out Tanzania have what is called a ‘closed currency’ so you can only exchange it there. We just took our GB Pounds. Which wasn’t the best, they prefer US Dollars to exchange there…

You know I said we had Travel Insurance with our Bank Account? Well we discovered that it didn’t cover us for the whole of Kilimanjaro – they only covered treks up to a certain altitude! Luckily we discovered this with enough time to get insurance to cover us. We went with World Nomads.

So, we had all our hiking clothes. All our equipment. Our flights booked. All our jabs. Our insurance was sorted. We were ready to go. And eagerly awaiting the day when we would fly to Tanzania to climb Kilimanjaro!

Go to My Kilimanjaro Adventure Day 1 for more! 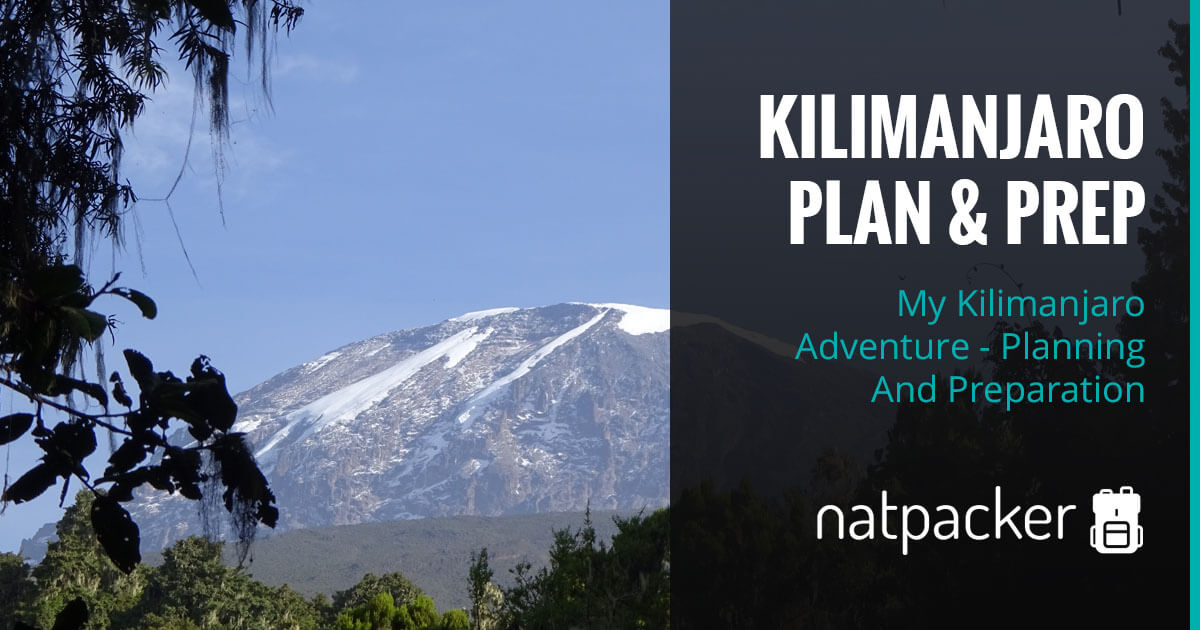