After a stupidly long flight of 17 hours and two transfers. One of which was in Doha Hamad Airport, which had some very bizarre art about the place… And was massive! Anyway, so after airport and planes and practically an entire day of travel, we finally arrived in Tanzania. And here is what happened during My Kilimanjaro Adventure Day 1.

We had booked a taxi to the hotel via Intrepid. But first we had to get through customs. This was a lot quicker than I thought and easy. Considering we had to buy our visa there, very easy. So we got our passports stamped and went to look for the taxi.

The taxi driver was easy to find and there were two other people who came off our flight who were sharing the taxi. The were on our Kilimanjaro trip too, Gemma and Paul. So we got to know each other a little on the journey to the hotel. 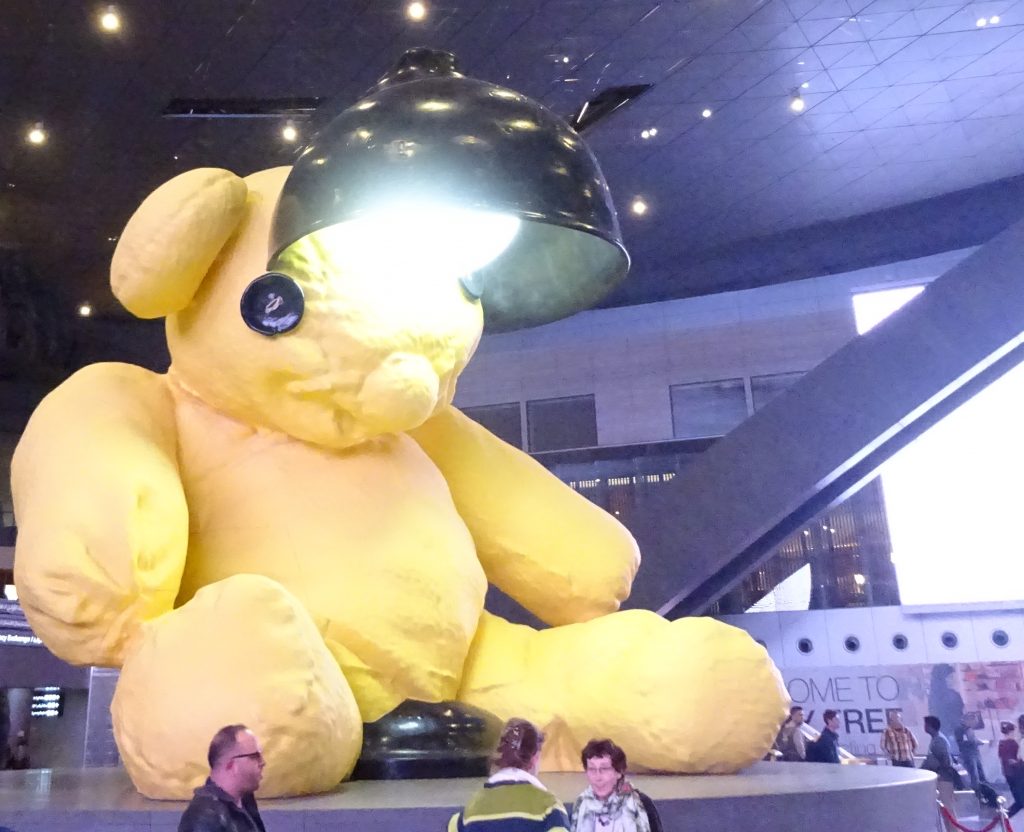 We arrived at Kibo Hotel in Marangu and all got checked in. The hotel was very quiet. But it was nice enough, ex-US President Jimmy Carter stayed here, which the hotel likes to boast! There was also a bit of information about the area, Marangu actually means ‘place of water’.

The four of us decided to freshen up and meet in a couple of hours to head into the nearby village. As the briefing wasn’t until 6pm. There were also meant to be three more people in the briefing.

The room was basic, nothing special, but clean and that’s all you need really. Gemma was in the next room and we met again when out on the balcony. We had a little problem with the shower, there only seemed to be cold water. I’m terrible with this, I hate cold showers, even in hot climates.

The four of us met in the reception and made the short walk into the village. Before heading down though, me and Dave had to change our GBP to Shillings. The hotel reception was able to do this, but it was complicated. They had to be changed to USD first. We should’ve just got USD, as most places actually accept them anyway…

The village had a market and was quite busy. Since we only had a little over an hour we decided to find somewhere to have a drink. So we found a bar and had a drink and chat. We talked about what we were expecting from the coming days, how prepared and nervous we felt. We were drinking a local beer that was obviously named ‘Kilimanjaro’. For me, Dave and Paul it was the first group trek we’d been on, Gemma had done the Inca Trail previously.

We headed back to the hotel for the briefing. There was another girl waiting, Jo. The guide came and introduced himself, Faraja, before taking us up to a private room. Faraja did the briefing with another guy, whose name I can’t remember, who was from the head office in Nairobi. This other guy, came across as pretty useless… He gave the great advice of keeping camera batteries close to your bodies to help them retain charge. I see where he was coming from, but doubt it would make that much difference! But Faraja was great!

They went through lots of different things. Firstly, our group was now smaller, as the other two could no longer come. So it was just the five of us. They also told us that there is no point taking malaria tablets as we’re too high for mosquitoes and they can have bad side effects. Me and Dave ignored this, as we can be a little paranoid where our health is concerned. And we have had to use malaria tablets before and know we don’t get the side effects. 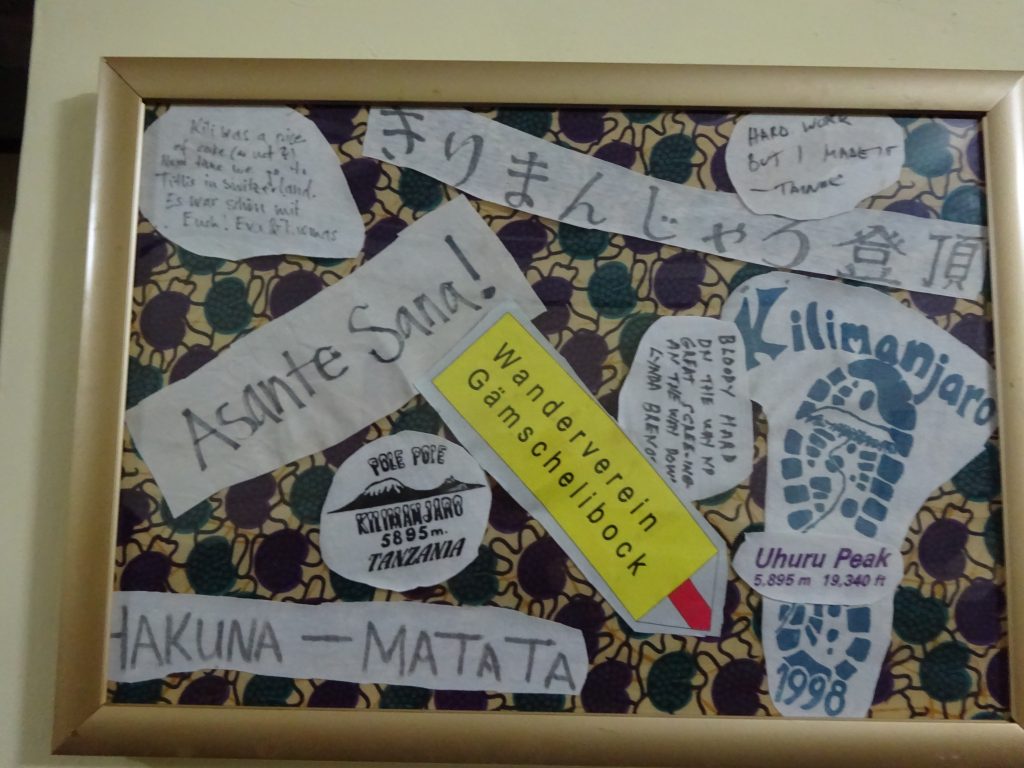 We were also told not to take the Diamox unless we had too. These can have bad side effects and since we climb high and camp low, our bodies should adjust. Our doctor had told us to take them after reaching a certain altitude. Me and Dave decided to listen to Faraja on this one though, since the doctor wasn’t keen on giving them us full stop and they don’t prevent altitude sickness, just help with the symptoms.

There was a little worry when Faraja said that no plastic bottles were allowed in the National park. As we had brought plastic bottle, reusable, not bought with water in. You know what I mean? These were Ok.

The sleeping arrangements caused a little mix up too. Jo had paid a single supplement, meaning that she got her own tent. So they wanted to put me and Gemma in a tent, Dave and Paul in another. However, me and Dave obviously wanted to be together. We explained and Faraja was fine with it, it just meant an extra porter and they don’t put different sexes in the same tent unless you know each other. Makes sense really. But I would’ve thought as me and Dave booked together we’d automatically be in the same tent.

Then Faraja went through who had hired sleeping bags (all of us). He also recommended we hire an extra water bottle and some walking poles. Since there was only a small charge, we decided it’s better to be safe than sorry. Even though we each had two water bottles of a litre each and I hate walking poles. But, better to have and not need I guess!

Faraja also gave us some interesting information. He told us that ‘Jambo’ the word for ‘Hello’ in Swahili, comes from a mix of words from different languages. All the tribes have their own language, all of which are still used. So everyone speaks their tribes language and Swahili. Many like Faraja also speak English (and very well I might add).

The End Of The Evening

The meeting all over and times for starting the journey the next day all sorted. The five of us went to the dining room for dinner. There was another couple eating, so there were others in the hotel! We got chatting to them as we were eating. The were exploring the area and wished us luck with the climb. 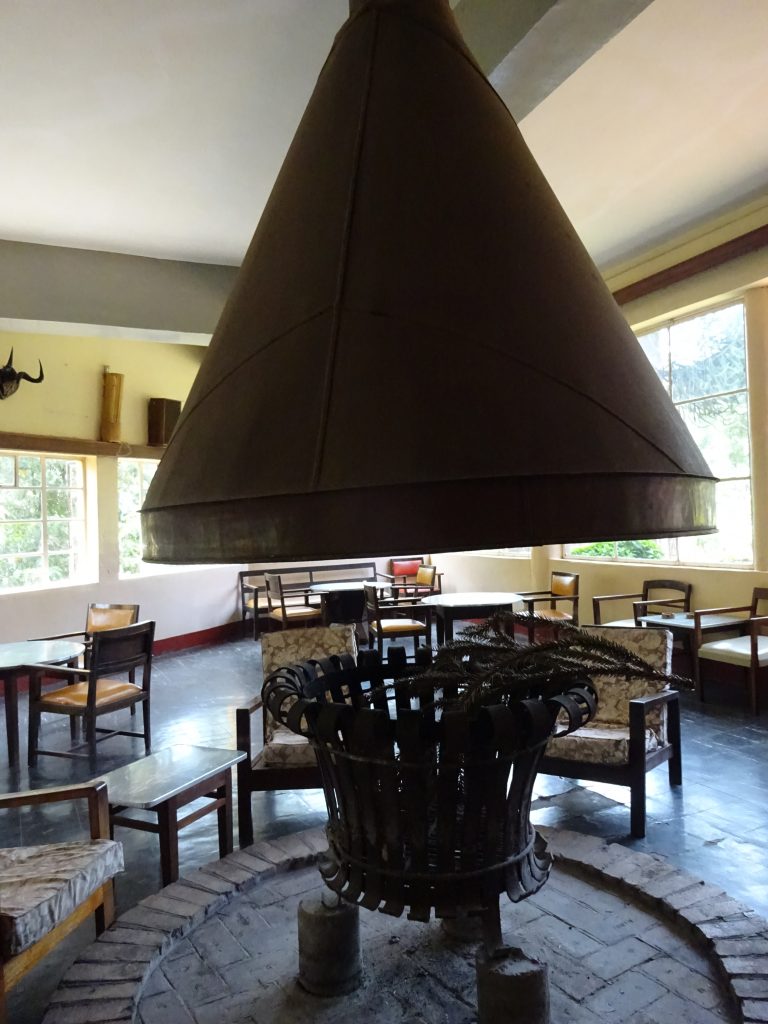 The Main Bar Area Inside Kibo Hotel – Cant Imagine This Fireplace Gets Much Use!

I have no idea what dinner was, but it was very good. There was definately rice and some meat stew thing. And there was lots of it! The staff were really nice too and very attentive! After food it was up to bed to ensure we were packed and ready to go the next morning. We’d been told to leave valuables, such as passports and anything we don’t need in the safe in the hotel, so we made sure these were separate.

Sleep didn’t come easy, as I anticipated the next day’s adventure! 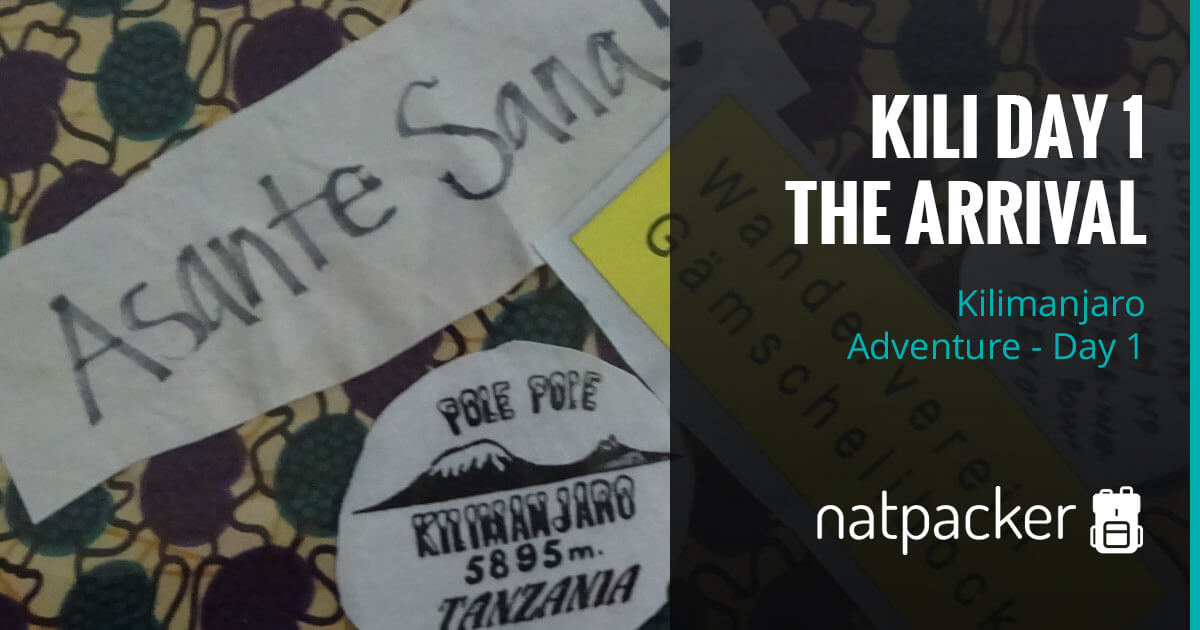