Loch Fyne Oyster Bar and Restaurant are world renowned for their amazing oysters and other seafood. On the shores beautiful of Loch Fyne, the company sells globally to Michelin starred restaurants and prestigious retailers. Visit the original Restaurant and Oyster Bar to get a feel of what they are doing. There is also a deli alongside the restaurant. At Loch Fyne they have sustainability at the heart of their business and pride themselves on the sustainability, quality and the source of their products.

Behind the fishing and catching of seafood at Loch Fyne is a respect for the creatures that they catch. They strive to have a neutral impact on the environment in their work and even strive to have a positive impact on the surrounding landscape. There philosophy is encompassed in a Gaelic saying “Nach Urramach an Cuan” which translates as “How worthy of honour is the sea.”

Because of their drive to be sustainable, Loch Fyne have partnered with The Scottish Salmon Company to develop best practices on the Loch. On the Loch a number of different species are farmed to create a balanced ecosystem. The farming practices were developed to benefit each specie and the environment.

Loch Fyne also strive to retain strong bonds with the local community. They use local producers and recruit from local areas.

The History Of The Loch Fyne Oyster Bar And Restaurant

Here is a brief history of the Loch Fyne Oyster Bar and Restaurant:

1978 – A local landowner, Johnny Noble, and a marine biologist, Andy Lane, developed and started an oyster farm. Their first sales took place in a shed on the A83.

1990s – During the 1990s the Loch Fyne Mussel Farm started up and began production. The Loch Fyne Restaurants began as a separate company and two Restaurants were also opened below the Scottish borders. During this decade a Loch Fyne Food Fair also took place.

2000s – During this decade the business began to develop and expand. The business now includes major airline companies and began to cater for events.

2010s – There is a major refurbishment at the original Oyster Bar, Restaurant and Deli and new products are introduced. Loch Fyne also launch their Integrated Aquaculture Project and receive the Queen’s Award For Excellence in international trade. 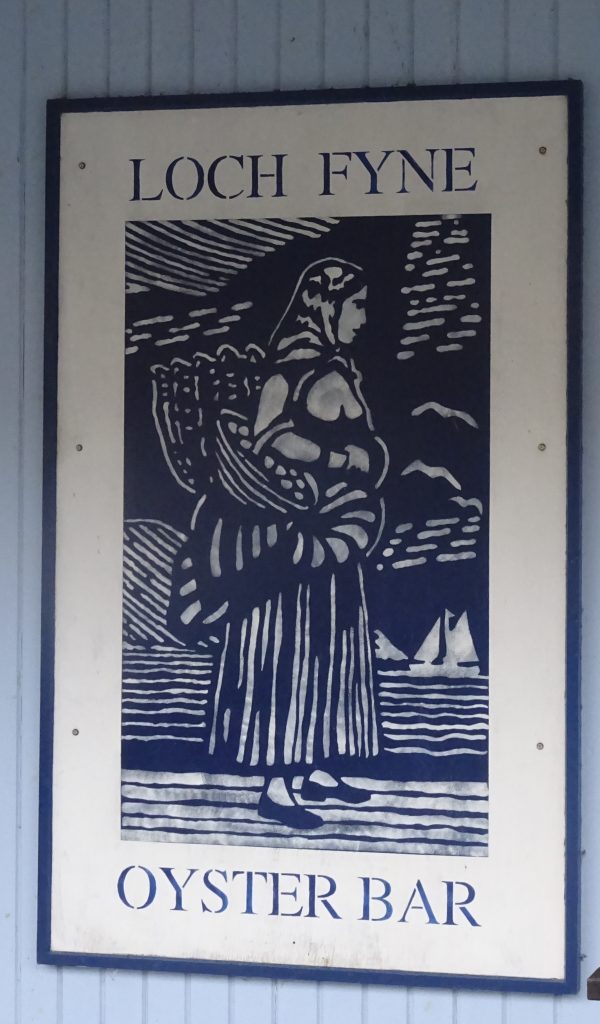 There are a range of fish and shellfish that can be purchased, either in the restaurant or deli. From fresh salmon to mussels there’s something for everyone to try.

Salmon – The salmon can be purchased smoked or fresh. The salmon is sourced from the loch itself as well as other deep sea lochs on the west coast of Scotland and the Scottish Islands. Traditional methods are used to dry cure the salmon on the premises.

Other Smoked Fish – Smoked fish is sourced from the best producers that only supply quality fish from sustainable stocks.

Oysters – Oysters are grown at the head of Loch Fyne and different species are sold depending on what is available. There are also partnered growers elsewhere.

Langoustines – Local fishermen that fish the upper reaches of the Loch supply langoustines. A traditional creel method is used to catch them.

Mussels – Mussels are rope-grown in Loch Fyne and at a farm on the Isle of Lewis. The mussels grow natural on almost 200 miles of rope, ensuring a steady supply.

The menu at Loch Fyne is drawn up every day, depending on what is available. Freshness is the key that makes Loch Fyne so renown. But favourites are generally available, such as Crispy Oysters With Horseradish and Smoked Haddock Chowder.

The simple, clean menu make Loch Fyne a gastronomic icon. They rely on the freshness and quality of the food that is served to do the talking.

You can sample breakfast, starters, mains and desserts. If you want a taste you can purchase an oyster selection at the bar or there are other tasters such as ‘fruits of the sea’ and crustaceans. The deli counter is a great place to treat yourself to a picnic, some Scottish flavours to take home, or even pick up gifts and souvenirs. Here you can choose from fish, pies, cheeses and olives to name just a few. It’s a great place to stop on a Scottish Road Trip! 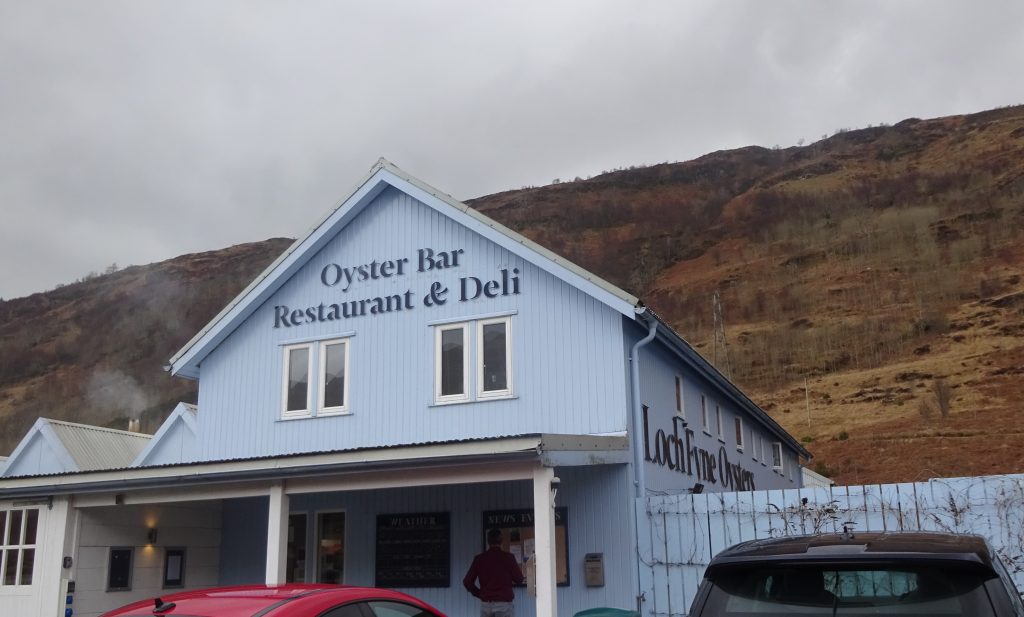 Fancy visiting? Check out Tripadvisor for nearby accommodation.