The ruins of Peveril Castle loom over the town of Castleton in the Peak District (which is incidentally where the town gets its name from). Peveril Castle was originally named Peak Castle. The castle is owned by English Heritage and is one of the earliest Norman Fortresses. It is even mentioned in the Domesday book in 1086. The ruins are also a Grade I listed building and a Scheduled Ancient Monument, which means that it is ‘nationally important’ and so is protected against any unauthorised changes.

A steep climb takes you up to the visitor centre and entrance. Displays tell of the castle’s history. Climbing further you realise just how strategically the castle is placed! But you are rewarded with amazing views of Hope Valley and the surrounding countryside.

Peveril Castle was first built by William Peveril (who it is rumoured was William the Conqueror’s illegitimate son). William the Conqueror, after his victory in 1066, ordered a series of castles to be built around the country. It is thought that Peveril Castle was one of the first to be conceived. William Peveril was given the title of ‘Bailiff of the Royal Manors of the Peak’, which basically means that he was the King’s Agent for the Forests of the Peak.

The castle was built in 1080. It is believed that the site was chosen for it’s strategic location, being easily defendable and pretty hard to access. The castle was originally built using wood, which was later updated to stone. Unfortunately, William Peverils’ son (also William) became ‘too independent’ for the king (Henry II). In 1155 King Henry II confiscated the Peverils’ estates. Since then the castle was owned by the Crown and later the Duchy of Lancaster.

Henry II visited the castle on several occasions, mainly to hunt. However, in 1157 Henry II met King Malcolm of Scotland at Peveril Castle, records show that a vast quantity of wine was consumed on that occasion! 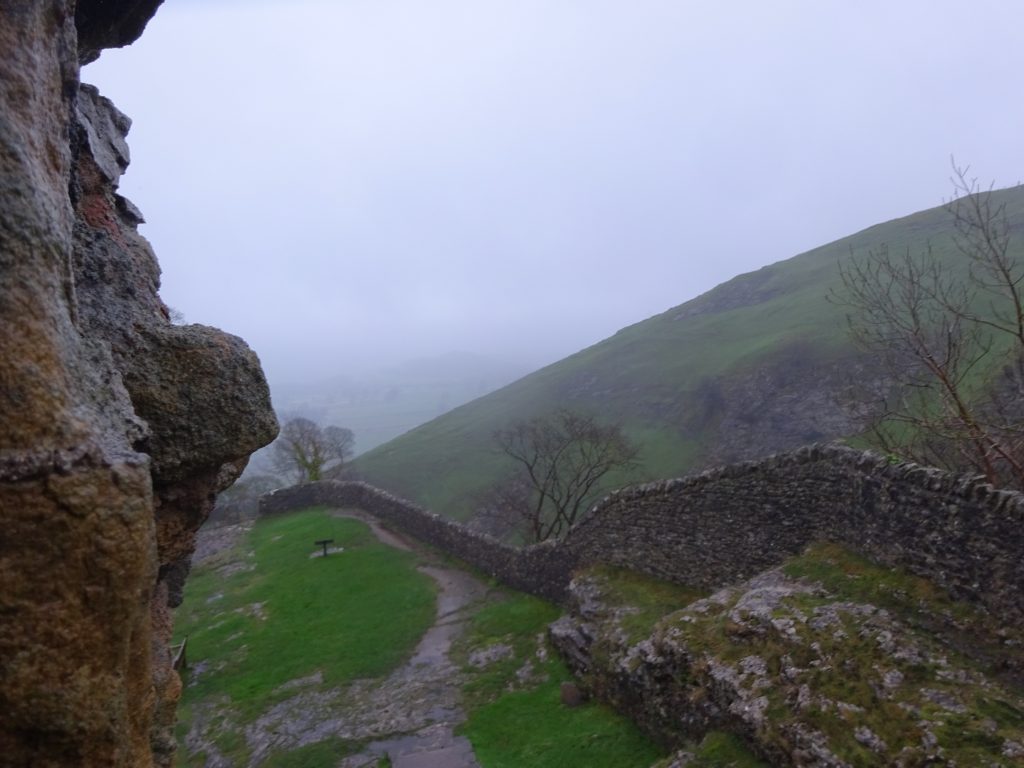 Looking Out From The Keep At Peveril Castle

After the Tudor times, in roughly the 17th century, the castle was considered too uncomfortable to live in and so began to fall into disuse. In time apartments were demolished, only the Keep was left alone, to be used as a courthouse. But even this was abandoned eventually.

In the early 19th century the Duchy took responsibility for the degraded castle. And repairs and reconstruction works were started. The castle is now in the care of English Heritage and open to the public.

To visit the castle you must first conquer the steep climb to the entrance and visitor centre! This was not the original approach, which zigzagged up Goosehill and approached along the ridge above Cavedale. Peveril created a moat in this ridge which had a wooden bridge across it. Unfortunately, this bridge was never replaced.

If you plan on exploring this part of the Peak District on foot, you’ll want the Dark Peak Area Ordnance Survey Map 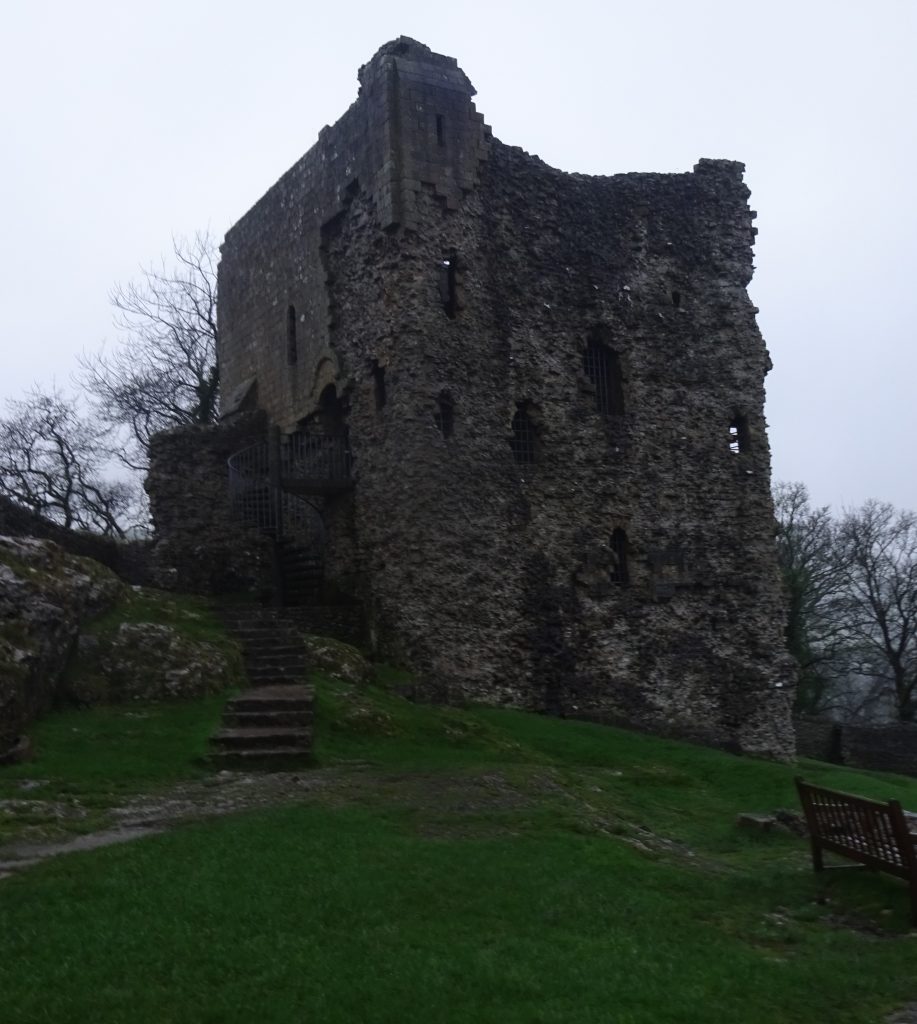 Once you succeed the climb you enter the remains a 12th century gatehouse. Going through the gatehouse there are displays that tell of the castle’s’ history and use. Then you exit into the main courtyard.

In the main courtyard you can trace the remains of the curtain wall, which was constructed by the Peverils. The curtain wall even contains Roman tiles which are thought to been taken from the ruins of the Roman Fort at Navio.

The main courtyard is dominated by the remains of the Keep. The Keep was once 60ft high and was built by Henry II in 1176. The keep is quite well preserved, the fine gritstone blocks that once covered the keep can still be seen on the east and south sides.

In the courtyard you can also trace the foundations of the Great Hall and kitchens, among other rooms. However, it is the view over Hope Valley and the surrounding countryside which is the ‘cherry on the cake’. 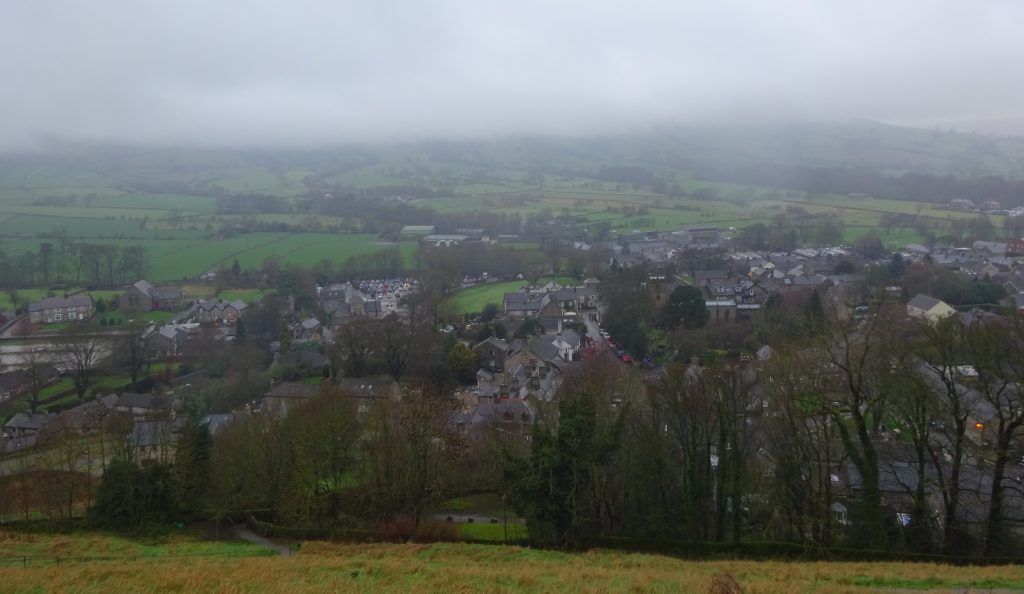 Visiting Peveril Castle is well worth the climb! Not only is the ruin rich in history, being one of the earliest Norman Fortresses in England. The strategic position of the castle gives an amazing view across the countryside!

Want to visit? Go to Tripadvisor to search for local accommodation. 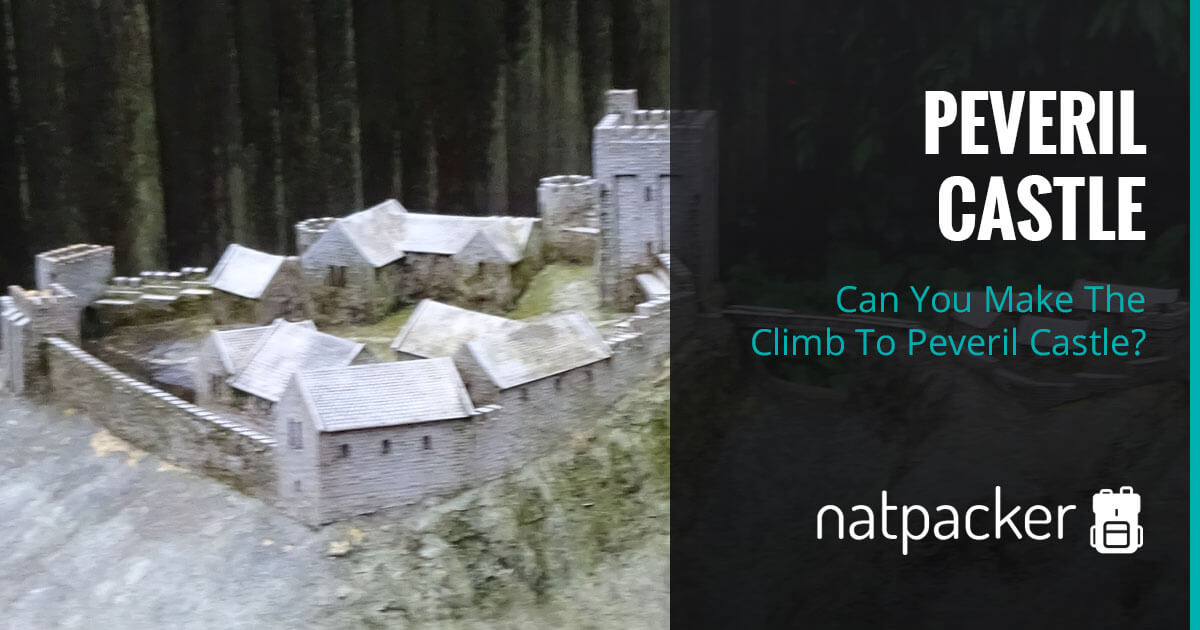