The Isle of Skye is mostly fossil free, as it is mainly composed of basalt rock. However, there are a couple of areas that have fossilised dinosaur footprints exposed. The main places you can see these are Staffin and Duntulm, as these areas are easy to reach. You can find fossilised footprints here as both places are on the coast and so have sedimentary exposures. Staffin Beach is one of the easiest places to find the footprints.

Staffin Beach is a small beach, with sand at one end and exposed sedimentary rock. The beach is called An Corran and not far from the ramp down to the beach you will find the dinosaur footprints. In Staffin there is also a museum where you can learn more about dinosaurs.

However, the footprints are covered at high tide and often covered by sand in the summer. The best time to see them is after a winter storm, when they are fully exposed. If you’re in the area it’s worth a try to see them though (as long as it is not high tide).

If you plan on exploring this area, grab an Ordnance Survey Map of Trotternish and the Storr so you can see all the walks you can do 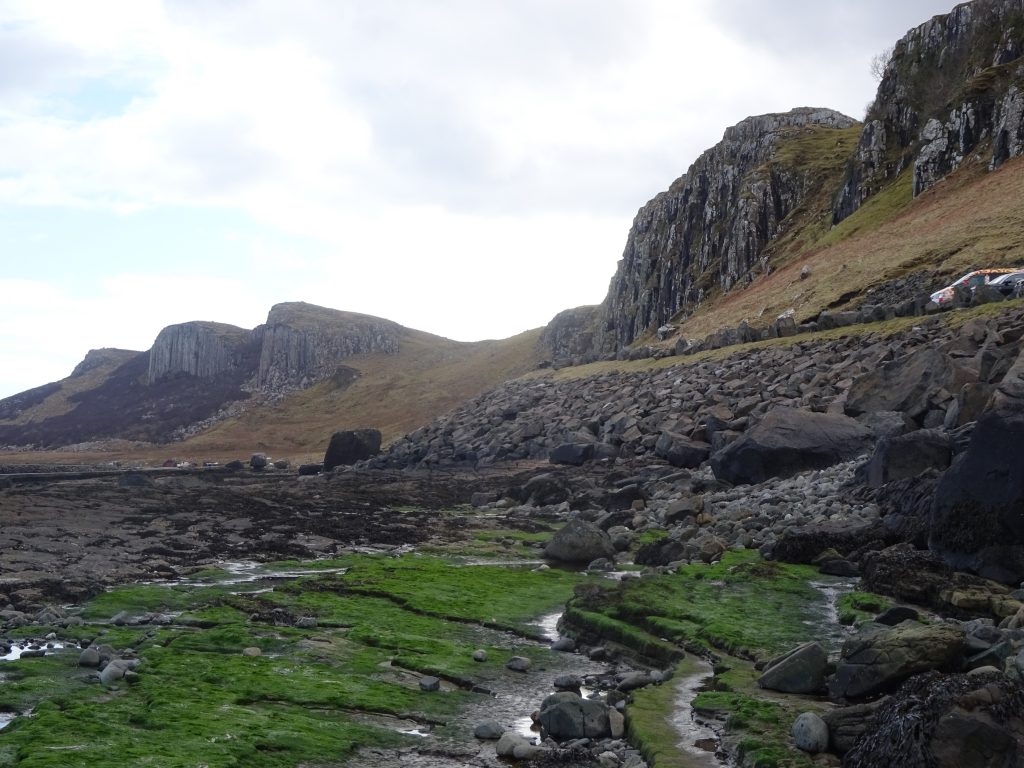 The Discovery Of The Footprints

The footprints were discovered in 2002 by Catherine Booth. She was out walking her dog one day when she came across a rock with what looked like a huge claw mark. She took this rock back to her husband, Paul, at the hotel which they run together.

As soon as Paul saw the rock, he suggested that they go back to the beach and look for more. After some time searching, they suddenly found what they had been looking for, and found 15 footprints in total! 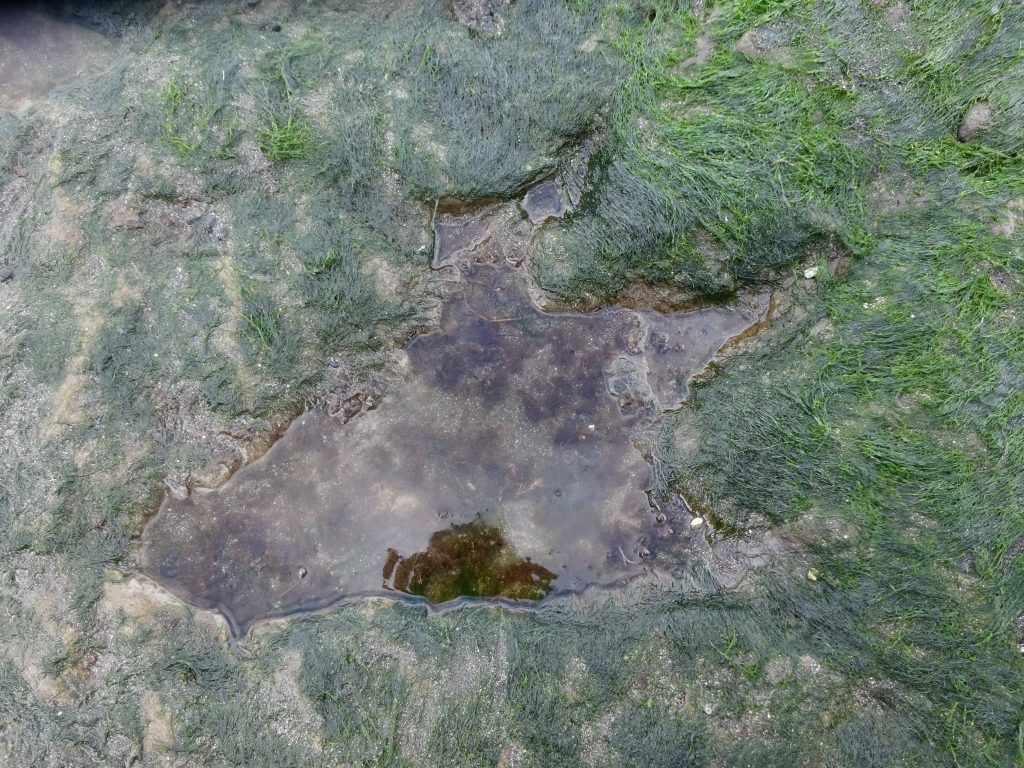 The couple then called in Neil Clarke, from the Hunterian Museum at the University of Glasgow. Neil Clarke confirmed the significance of the find and mounted a scientific search for more.

Each footprint has three massive toes and are among the largest footprints to be found in Scotland. They are even in the original strata of rock that they were formed in, which is also significant.

The footprints were left by a family of dinosaurs about 165 million years ago. It is thought that they were Ornithopods, which were bipedal herbivores. These are the youngest dinosaur remains to have been found in Scotland.

Footprints of up to 50 cm have been found, which is the largest found in Scotland. It is believed that these larger prints were made by a creature similar to Megalosaurus.

There is a decent cluster of the footprints on a sandstone bed. They are not far from the ramp that runs down to the beach. 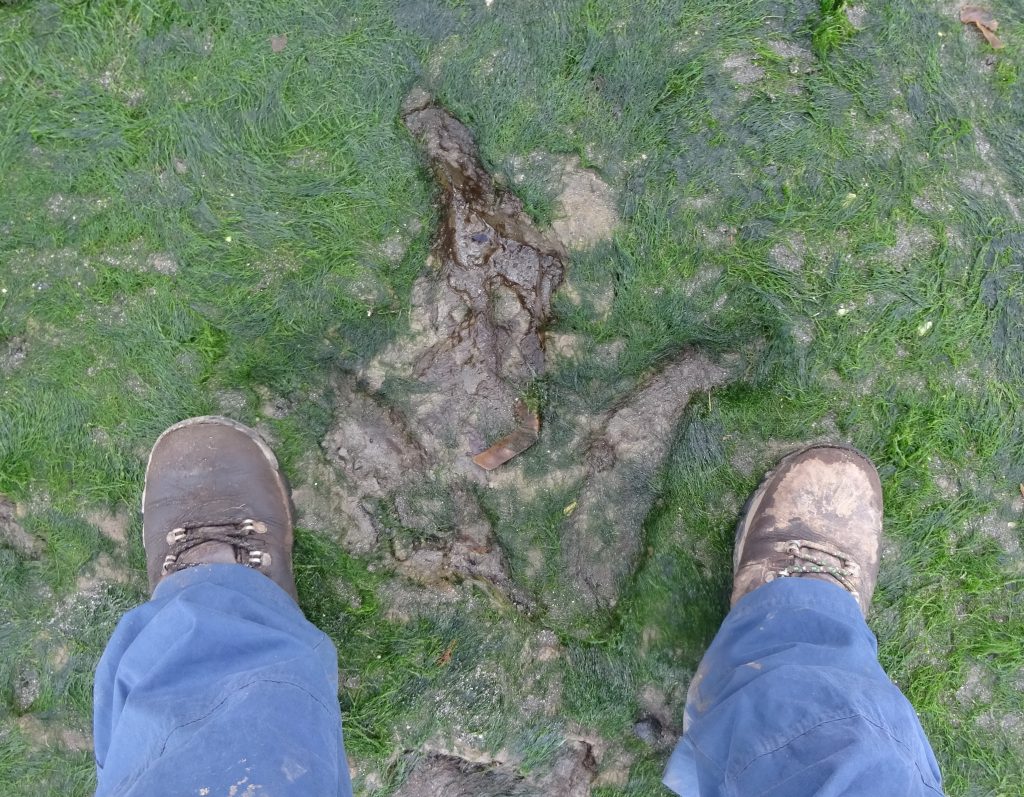 Whether you’re into dinosaurs or not, these fossilised footprints will take your breath away! It’s well worth a visit at low tide to find these ancient remains. Touch the prints and put your hands and feet inside them and realise just how small and insignificant we are! 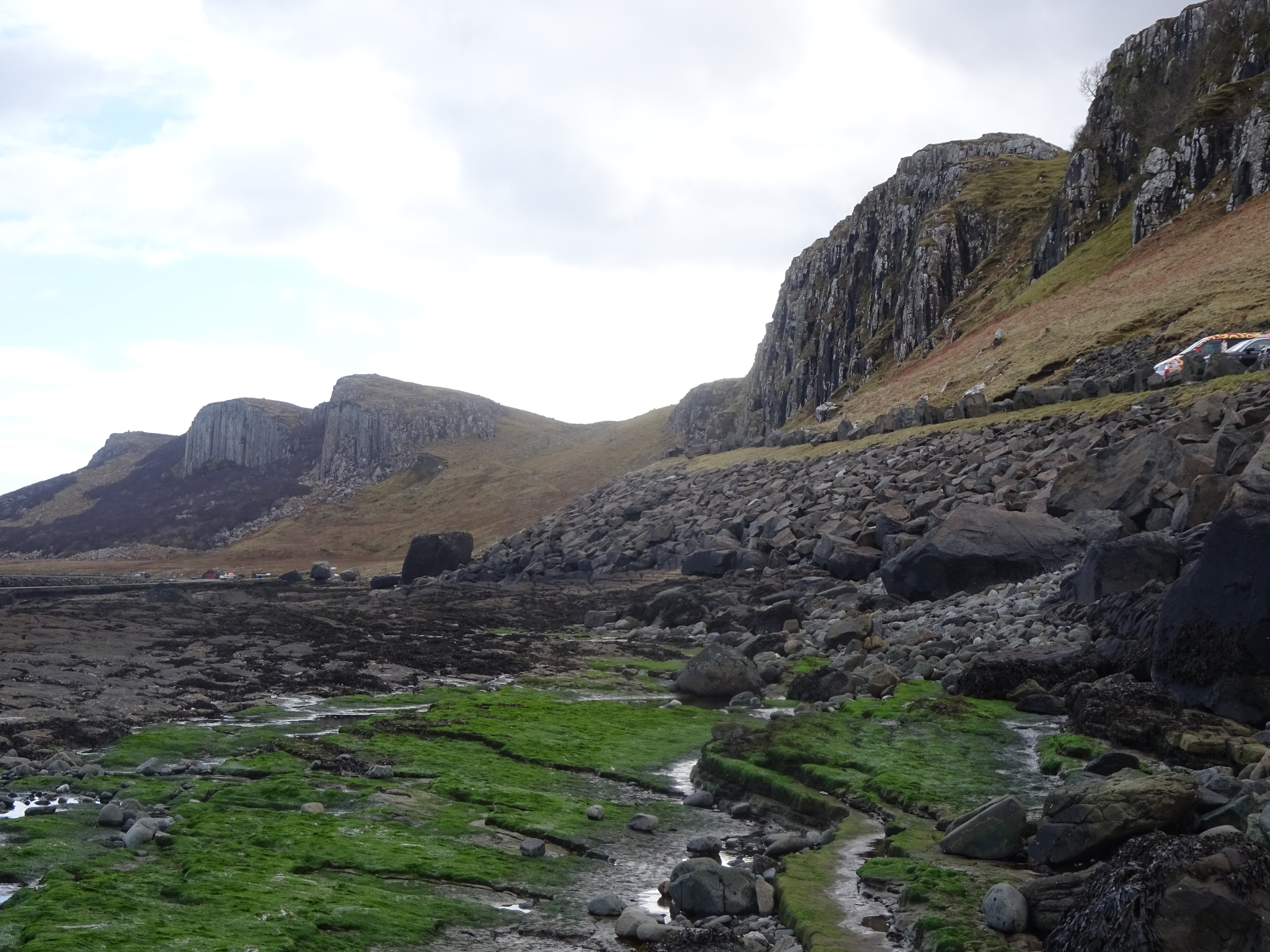