On the sandy Koekohe Beach on the Otago Coast, near Dunedin, you will find the Moeraki Boulders. These large, grey and perfectly spherical rocks have been a popular tourist attraction for years. Some are very large, over 2 meters in diameter! Their smooth skins with a distinctive pattern hide honeycomb centres, which can be seen in some broken boulders along the beach. This peculiar compelling phenomenon makes a beautiful scene, with the Moeraki Boulders scattered across the beach, at different levels of submersion.

Their perfectly spherical shape makes them a beautiful, natural spectacle. Even though some are broken up, this does not deter from the beauty of the Moeraki Boulders! A popular past time, is not to simply take a picture but to climb on and jump off the Boulders!

You can access the Boulders from two different points. Either from the gift shop/ restaurant which gives you direct access on a short private trail (there’s an honesty box for use). Alternatively there is a parking area a 300m walk away from the Boulders.

The Geology Of The Moeraki Boulders

The Moeraki Boulders formation began about 60 million years ago. Muddy sediment containing shell and plant fragments accumulated on the seafloor. The boulders began to form around a central core of carbonate of lime crystals. These crystals attracted minerals from their surroundings. The seafloor became the mudstone cliffs behind the beach. Erosion caused perfectly smooth Moeraki Boulders to fall out of the mudstone cliffs and on to the beach. More erosion caused the network of veins to be exposed on the boulders. The Moeraki Boulders ranged in size and some have a small void in the centre. 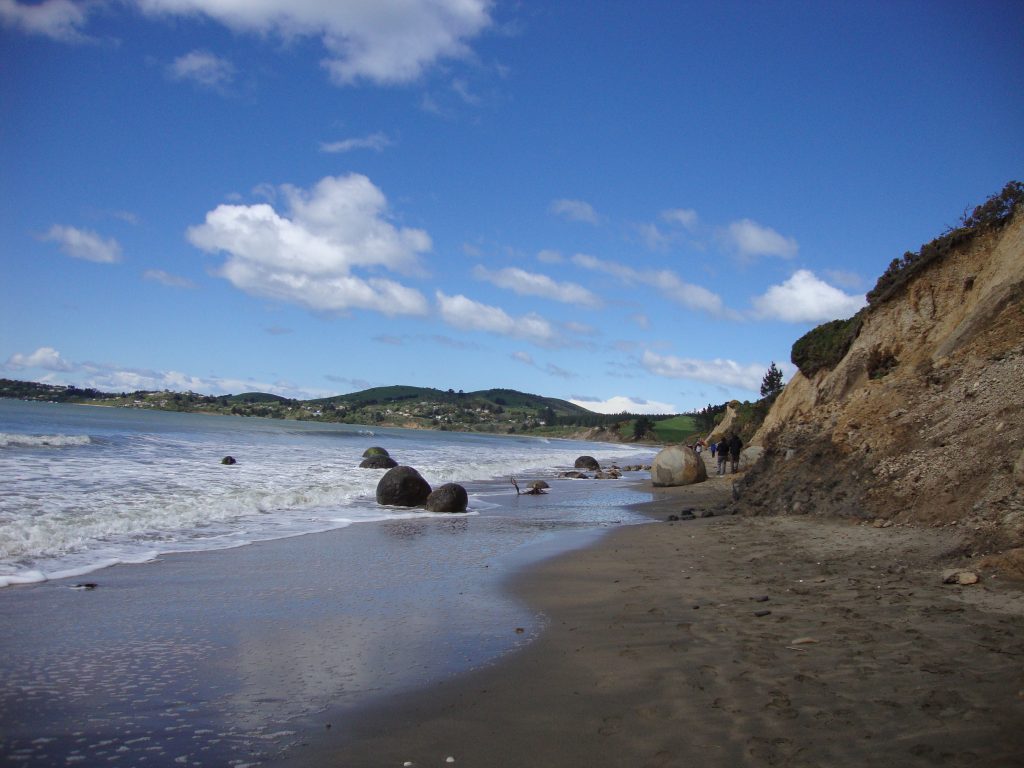 Now for the bit I find more interesting, the Maori Legend of the Moeraki Boulders! The Maori name for the Boulders is Te Kaihinaki, which means ‘food baskets’ or ‘eel pots’. It is believed that on a voyage seeking pounamu a canoe overturned at Matakaea (Shag Point). The canoe’s cargo of eel pots, kumara and gourds were washed ashore onto the Koekohe Beach. These items were turned to stone and therefore became the Moeraki Boulders! The more spherical boulders were the gourds (which were used to carry water) and the more irregular shaped rocks that can be seen further down the beach were kumura.

Here are a few interesting facts about the ‘Stonehenge of New Zealand’: 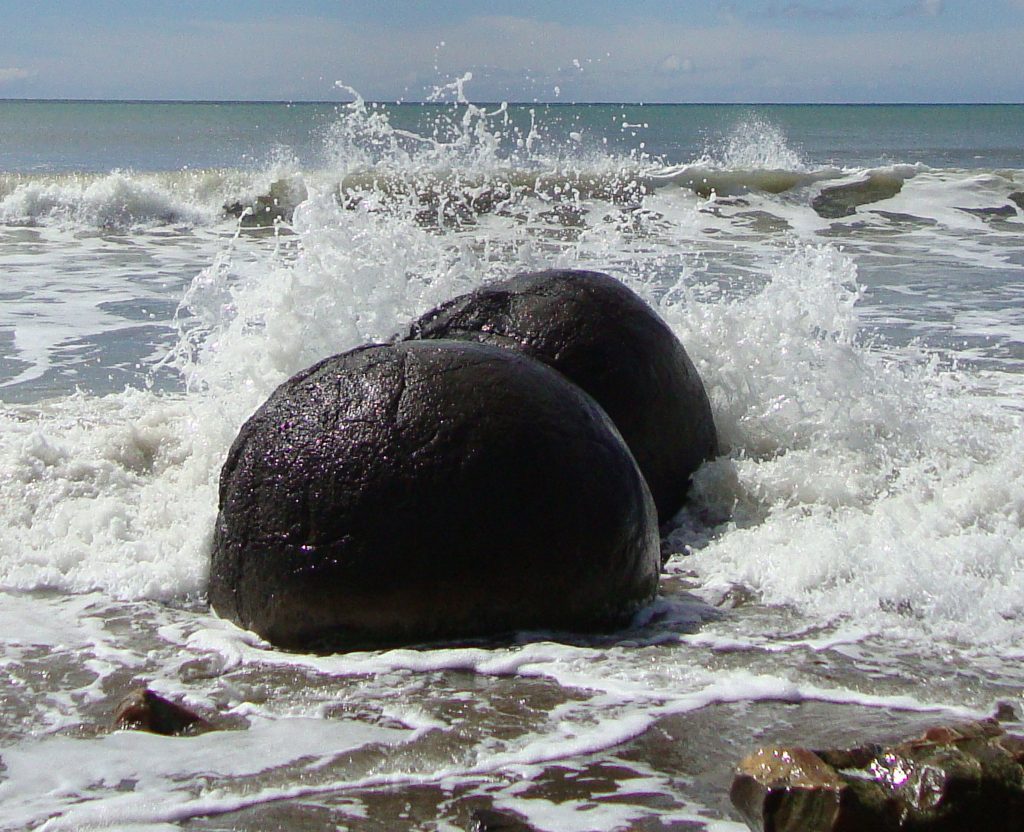 The Moeraki Boulders have long interested tourists, as they are perfectly formed and look beautiful on the beach at different states of submersion. A visit to the South Island of New Zealand should take time to see this phenomenon. It is a shame that so many have been taken before they had legal protection, but they are still breathtaking! Have a look inside broken Boulders to see the honeycomb structure!

Want to see the Moeraki Boulders? Check out local accommodation on Tripadvisor. 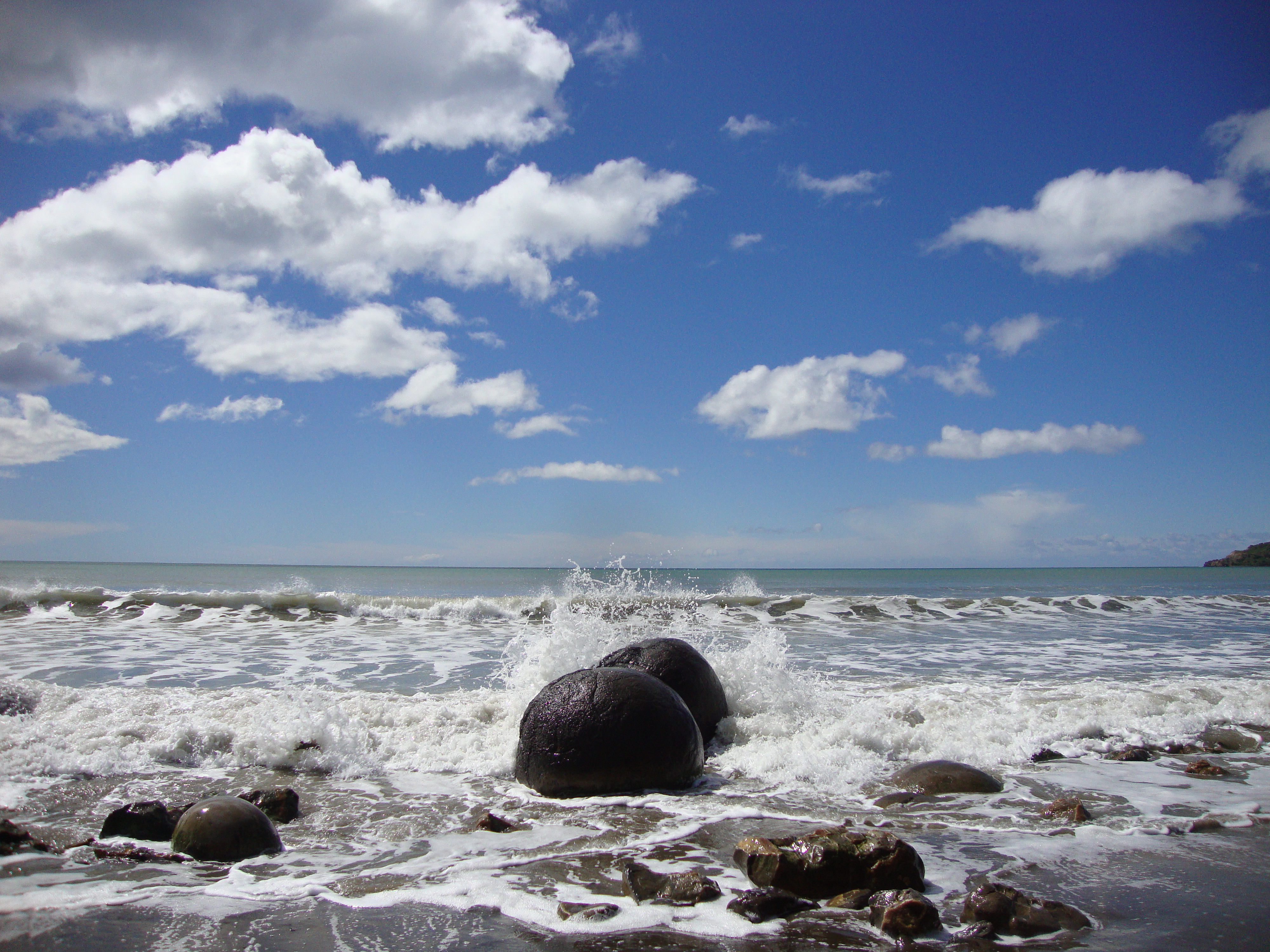