Start Point Lighthouse stands on one of the most exposed peninsulas in the UK. Located on the south side of Start Bay, near Dartmouth, this lighthouse creates a dramatic scene. Though the weather may not be the friendliest, this striking point is worth visiting on your trip to Devon.

The point was created during the Carboniferous Period. It was created by the metamorphosis of Devonian sediments during this period. The word Start comes from the Anglo-Saxon word “steort”, which means tail. An apt description of the bay.

The path along Start Point to the lighthouse is part of the South West Coastal Path. The bay itself has an abundance of wildlife which can be spotted along the path. There are a number of seabirds and if you’re lucky you may spot a seal.

Along the path, you can spot the ruins of the old Hallsands village, which storms destroyed in 1917. You can also see the Day Mark Tower on the Dart Estuary and on a clear day, you can see along the coast to the Isle of Portland.

The point was a popular shipping route since at least the 12th century. From here ships once sailed to join the crusades, tea clippers started their journey to the East Indies and locals went to start a new life cod fishing in Newfoundland. However, the waters were hazardous.

Stretching out from Start Point are the Skerries (which comes from the Norse word Sker which means rocky reef). These skerries run underwater just off Start Point for about four miles in a northeast direction. When the water is low these skerries are just 2m below the surface and so posed a danger for ships. They also affect how the waves come into the bay.

Black Stone rocks also lie under the water. These create another hazard for ships. Between the rocks, the skerries and the strong tide that goes around the headland, the point was very dangerous for ships to navigate in the past, which is why the lighthouse was built.

The History Of The Lighthouse

Due to the increase of shipping, it became apparent that a lighthouse was needed on Start Point to reduce the risk of shipwreck. Suggestions for this have been found as far back as 1542, but because of conflict these plans were ruled out; it was feared that the lighthouse would help enemy ships. It wasn’t until 1827 that the shipwrecks had gotten so bad that an application was put in and accepted.

Start Point Lighthouse took forty men two years to build. And in 1836 the lighthouse was finished and flashed its warning for the first time. The tower is 92 feet (28m) tall and was designed by James Walker, who designed many UK lighthouses. 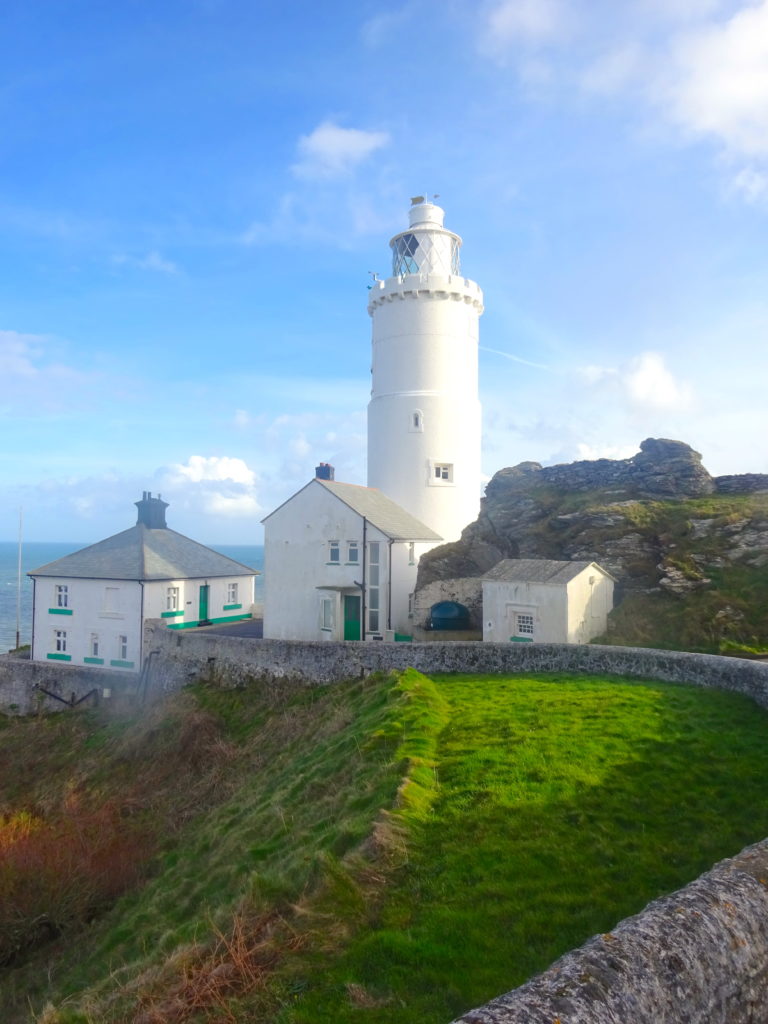 Originally the lighthouse keeper and his family had accommodation on the ground and first floors. But in 1871 new keepers’ houses were built to accommodate them. Families would grow their own vegetables on the cliffs and keep animals. They would also collect seabird eggs from nests along the cliffs. Extra supplies were delivered by the sea, until after WWI, when the road was improved. Because of this remoteness, it wasn’t a very popular post. The nearest shop was all the way in Hallsands, which was a walk down the coastal path. For children, the nearest school was a four-mile walk to Huccombe.

Warning Systems Of The Lighthouse

The most important part of a lighthouse is its warning systems. As that is the whole reason for its construction.

Start point Lighthouse originally had an oil lamp, which could be seen twenty-one miles out to sea. In 1959 this was upgraded to an electric light, which has a range of twenty-five nautical miles. It flashes three times every ten seconds and there is a fixed red light over the Skerries bank.

As light alone isn’t as efficient in fog, a foghorn is also used. Though originally, in 1862, this was a bell and sounded forty-eight times in a minute. In 1877 the bell was replaced by a siren, the bell now hangs in Plymouth Breaker Lighthouse. The siren was upgraded through the years, but in 1989 erosion caused the foghorn building to collapse. So an electric signal was installed in the gallery of the lighthouse. This emits a foghorn sound once a minute when required.

In 1993 the lighthouse was automated. It is now monitored and controlled from Trinity House Control Centre in Essex.

Despite the lighthouse at Start Point, shipwrecks still occurred. Although the lighthouse could warn of the dangers, sometimes sailors still could not manage to get around the headland.

The worst recorded shipwreck took place in 1891 during what was known as the Great Blizzard. It was on 9th March, at some time in the late afternoon, when the steamer Marana struck the Black Stone at full speed. There was a crew of twenty-eight, who all took to lifeboats, but only fine made it ashore. And two of those that made it to land died of exposure shortly afterwards.

Not even twelve hours later another shipwreck happened. The sailing ship Dryad was driven ashore and broken up within minutes. This ship had a crew of twenty-two.

The same gale also caused two schooners to be wrecked. In total the Great Blizzard took fifty-two lives along this short stretch of coast in just one day.

A slightly happier shipwreck story comes from March 1866. A southerly gale caused the Spirit of the Ocean to hit a reef 100 yards offshore and was driven onshore. A local, Samuel Popplestone, from Start Farm, rescued the survivors. He sent someone to alert the coast guard and, with the help of a rope, lowered himself down the cliff and managed to safe four men. Later, he was awarded the first Albert Medal for his bravery.

The lighthouse itself is only open from Easter to October, but you can visit Start Point (check out reviews here) at any time of year. 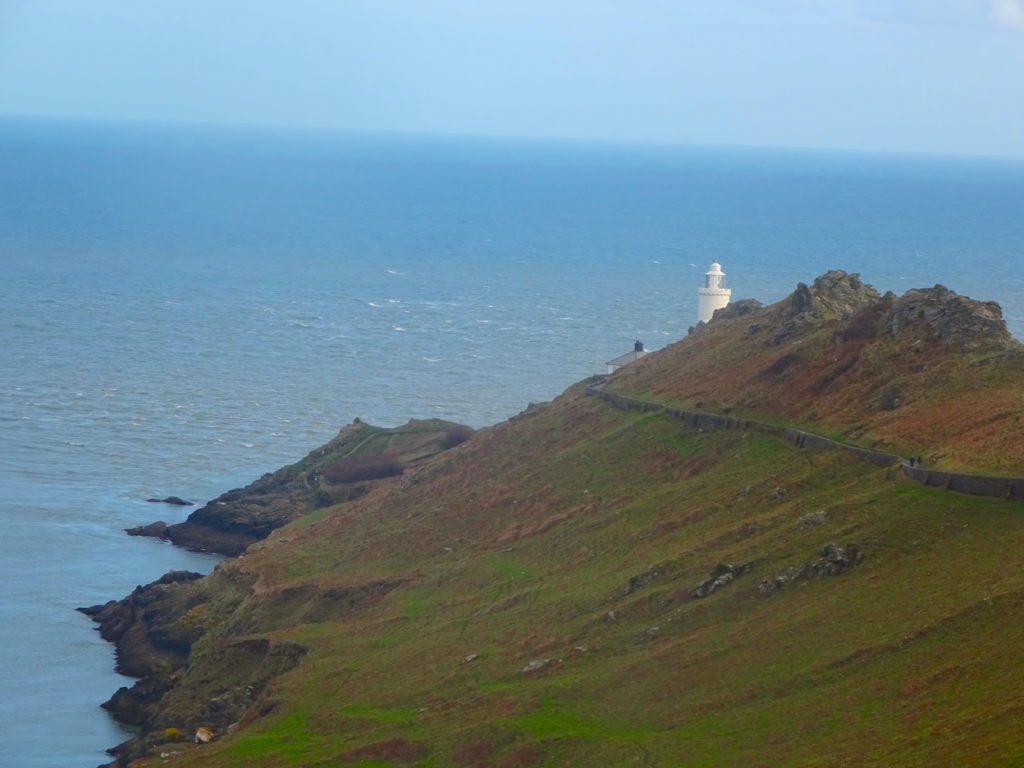 The Path To The Lighthouse Is A Fairly Easy Walk

If you want to tour the lighthouse, it is possible during the summer months. Tickets can be bought in advance or at the Visitor Centre, run by Trinity House. The tours last about 45 minutes. Updated prices and times can be found here.

When visiting Start Point remember that it is one of the most exposed peninsulas in the UK. Therefore it is important to dress appropriately. Even in summer be ready for the winds that can be strong and cold. Also, wear appropriate footwear as although the path is short and accessible, the winds and rain can make it slippery. 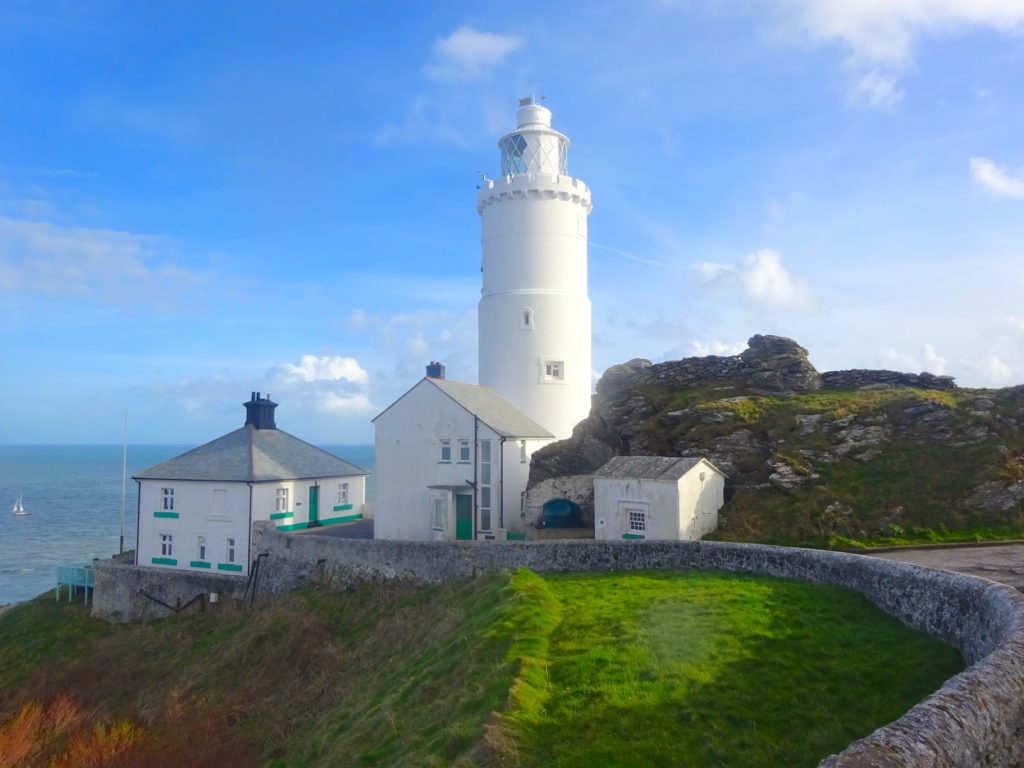 At The End Of The Path Is The Lighthouse

How To Get To Start Point

Unfortunately, there is no public transport to Start Point, the nearest town is Hallsand, which is then about a thirty-minute walk to the car park at Start Point. Because of this, the easiest way to Start Point Lighthouse is to drive (unless you are completing the South West Coastal Path, in which case it’s part of the walk).

The lighthouse is signposted along the A379, between the villages of Stokenham and Kingsbridge. And so it’s fairly easy to find driving.

If you’re planning a trip to Devon, going to the county’s most southerly point is a must. Start Point Lighthouse is a stunning location with incredible sea views.

Want to visit? Check out nearby hostels on HostelWorld. You can also find tours that take you to Devon on Get Your Guide. 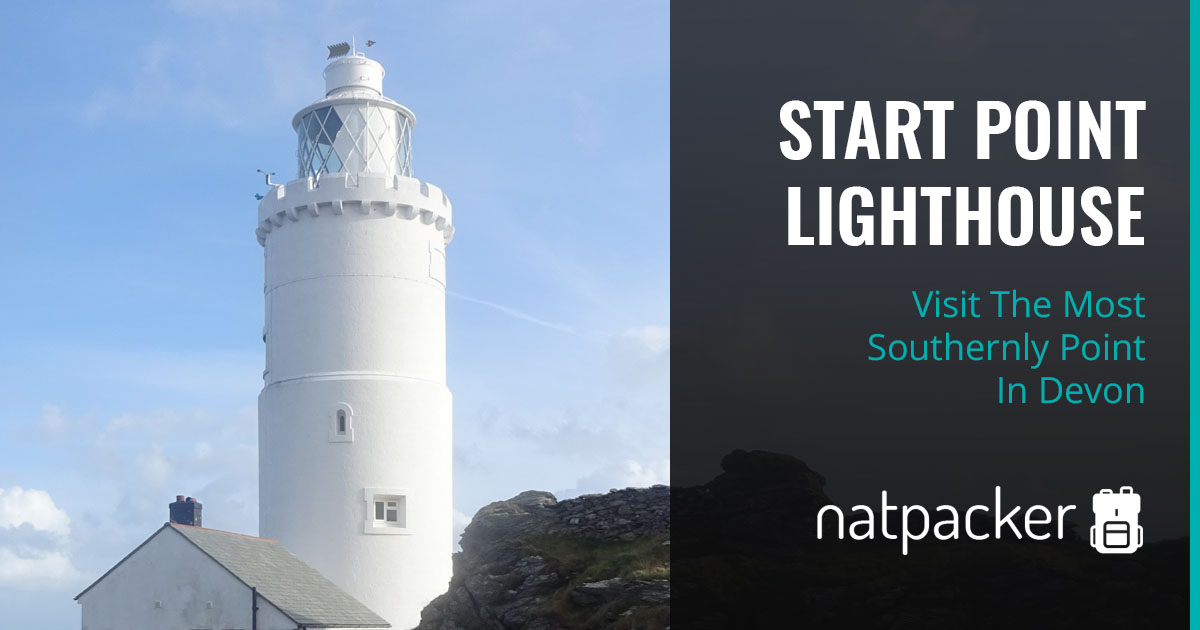