Me, Dave and a friend, Bunny, had booked onto a Macbackpackers tour in July. The tour was called ‘The Highland Fling’ and would take us to Inverness, Skye and Oban. It started in Edinburgh on a Monday, so we decided to stay for the weekends either side. This is the first part of my Highland Fling Adventure, which sees the three of us arriving in Edinburgh for the evening.

Our train left at about 3pm, so we arrived at the station ready for the 4 hour journey to Edinburgh. Obviously, we had a couple of drinks on such a long journey…

Arriving in Edinburgh Waverley we headed out into the summer evening. We had booked the hostel Malone’s, which is over by Greyfriars. So we headed up to the Royal Mile and found our way, I’m not sure how, We came to it in a way that I wouldn’t have known, but at least we found it!

My main memory of this hostel is steps. LOTS OF STEPS! We climbed up and finally came to reception. We were then shown to our room which was… You guessed it, up more steps! We’d booked a four bed dorm between the three of us, as we didn’t think it’d be fair on a randomer to be placed in with us! 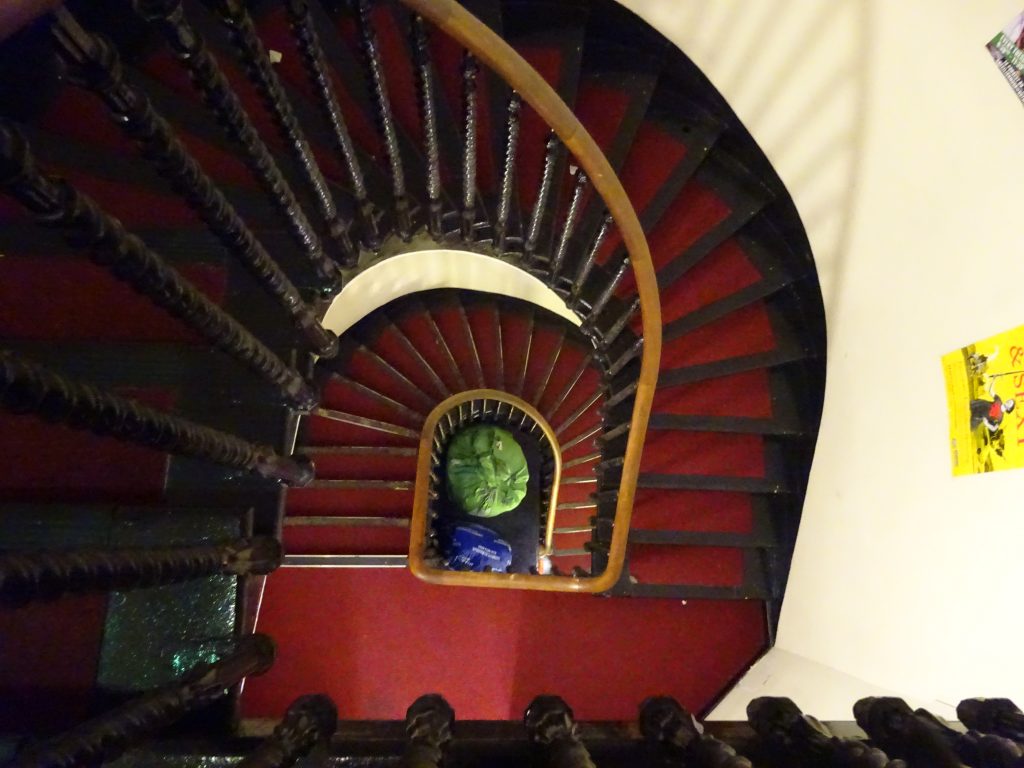 As I Said, LOTS Of STAIRS!

I actually wasn’t sure where abouts the hostel was at this point – we’d come a way I didn’t know. So we went on the search for something to eat. Soon we passed Greyfriars Bobby, and I realised where we were.

We walked a little past Bobby and found Bobby’s Cafe, which stated it was a Fish and Chip shop. So we went in, turned out the Fish and Chip shop was a lie. It wasn’t. It was a falafel bar. We had some food any way, and I wouldn’t recommend the place…

We left Bobby’s Cafe quite disappointed and unfulfilled, but we wanted to make a night of it. As we left we saw a sign for live music at Greyfriars Bobby Bar and it was better than just live music. It was a sign for Graeme E. Pearson, whom me and Dave had seen last time we were in Edinburgh – we liked him so much we bought a CD! 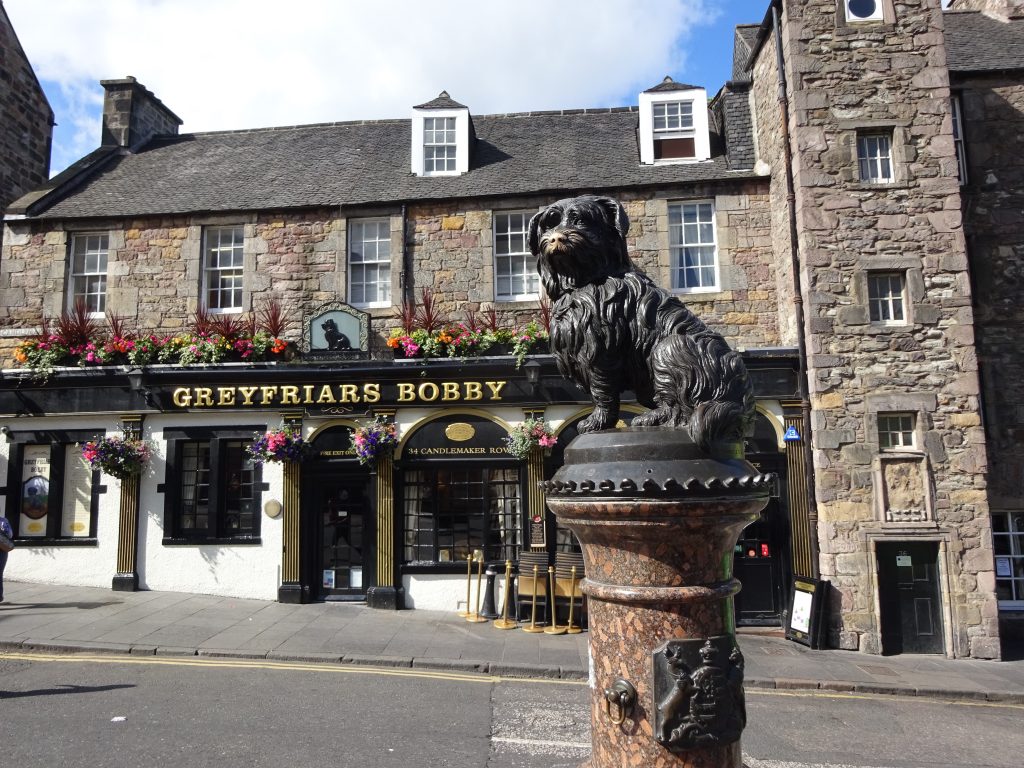 Greyfriars Bobby and The Pub Behind

So obviously, we went it. The pub was packed! And it’s no wonder, it wasn’t long before I was reminded why I love this guy! He sings traditional Scottish folk songs, with a splattering of folk songs from other countries and some modern. And as someone left a table he spotted us standing and pointed out the now vacant table to us – he did this to others throughout the show – and waited for us to sit down before carrying on.

A couple of highlights from the show – he played Killiecrankie twice, as a late comer requested it after he’d already sang it. And we requested a song from his CD “Skittery Dog”, but he told us he hadn’t sang it for years and could barely remember how it went! He wrote it in a rush as he needed one more song for the CD! And now it gets requested all the time! He has a great relationship with the crowd and is a great performer. I recommend you track him down if you’ve got a night in Edinburgh!

A Not So Early Night

After he finished, we headed to the hostel, with the plan of getting some sleep. But we arrived and noticed Malones Irish Pub was still open, so we headed into there instead!

There was a DJ playing, and the music wasn’t too bad. So we stayed for a while! In fact, we stayed much longer than we planned to! Finally we decided it was time for bed and headed up into the hostel.

Want to read more of the Adventure? Go to Day 2, where we have a full day in Edinburgh. 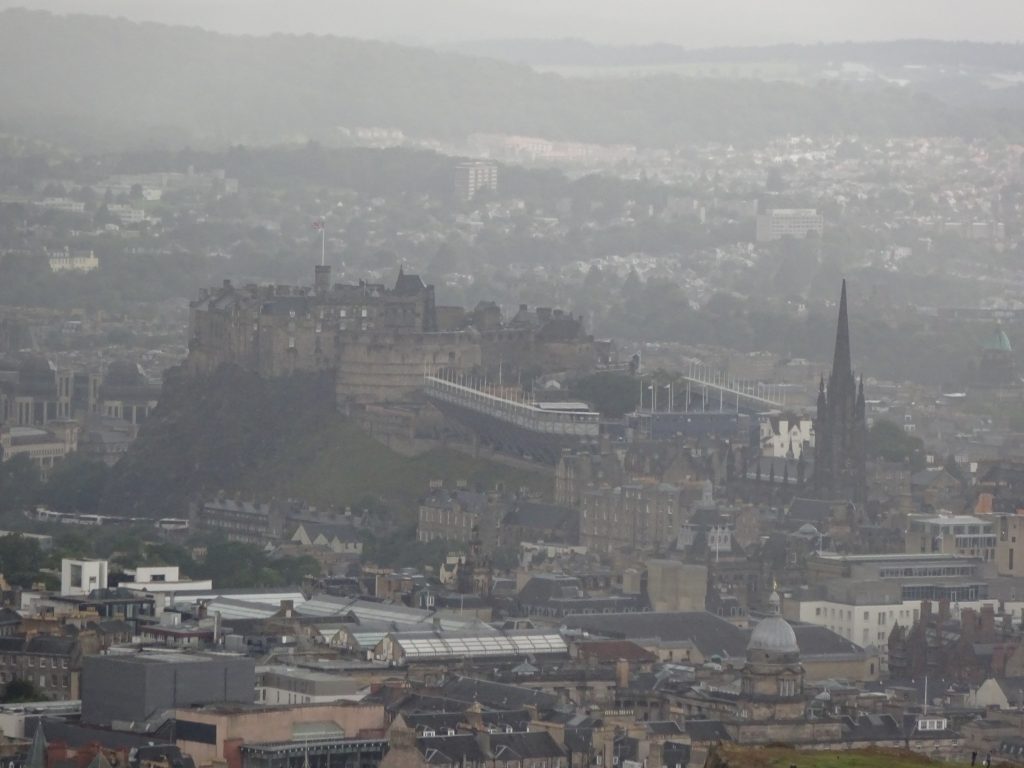 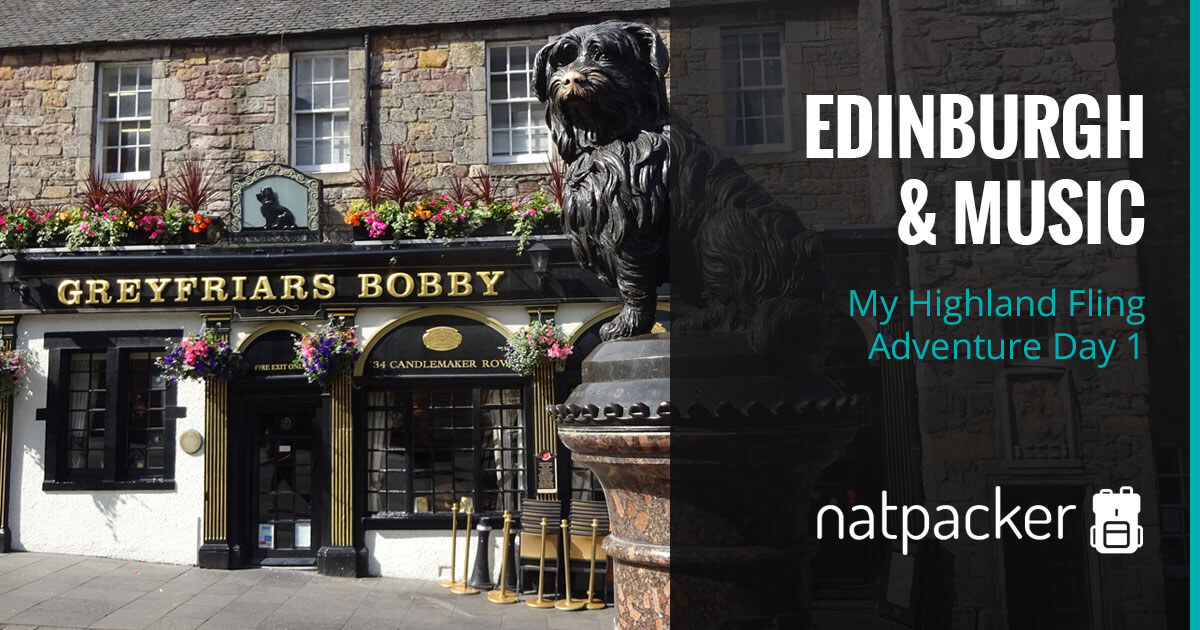