“Man cannot discover new oceans unless he has the courage to lose sight of the shore.”

Starting out on your first big adventure can be scary, even if it’s just your first weekend somewhere new on your own. But you’ll never do it unless you take that first step, which you need courage to do.

This quote comes from the French author André Paul Guillaume Gide. He was born in Paris in 1869 to a Protestant family. André Gide is known for his fictional and autobiographical works. Many of his works can be seen as an inquiry into freedom and empowerment within moralistic constraints. He won the Nobel Prize in Literature in 1947 for his “comprehensive and artistically significant writings.”

Apparently the quote is actually a misquote or mistranslation. The real quote is, supposedly “One doesn’t discover new lands without consenting to lose sight, for a very long time, of the shore.”

This quote tells how it is a big step to first delve into travelling. Most people take their first travelling, or backpacking, experience on their own, as a couple or occasionally a small group of friends. Either way it is a scary first step. You will be living out of a backpack for length of time that you may or may not know. You may have everything planned out, but something will go wrong eventually. And when it does you can’t just run home to mummy and daddy.

When you take that step you are leaving your security and everything that you see as ‘safe’. It’s scary and you need courage to do it. Whether it is buying your ticket or actually checking in to the plane, you will have second thoughts at some point at the start of your journey. But you shouldn’t let your doubts convince you to turn around. Stick to it, gather your courage and have an adventure! 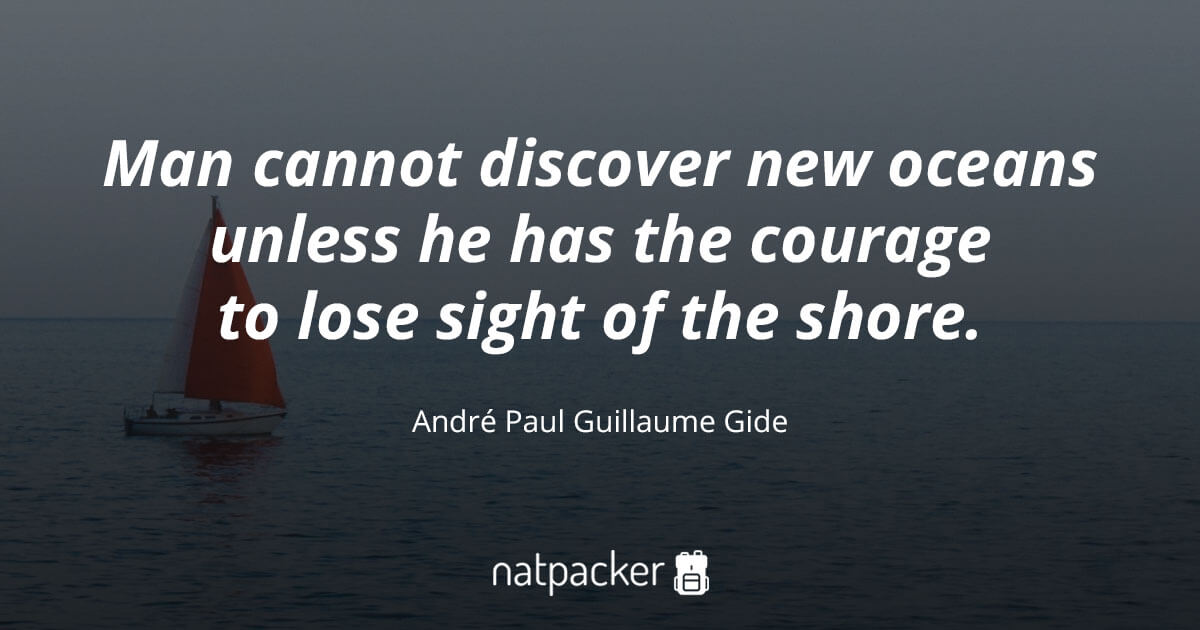