The Petronas Twin Towers have become a symbol of modern Malaysia. Situated in what is known as the Golden Triangle, which is the heart of modern Kuala Lumpur, and is one of the main attractions in this area. If you’re looking for things to do in Kuala Lumpur, visiting this skyscraper is a popular choice. You can either visit them from the outside or go up to the Sky Bridge to see Kuala Lumpur from above.

About The Petronas Towers

Petronas is actually short for Petroliam Nasional Berhad, which is Malaysia’s national petroleum co-operation. Since being established in 1974 the company has grown to be an international oil and gas company with business interests in 35 countries.

The Petronas Twin Towers (Menara Petronas) are twin skyscrapers in Kuala Lumpur, Malasia. These towers were first planned in 1992 and the building of them was completed in 1996. At first, it was argued if the cost of the Towers would be a waste of money and a drain on the economy, but they are now seen as a symbol of modern Malaysia and are a stunning piece of architecture. The tower on the west (Tower One) was built by a Japanese team and the other, the east tower (Tower Two), by a rival Korean team. The Japanese completed their Tower first, but it was the Koreans that were awarded the honour of completing the Skybridge. The Petronas Towers height is 451.9m, which is 88 stories high. 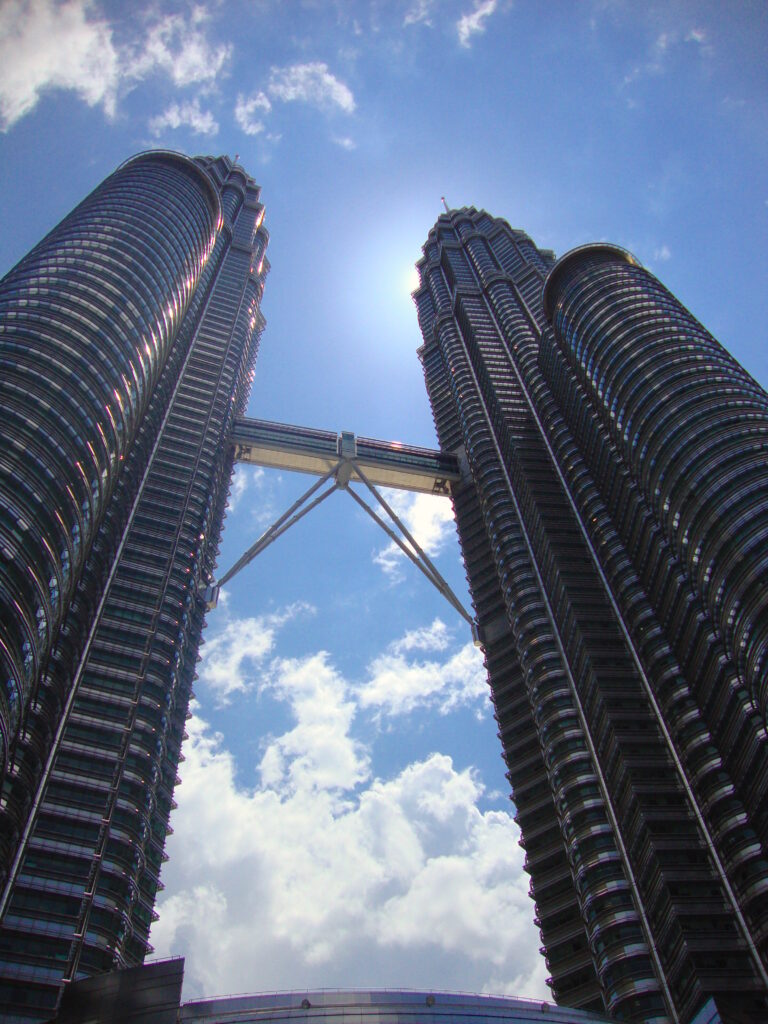 The Petronas Twin Towers Are A Icon Of Malaysia

These towers were designed to be a 21st-century icon for Kuala Lumpur and so have a post-modern design, which has also been influenced by Islamic art.

The Towers have an unusual eight-pointed, cross-sectional profile that is inspired by Islamic art. Inside, the interior walls are decorated with an abundance of squares and circles, symbolising harmony and strength. The Towers are also influenced by Chinese numerology, having 88 floors and being in the postcode 59088, 8 is an auspicious number in Chinese numerology.

The Petronas are not only a tourist attraction in Kuala Lumpur and a major landmark for the city, but they also have functional uses. The skyscrapers are also office buildings and serve as the headquarters for PETRONAS.

Theese were groundbreaking when first built and broke a number of records. Here are some interesting facts about this skyscraper in Kuala Lumpur: 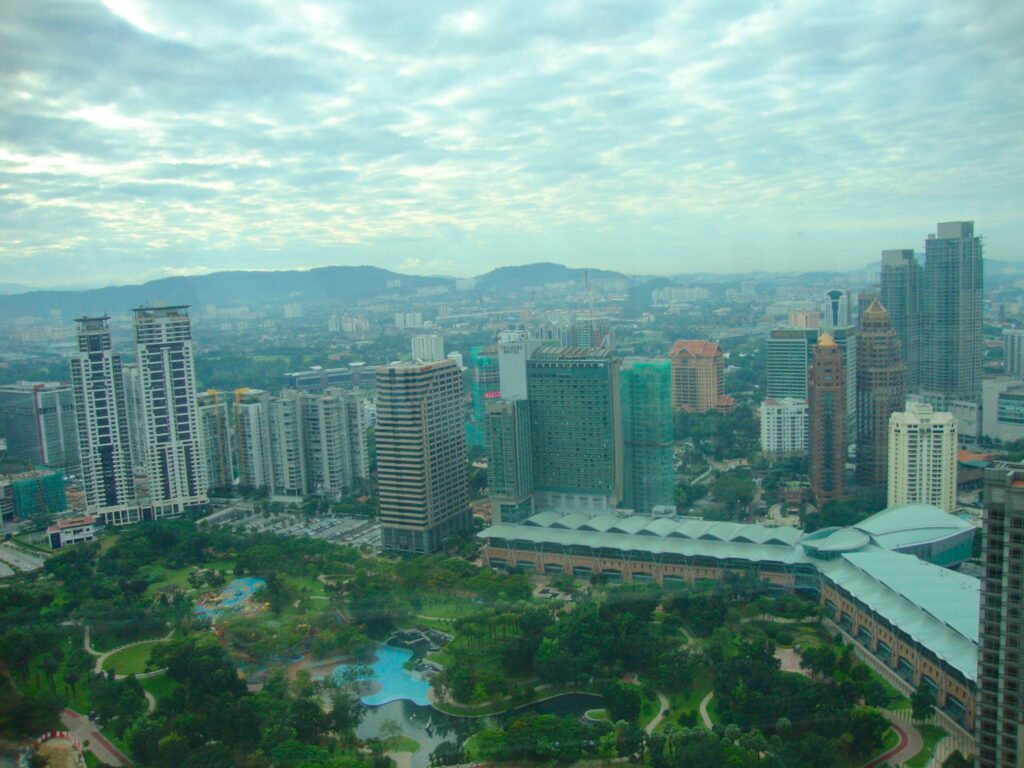 The Petronas Towers Give A Great View Of Kuala Lumpur

If you want to visit the Kuala Lumpur twin towers, you can’t really miss them. Like the Kuala Lumpur Tower, the Petronas Towers can be seen dominating the skyline at different points in the city. Seeing the towers from the outside is completely free. If you want to go inside you have to take a tour which will take you to the sky bridge and observation deck at the 86th storey.

Going up the towers is possible with an organised tour. This begins with interactive displays that tell the story of the Towers, from the first conception to completion. You will then enter an elevator and ascend 170m, to the Skybridge. The Skybridge joins the Towers on the 41st and 42nd floors and is the World’s highest 2-storey Skybridge. From here you ascend further to the 86th floor, for spectacular views and learn the story of Malaysia’s vision. 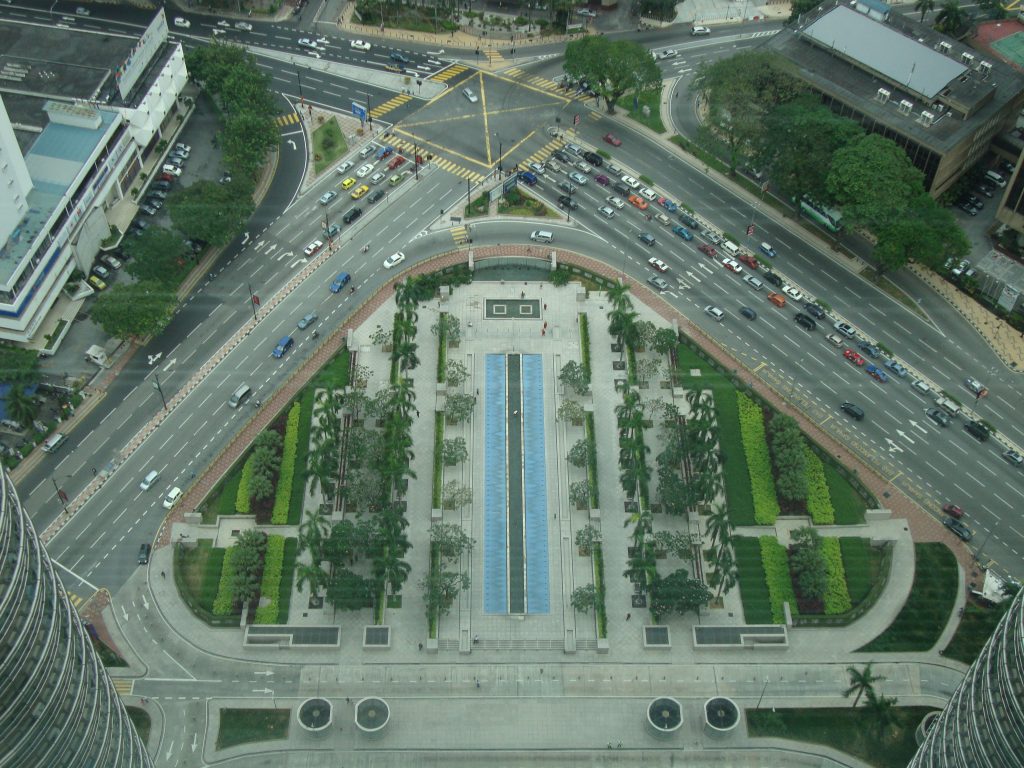 View Of The Entrance From The Sky Bridge

If you like to get a great view of a city, be sure to add Coit Tower for amazing views of San Francisco and the Empire State Building for incredible views of New York to your list

You can visit the Petronas Twin Towers between 8 am and 5 pm Tuesday to Sunday. Tickets are issued at the towers from 8.30 am on the concourse level and are on a first-come, first-served basis.

Another option is to buy tickets in advance online. You can do this at the Petronas Tower website, or you could get tickets as part of a tour or as a combination like these:

Petronas Twin Towers & Kuala Lumpur Night Tour: Discover the melting-pot culture of Malaysia on this tour. Visit the oldest Hindu Temple, China Town and the Petronas Towers at night and finish with a buffet of Malay cuisine.

Petronas Towers Observation Deck and KL Tower Tickets: See the city of Kuala Lumpur from above from two separate spots. This package gains you access to the Petronas Towers and the KL Tower for incredible views of the city. 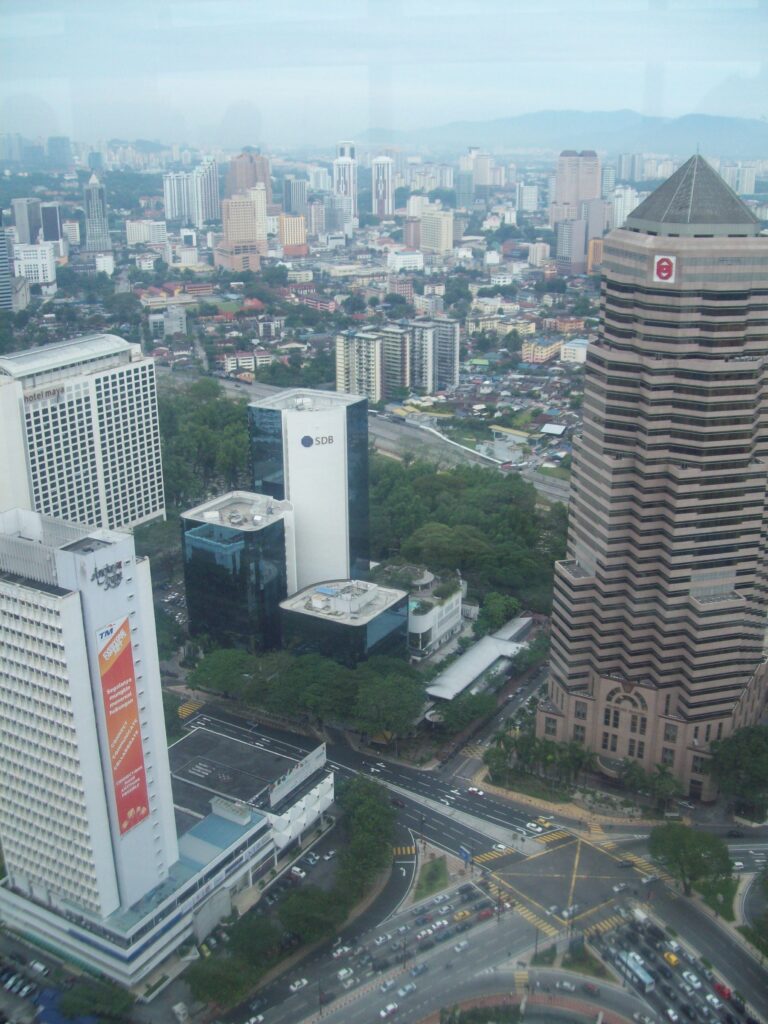 Seeing Kuala Lumpur From These Towers Is A Popular Activity

How To Get To The Petronas Towers

The Petronas Towers can be seen from various points in the city, and being a popular tourist attraction it’s pretty easy to get to. Kuala Lumpur has a great metro system, so it’s easy to get to the towers from pretty much anywhere.

The nearest station to the Petronas Twin Towers is the KLCC station, which is services by the KTM, LRT and MRT. Once you leave this station all you have to do is look up to see which direction you need to head to get to the towers. You honestly can’t miss them from this station. 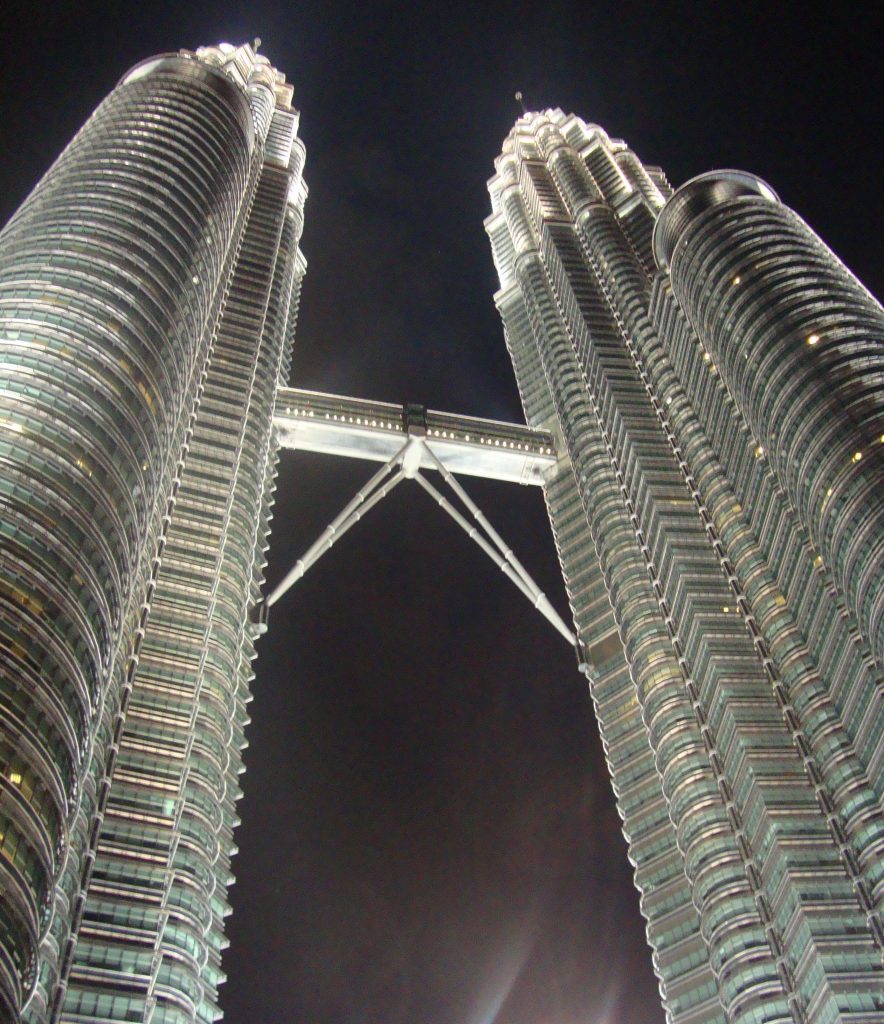 The Petronas Towers At Night

The Petronas Towers are a great piece of architecture, with some great views. A symbol of modern Malaysia, any visit to Kuala Lumpur wouldn’t be complete without seeing this masterpiece.

Want to visit? Check out accommodation in Kuala Lumpur on HostelWorld. 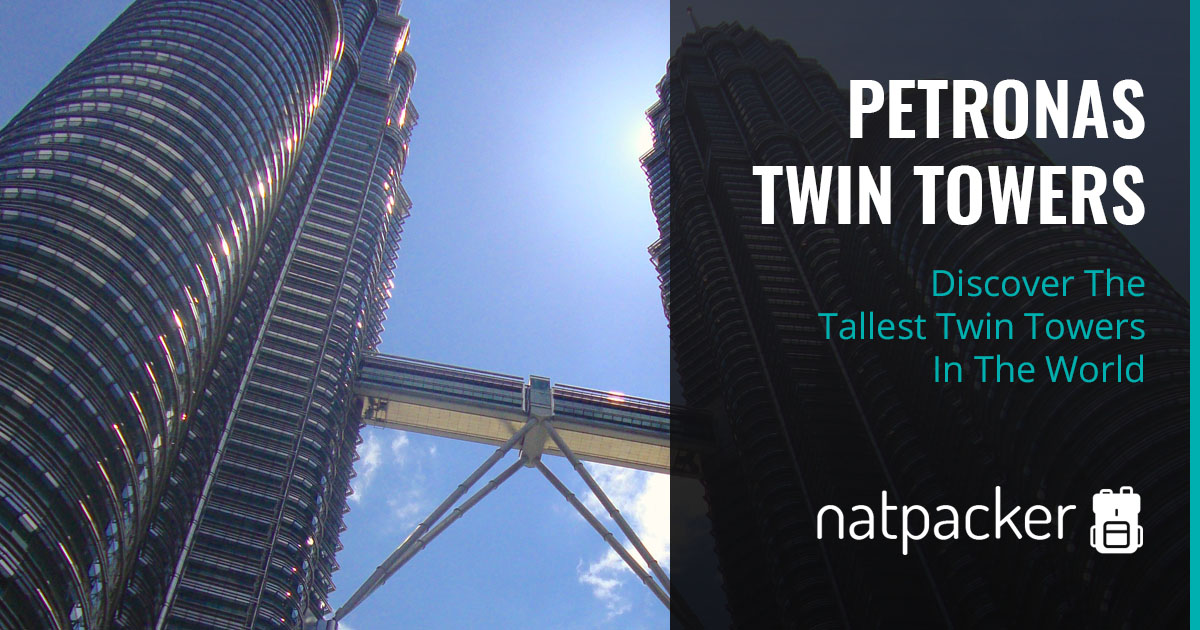