At the end of a narrow sea cove in Sutherland, Scotland, you will find Smoo Cave. The limestone cliffs give way to three caverns that can be explored. Smoo caves are unusual, as there is freshwater and saltwater in the caverns. The caves are beautiful, as are the sea views, and so worth a stop if you are exploring the Scottish Highlands. With beautiful scenery and lots of legends, Smoo Cave is a captivating place to visit.

Smoo cave is part of the Durness Group, and so was formed in the Early Ordovician dolomites. The cave was formed along the boundary between two types of rock, the Sangomore Formation and the Sailmhor Formation. It is both a freshwater and sea cave, which has been formed along two geological lines of weakness. Thought seawater rarely enters the cave anymore, due to the area undergoing an isostatic uplift. 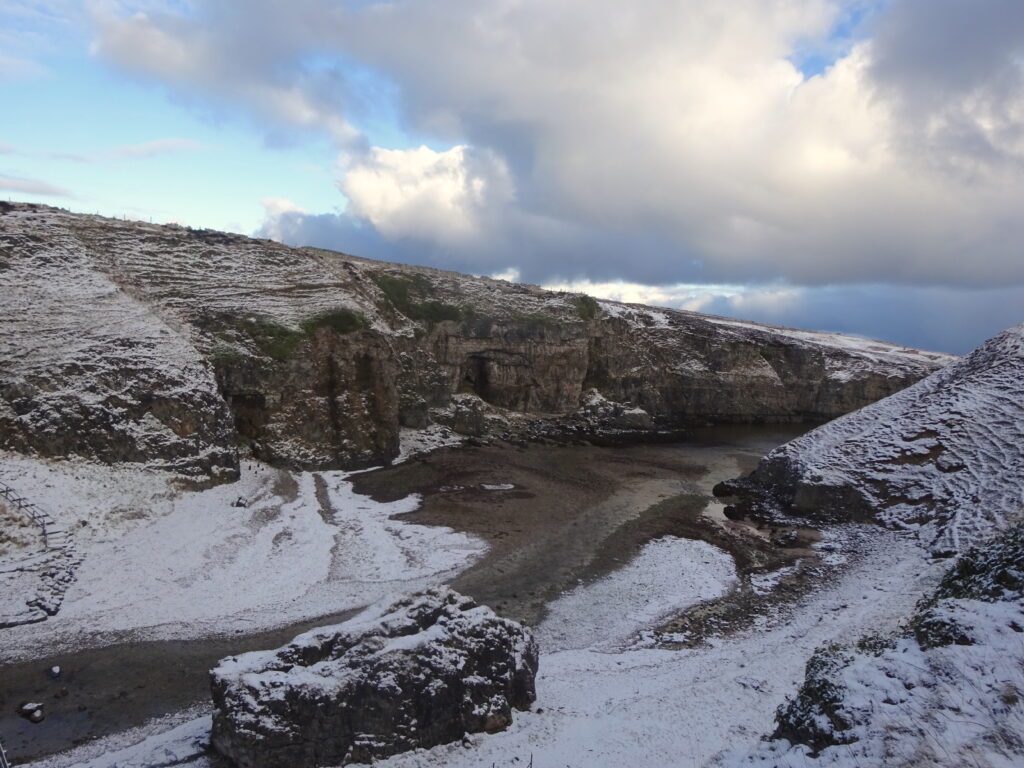 Looking Down Towards Smoo Cave

Smoo cave has one of the largest entrances to a sea cave in Britain. The entrance is 50ft high and 130ft wide, making a gaping hole in the limestone cliffs.

Three chambers of the caves can be explored, which go back 83 metres. Though the cave will go much further back as the stream is here at all times. Naturally, the cave was likely used by smugglers in the past. The name Smoo is believed to have come from the Norse “smjugg” or “smuga”, which means “hiding place”. 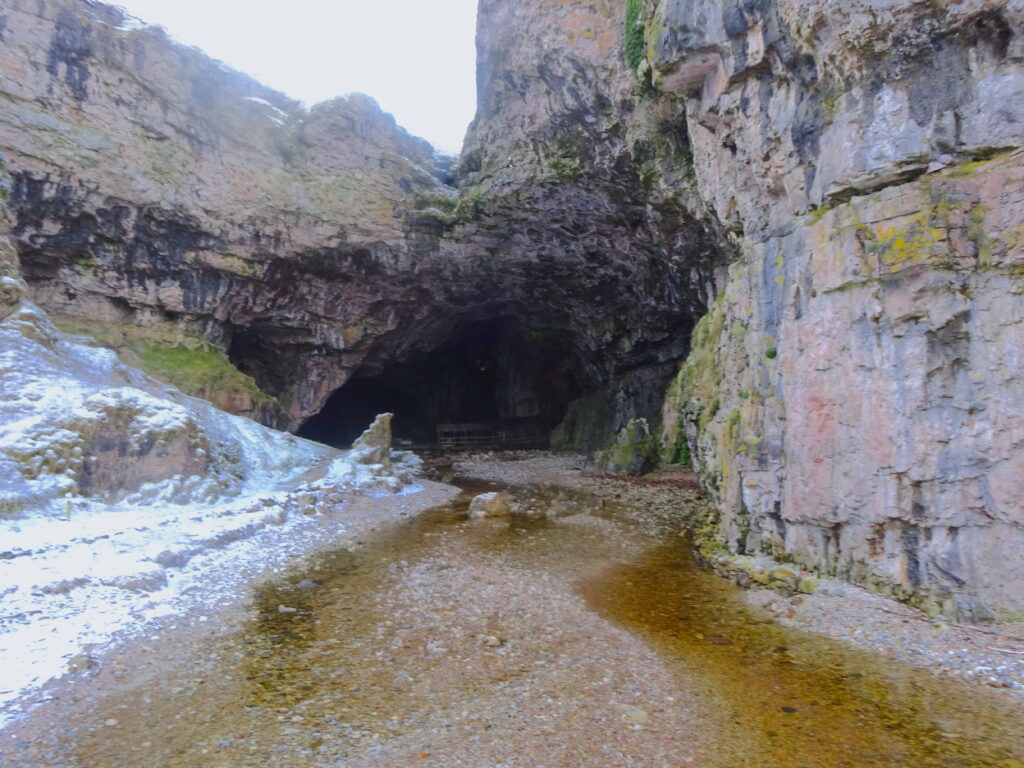 The Entrance To Smoo Cave

It is believed that the cave was occupied during the Stone Age more than 5,000 years ago. Later Norse settlers possibly used the caves as shelter. Sir Walter Scott visited Smoo Cave in 1814, who wrote about it in his diary and brought the cave to public attention.

Above the cave, on the cliffs, there is also a blowhole. This blowhole was the site of some villainous plots.

Legends Of The Cave

Of course, such a beautiful and dramatic setting is home to a number of stories and legends. Old stories state that the gateway to the faerie world is found inside this cave, guarded by spirits. Sir Walter Scott agreed with this, describing the third chamber as exceedingly strange and a perfect place for dark beings from the netherworld to reside.

One story tells that a local man, Donald MacKay, sent his dog into the chamber. As the dog came back terrified it is certain that the devil can be found in the cave. As the Devil tried to follow the dog to cause some mischief the sun rose, leaving the Devil powerless. The Devil then threw a dickie-fit and blasted his way through the roof of the cave, which is how the blowhole was created. 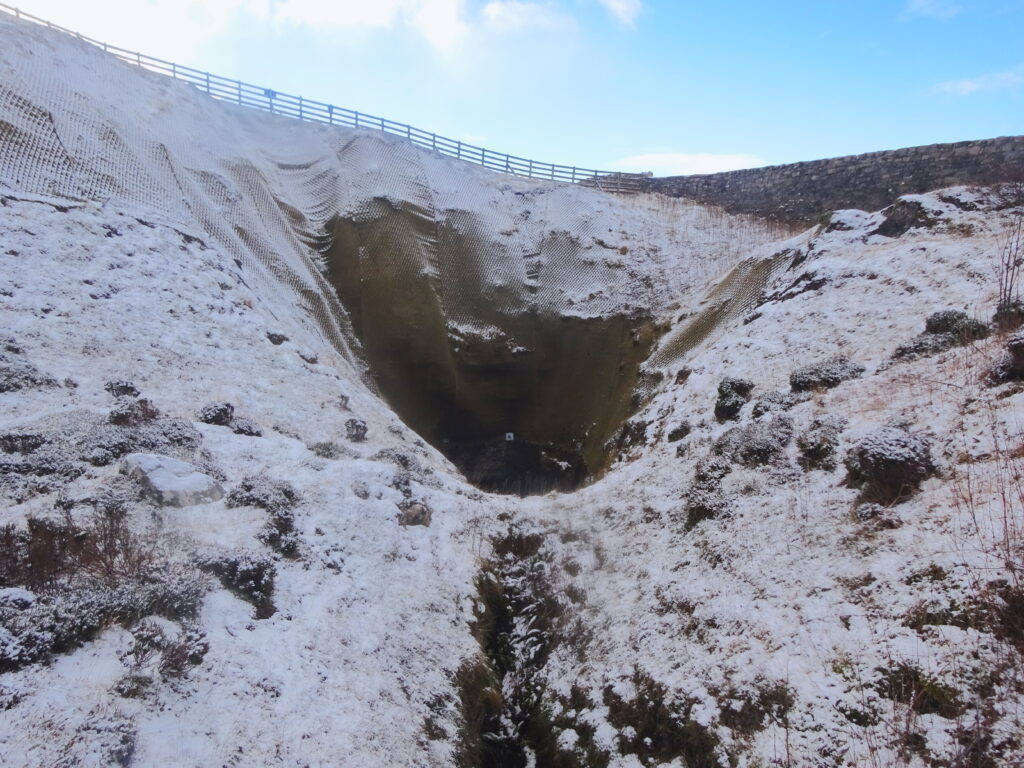 Other stories tell that the cave was the scene for a number of murders during the 16th century, as highwaymen were found here. One such tale tells of the highwayman McMurdo, who threw his victims down the blowhole.

Another tale tells of a Donald MacKay in the 1700s (though I am unsure if it is the same MacKay who sent his dog to look for the Devil in Smoo Cave). The tale goes that two government agents were seeking out illegal whisky stills. MacKay was employed by the officials and was meant to helo them search. He took them into the cave during a high flood and rowed out. MacKay was supposedly a strong swimmer and so rowed the boat close to the waterfall in the cave, purposefully causing the boat to capsize. He was able to swim to safety but the two officers drowned. One of the bodies was never found and it is said that the ghost of this man appears in the foam below the waterfall.

With lost of history and pretty sea views, Smoo Cave (click here for reviews) is well worth a visit. If you’re exploring the Scottish Highlands it is definitely not to be missed.

The is a car park at the top of Smoo Cave (be wary, it gets very busy in summer). From the car park, there are some wooden steps that lead down to the main cavern. There is also a path that leads you over the cliffs next to Smoo Cave, from here the sea views are incredible, so it’s well worth heading out here too. The Walkway To The Entrance

The first two chambers can be explored by foot. There are wooden platforms that lead you into the second cavern. The second chamber is much smaller than the main chamber, but still very impressive. In this chamber, there is a waterfall of about 25m and some eerie rock formations. This forms an impressive blowhole during storms. 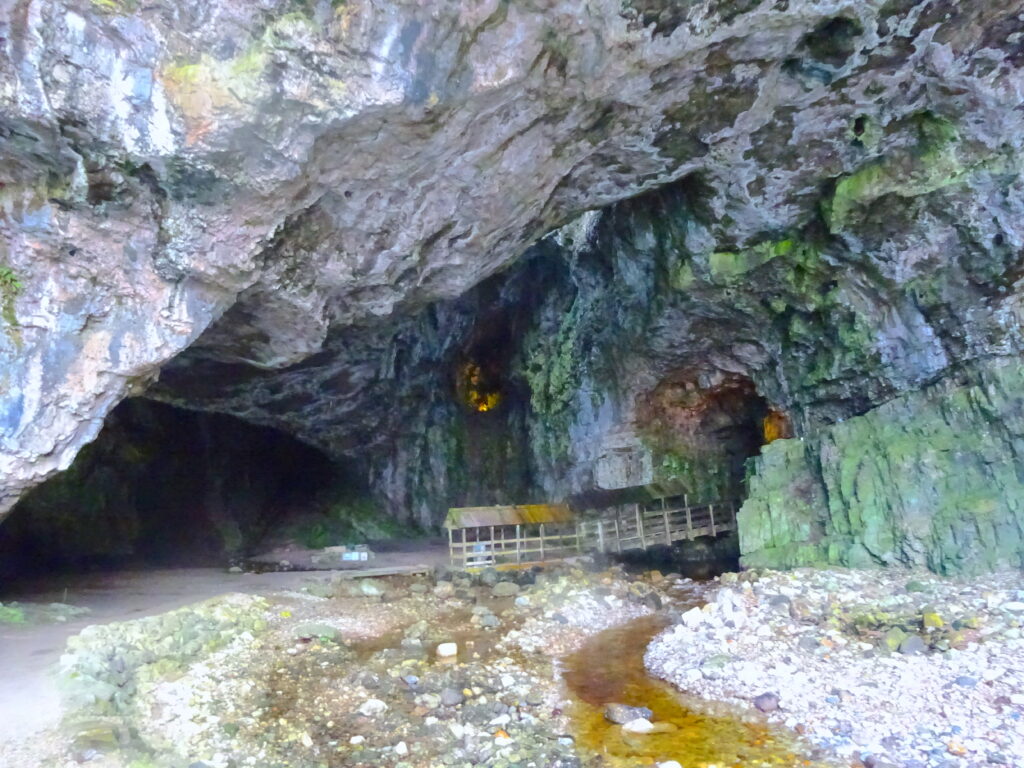 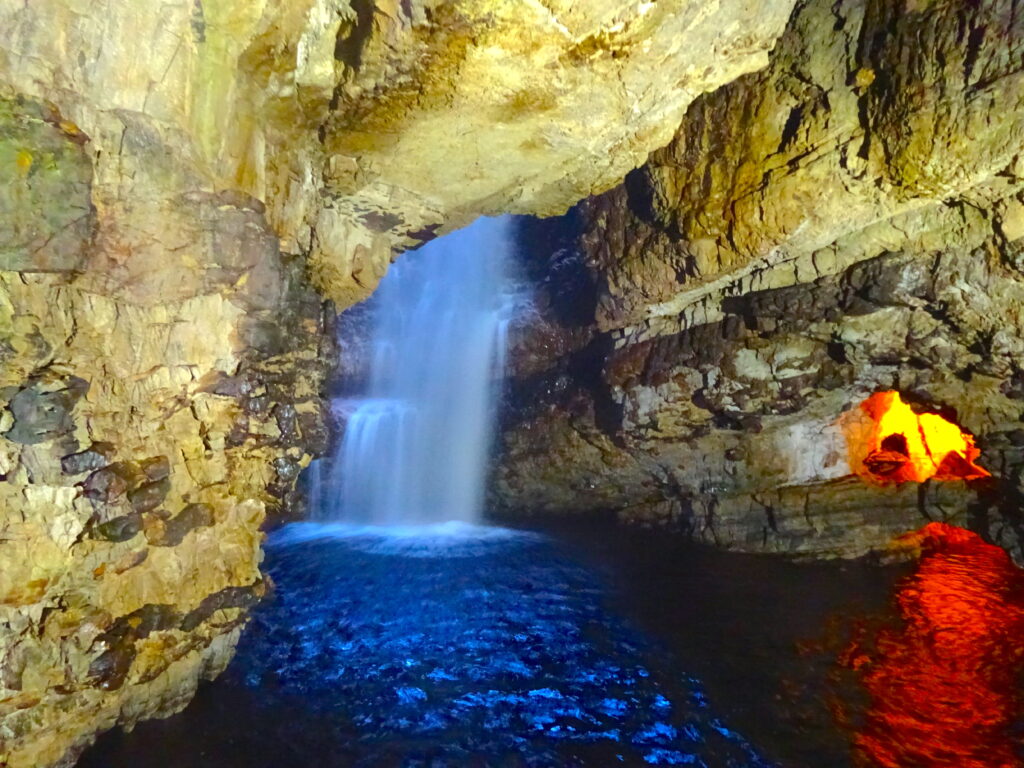 The Waterfall In The Second Cavern

The third chamber can only be explored by boat, which requires you to book a Smoo Cave tour, which you can do here, or there is normally a board with details on it.

Once you have finished visiting the chambers, you can either go back to the car park the way you came or climb the path on the other side of Smoo Cave. At the top, you can walk over the cave, which allows you to see over the blowhole. There is also a circular walking path from here. Personally, I have not done this walk, but you can find details here.

If you plan on exploring around Smoo Cave on foot, grab an Ordnance Survey Map of Durness and Cape Wrath to take with you

Where Is Smoo Cave?

Smoo Cave is found about 1 mile east of the village Durness (which is the most northwestern village on the British mainland). The entrance to the cave is found at the end of a 600-metre long tidal gorge which is called Gaeodha Smoo (Gaeodha is Gaelic for “cave”). If you want to stay nearby, you can stay in Durness, or there are options closer. There is Smoo Hotel or if you are camping, you can stay at Sango Sands.

How To Get To Smoo Cave

As Smoo Cave is out in the highlands, it is not the easiest place to get to. The easiest way to get to the caves is to drive. Smoo Cave is on the A838, as well as being on the North Coast 500 route.

Planning to drive the NC500? Be sure to check out Sandwood Bay too!

Getting to Smoo Cave via public transport is tricky, as buses are scarce in the highlands. But it is possible. Be aware that buses only tend to run during the summer months. The bus that runs between Durness and Lairg stops near the car park. Looking Out Across Gaeodha Smoo From Smoo Cave

To get to the cave from Inverness, catch the bus to Durness. There is one a day which is run by D&E coaches. The journey takes 5 hours and goes via Ullapool. You can find timetables here. This will be a very long day if you do this, and you will end up with only an hour at the cave. Therefore, I recommend hiring a car if you can.

Alternatively, these tours include Smoo Cave.

If you plan on visiting Smoo Cave, you can find nearby hostels on HostelWorld. 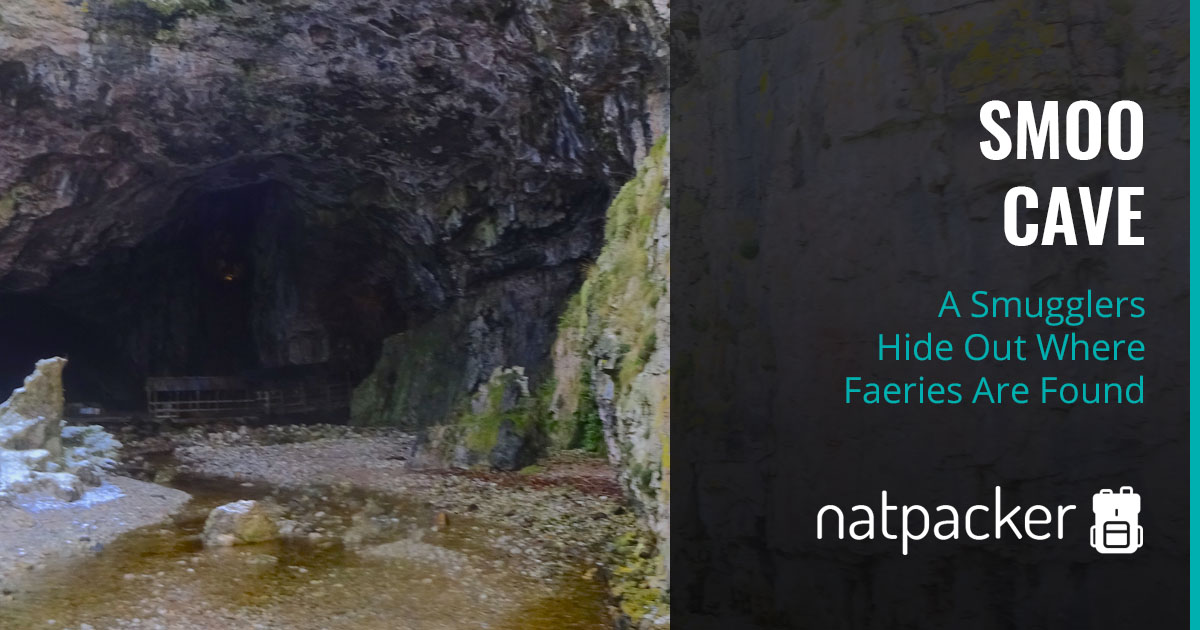